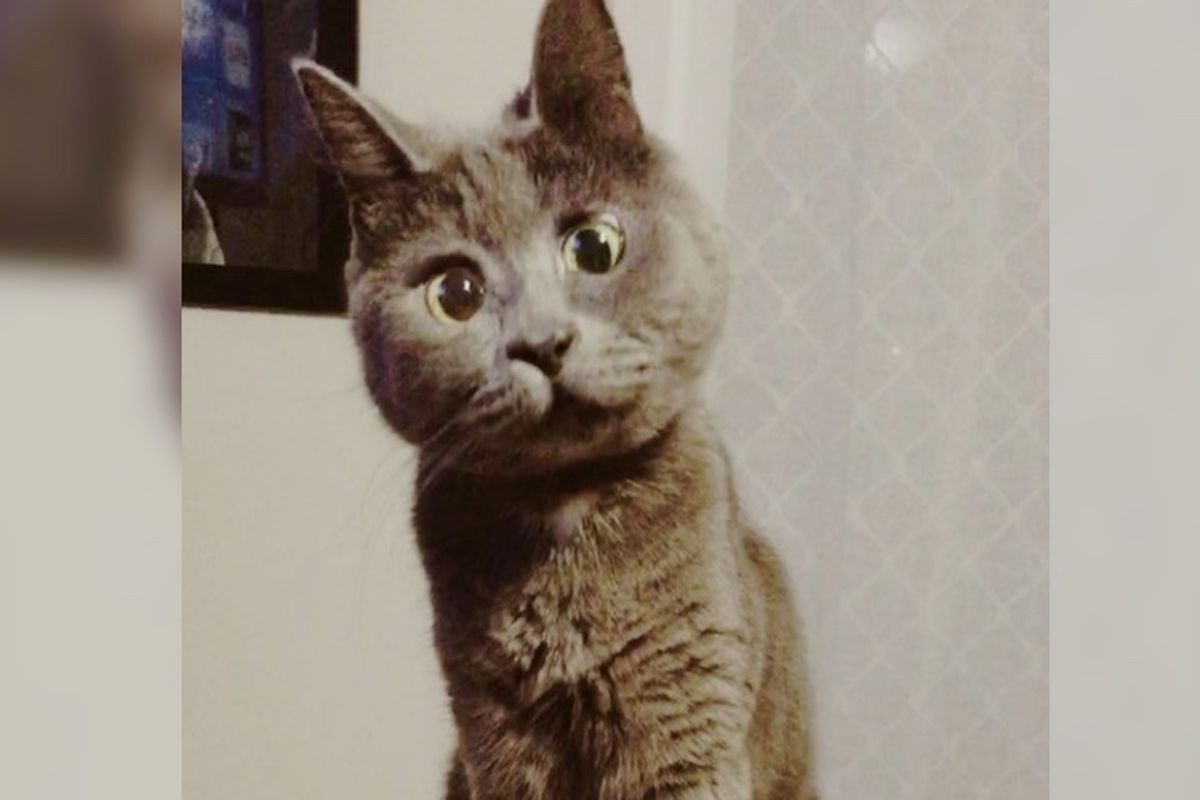 Kevin (@theadventuresofkev) is a very special cat. He was born with a condition, but this little miracle kitty has conquered it against all odds.

"His mama is a veterinary nurse and a lovely lady found him in a carpark when he was around 4 weeks old and surrendered him to the clinic. I fell in love with him straight away and knew I had to give him a chance," Tailah, Kevin's human told Love Meow.

"I was warned that he wouldn't live to see 6 months (if he was lucky) and to not become attached. I told myself that even if he passed away, I gave him all the loving I could. 4 years later and he's still my best little love bug."

Kevin has Hydrocephalus. "It is a fancy word for 'fluid on the brain'. It is a serious condition and can impact sight, hearing and brain function. Kev is a total characteristic of this as he is (not completely) blind and deaf and to put it gently... he's very 'special.'"

Despite Kev's condition, miraculously, he has never shown any signs of discomfort. "For Kevin, the biggest concern was that he would seizure. 4 years in and he's never had one! He shows no signs of nausea and is the happiest little kitten," Tailah told Love Meow.

"He's very little for his age (3.8kg was his last weight). His favourite thing in the whole world is playing in his 'man cave' and he loves cuddles!

"His man cave is the name we've given to his own personal balcony that has been enclosed and fitted with a cat door. It's also been styled with some luxurious cat grass, a house and endless toys!"

"As Kevin isn't allowed outside due to his less than average sight and hearing and he gets spooked so easily, we've brought the outdoors in!"

"If you met this little bundle in real life, you would see what we all see. A funny, happy, silly, loving little cat!"

Cleaning is a serious job!

They celebrate Kevin's every birthday and milestone. He loves sharing his every adventure with his humans.

"He is the happiest, funniest, silliest little kid I know and I'm so glad I was able to give him a chance at life.

"A chance he grabbed with both paws and ran with!"

Kevin playing outside with his human on his 2nd birthday.