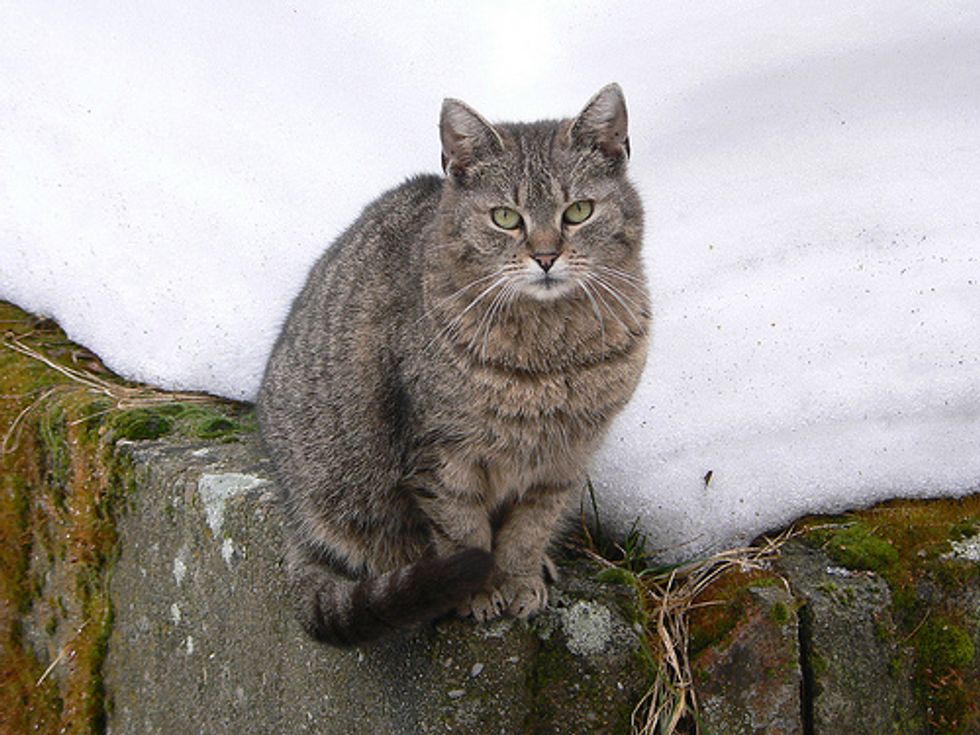 A tabby cat refused rescuers' help, spooked and jumped 40ft (12 meters) off a building but somehow made it to the ground completely unscathed.

The cat named Tiger was missing for 11 days until he was seen on the roof of a house in Moorend Park Road, Cheltenham (U.K.). A crew of firefighters came to rescue.

RSPCA received a phone call at 8:40 that morning from the homeowner who said the cat got into their chimney and climbed up to the roof.

Firefighters assembled a rescue platform for Tigger who was apparently scared and hiding behind the chimney. When the firefighters tried to grab him from the roof, he took a huge leap off the top of the house and landed on the grass.

Mary Nightingale, Tigger's owner heard meowing from the roof the entire day, but she did not realize it was her cat until she saw his face from the chimney.

"Anything can happen with these sort of rescues. The animals can get spooked as this one did and then fall off. He was lucky not to be injured. This is a good example of why cats should be microchipped because they can get in so many situations you would not believe" said Judith Haw, spokeswoman for the RSPCA.

Even though Tigger was trying to run away after he landed on the ground, he was eventually captured and returned home.

"He has had a good feed and has now fallen asleep on the chair. I am amazed he hasn't even broken a bone" said Mary.

[actual image not available. image via]

Story via this is gloucestershire.co.uk