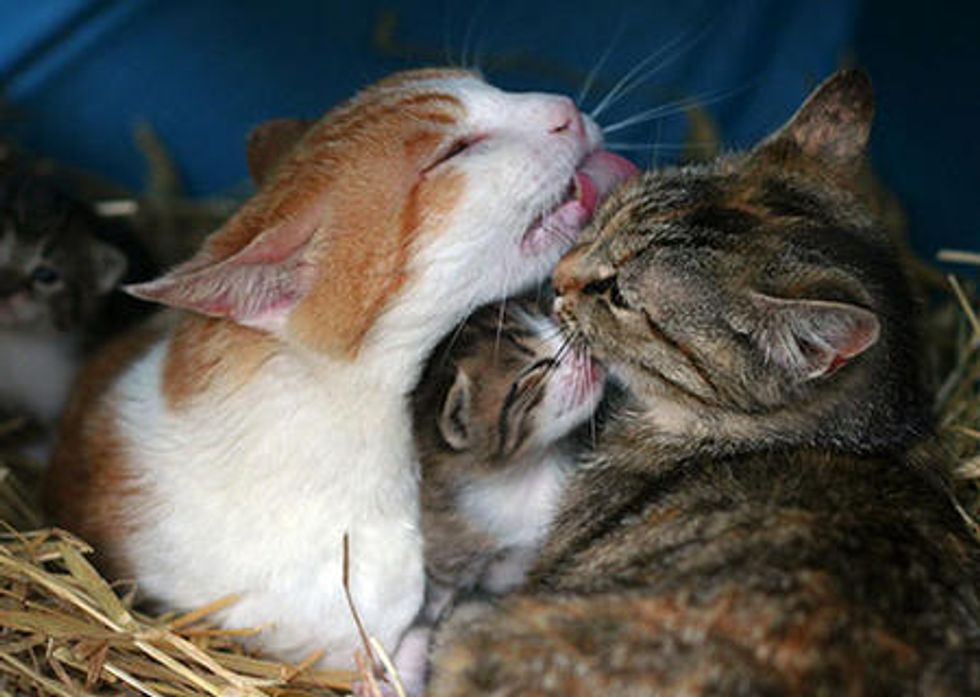 A feral cat named Specter is the babysitter to many kittens from the barn. "Specter is a male cat that showed up here a couple of years ago. At first we only saw fleeting glimpses of him running to and from our barn (so I named him 'specter' - like a ghost). Eventually he became brave enough to come up onto our deck, where all of my cats get fed... He's finally grown to trust us and is one of the sweetest ccats I've ever met," said Liv, animal lover from Southern Indiana.

Specter is unlike other feral cats. He has a heart like a parent. Whenever he sees little kittens, he ears perk up and he takes to them as if they were his own. "We call him 'The Babysitter' because when the kittens were tiny, Specter would always lay with them. He would lick and groom them, and sometimes we'd even catch the babies trying to nurse off of him." He likes to sleep in the hay with the kittens and "kisses them all over, just like a mother cat."

"Specter is definitely at his happiest, when he's surrounded by kittens," Liv wrote.

Specter not only adores kittens, he loves his doggie friends too.