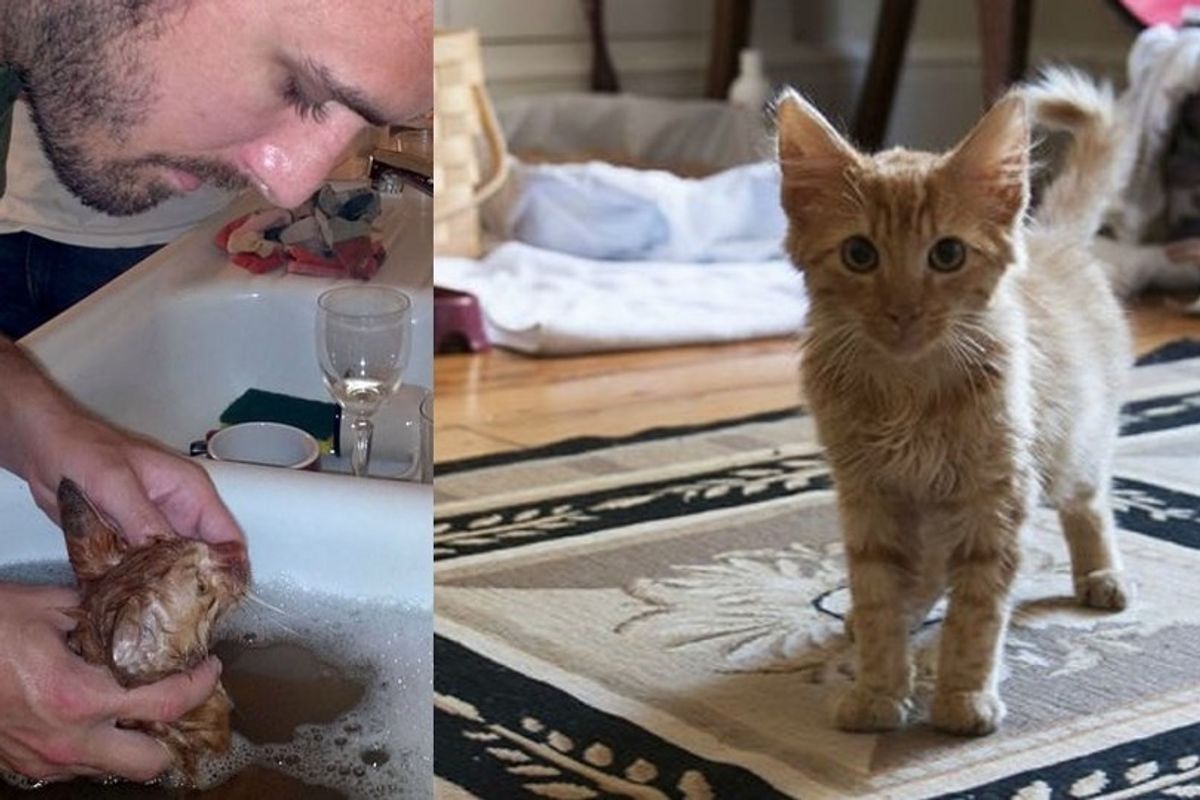 Man Saves Cat from Woods and Nurses Him Back to Health

A man spotted a hungry, dirty, flea infested kitty in Virginia. Though he was from out of state, and was there working on an independent film, it didn't stop him from bringing the kitty to a safe place, cleaning him up, and nursing him back to health. This is the story of Cheeto's recovery: from a little homeless ginger to a happy kitty who now has a place to call home.

Little Cheeto was found out in the woods. He was famished and "Battling the cold, starvation, dehydration, and covered in bugs, fleebies, and his own mess- the little guy is worn out. 1 lb 2 oz," Reddit user Chasemburger wrote. "We named him CHEETO because his body was so skinny and his head was so big in comparison- like Chester Cheetah."

"My mom adopted him- well, I let him stay in her apt. for one night and that's all it took. Cheeto's new home!" said Chasemburger.

He found the kitten out in the woods. Cheeto was a bag of bones. Reddit user Chasemburger didn't have anything but a subway sandwich. "He liked Subway or really any food at that point." 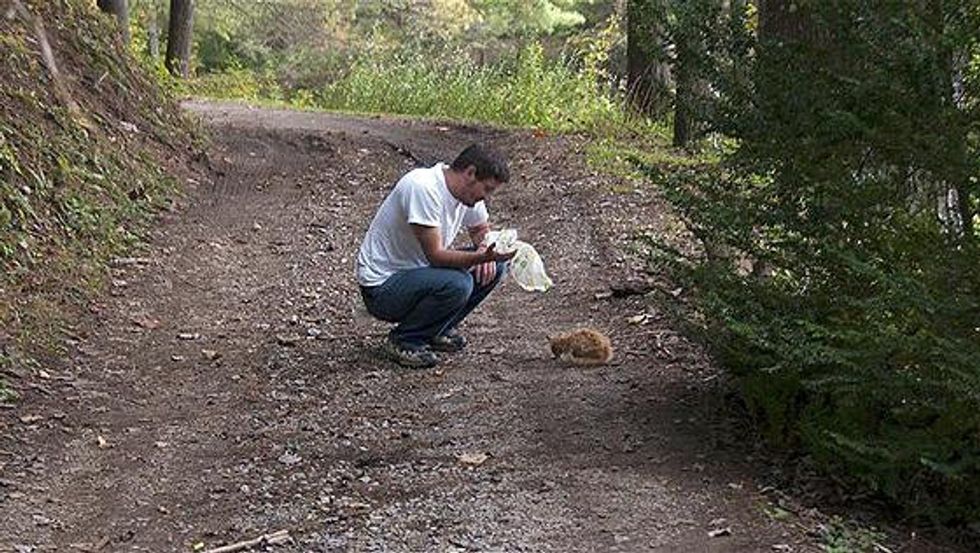 Exhausted. The little guy is worn out, weighing in at only 1 lb 2 oz 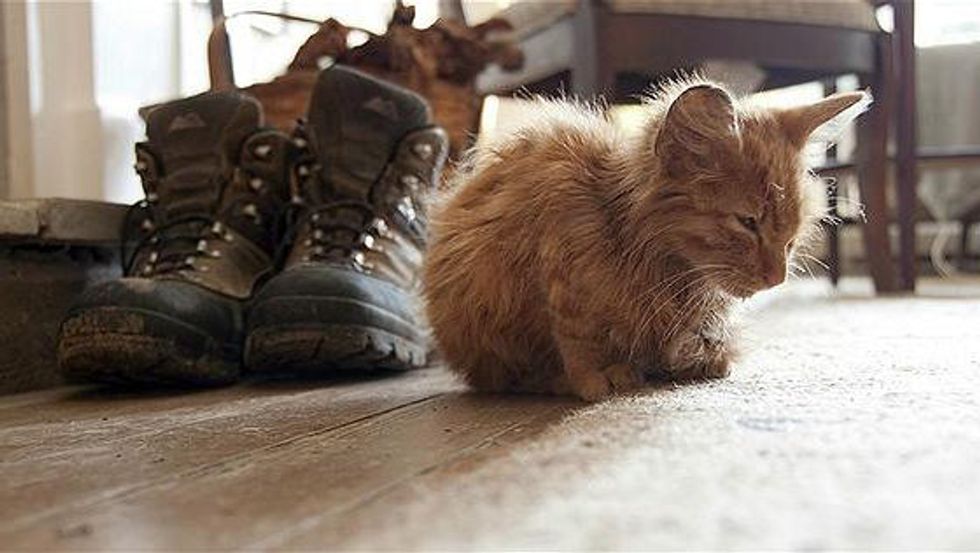 A nap time before bath time. 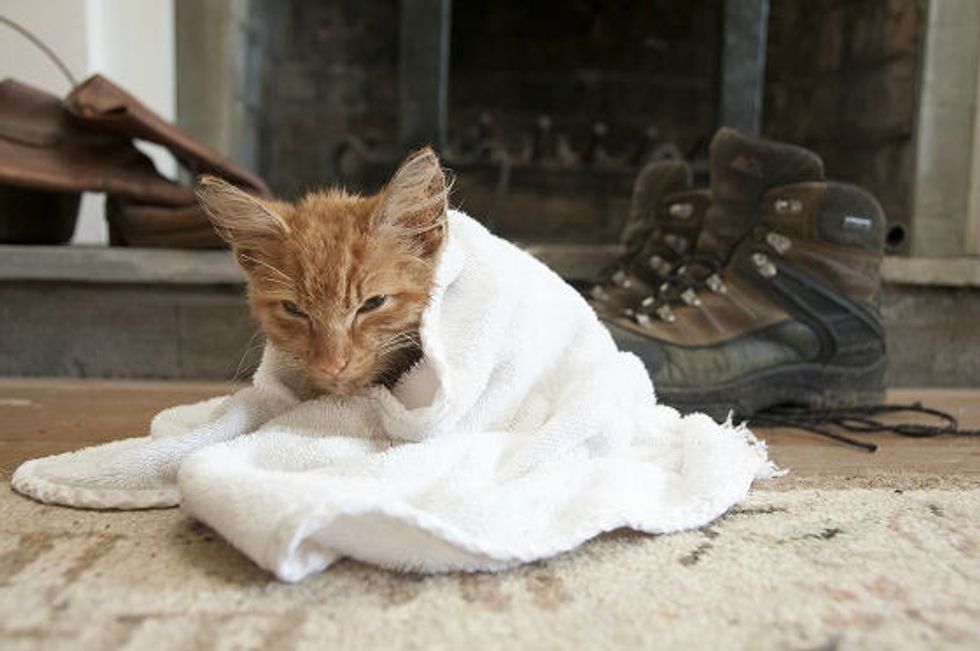 Chasemburger wrote: He was covered in at least a couple hundred fleebies and serious grime. That water was clear before we dunked him. 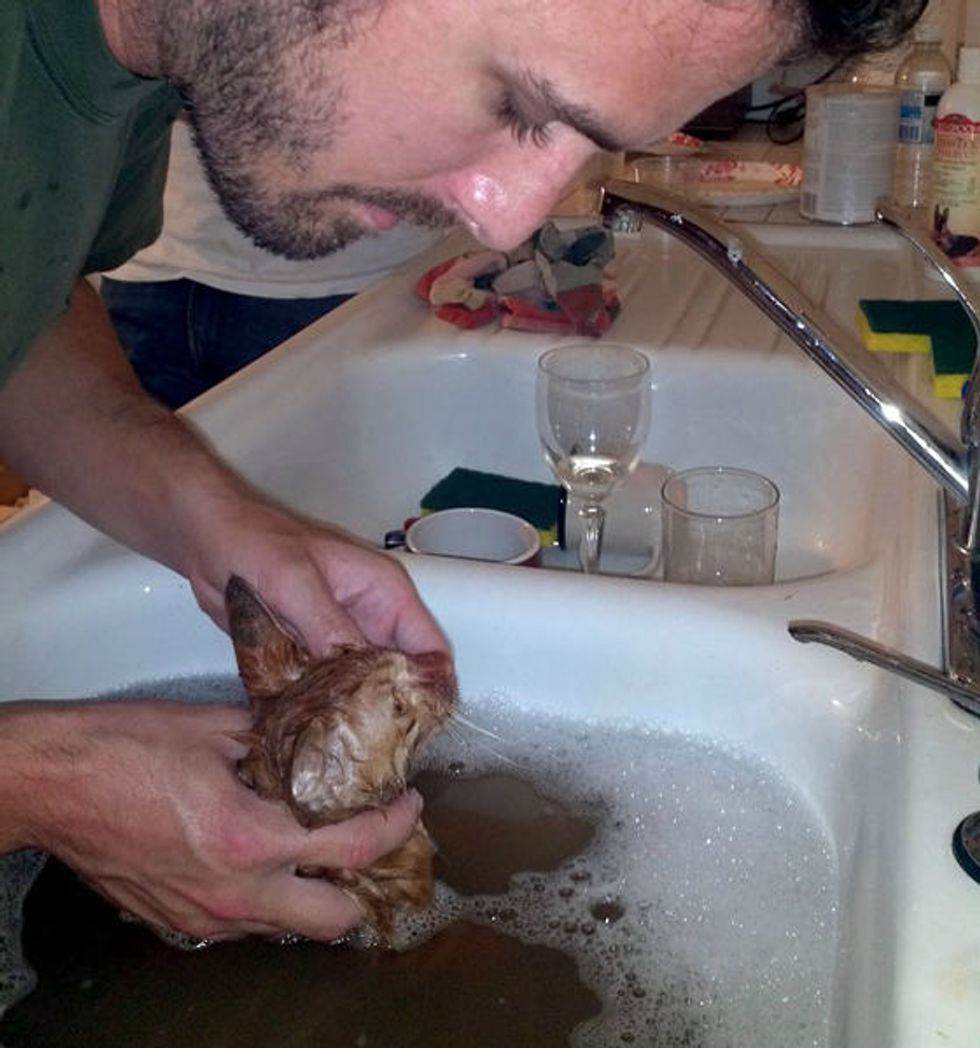 First time on all fours exploring 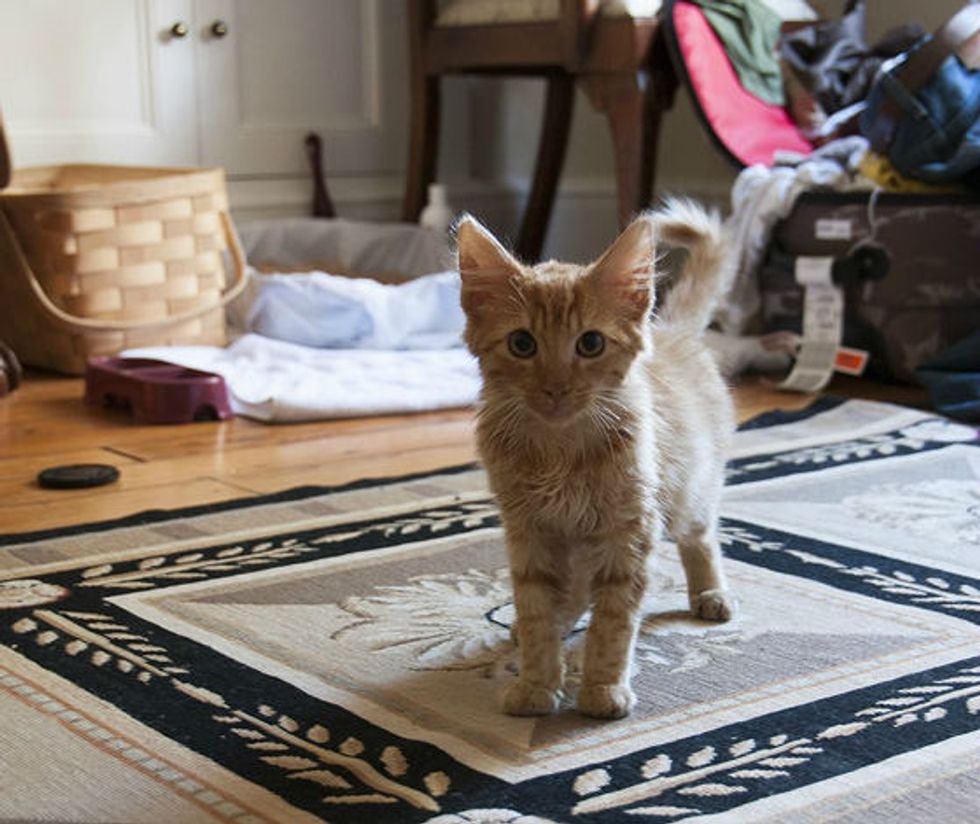 His safe place before they took him on a plane 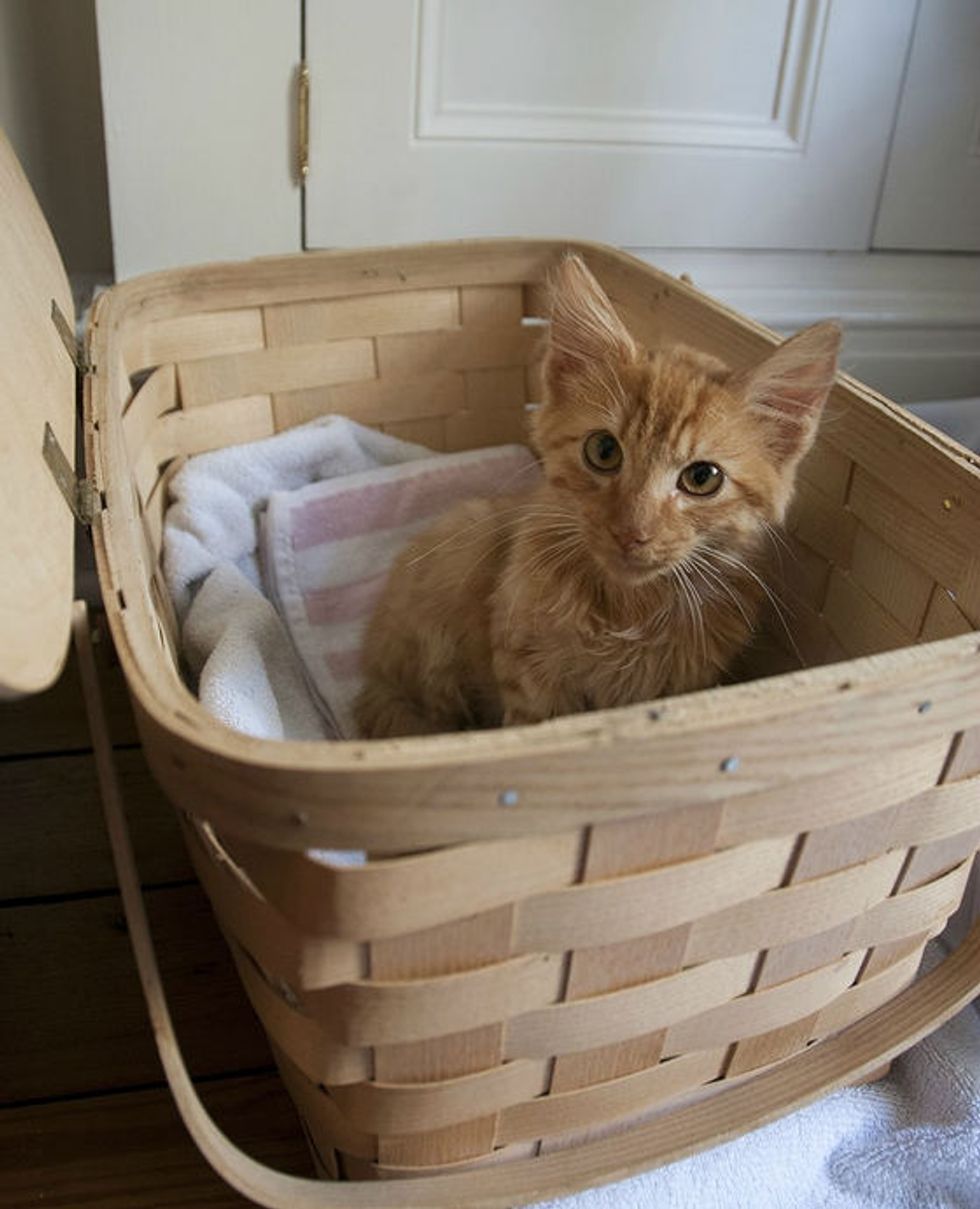 They flew him home with them. 3 weeks later, he couldn't stop playing 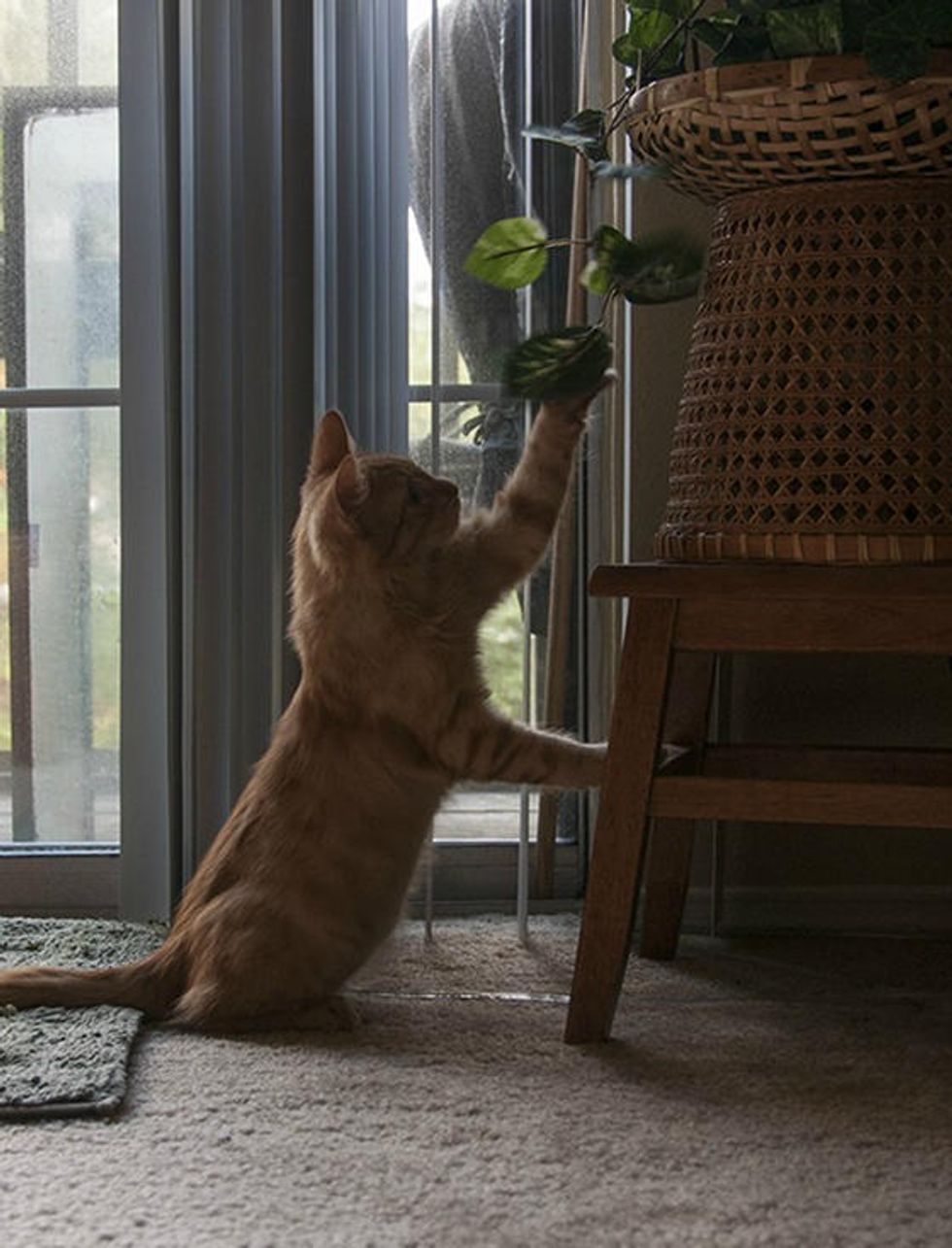 Now he has fully recovered at 5 lbs. 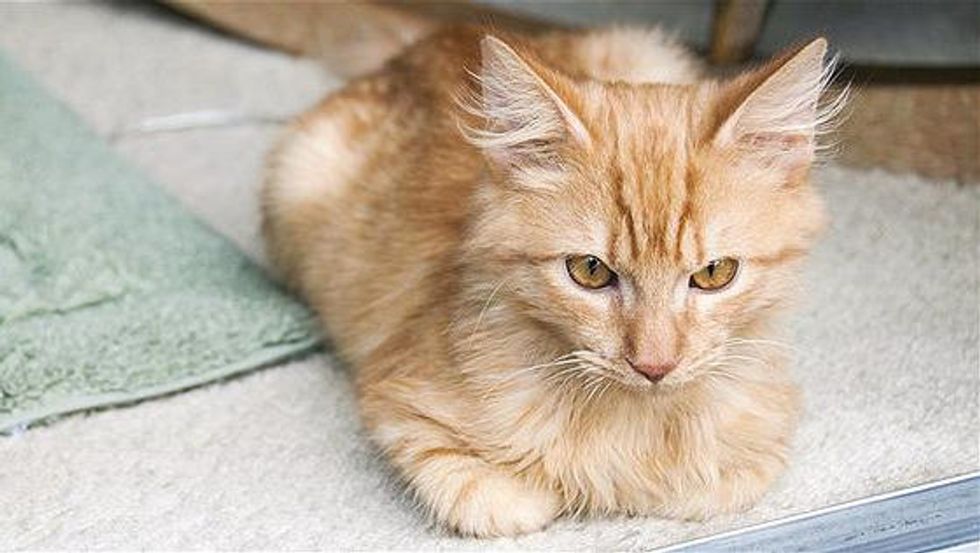