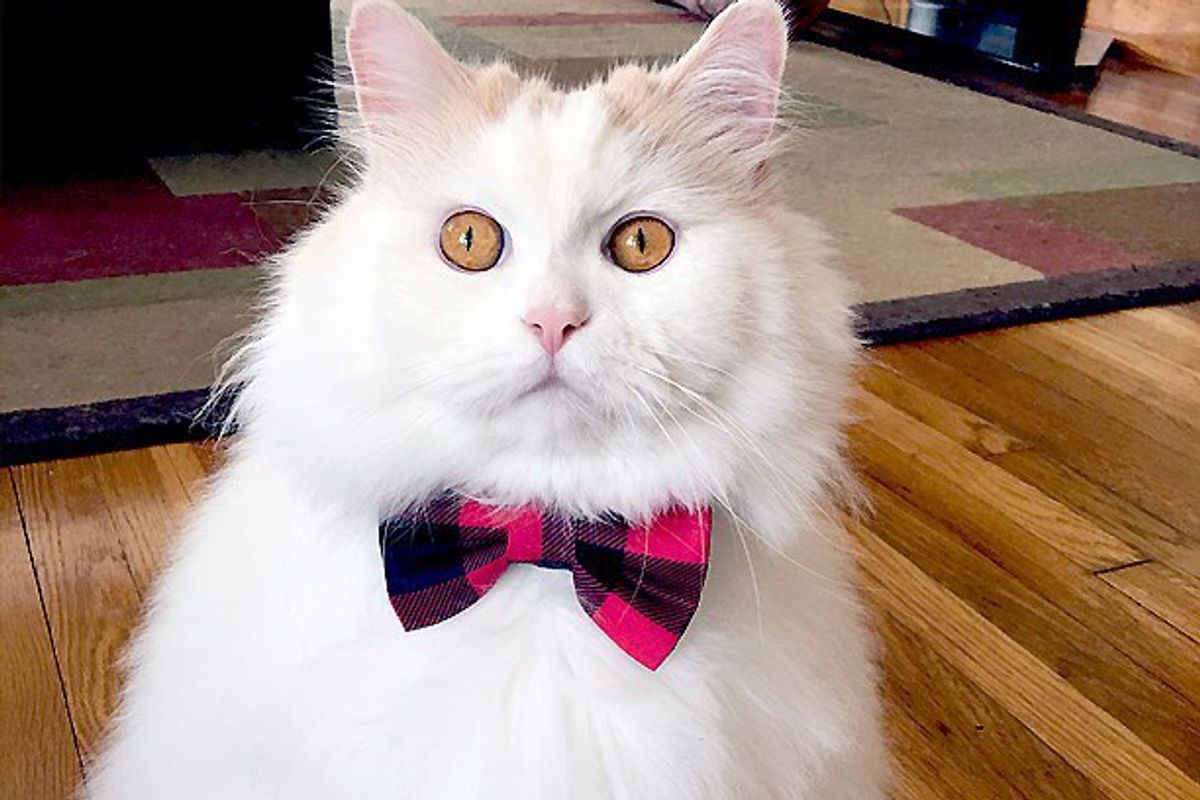 Their House Was Sad and Empty, They Saw This Kitty Waiting At Shelter, They Just Knew…

Louie, a 3-year-old Persian/Turkish Van mix was surrendered to a shelter after his family became sick and could no longer care for him.

Every day he waited quietly in his room, hoping for someone to scoop him up and bring him home. 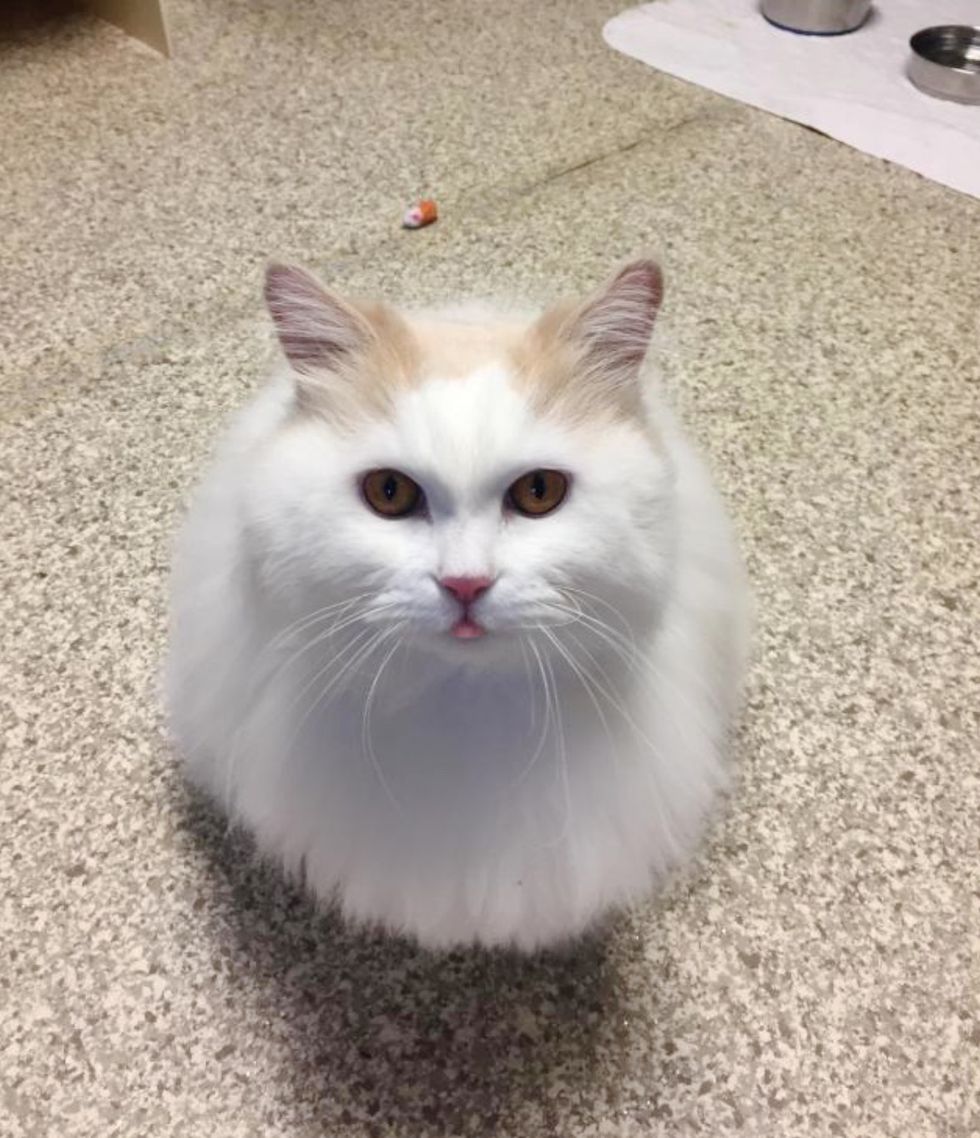 Christiana and her husband recently said their emotional goodbyes to their beloved cat, Sophie, who crossed the rainbow bridge due to illness. It left a huge void in their hearts, and their house felt sad and empty.

Two months later, as Christiana was browsing Petfinder one afternoon, she came across this round fluffy face. Just like Sophie, he is a floofy cat with an adorable, boop-able, pink nose.

"I knew right away that I had to inquire about him. I saw that he was at a shelter an hour away so I took a chance and emailed them to see if he was still there. Sure enough he was and we drove down the next day to meet him," Christiana told Love Meow. 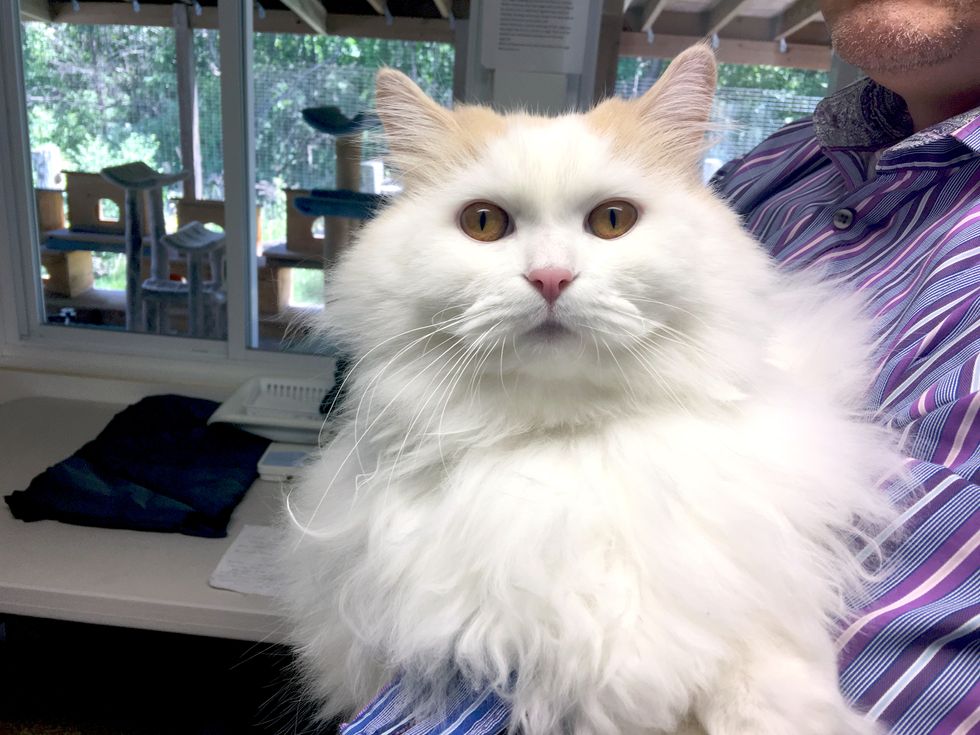 The couple arrived at The Pat Brody Shelter for Cats in Lunenburg, MA and was so excited to meet Louie.

"As soon as we walked in we saw him lounging on a table by a window and Cat Dad scooped him right up. He was so big and fluffy and with his bright amber eyes looking right at us, we instantly loved him," Christiana told Love Meow. 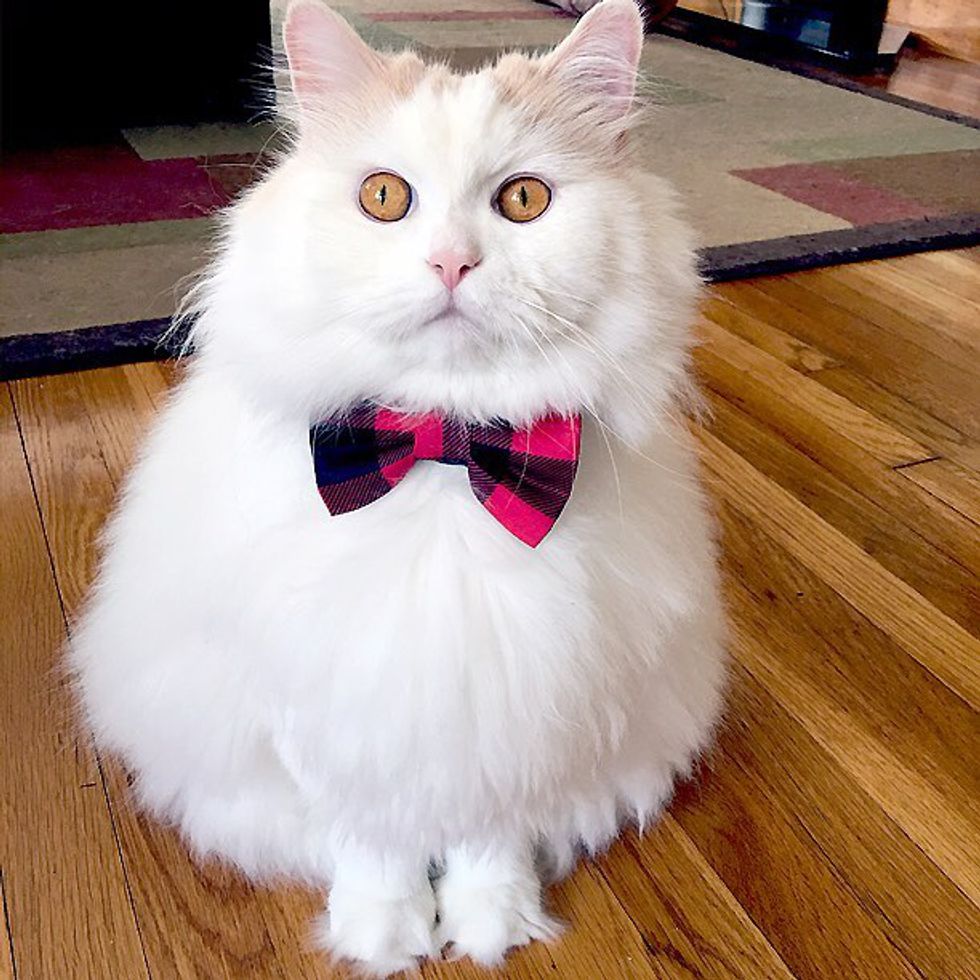 Louie reciprocated by snuggling up to his human. The fluffy boy seemed to know that they were there to take him home and started purring.

That day he left the shelter for his forever home! 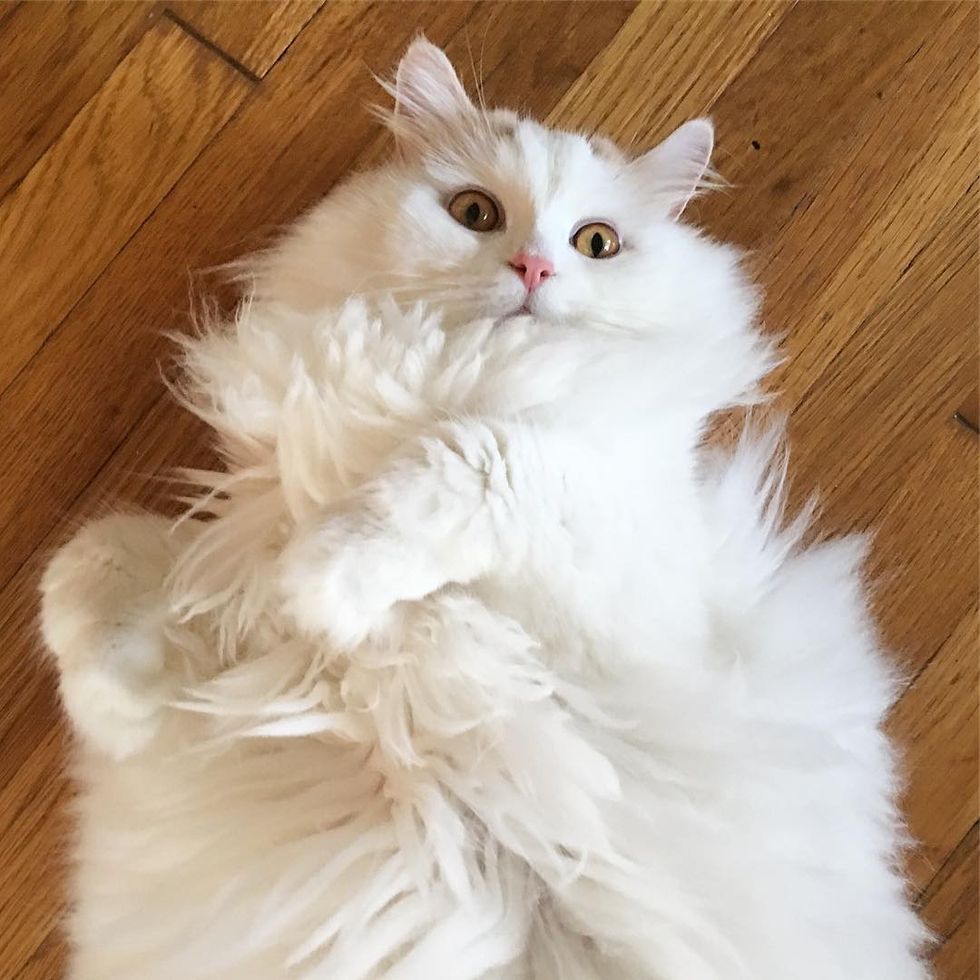 On his first day home, he walked out of the carrier, cruised around, checked out every nook and cranny and then sat down next to his humans as if he had lived there all his life.

When he lies down on the floor, his floof turns him into a cloud. 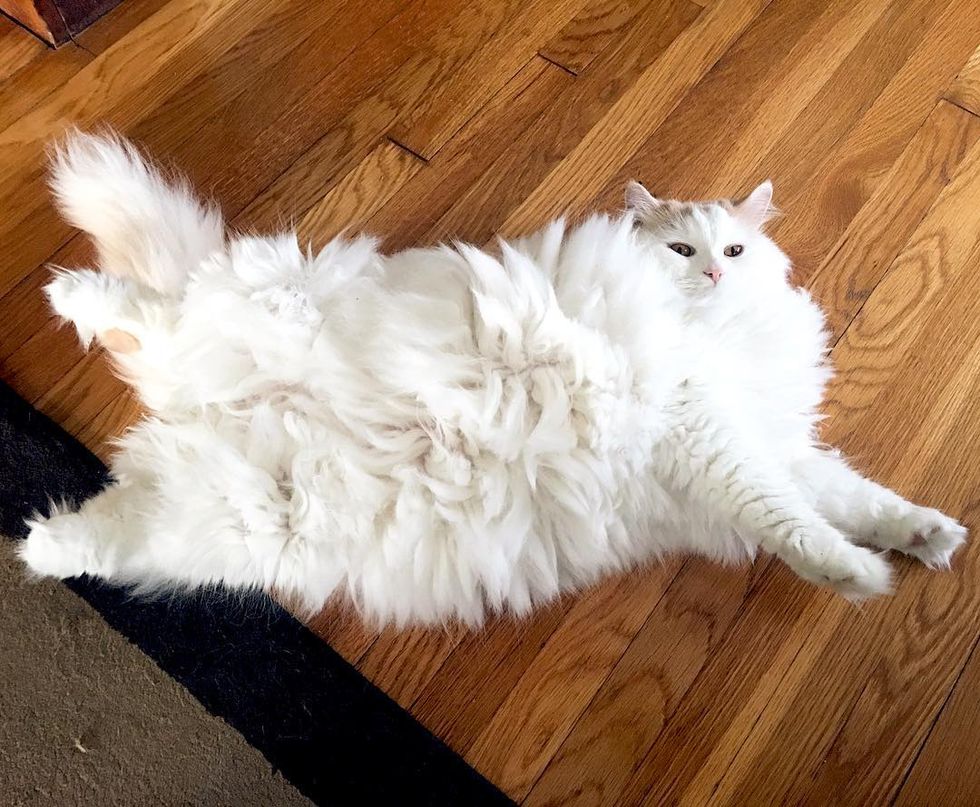 Louie loves it when his cat dad carries him around like a big baby showing him stuff around the house.

"His favorite spot in the house is on the hallway threshold because who doesn't love a nice wooden pillow? And he can see multiple rooms." 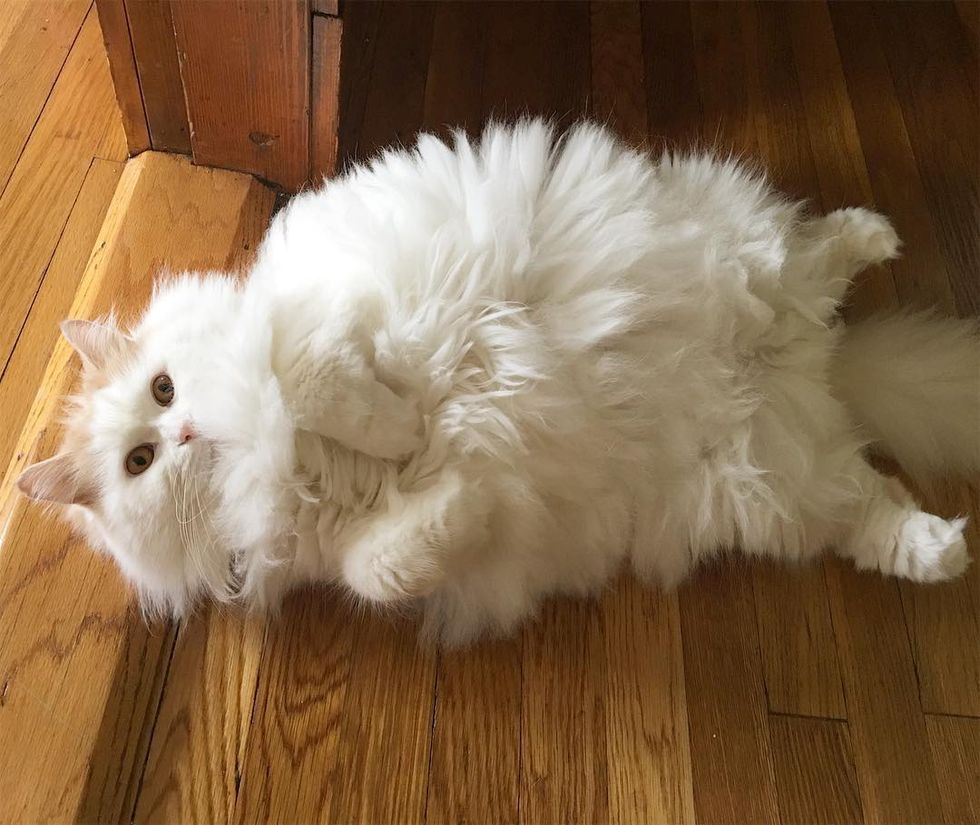 "Louie is a snuggler, but on his terms. I usually feel him snuggling up to me around 3am. He loves to lay in between our pillows and rest his head on mine while turning into a little purring machine."

The look on his face when Louie sees a treat. :) 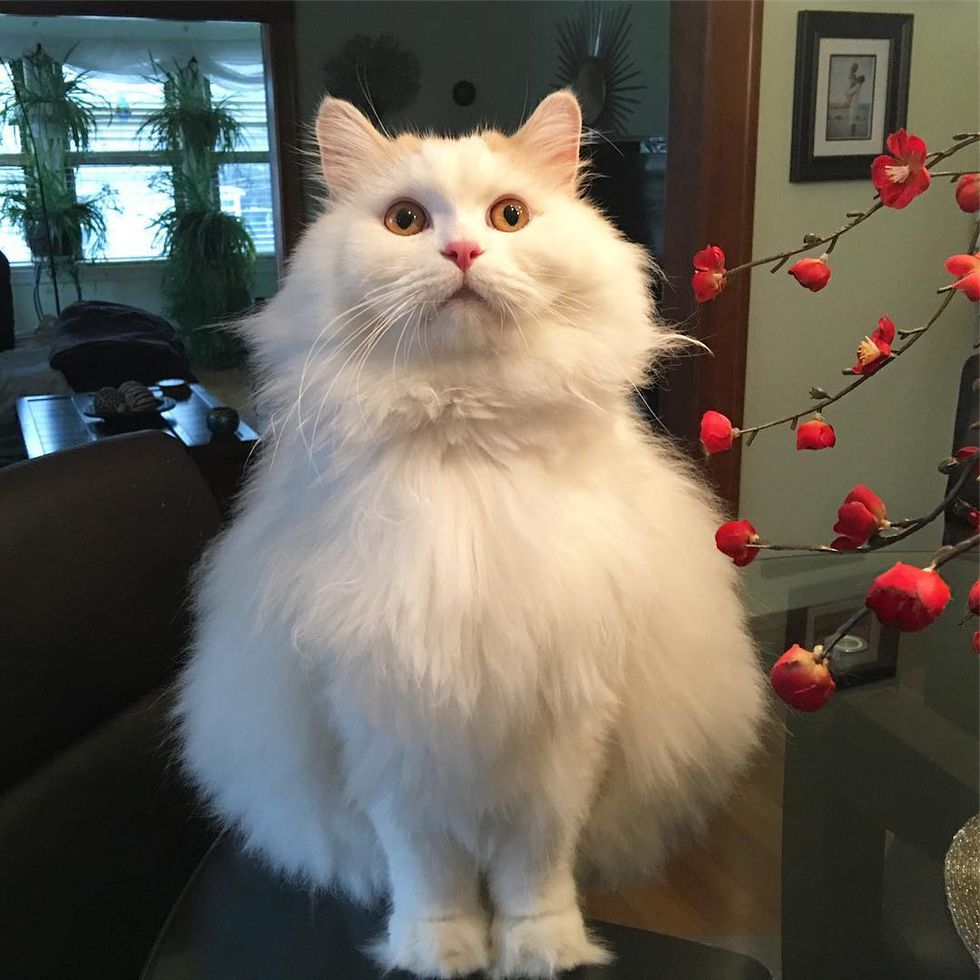 "He loves to jump while playing with wand toys and chomp on catnip kickers. He needs big boy toys that are durable because he destroys them all.

"If you're not playing with him then he's usually in the nearest doorway lounging on his back staring at you while you walk over him continuously." 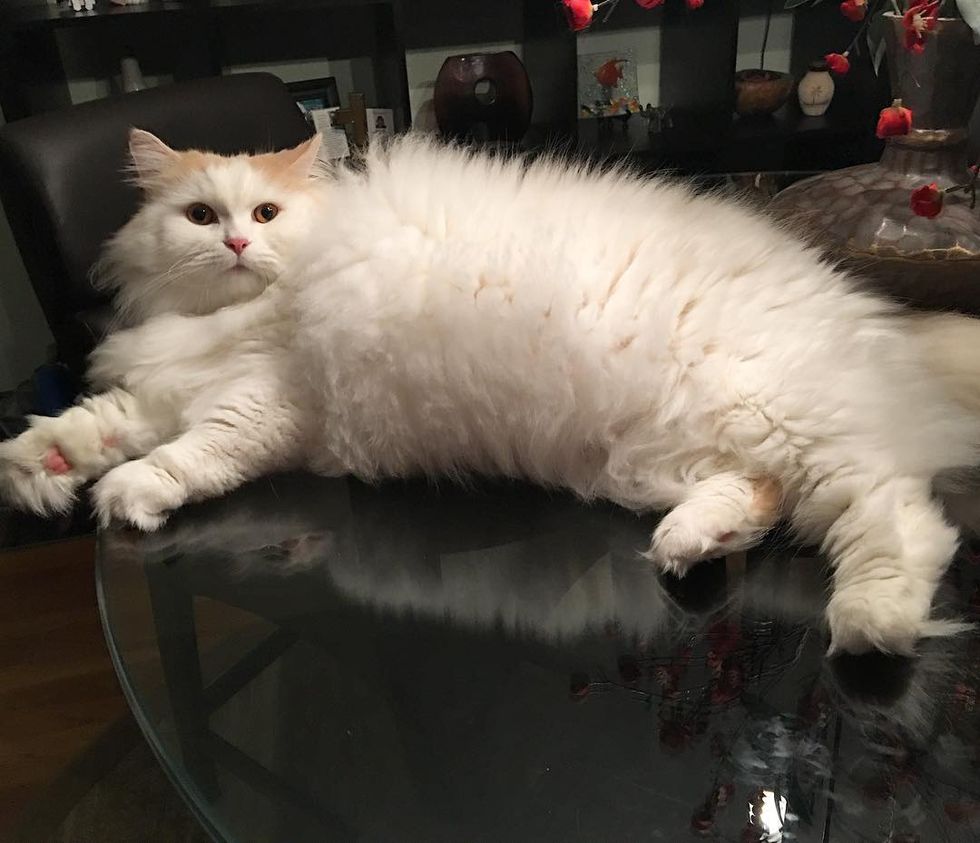 Louie is made of mostly floof and a lot of toe tufts. 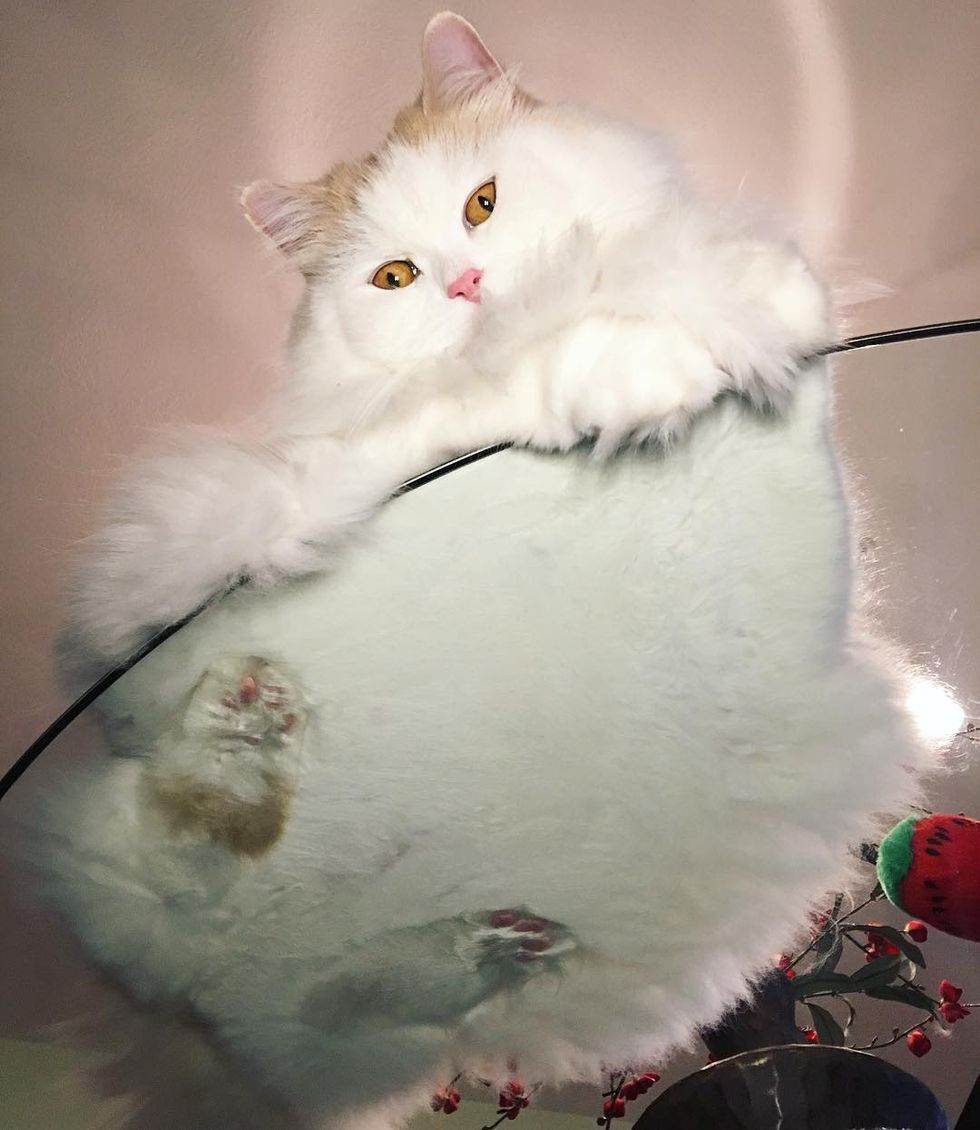 "I think he likes the new chair considering we haven't even gotten it through the doorway before this."

It's his throne now! 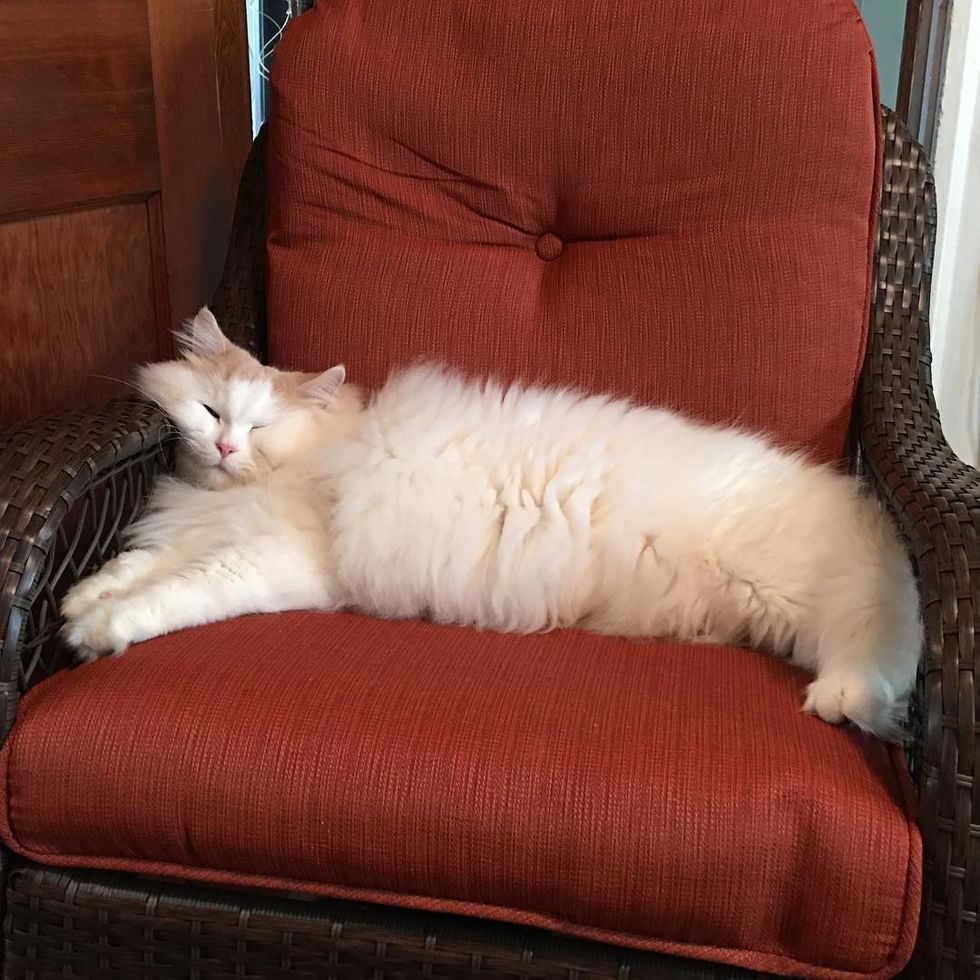 Louie is so happy to have a comfortable place to call his own.

He is filling the void in his humans' hearts and sharing his everyday adventures with them.

The house is full again! 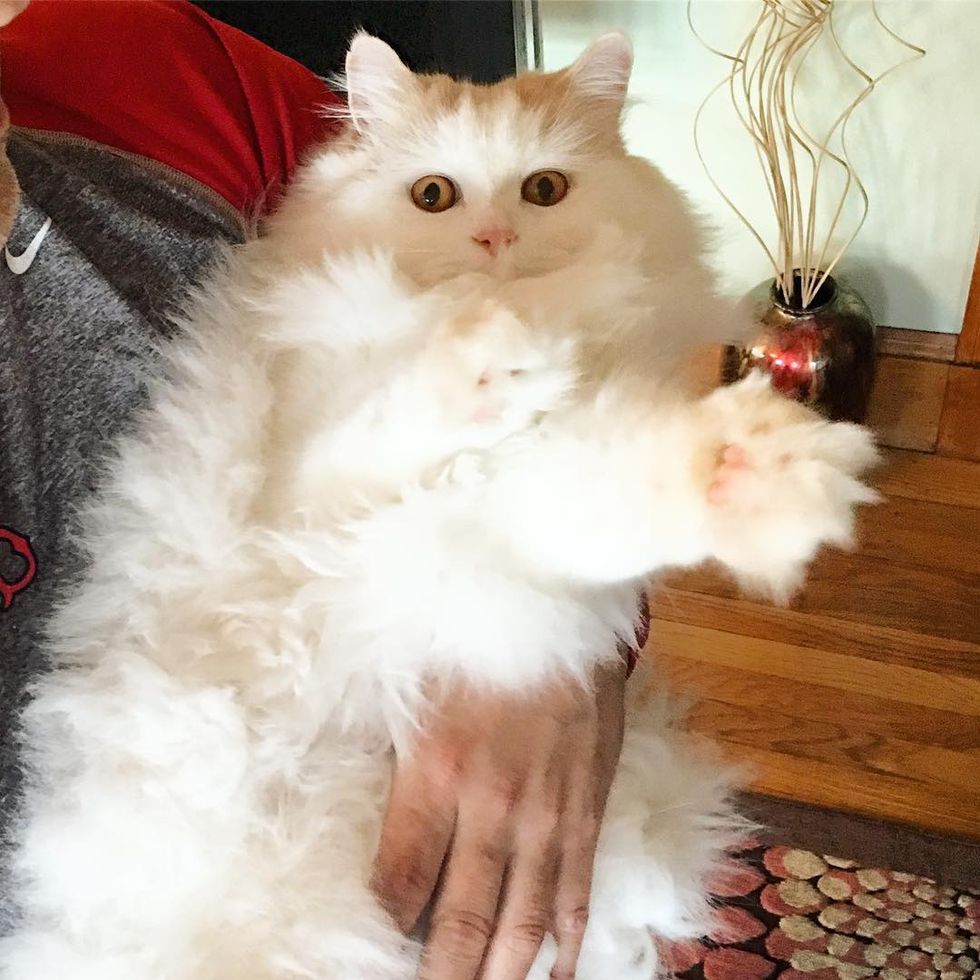