They Thought They Would Find Rescued Kitten a Home After a Weekend, 8 Years Later..

Six cats and a dog were found living in an apartment in horrid conditions. Nikki Cabel rescued what she could when she was visiting the apartment and contacted SPCA that later took the rest of the animals.

"I grabbed a lil kitten, put her in my purse and brought her home. Hubby wasn't happy but I said 'if you don't want her after the weekend, I'll rehome her. I am not bringing her back there,'" Nikki told Love Meow.

First day in her new home. 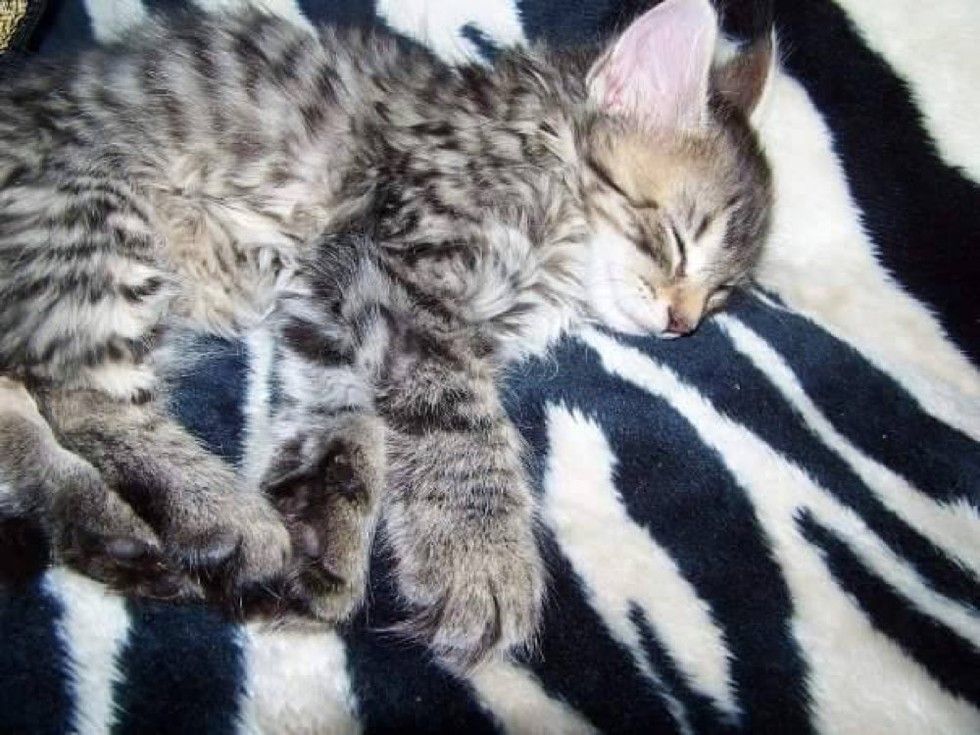 "At the time we already had an older male cat, so hubby wasn't keen on having another cat. I named her sassy because she is a feisty girl. She had to be though as she had to fight against all those other animals for food!" 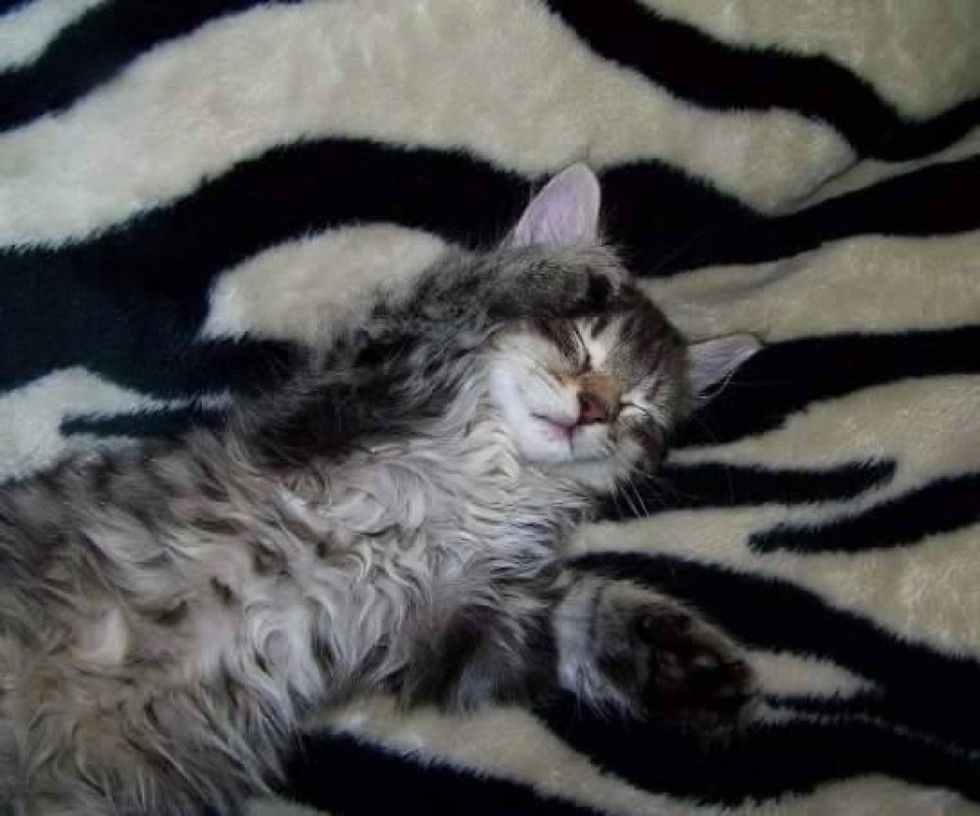 On the second day, the couple gave Sassy a piece of chicken and tried to cut it up smaller for her. The fluffy rescue cat saw the food and instinctively wanted to grab it and fight over it.

"She took out her boxing gloves. My husband fell in love with her lil attitude and they have been best friends ever since!" Nikki told Love Meow. 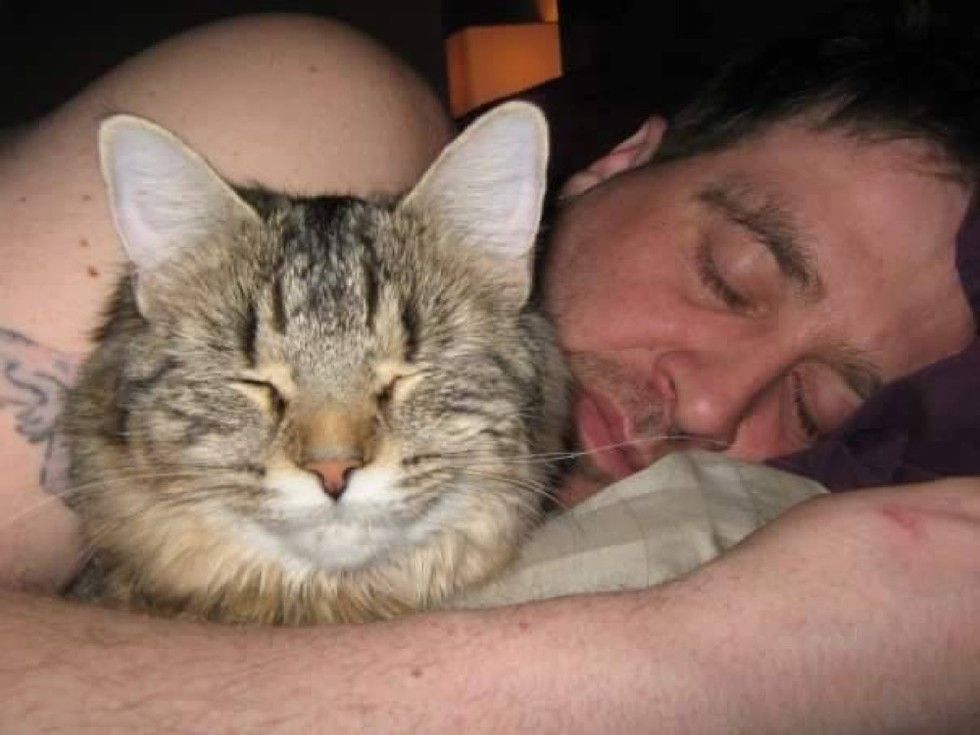 "He baby talks her and they have there daily rituals. The rituals start the minute he walks through the door! She starts flip flopping on her back on the floor, like a fish out of water till daddy gets down to her level and gives her loving and she follows him everytime he goes to the bathroom for him to turn on the water!

"She's a Daddy's girl for sure," Nikki said. 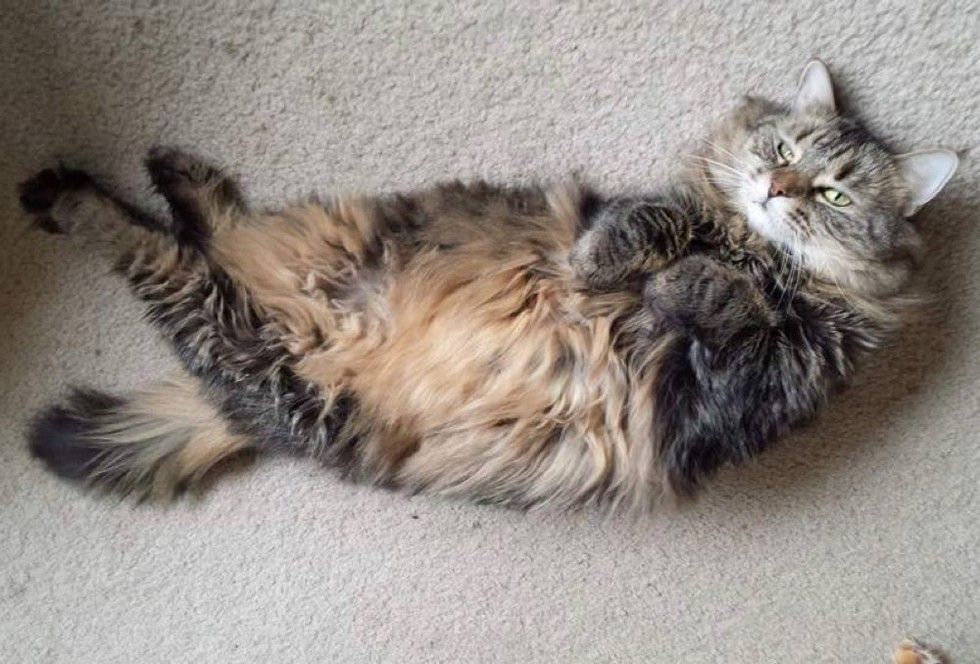 During a car ride with her human, Dino. "Sassy never left that spot much!" 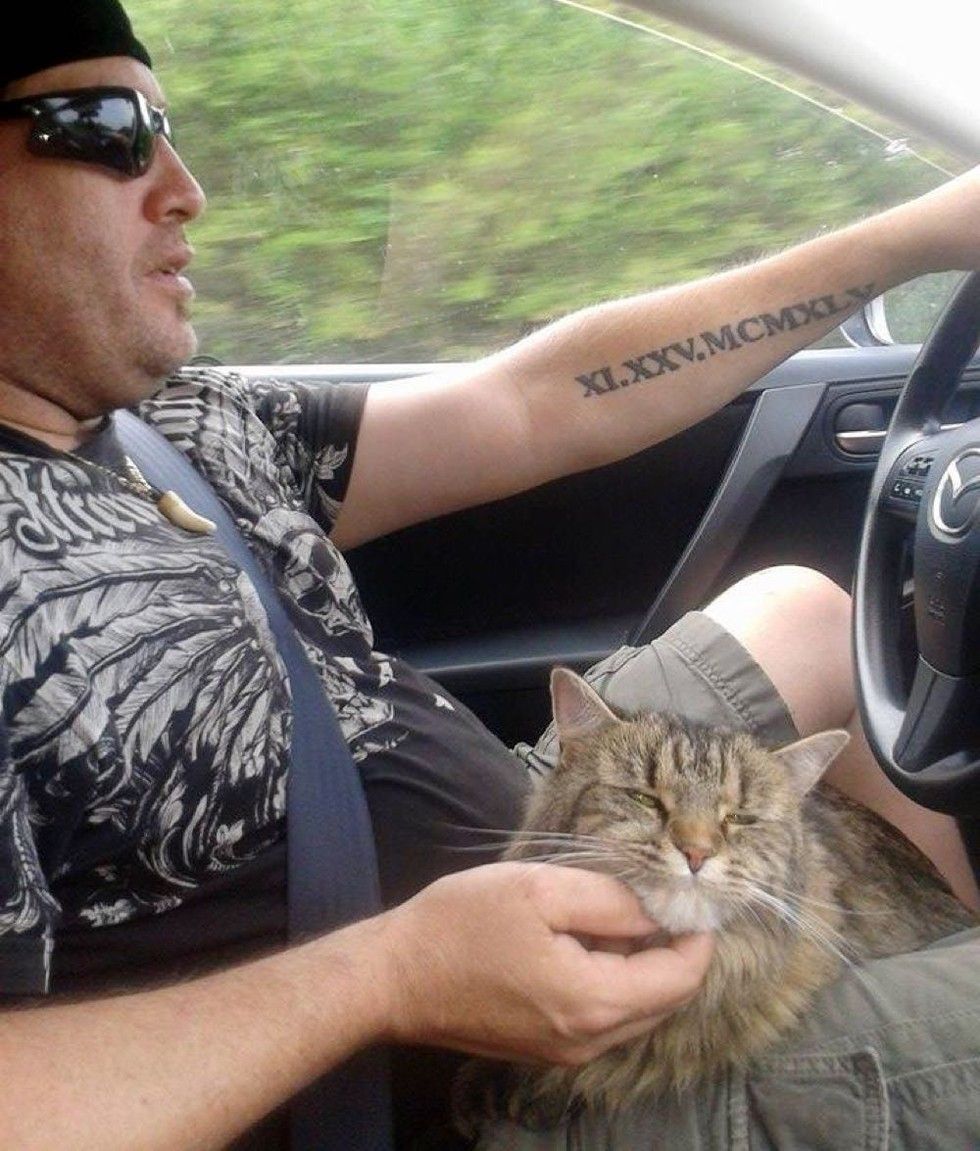 They thought they would find her a forever home after the weekend, but she had already found it. Sassy is 8 years old now! 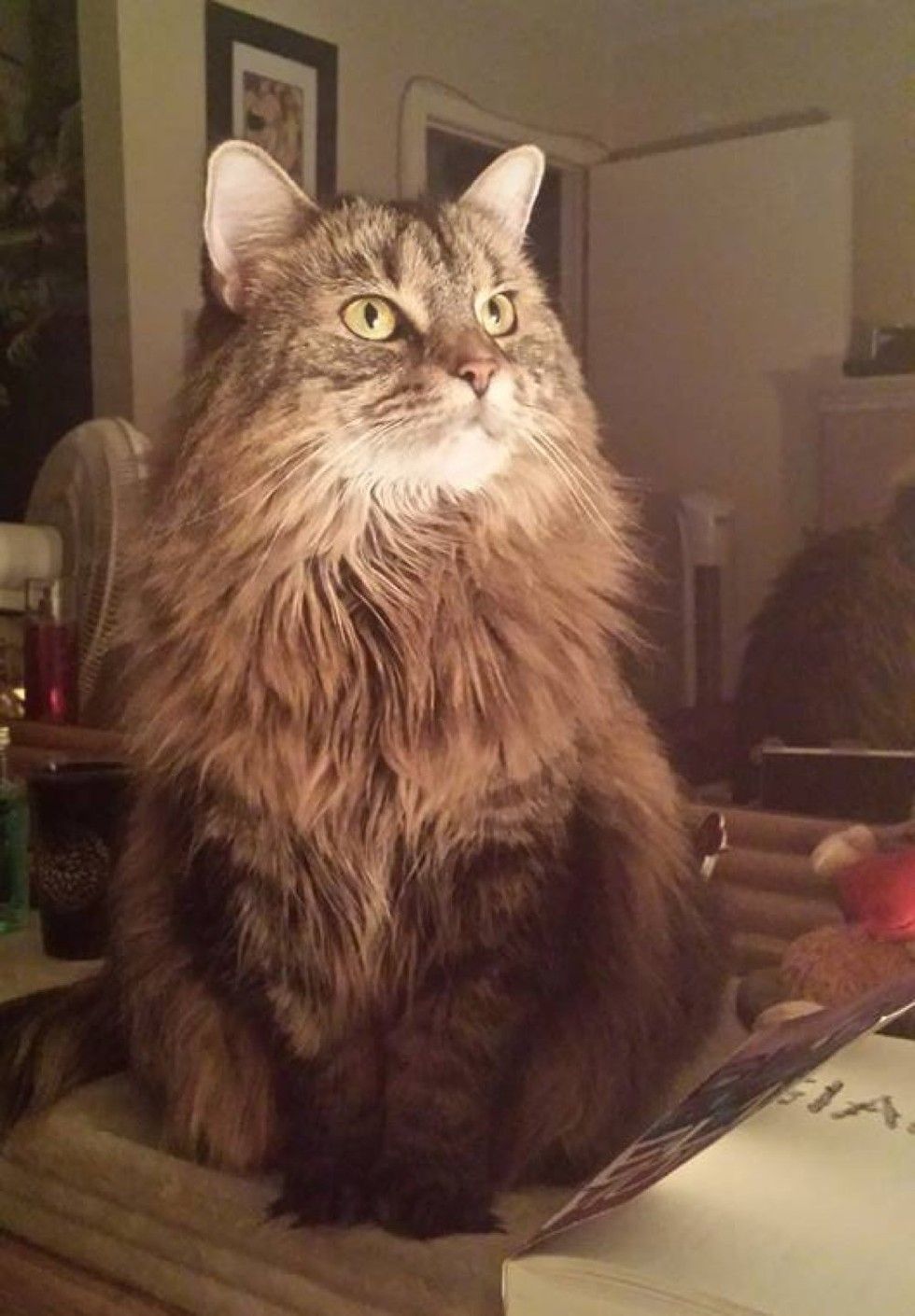