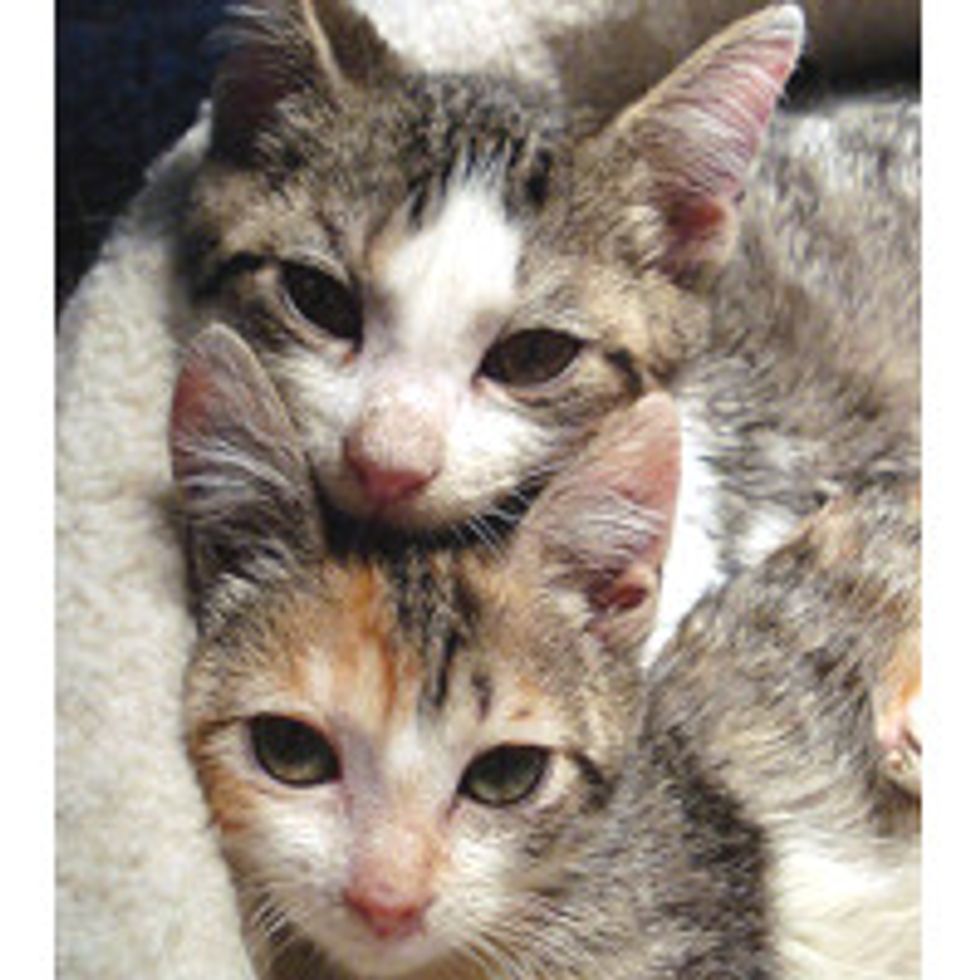 Jello, Dizzy and Kazoo were born with a condition that makes them wobble when they walk. They were found in a cardboard box in a gutter around the corner from the shelter. Lisa, an experienced fosterer took them in, helped them rehab and found them a chance to live a normal happy life.

"They have a condition known as cerebellar hypoplasia that was passed on to them from their mother before they were born. Kazoo is the least affected and only shakes a little, Dizzy gets excited and does flips and falls over.. Jello can only stand for short periods of time and gets around by pushing and pulling herself. All are in good health and can lead long normal lives, but need extra special care."

During foster care, volunteers worked on strengthening their legs and doing play "rehab" with a laser pointer, which the kitties always love.

Today all three kitties are living happily at their forever homes. they are very loved and don't need pity for the way they walk, because they think they are just fine.

All three switched on their purr motors:

Kosmo (formerly Kazoo) hanging out on the hallway with foster mom: