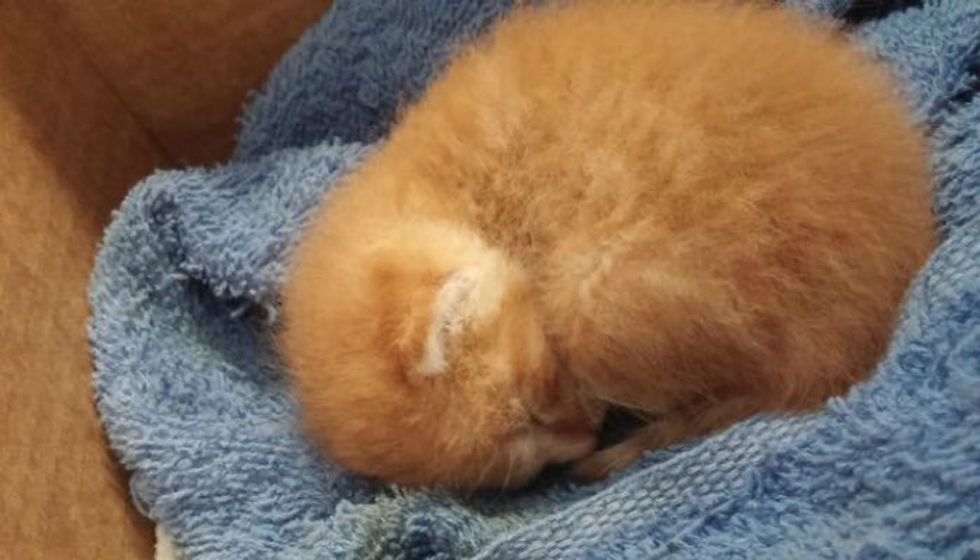 Tiny Baby Kitten Found in Back Yard Then and Now

A tiny orphan kitten was found when he was just a few days old. "Another teacher at my school found this baby in her back yard, and I said I'd take care of him. My students named him Simba," Simba's human wrote via imgur.

Simba was found in a backyard when he was a tiny baby. This is him arriving in his new home in his comfy box.

He was a palm sized kitten whose eyes weren't even opened.

His human mom fed him around the clock. Little Simba started to grow and thrive.

Sleeping with a full belly.

Parker the cat sat there by the box, keeping his adopted brother, Simba, company.

3 months after the rescue, Simba snuggled under the laptop for a nap while his human was on the computer.

He's grown up a lot now, and loves to play in the bathroom...

...especially plays hide and seek with his brother Parker.