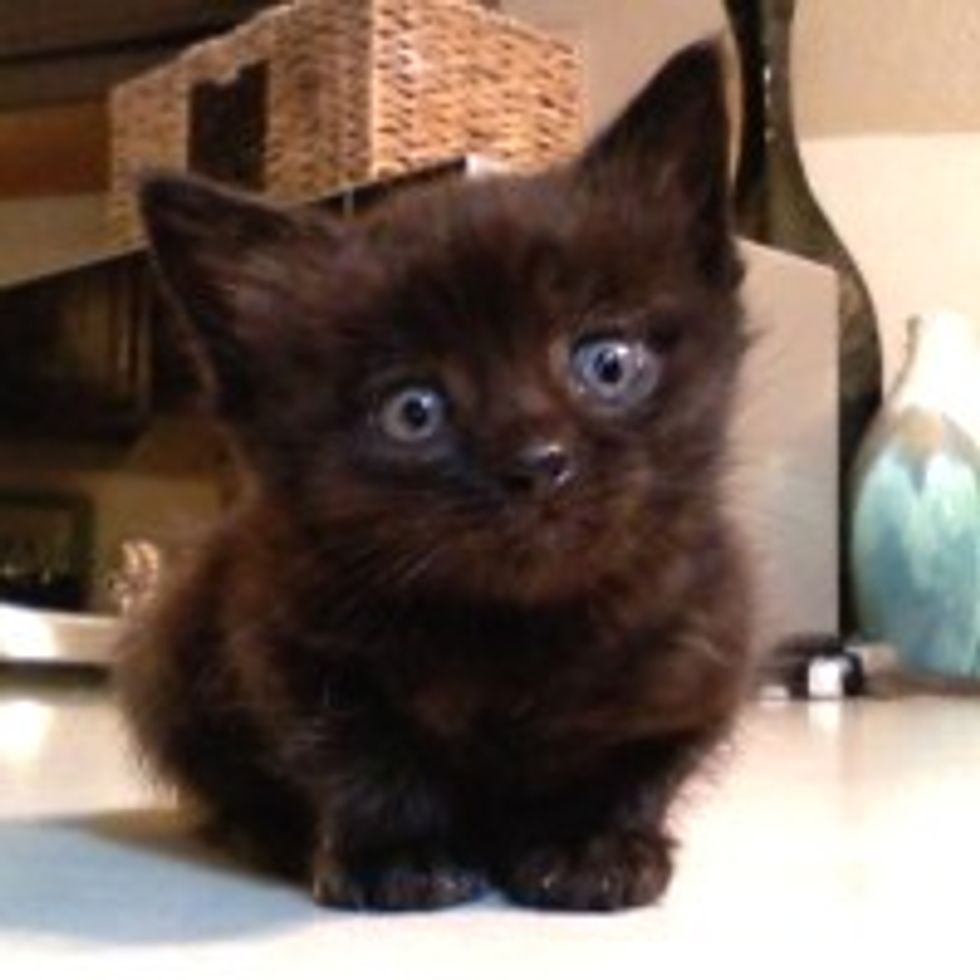 Tiny Kitty Saved from Freezing Cold and Brought Back to Life

It was a freezing cold night. A small defenseless kitten was out by himself hopelessly until a man who happened to be there, found him. He thought the kitten wouldn't make it that night, but this little fuzzy kitten is a fighter.

Friday night it was less than 20 degrees (farenheit), and when I took the dog outside I heard crying. Found this tiny ball barely moving, laying on it's side slowly moving it's legs and its mouth barely able to open... basically freezing to death. Another 10 minutes and the kitten probably would've been dead.

[I] brought him inside and wrapped him in a towel/heating pad, fed him warm sugar water.... His mouth was frozen solid, tongue frozen to the top of his mouth and his fur had frost in it.... [It] took about 4 hours of warming up for him to take some milk, when he was showing signs of life and falling asleep, [I] put him in a box with the heating pad and left him overnight.

When morning came around, he was acting just like a kitten, playful, happy, mewing, and eating. He was about 5 weeks old (checking teeth) and I knew a vet assistant that adopted him the next day.

A warm place to sleep in