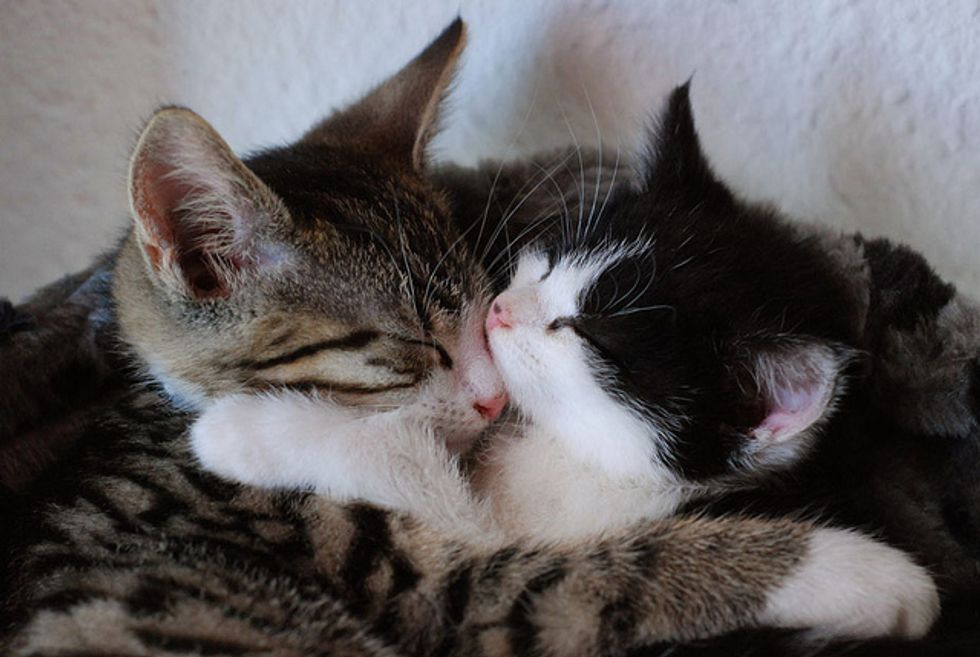 Two Kittens and Their Loving Home

Pangpang is the tuxedo little girl and Youyou (who is named after me) is the playful little tabby. They came to our house one month ago. Pangpang is now about two months young and Youyou is almost three months. My girl friend and I are in Germany and she has a lot of experience with cats.

A kind woman rescued Panppang and her brothers after they lost their mother from a car accident. She fostered them until they were big enough to be put up for adoption.

I have to say that Pangpang is really clever. She learned from an older cat all the skills she needed, even toilet training herself when she was only a few weeks old. Even till to date, she is the neat and clean kitty who cleans up Youyou's mess after he's done with the litter box. I adopted Youyou from someone who simply couldn't take care of him because they had too many cats. Both of them were cared, loved and treated before they moved in with us. They absolutely love life and are always thankful for what they have.

In Germany people like to refer to cat owners as "Dosenöffner" which literally means can openers for cats. Cats don't really have owners because they think they are the ones in charge or like what you said on Love Meow that they own us.

My kitties have truly brought great joy to us. We cherish every moment we spend together. I am trying to capture as many wonderful moments of my kitties as possible using my cameras. We even record down their weight and how much they eat almost every day :).