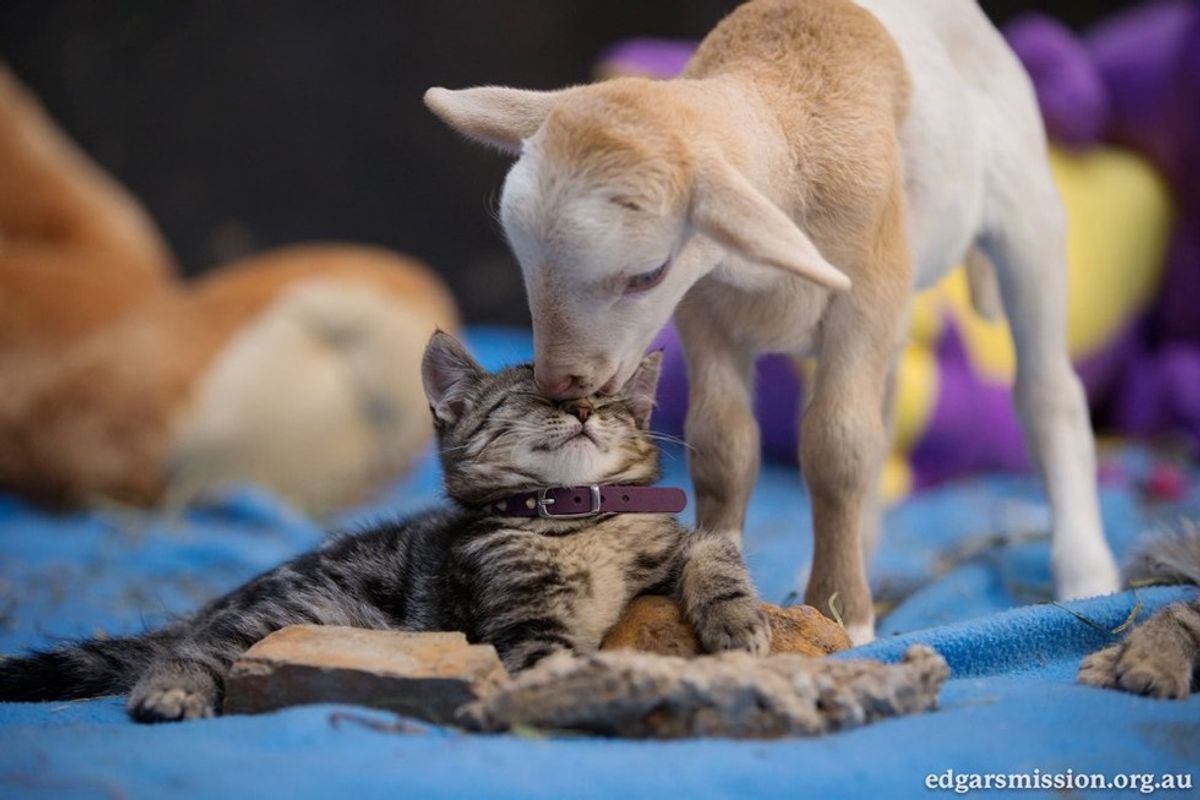 Two rescue kittens are still unsure about their human friends but somehow have found comfort in an unlikely friend - a little orphaned lamb. 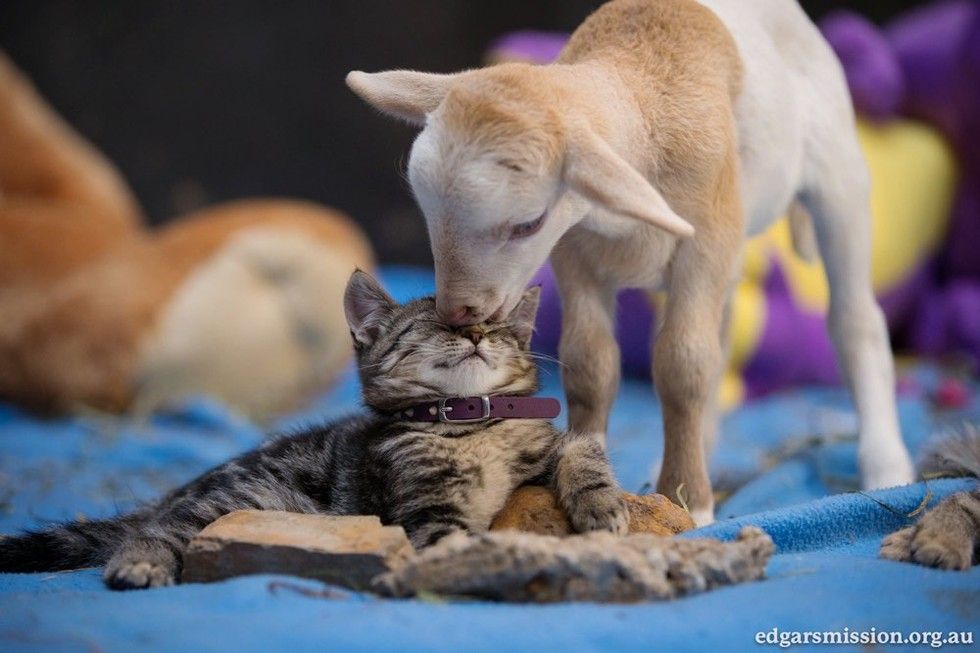 Fifi the lamb lost her mom and was left to fend for herself. She ended up at Edgar's Mission, an animal sanctuary in Lancefield, Victoria, Australia. That's where she met Snow Leopard and Snow Tiger, two rescue kittens, who were born to a stray cat.

Snow Leopard and Snow Tiger are still a bit hissy and scratchy, but they have found a friend who helps them find comfort and start learning to trust humans. 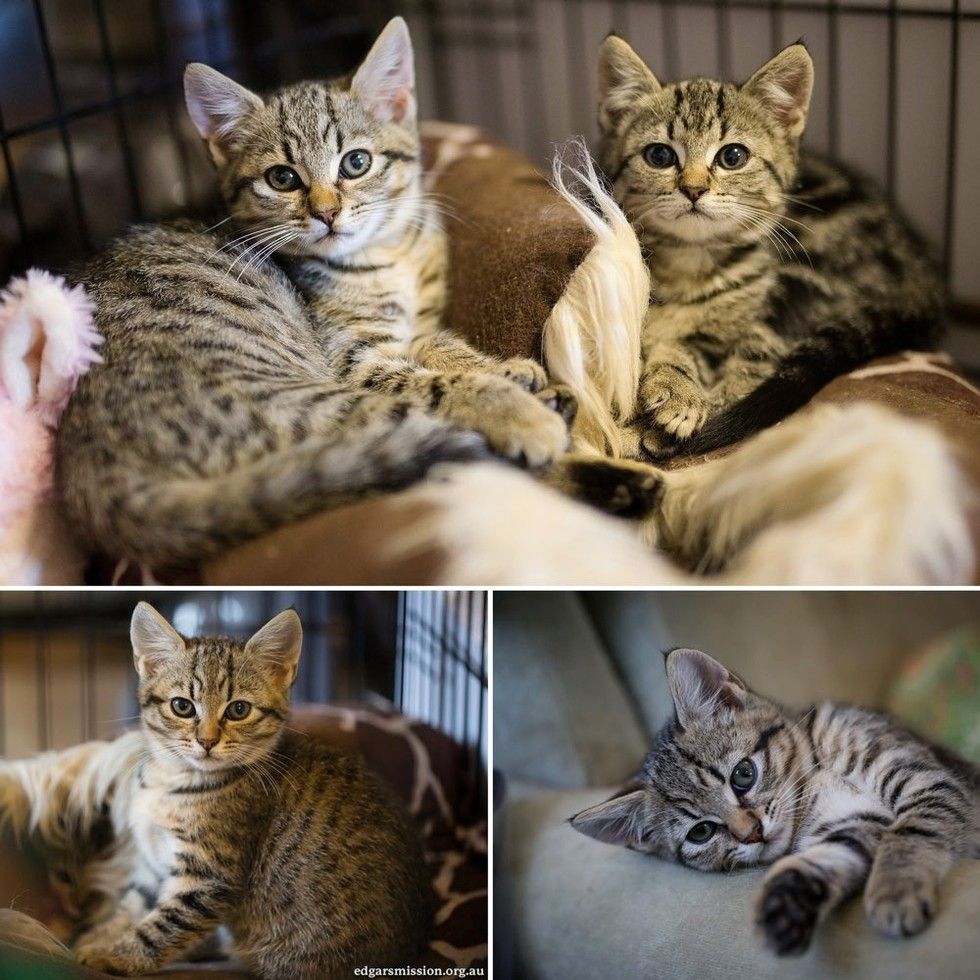 Their new friend Fifi the lamb was rescued from a meat farm.

"(She) misses her mum and she yearns for company and her bottle," Edgar's Mission wrote on their blog. Now she has found love in two tiny bundles of purrs. 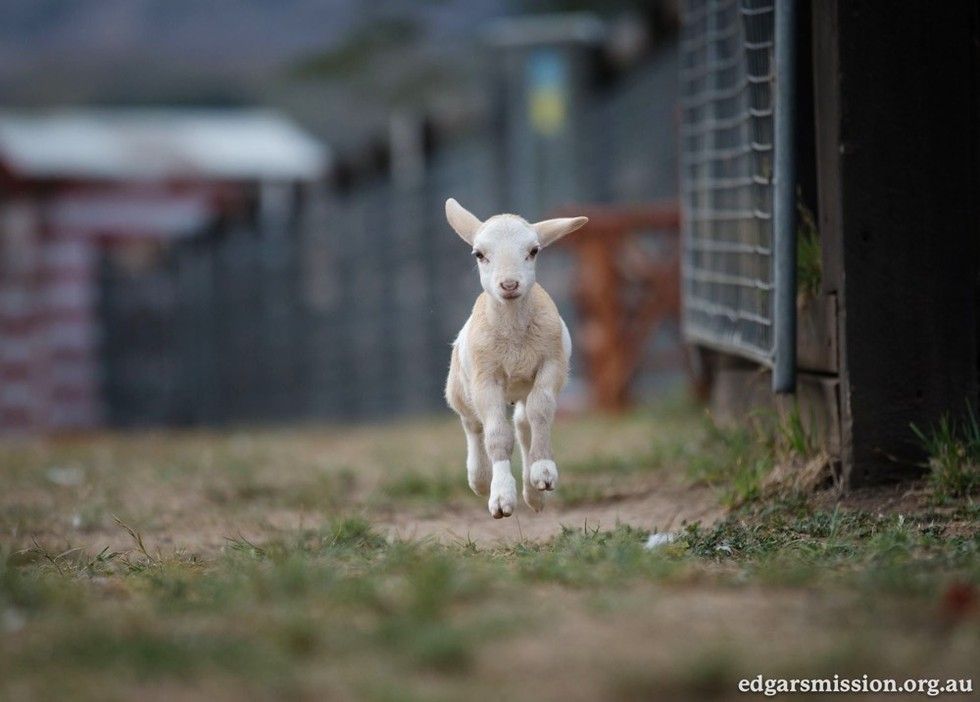 The tabby kittens may still have their doubts in humans, but they have taken a liking to Fifi and they see their lamb buddy like a sister from another mother. 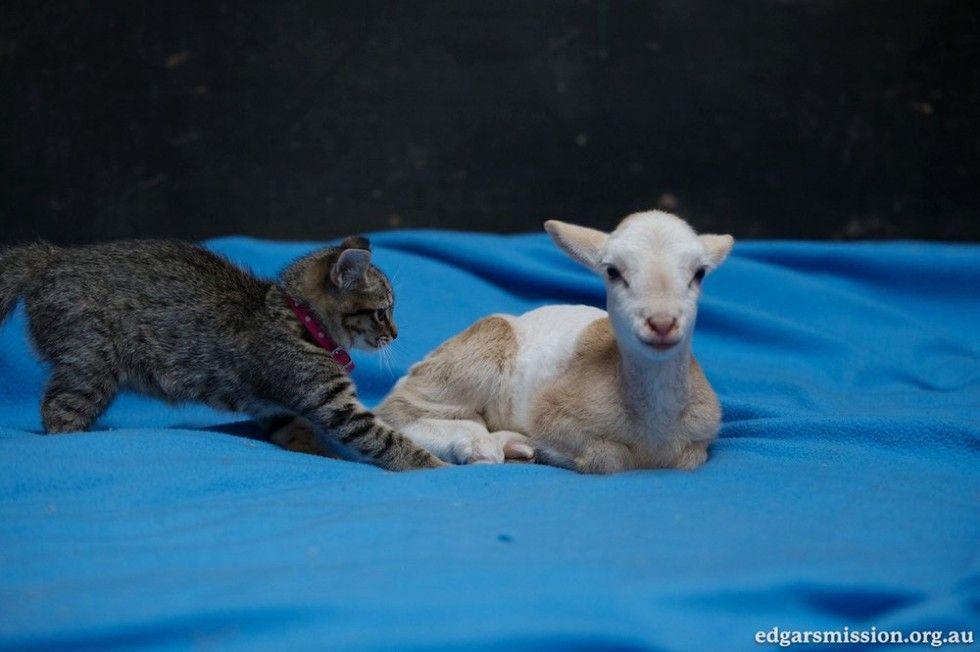 Fifi's personality and energy has helped the two kittens calm their nerves and start enjoying their human companions. "It is amazing to witness the turn around of Snow Tiger from frightened, spitting and scratching kitty, to purring bundle of fur who just wants to cuddle up for love," Pam Ahern, the founder of Edgar's Mission, told The Dodo. 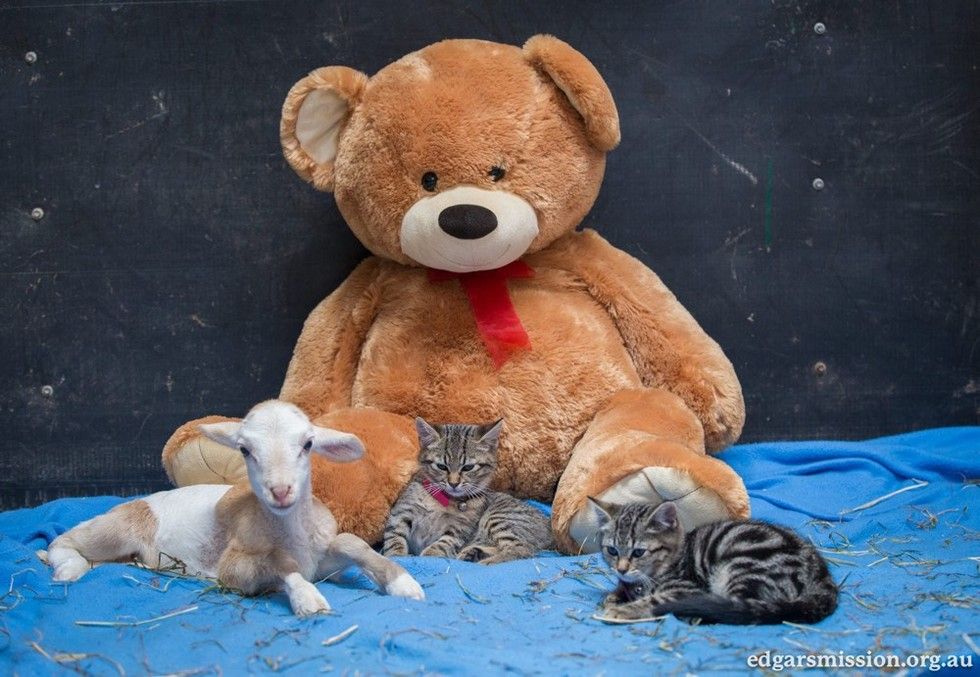 The two kittens and the lamb get along very well. It doesn't matter if the kittens meow or the lamb has hooves, animals never judge and care how they look. When they receive love, they give love back.

Share their story! You can support their rescue efforts at Edgar's Mission.