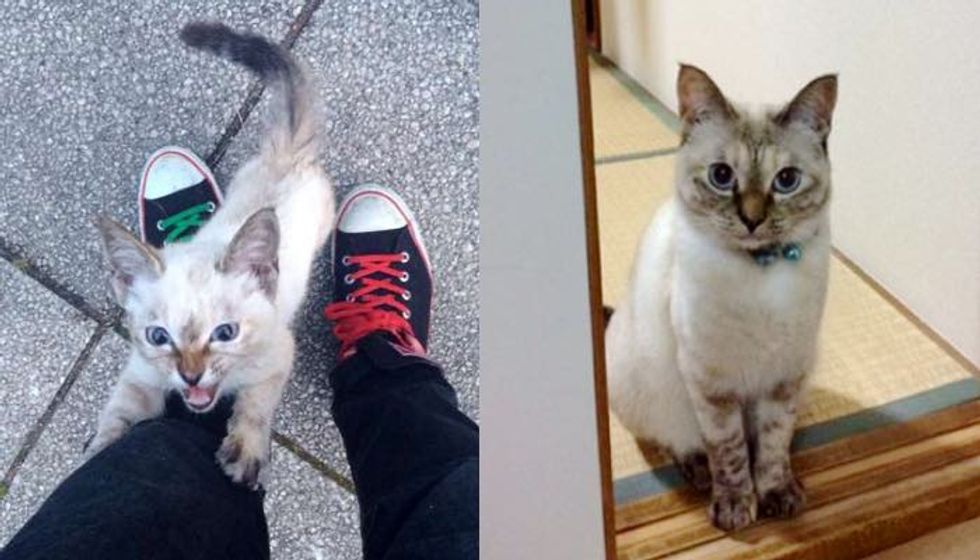 A young man was stopped by a little stray kitten who ran up to him in the park and asked him to take her home.

According to Kawasaki Hina, he encountered a little stray cat one summer while he was strolling in a park. The kitty wouldn't let him go anywhere without her and was following him around like a little duckling.

It didn't take long for the kitten to steal the man's heart, and the next he knew he was on his way home with a kitty in a box.

After getting home, the kitten cuddled comfortably next to him for a nap. She completely made herself at home.

Kitty followed her human friend around in the park.

When they first met... ( watch video)

30 minutes after he brought her home, the kitten snuggled up comfortably next to him.

An hour after they got home, she was falling asleep on her human.

A few days later, she took over his bed.

"Vell-chan, who was a stray, has finally come around to showing interest in KanColle, watching anime, licking my character bottles, and playing instruments." @Kawasaki_Hina said.

Now she runs the roost at the house!

"You shall not pass without my purrmission!"

She likes to help her human with laundry.

Vell-chan was once a stray but now has a forever human who loves her to bits.

How did you and your kitty first meet? Share this adorable story with your friends!