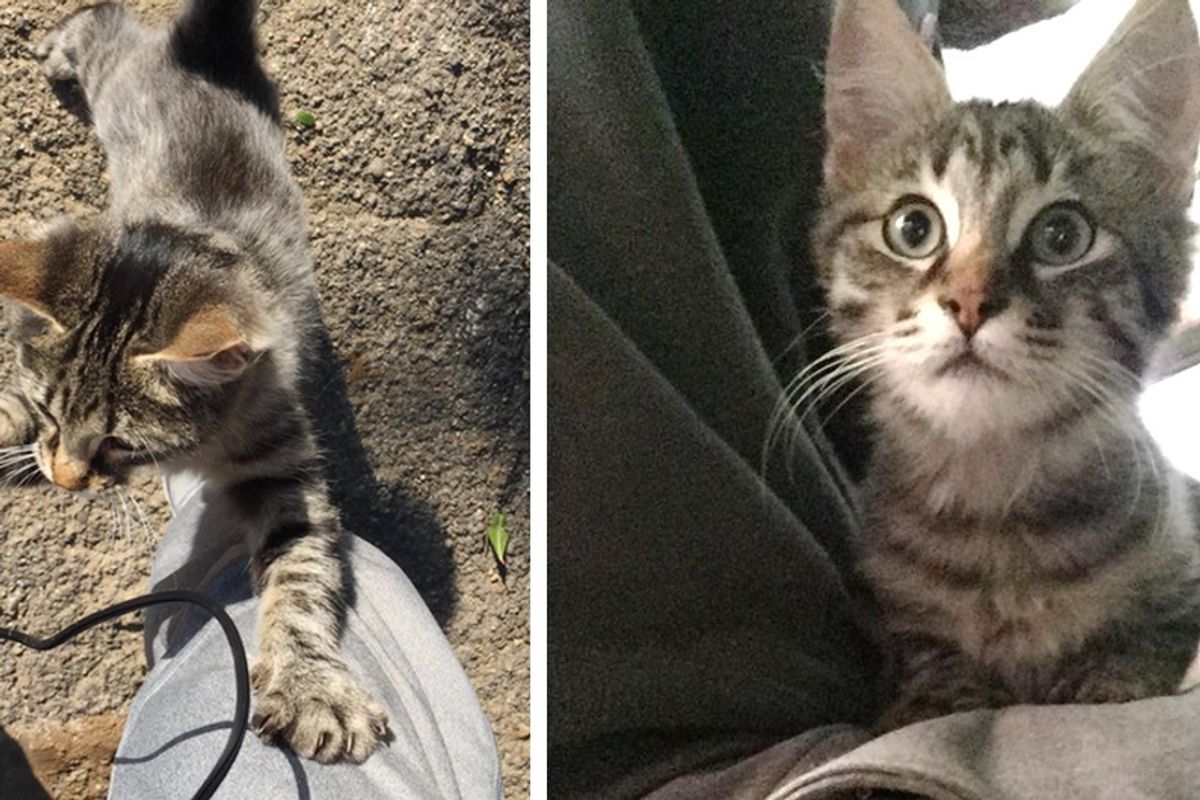 Guy Captures Moments of Him Being Chosen by Tabby Cat Found In the Street...

A tabby cat ran up to a man and followed him to his car. He hopped right in and decided to catch a ride home — the guy's home that is.

The man was on his way home from the gym. After stopping to get some groceries, he spotted a little feline running frantically in the middle of the street, trying to avoid traffic. 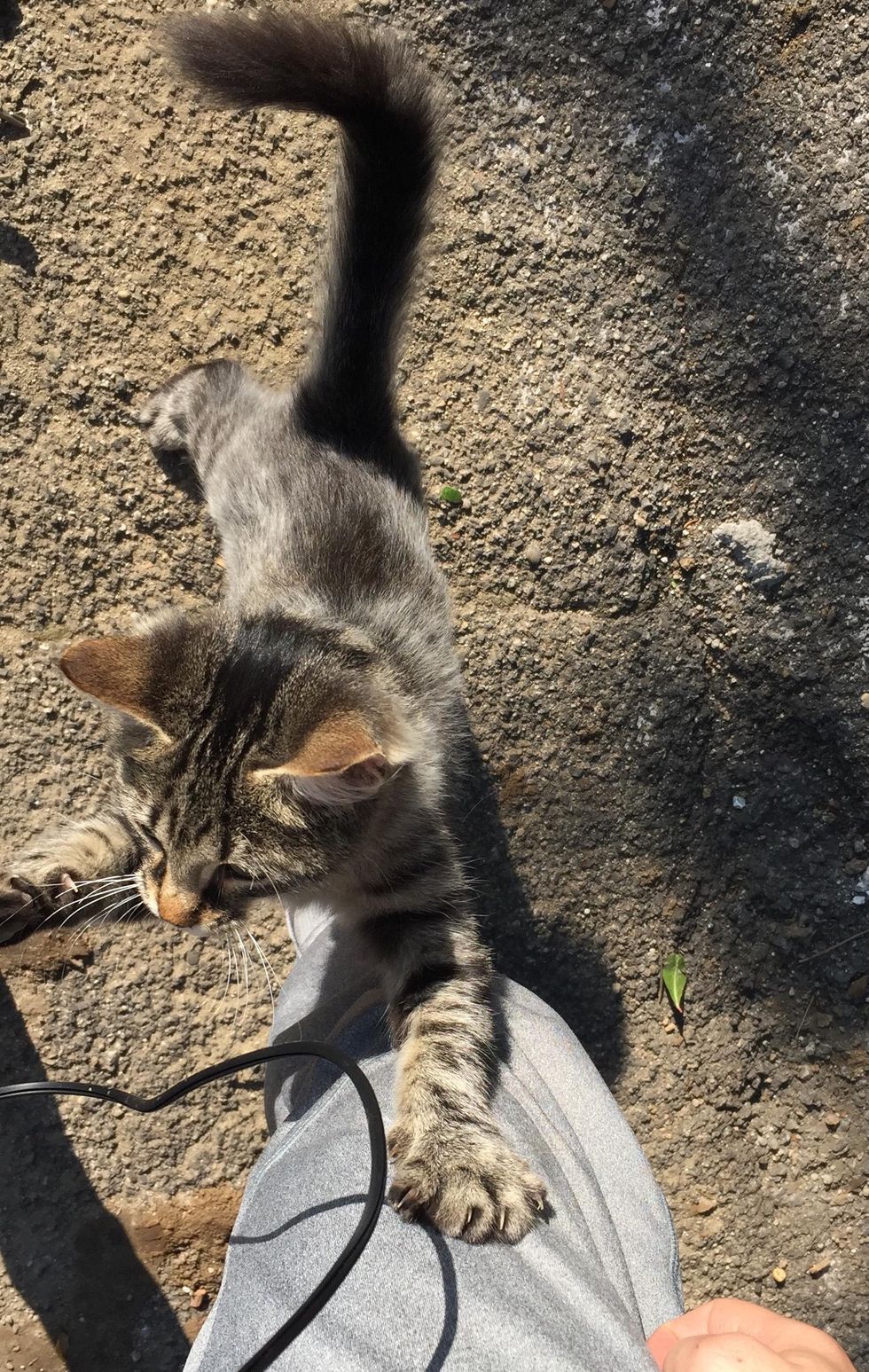 "I saw this guy running like crazy because cars scared him. I stopped my car and followed him into an alley, hoping he would not be too scared to come close," reddit user microdipodops shared with Love Meow.

The man and his fiancée are animal lovers and they have a few cats of their own. "We always try to take kitties from the streets but they are usually too afraid to let us come close."

But not this kitty. As soon as the tabby saw the man, he sprinted up to him, meowing and begging for company and food.

"If I made a step, he followed, and if I stopped he stopped. It was really heart-breaking." 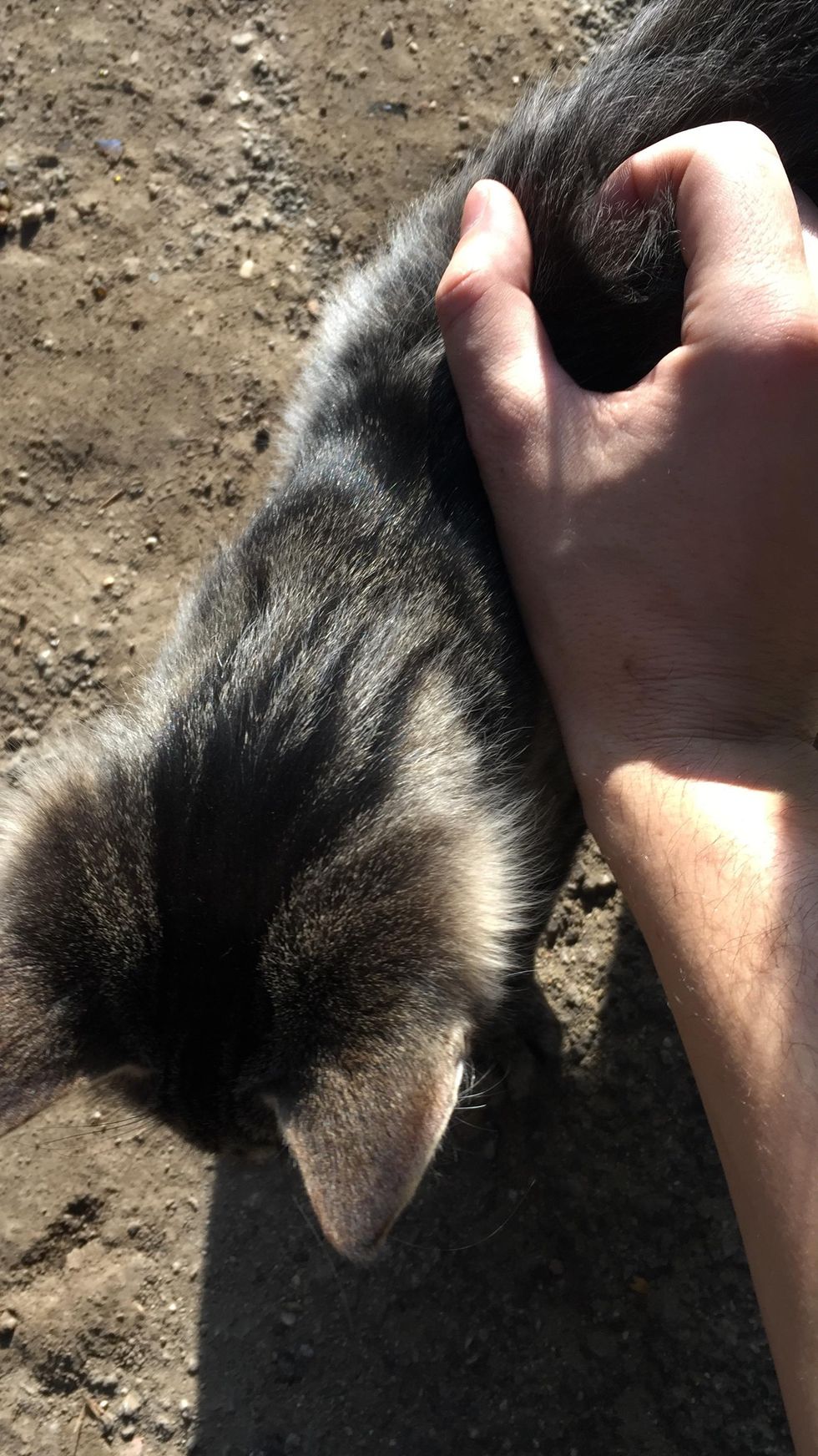 He texted his fiancée about the cat, and she immediately agreed that they couldn't leave the kitty out there, fending for himself. "She's the one that 'introduced' me to cats! I'm grateful she's so loving towards animals!"

After the kitty got in the car, the two were headed home. 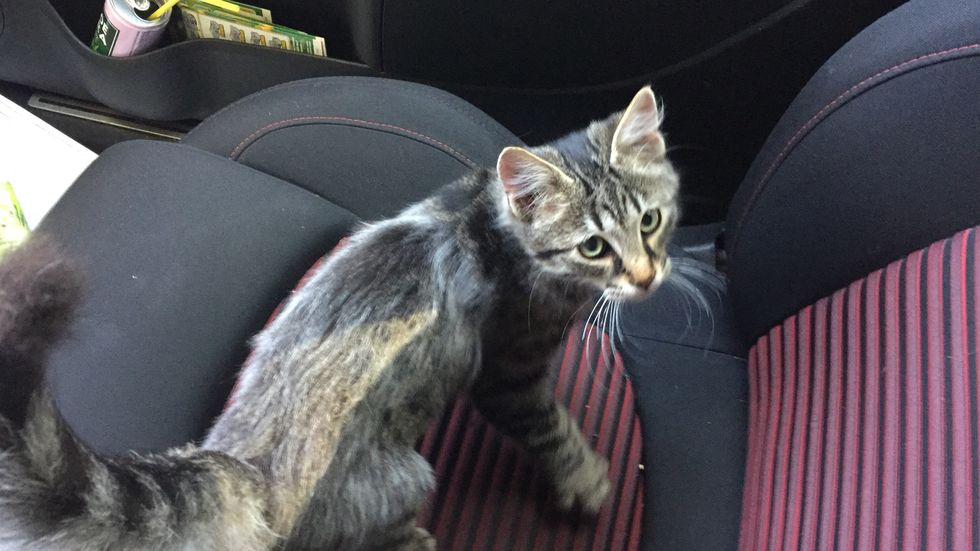 Since his arrival, the little tabby hasn't stopped following his humans around the house.

If his human dad sits down, he jumps on his lap and won't leave him out of his sight. 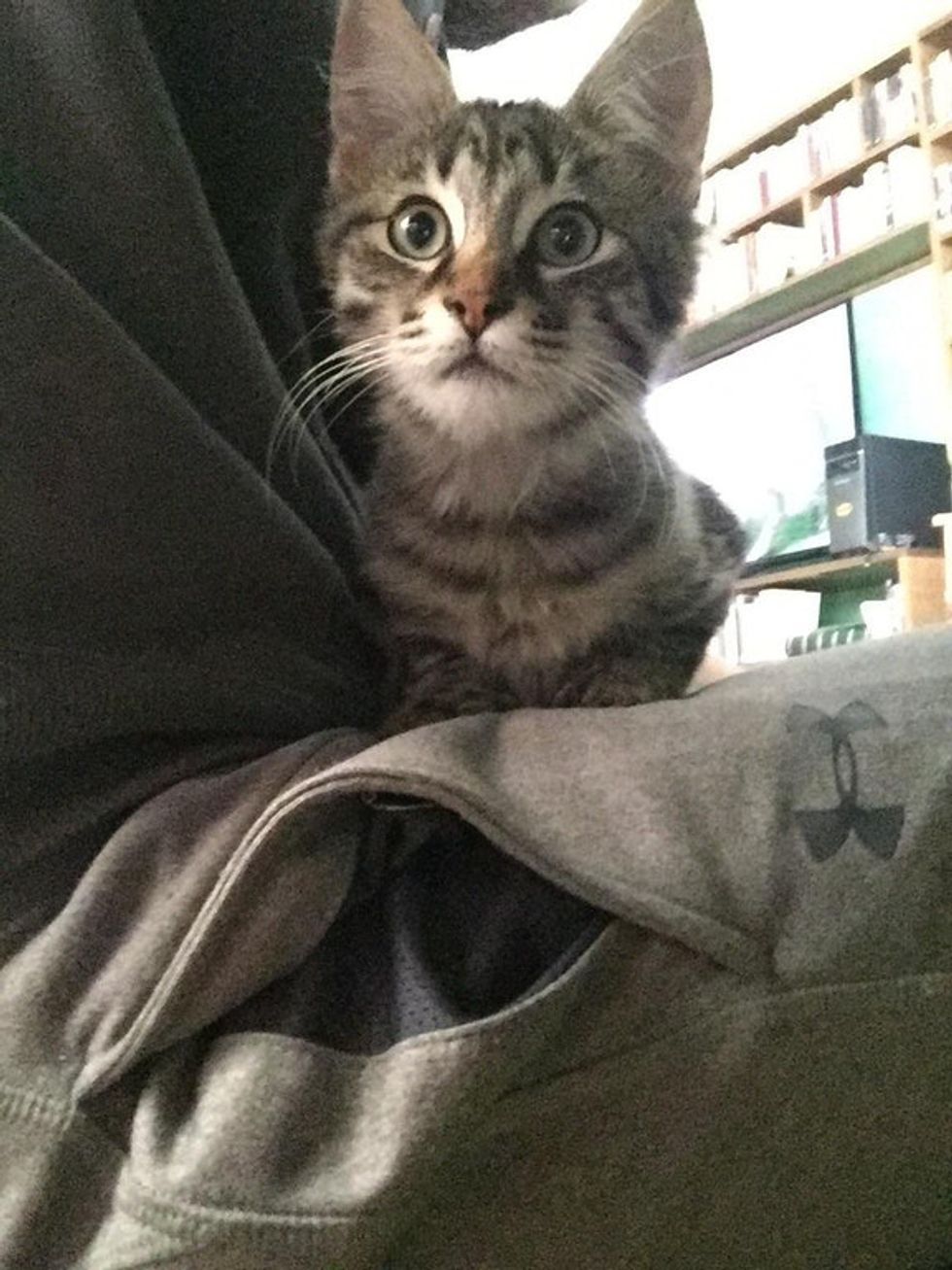 They introduced him to their four cats, who quickly took to the little new guy and welcomed him to join their gang.

Sharing food with one of the resident kitties. The tabby boy is eating like a champ! 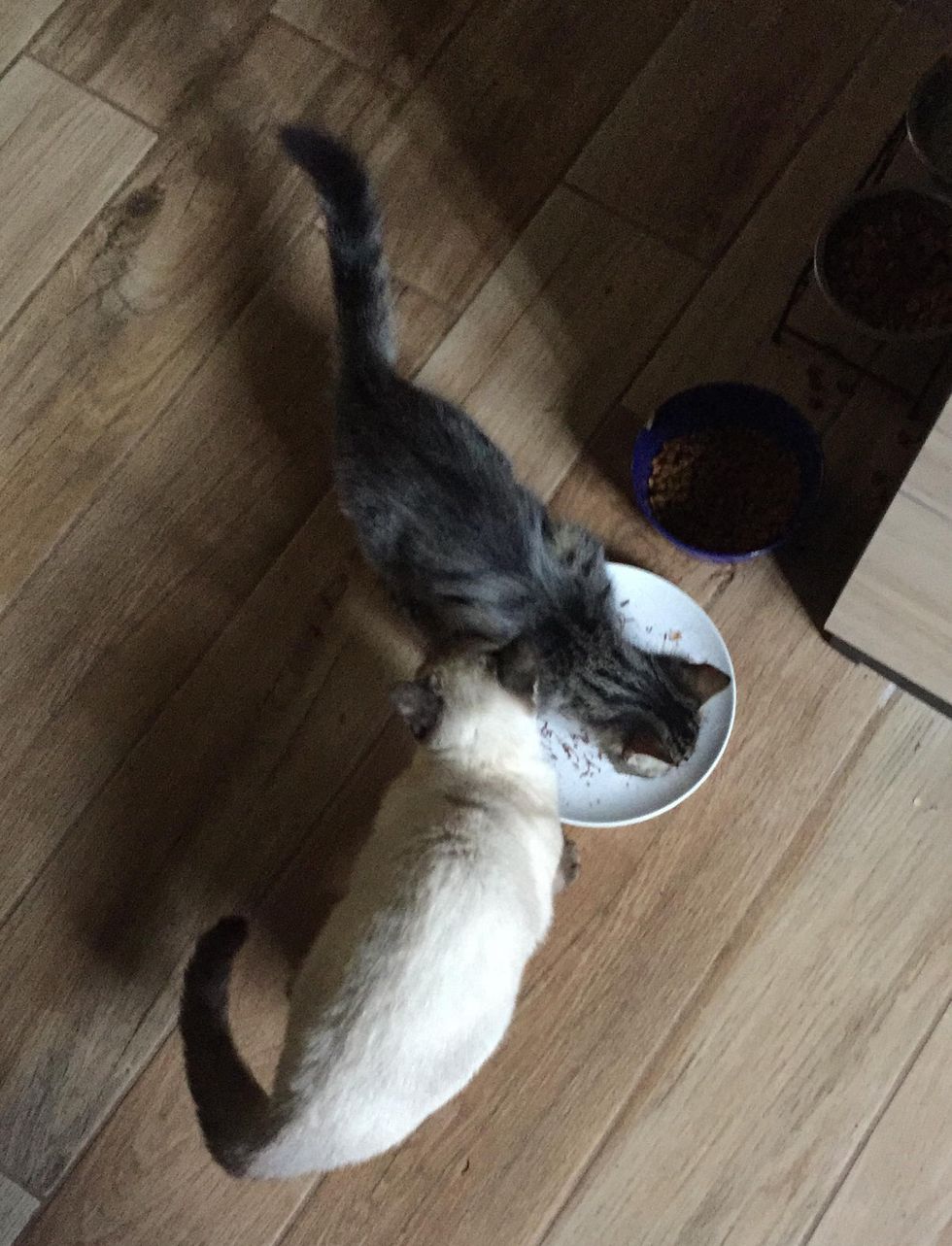 He constantly demands cuddles with his humans, especially his cat dad.

The little stray has turned into an affectionate lap cat! 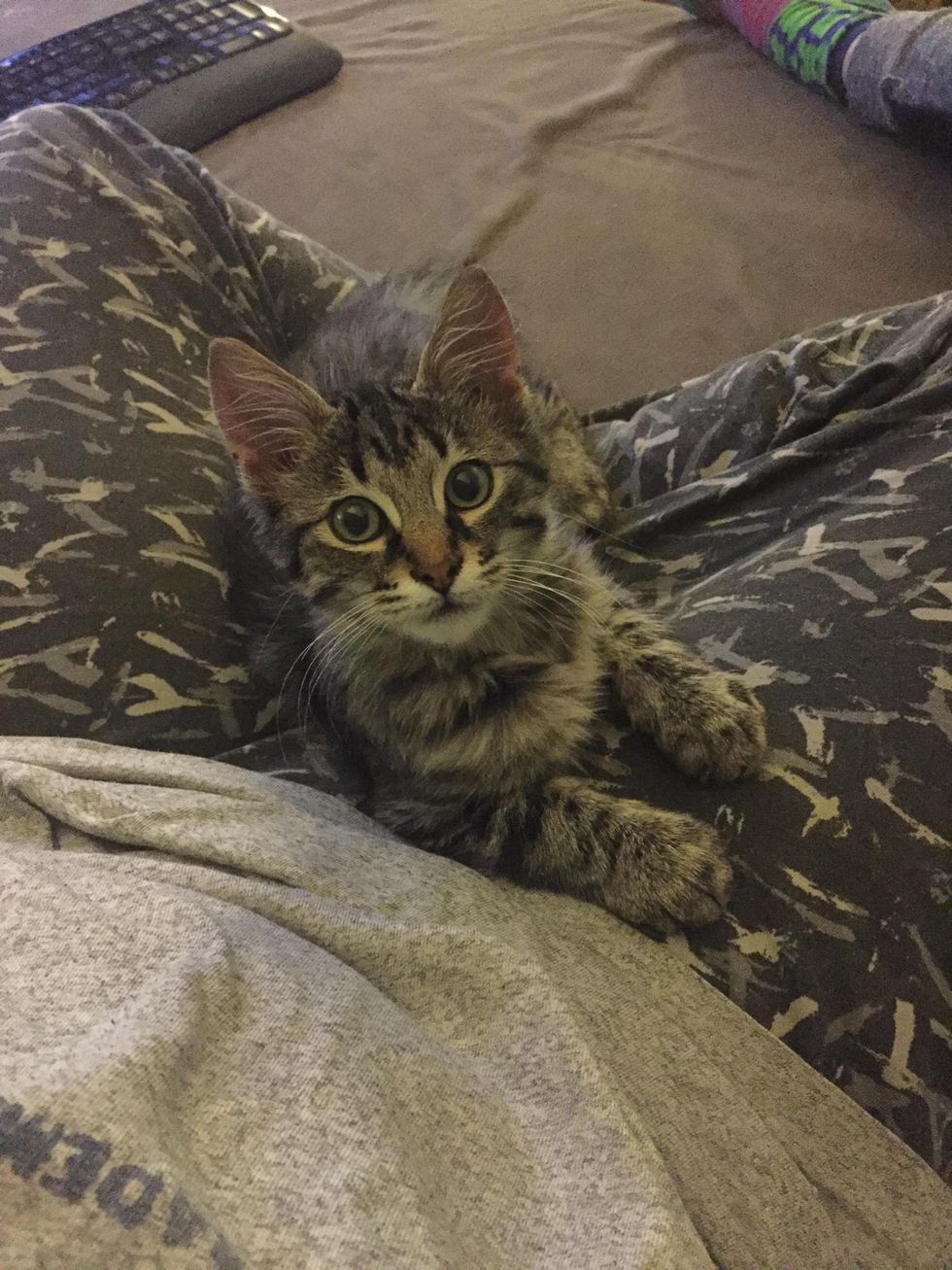 "I found him on the streets starving, afraid and lonely. Now he's happy to be with us and my other four cats."

Life is good for the little tabby boy! 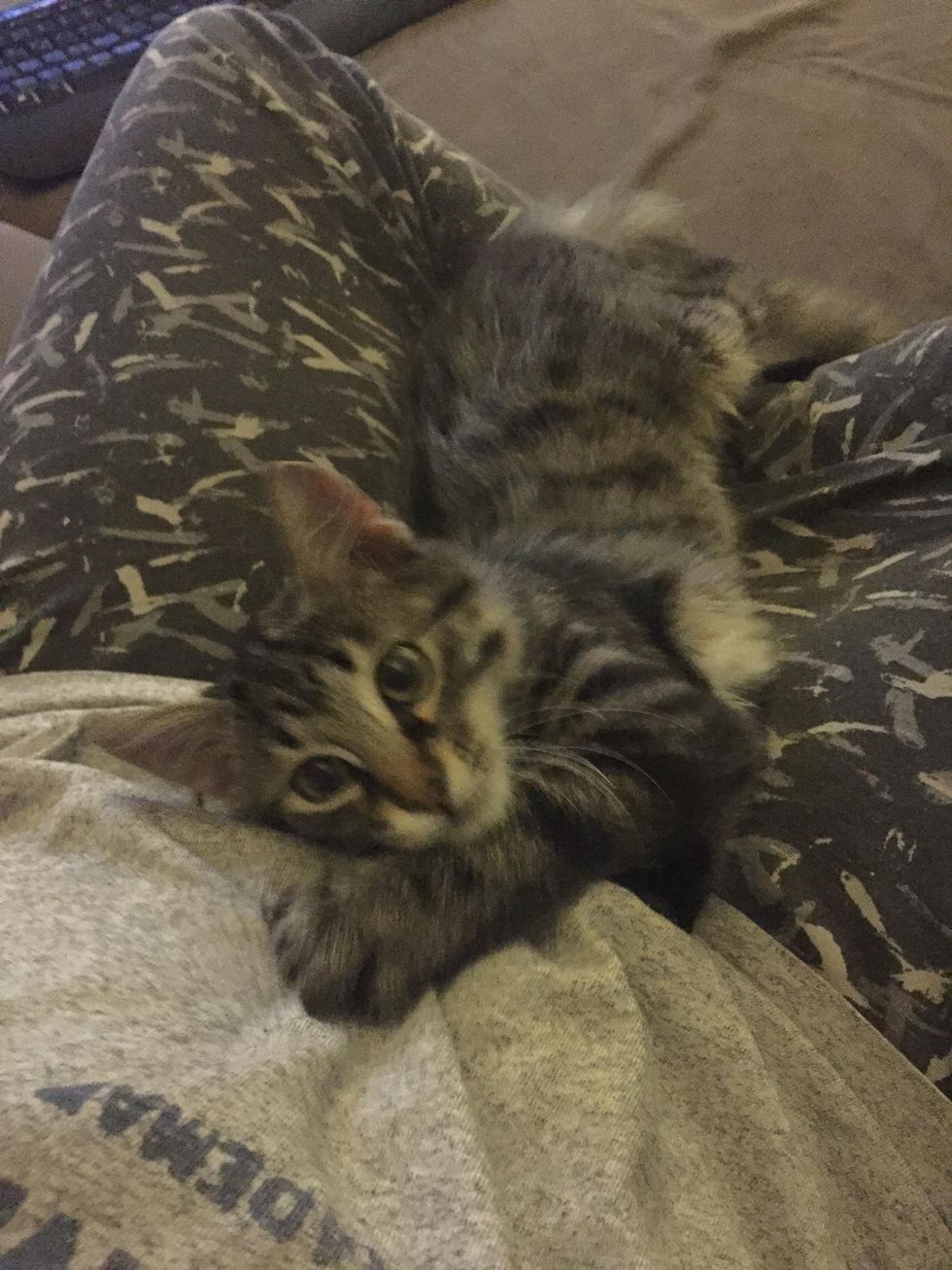