Pregnant Stray Cat Walks Up to Man, Clinging to Him and Asking for Love...

A pregnant ginger cat walked up to a young man who wasn't very fond of cats, but she snuggled up to him and insisted that he take her home. 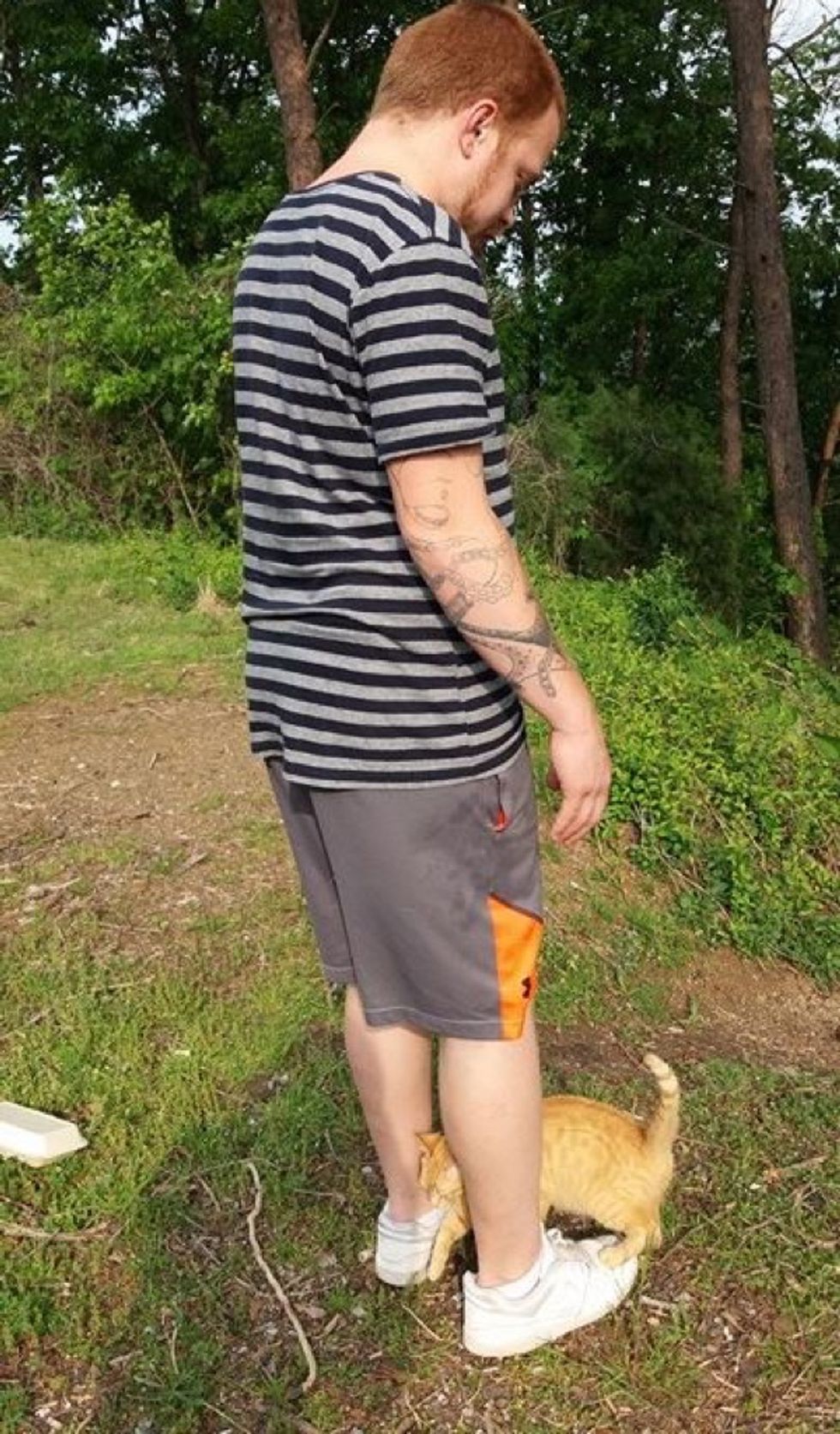 The friendly stray cat came across a couple and immediately took a liking to the young man. She followed him around, rubbing his legs and wouldn't let him go.

"She was very chatty and friendly, I told (my boyfriend) it was meant to be because they were both gingers," imgur user DaftGirlCC said.

The man realized that the cat had chosen him and wouldn't take no for an answer, so he gently picked her up and placed her in his car. 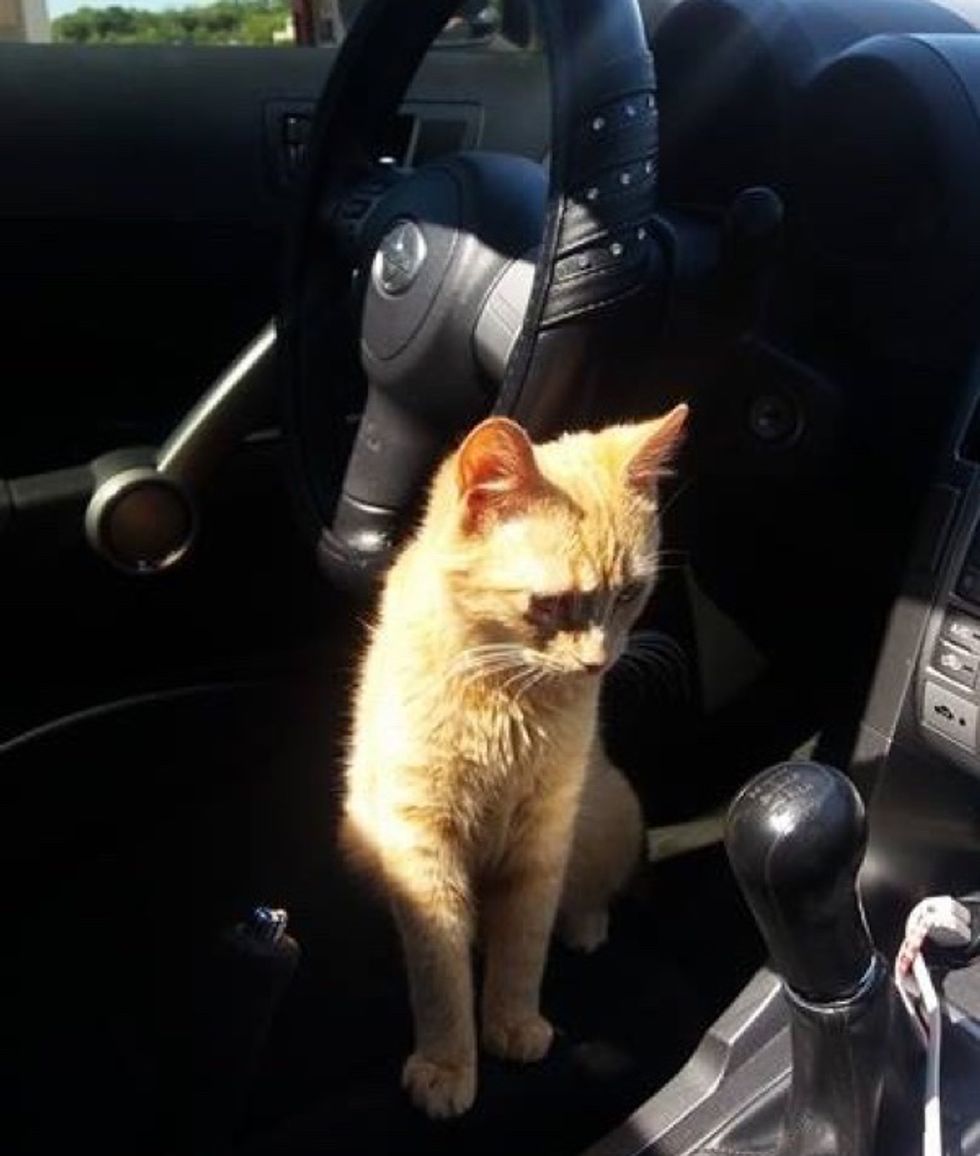 After a brief tour inside the vehicle, she set herself comfortably in the back seat and was ready to go home with her new humans.

"Here she is in the back seat on the way home." 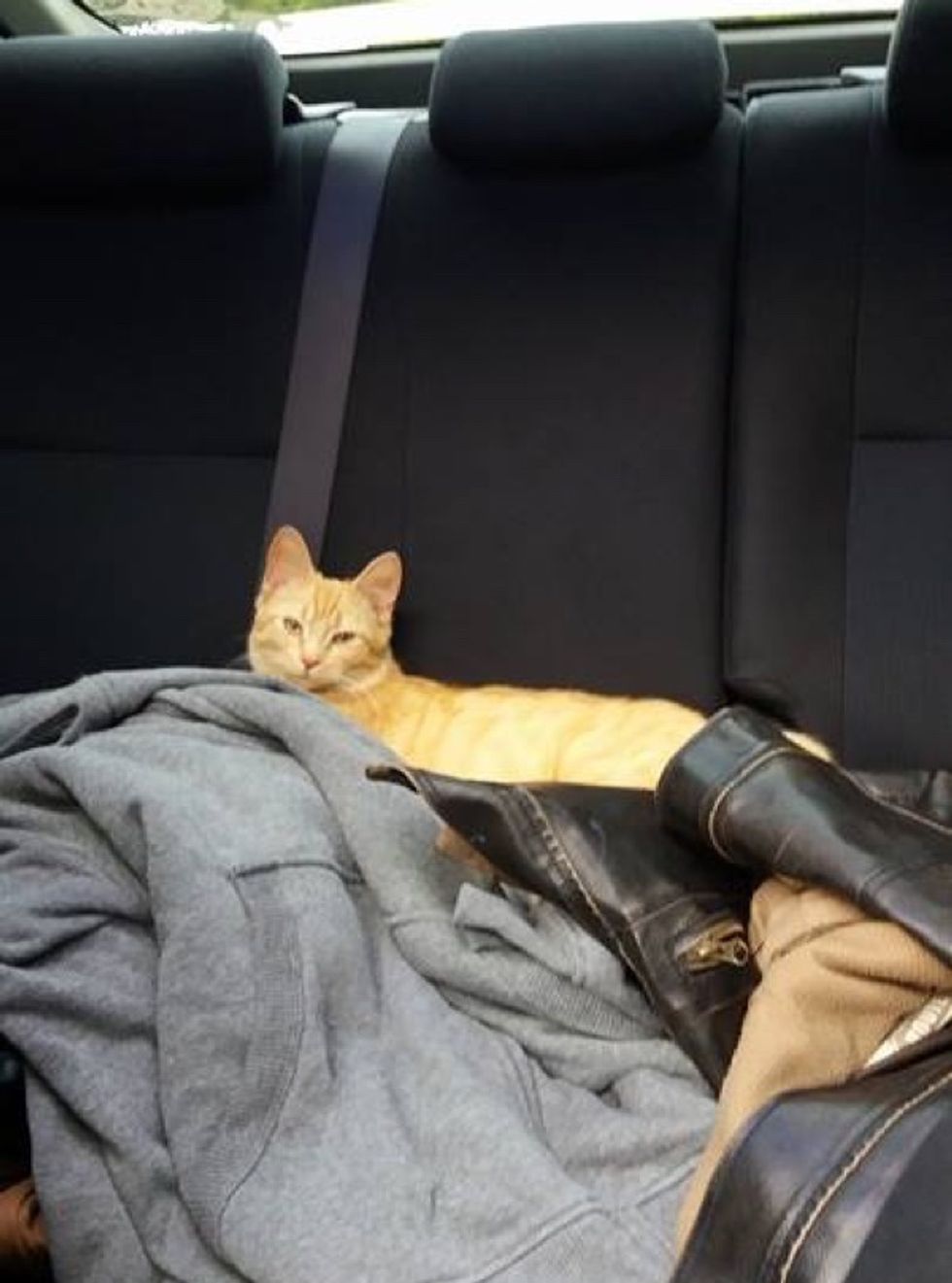 One day later, her belly popped and she gave birth to four very tiny kittens. The young mama was no more than six months old, and soon they realized that she couldn't produce milk and the kittens weren't looking good.

They tried to bottle feed the babies but due to illness they didn't survive. "The reason her births failed was because she had Upper Respiratory Infection (Chlamydia), eye infection, and an enlarged uterus." 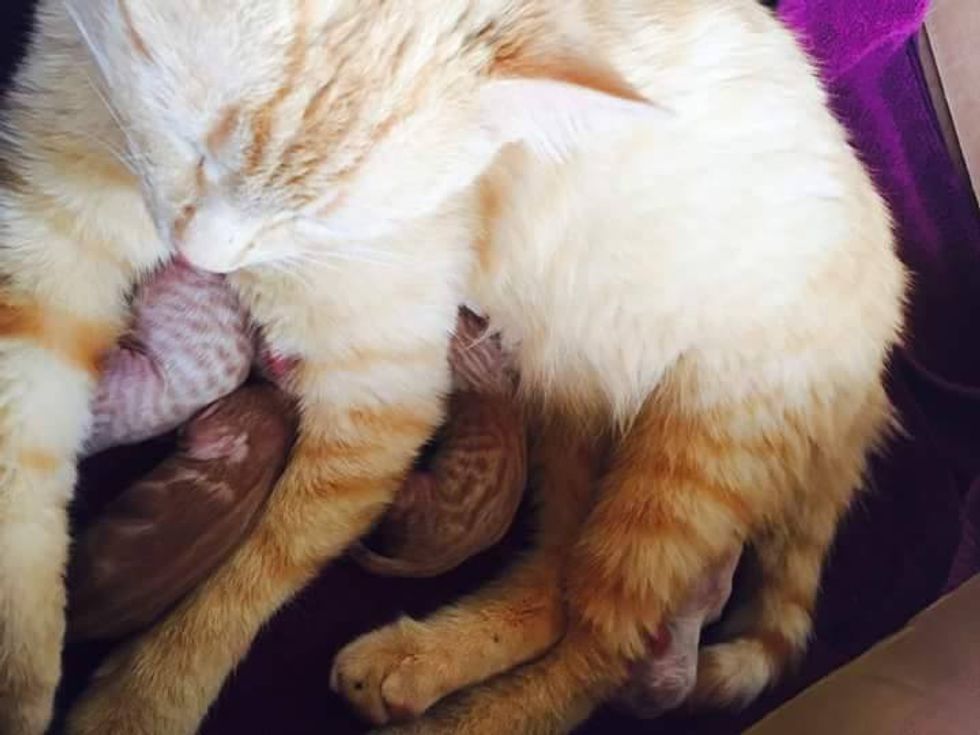 The kitty later received life-saving surgery. If it weren't for the couple, the ginger cat might have had the same fate as her babies. After the surgery, she was finally on the mend.

They named her Sunny Bunny Sausage, and the ginger girl crept her way into their hearts. That day, they made her a permanent part of their family. 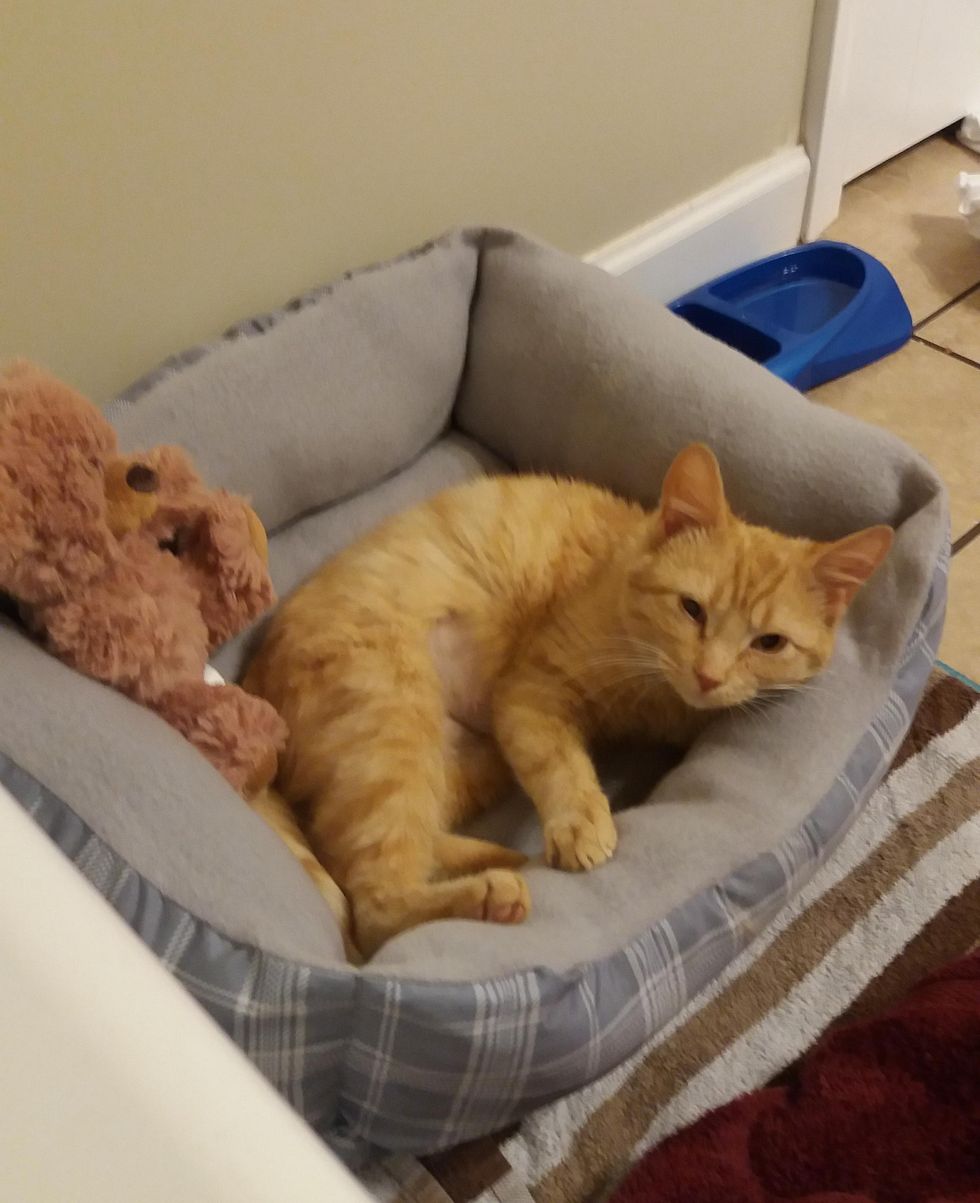 A few days later, Sunny bounced back and was stronger than ever. The couple thought it was time to introduce her to their other cat. 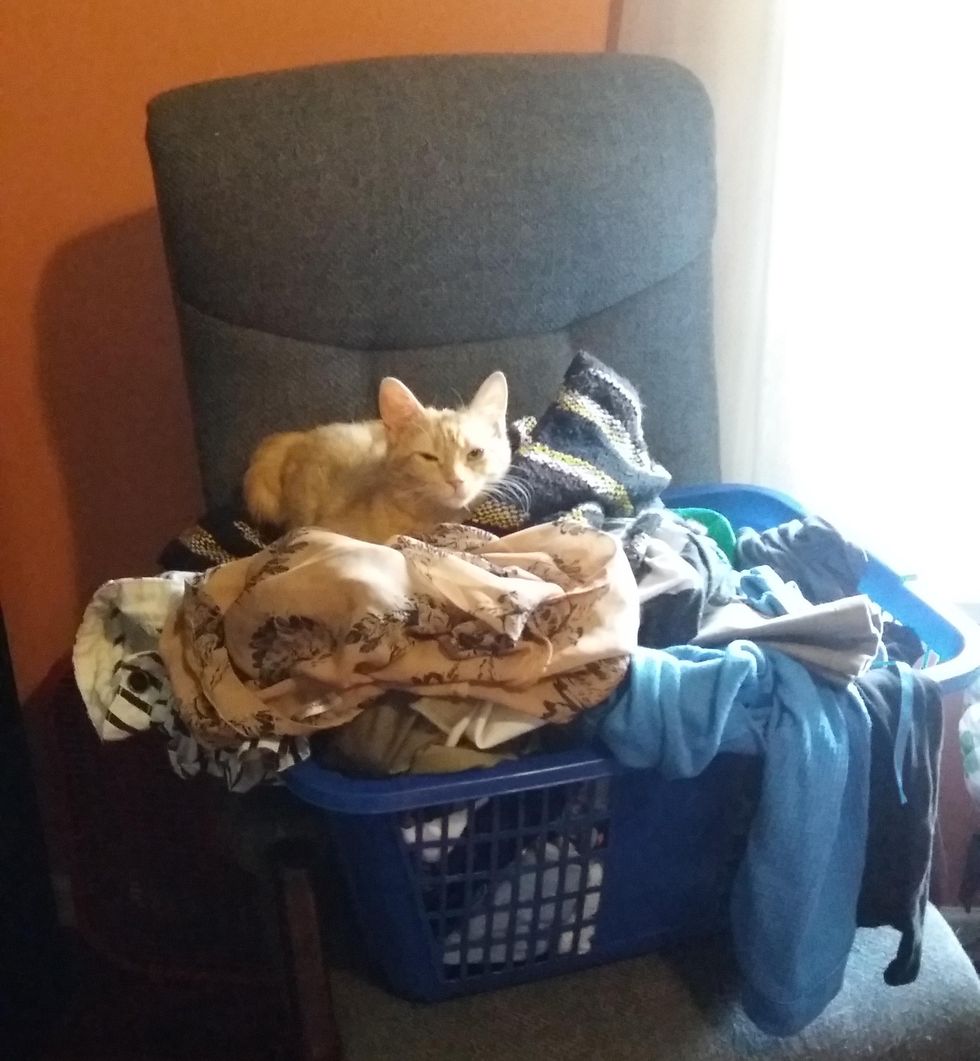 "Muffins Anastasia Potatoe is not happy as she is staring her down from the other corner of the bed, but that's nothing a can of wet food can't fix." 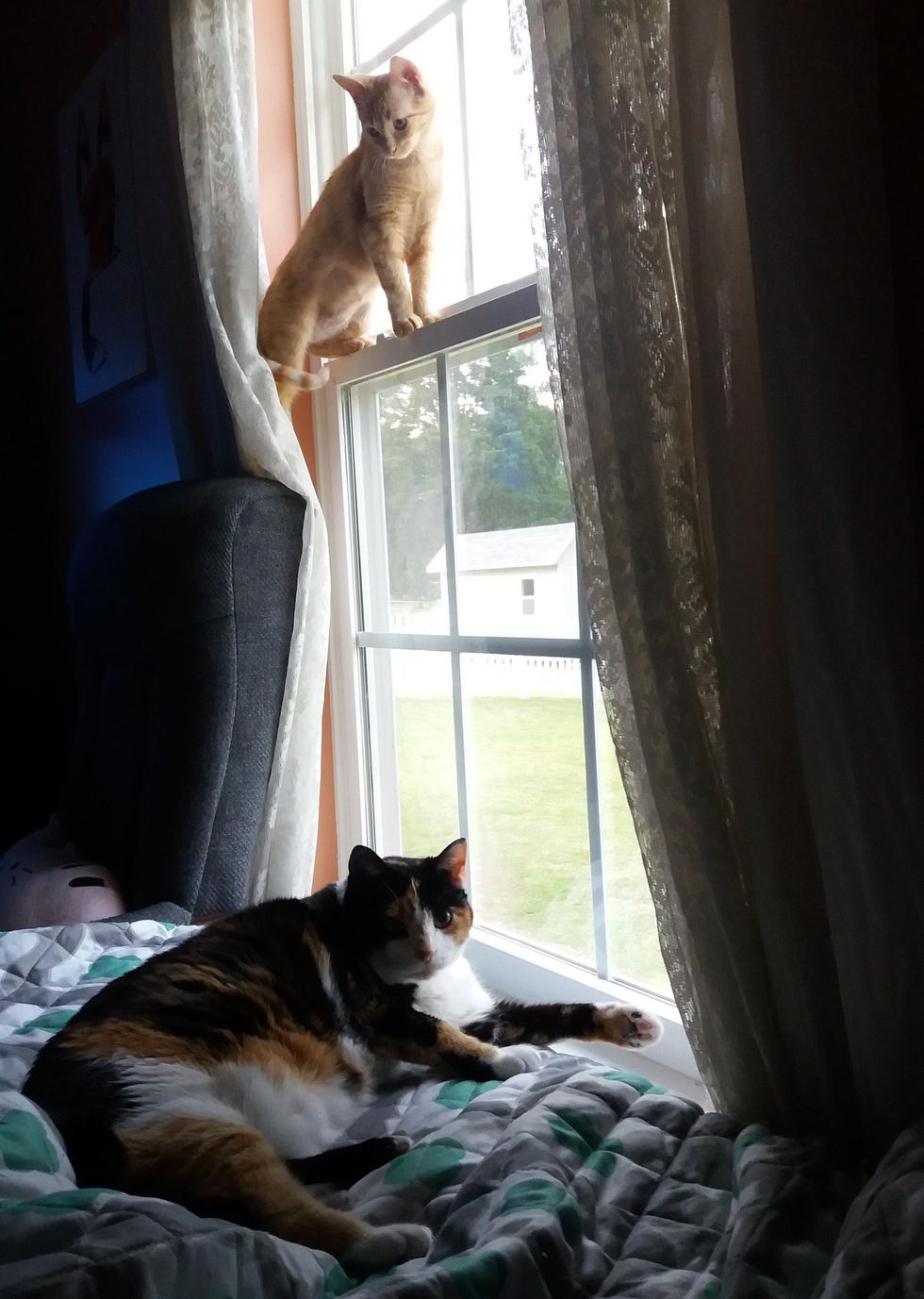 Over the next few weeks, the two kitties bonded and became good friends.

Now they spend time by the window, enjoying cat entertainment together and just relax in their humans' bed, watching the day go by. 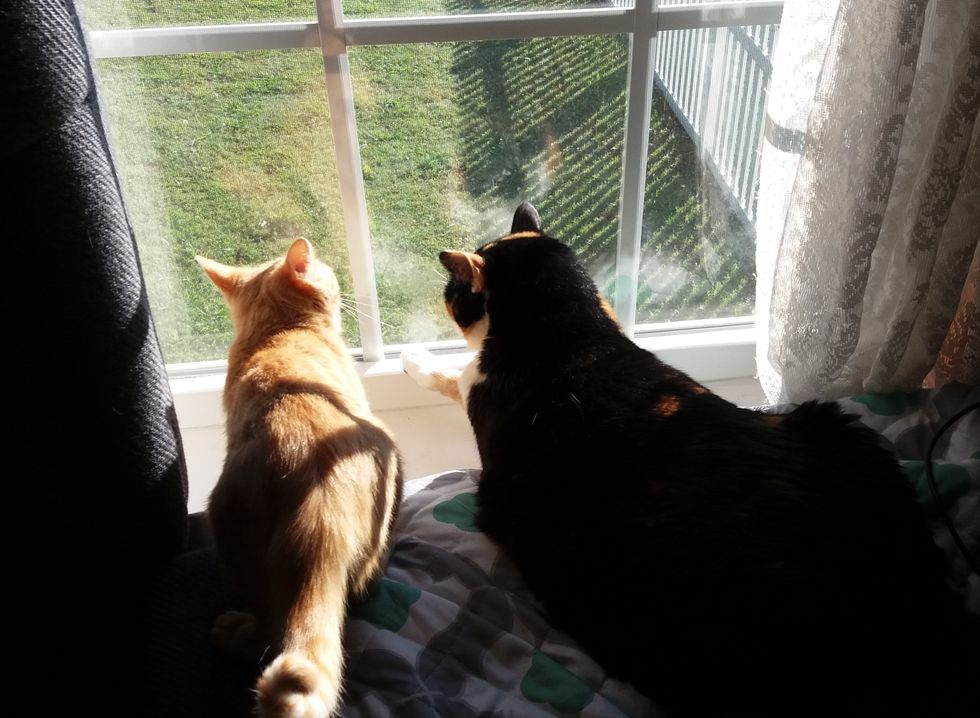 The ginger cat found the couple who saved her life and gave her a place to call her own. The man who wasn't a fan of cats, now adores his ginger girl to bits. 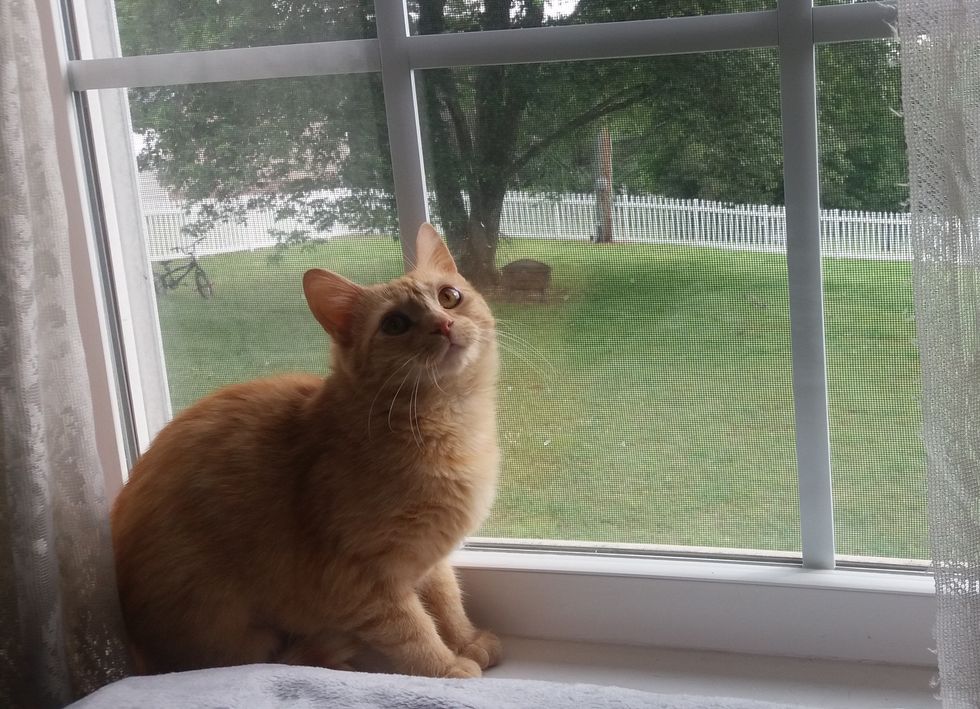 Related story: Pregnant Cat Hides in Shelter Cage Fearing for Her Babies, But After the Freedom Ride