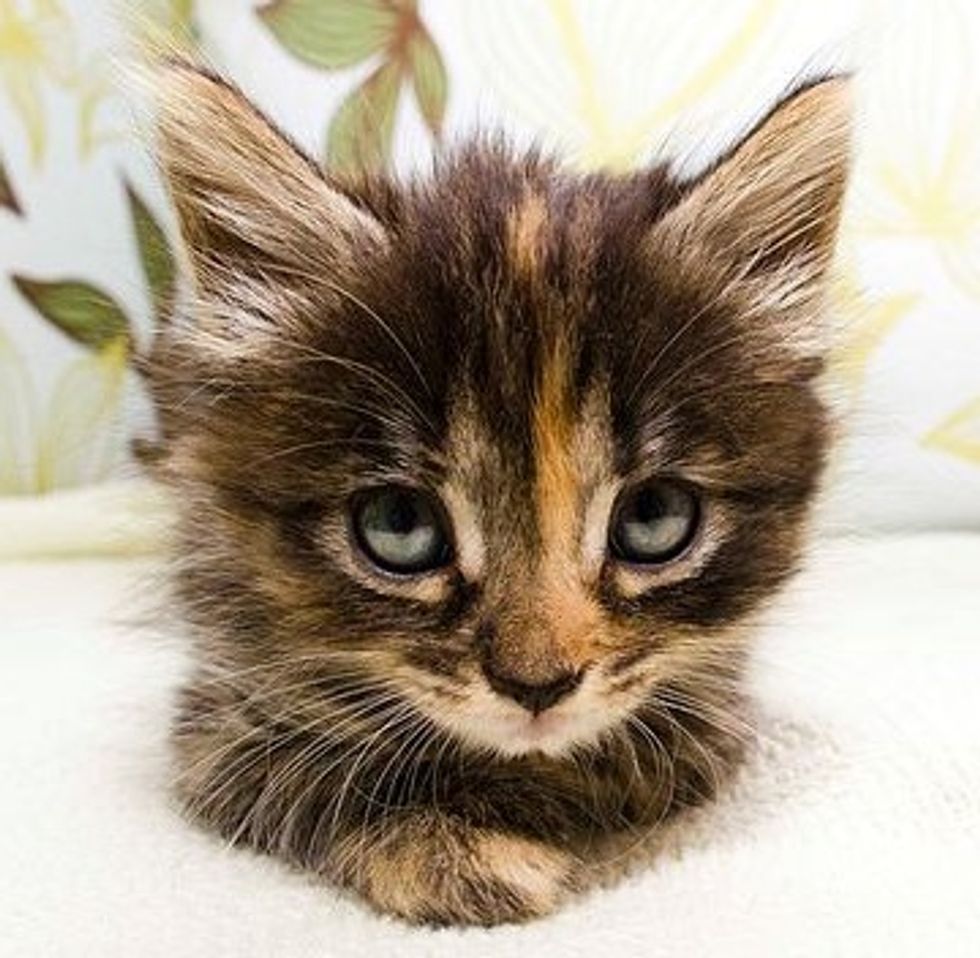 My wife's friend Sarah takes her 13 month old daughter to the same park every morning and she noticed a familiar kitten meow's nearby the bench she was sitting. At first, she thought it was coming from a trash can near the bench so she got up to find out. Upon getting there, she realized the meow's were coming from a box right next to the trash can. She opened the box and there were four kittens dehydrated and crying for help. With her kind personality, she just could not leave them there. She took them home, gave them a bath and fed them.

My wife and I did not know she had them until we got there to pick up something from her house. She told us what happened and we could not believe that someone could've just abandoned them. They were still a little wet from the bath and slowly coming alive from water and food they got. There were two darker ones and two orange ones. Liger was the most energetic one out of the bunch. He was not shaking but walking around us fearlessly. I knew he'd be the one I'd take. Phoenix wasn't as energetic at the time, but her fluffy face with her big eyes were just so adorable! I've not had many cats in my life, but my wife has always had cats so she informed me that cats are social animals and we should get them in pairs.

Our family have been wanting to have another cat since we moved into our new home. We looked around but after finding out that most shelters ask for $150 for an adoption fee, we weren't sure at the time, so we told our daughter, "maybe for Christmas." Well, after seeing Phoenix and Liger, we just had to take them home. The first two photos were taken the very same day we brought them home and although they were sweet, they weren't moving around as much. Next day though, when we combed them for fleas and gave them more food and water (little by little, didn't want to upset their stomach), they were jumping around and exploring their new house as happy as they could be. Our daughter came up with the names on the third day and they kind of make sense. Liger has stripes on his back, but spots on his belly. Phoenix has that orange stripe on her head.

We were also pleasantly surprised that they knew where to go potty after we put their new litter box on the floor. We are so glad that they found home with us.