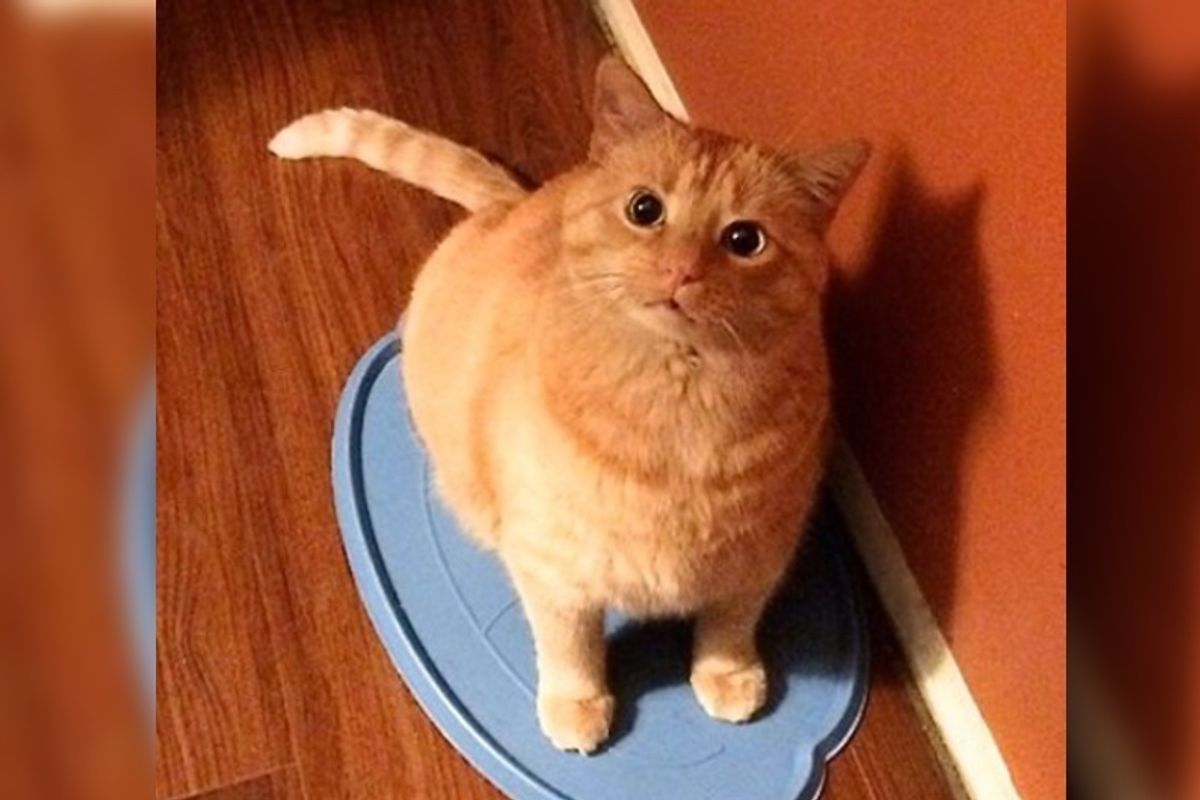 "Unwanted" Ginger Cat Shows Up on Doorstep Asking Family to Take Him in, Now Almost a Decade Later...

An "unwanted" ginger cat showed up on the doorstep of a family asking for love. They couldn't say no... 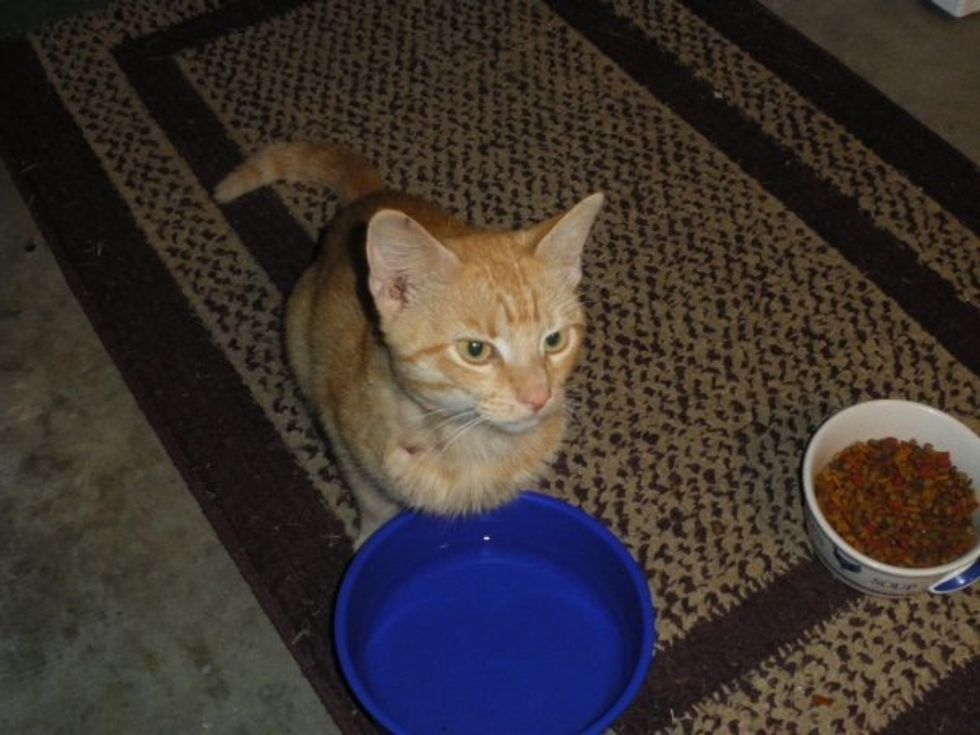 The then 2-year-old ginger cat found himself wandering the streets looking for food scraps and shelter. He decided to stop on a family's doorstep one day....

It was a cold day in October, and the little feline was very hungry. He walked to a house and saw a friendly person and some warm, happy cats through a window. He began to meow, wanting to come inside.

The kitty couldn't have found a better place for help. Rhonda Andersen, the home owner, is an avid animal rescuer. When she saw the little kitty and those eyes, she rushed to open the door and let him inside. 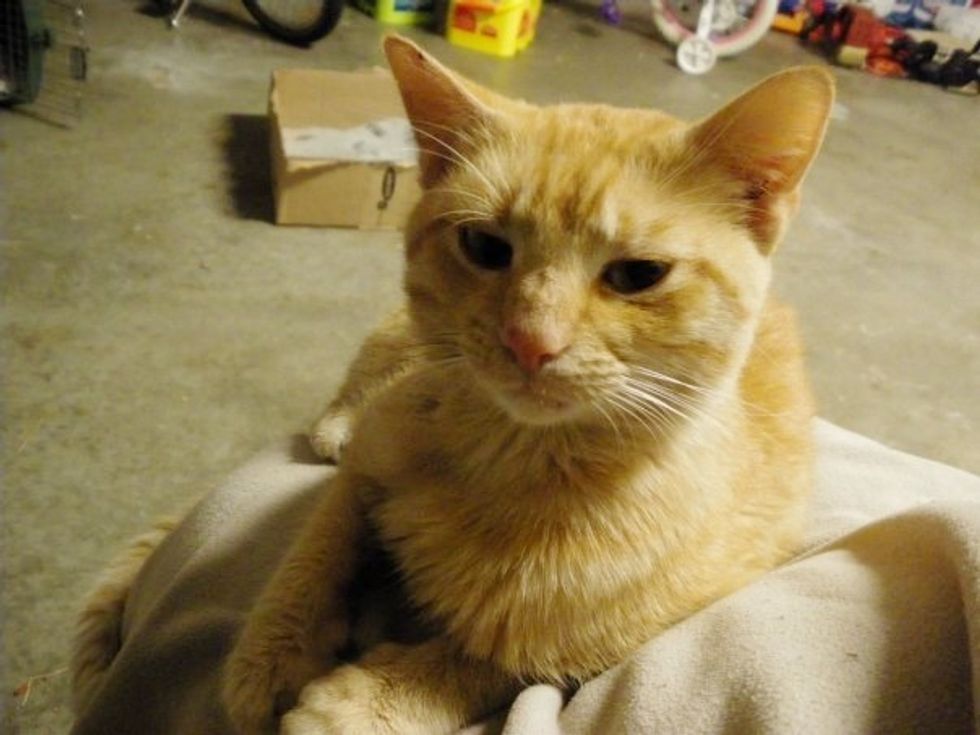 "Toby was unwanted. He showed up on our doorstep, so we took him in. We gave him some food, and he devoured the whole can in seconds," Andersen told Love Meow.

Toby had a big sore on his neck and was just skin and bones, but all he wanted was love. 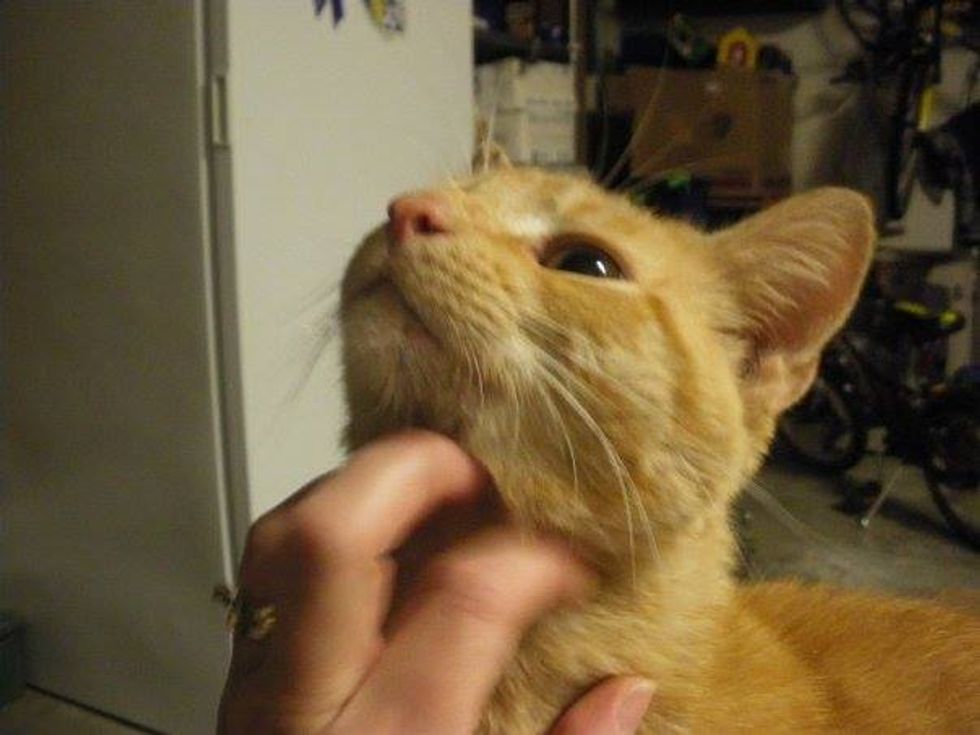 After getting a full belly at last, he jumped up on his human's lap and stayed there and purred.

It was as if he was saying, "Thank you!" 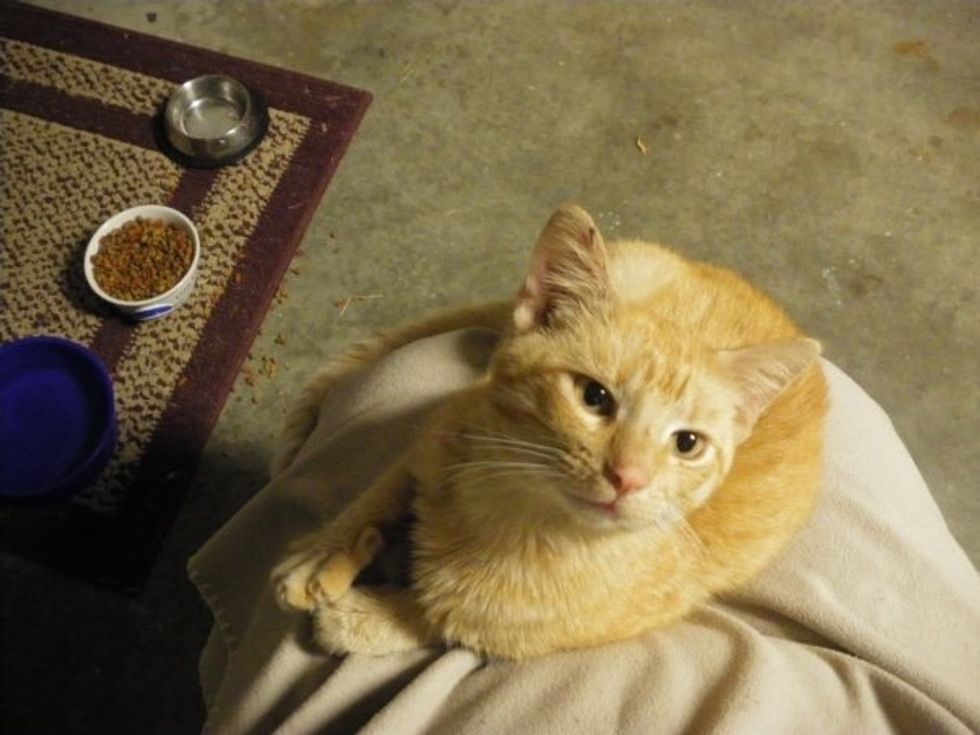 They made him a makeshift home in the garage and started caring for him until he fully recovered.

No one came forward to claim him. As time went by and the amount of snuggles they shared, before they knew it, the kitty had crept his way into their hearts. 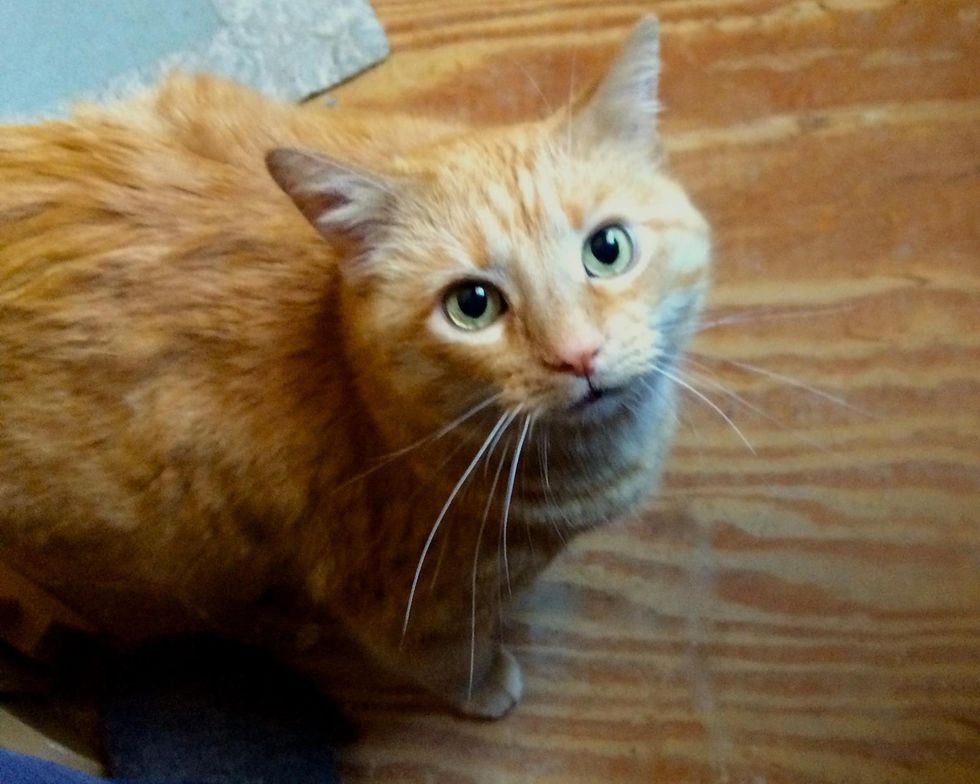 They couldn't stand seeing him out fending for himself, so made him a permanent part of their family.

"Now, he is the sweetest boy ever! This handsome boy lives with 7 black and tuxedo cats and is our biggest lover," Andersen said. 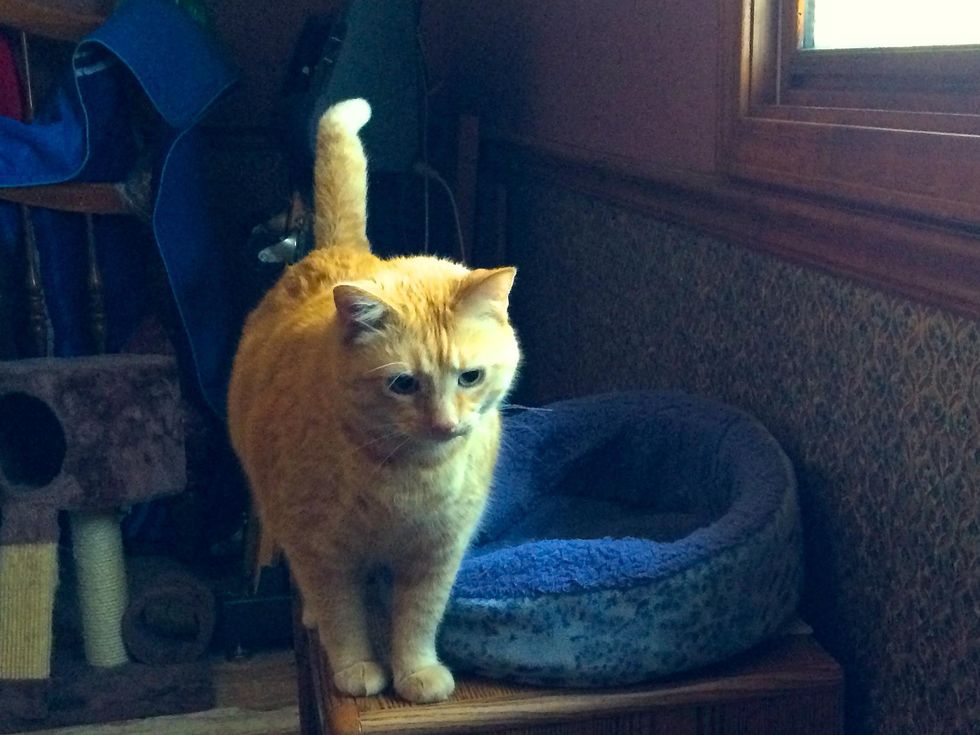 From that day on, every day is a lap day with Toby. He cuddles with his humans and sits in their lap for hours.

The sweet ginger boy tells his family how happy he is to be loved every day and bring them gifts (toys, something from a basement wall) and greets them with happy meows every morning. 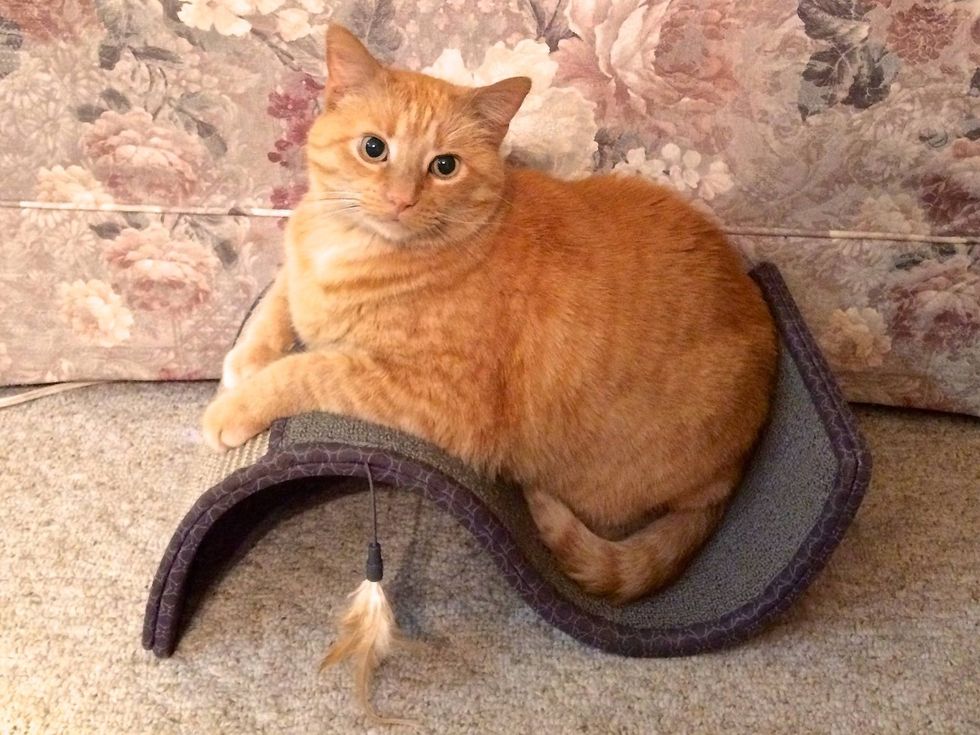 "My daughter and I were watching Cupcake Wars and both of us saying we really wanted a cupcake," Andersen told Love Meow.

"A little while later, Toby showed up with a toy cupcake in his mouth! He always brings me gifts!" 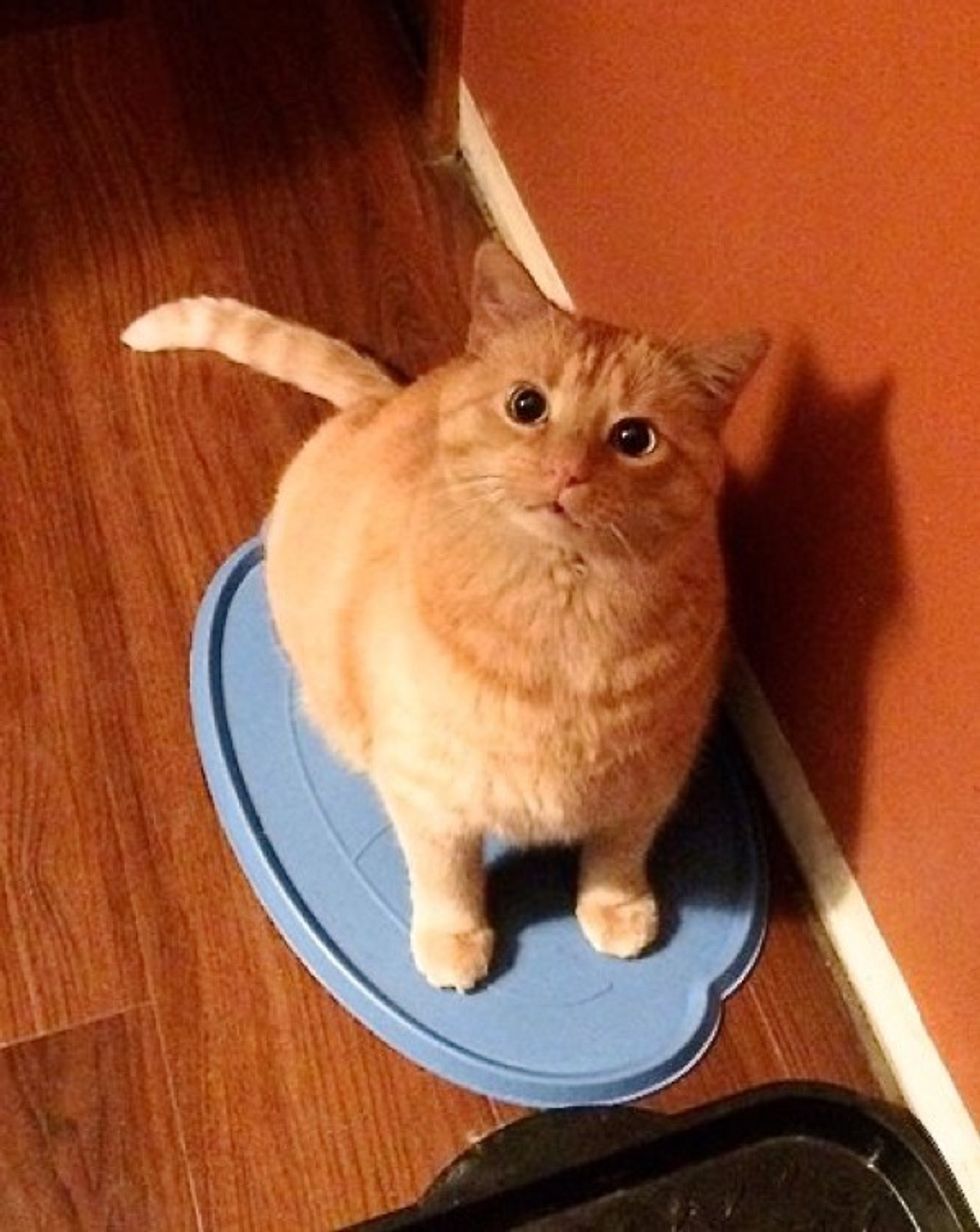 Toby helps his human mom look after kitties in need as Andersen continues her rescue efforts.

"That's Pepsi when he was a kitten. Toby took him under his care right away, and they've been BFFs ever since," Andersen told Love Meow. 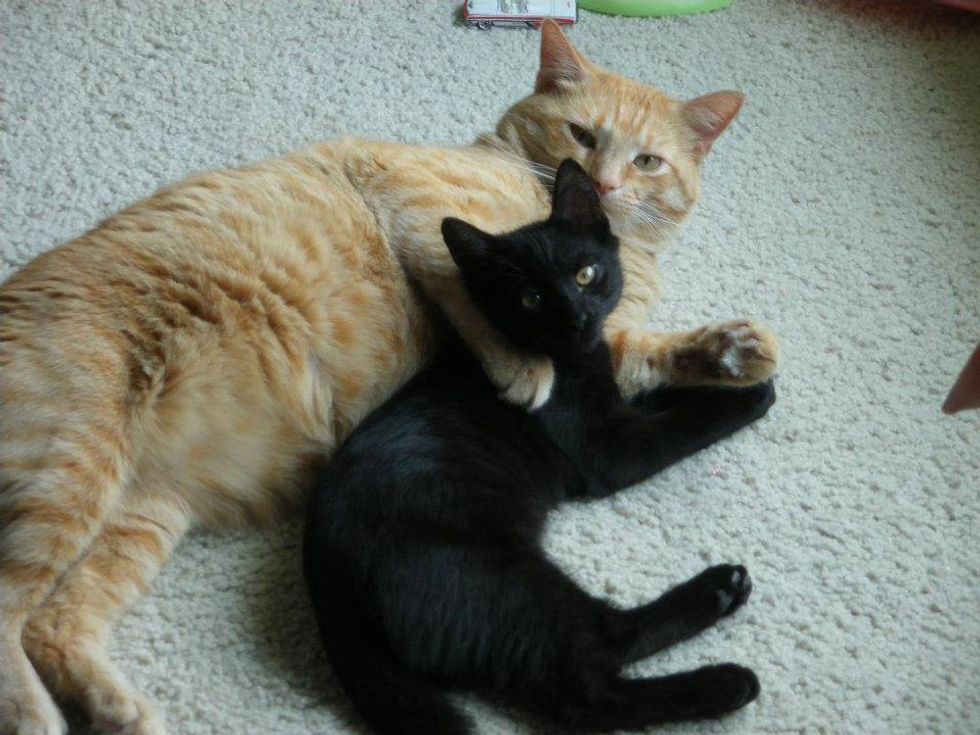 Now a decade later, Toby has turned out to be quite the character!

He loves looking through the window but he doesn't miss being outside at all. 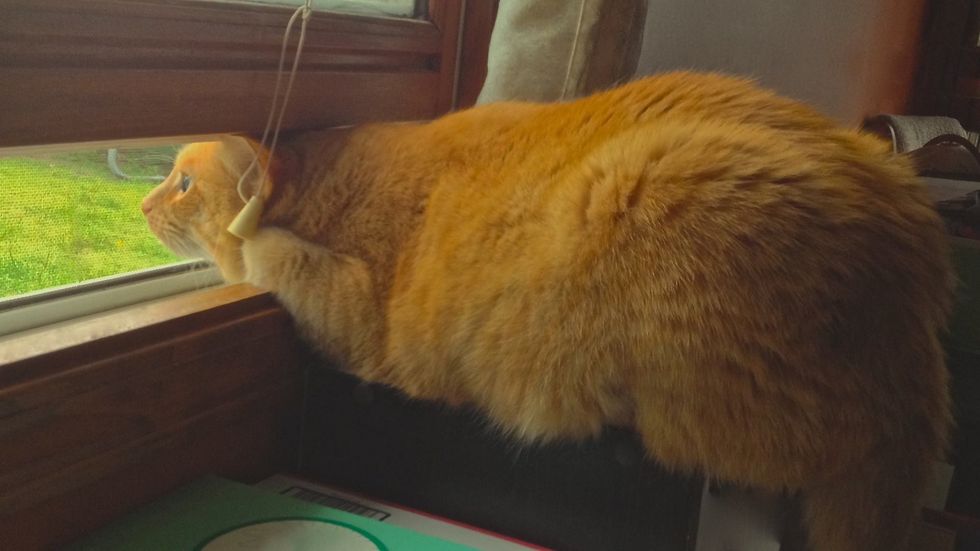 When Toby came to his humans, he was a tiny stray looking for love. The family took him in with open arms so he would never feel unwanted again.

Toby is now the biggest lover in the house! 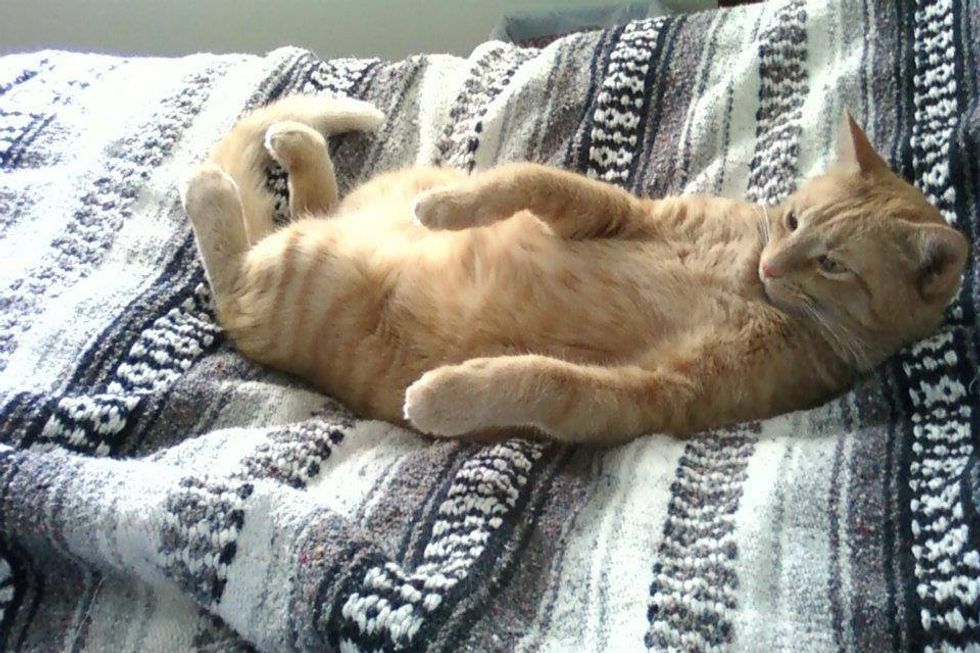