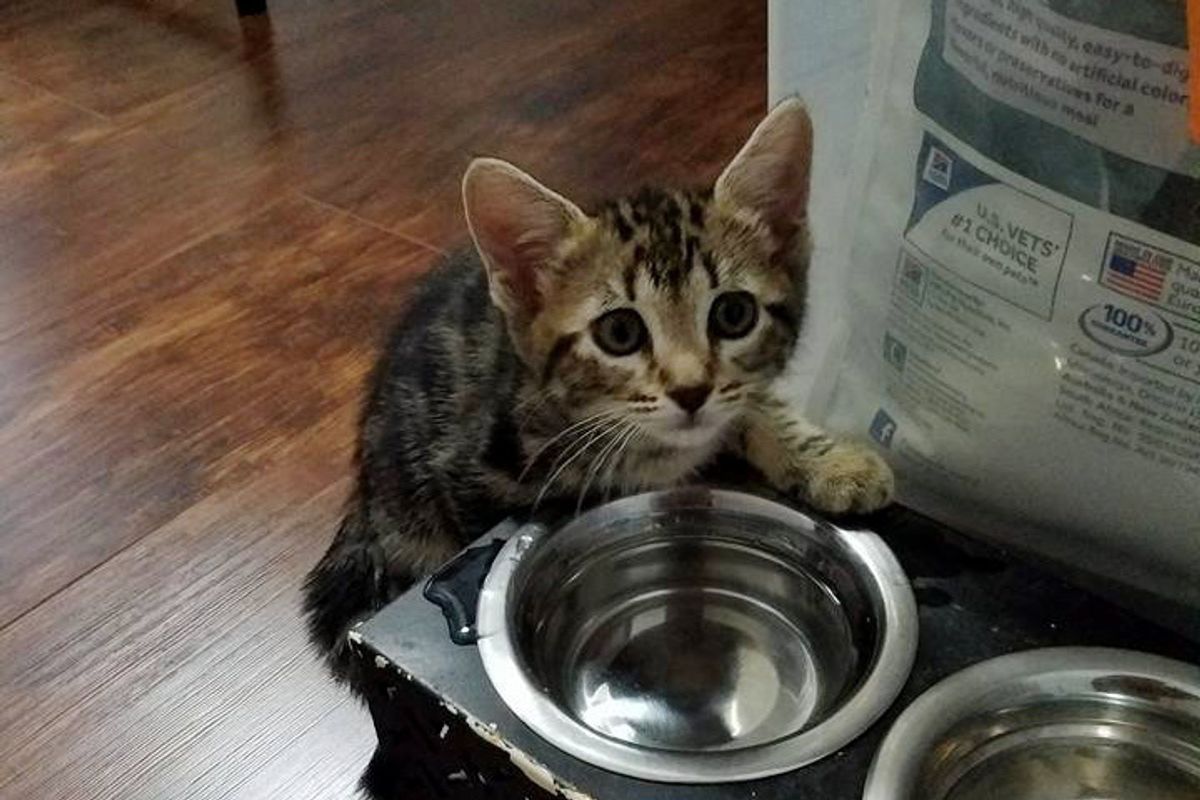 Man Found Kitten On His Doorstep Next to a Box, Meowing for Help, A Few Pets Later...

Last Sunday a couple were surprised to find a tiny tabby kitten sitting on their doorstep crying next to a box with a rock on top.

"Somebody left this little baby in a box on my doorstep." 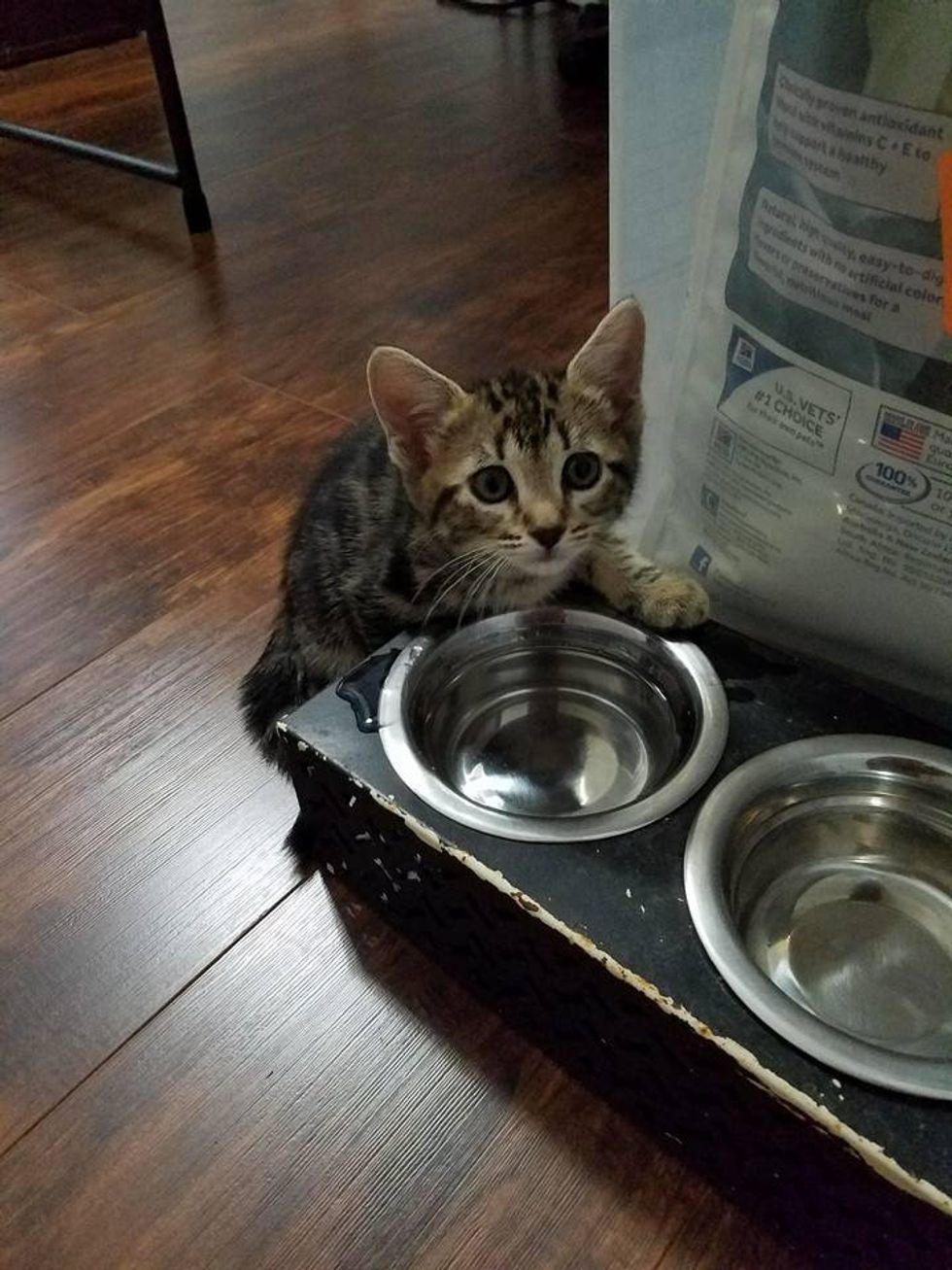 "We don't know who dropped him off, or anyone who had kittens recently. I think whoever had him before took care of him, but didn't have the means to keep him for whatever reason and thought we could for some reason," imgur user sensiblemender told Love Meow.

The couple are both animal lovers who have two other cats both found as strays. "One we had found at the river starving and took her in, the second showed up one day on our doorstep after a fight. He was covered in blood so we patched him up and got him fixed and he never left."

When they saw the little tabby kitten in need of a home, they welcomed him right in with open arms.

The kitten gobbled up some water and went up to his humans for some much-needed love and cuddles. After a few pets, he curled up in his arms and fell asleep. 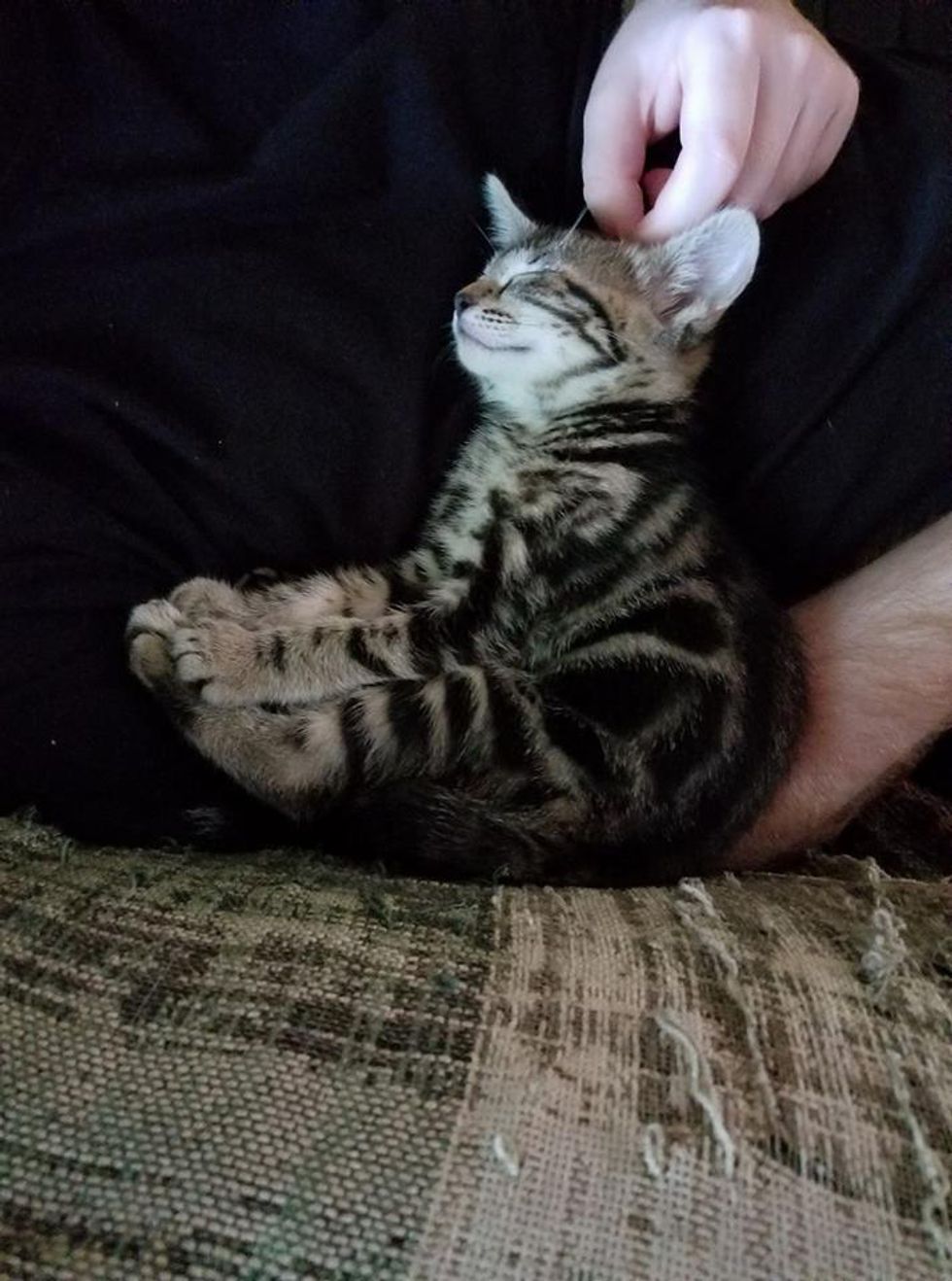 "He loves to play and cuddle. So far he's been a good cat and in just a few days he's been with us, has settled in nicely. He's even learned not to be afraid of my Scottish Terrier and that he can stalk and pick on her. She loves him."

After a trip to the vet, they decided to name the kitty Sirris after the video game Dark Souls' character. 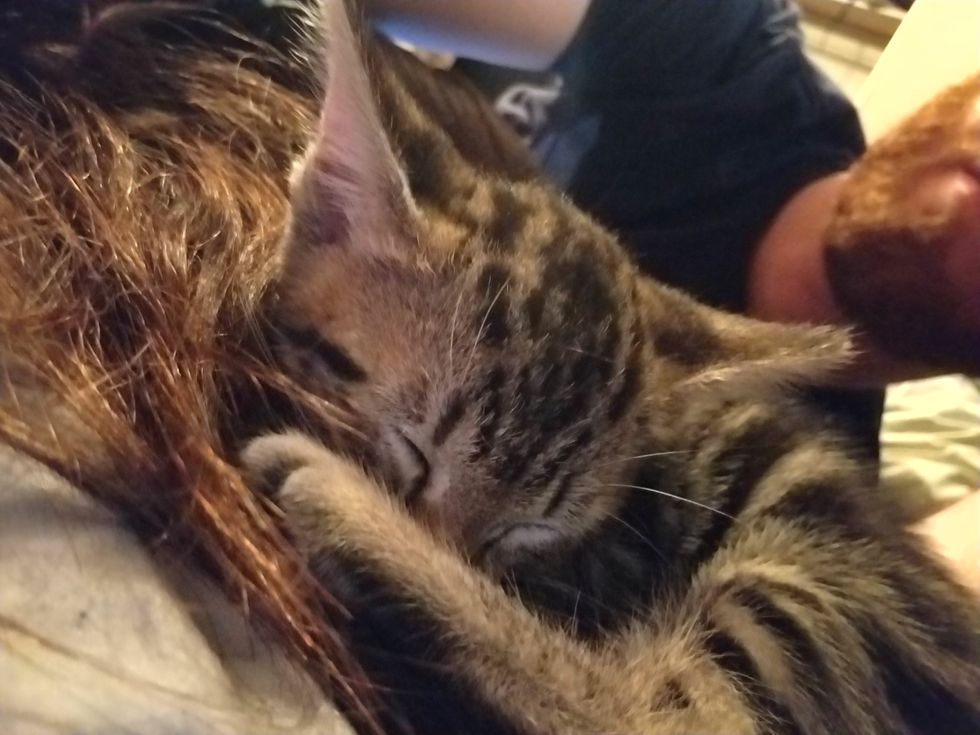 "Last night we decided to let him sleep with us. I hadn't been since he likes to get up and go crazy during the night and I have to work early. It turned out really well."

The kitten did play for a while but it was pure entertainment. "When he got tired he ended up laying next to my arm. I've discovered that he likes to sleep on his back with his legs stretched out. He also loves to sleep in my girlfriend's hair if he can." 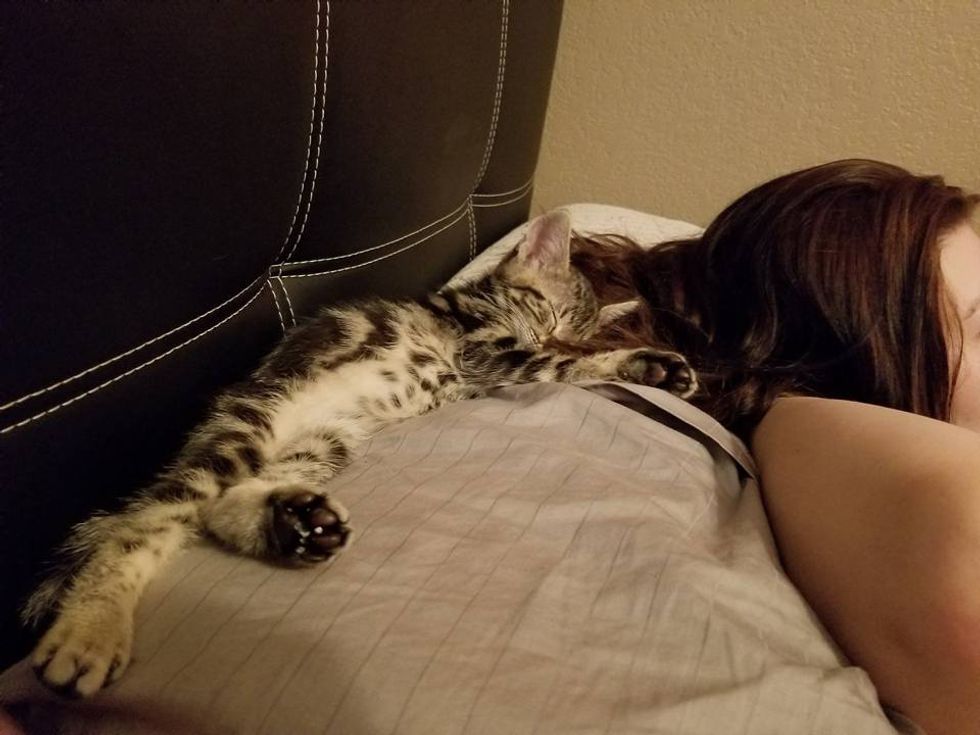 "He is loving his new home."

The kitten came to the couple unexpectedly, crying for love. After a few pets, he knew he's home! 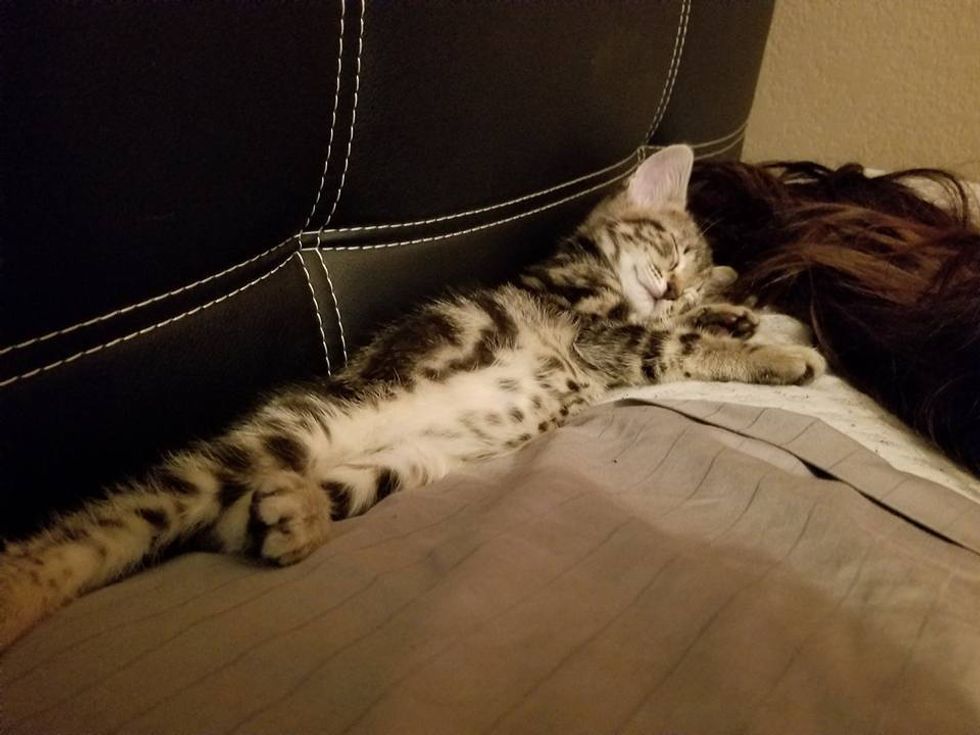 Related story: Woman Opens Door to A Tiny Surprise Waiting For Her on Her Doorstep Asking to Be Let In