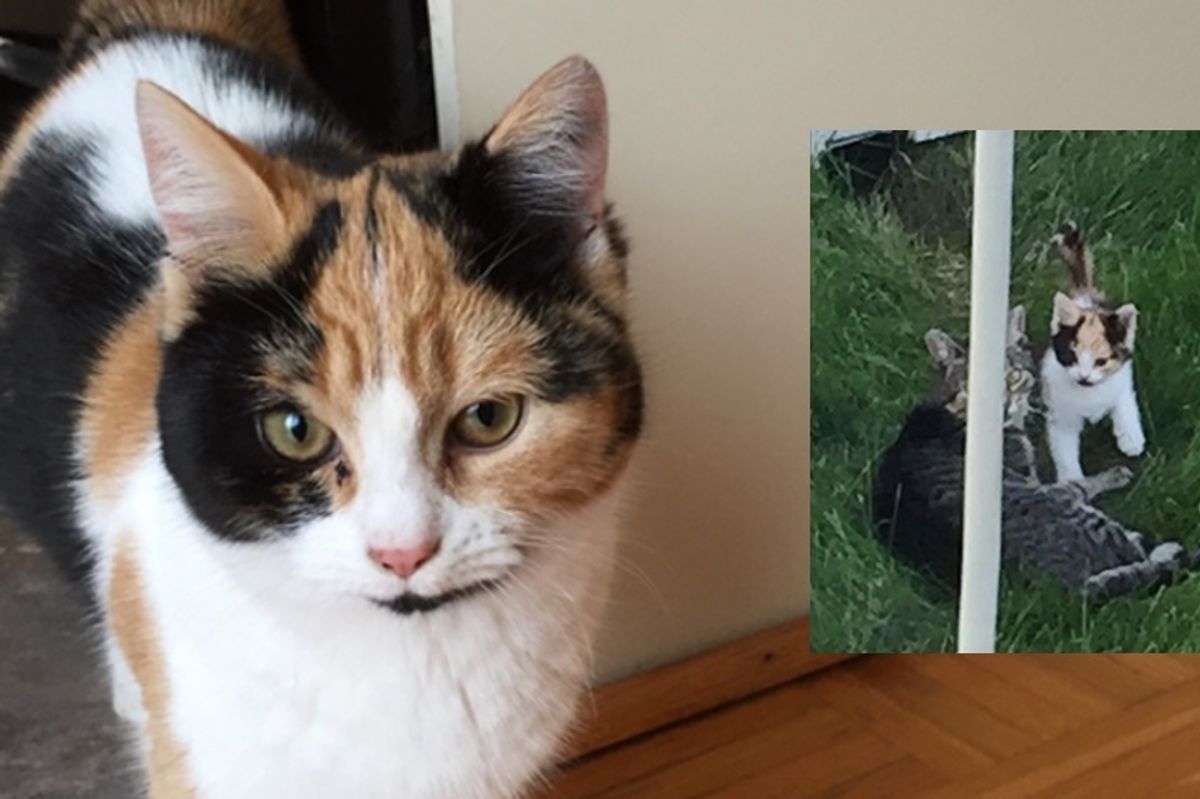 After Months of Coming to the Doorstep, Stray Kitten Decides to Move In…

A calico kitten has been coming to a family's doorstep for months. This week she finally decided to adopt her caregivers.

A family in Quebec, Canada, started feeding a stray cat after she wandered from the woods behind their house into their yard. Soon they realized that the cat was pregnant. 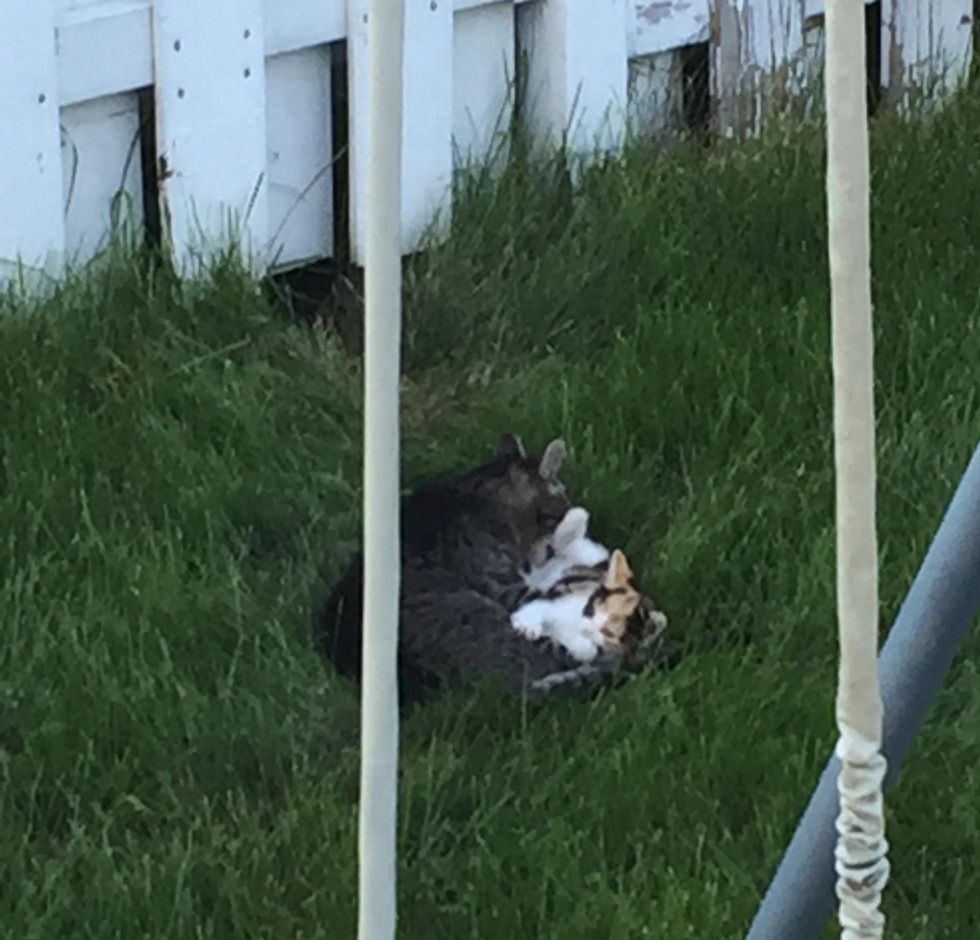 "We were giving food and water to the mother when we saw that she was pregnant. And then she was rarely seen for a few weeks," reddit user stryker81 told Love Meow.

Near the end of August, the family woke up to quite a surprise. "I saw the mother feeding the kitten in the grass. At first the kitten was really shy and nervous."

Any slight movement would startle the kitten. They stayed their distance so the mother and daughter wouldn't run away.

"It took days (if not weeks) to be able to approach her," the family told Love Meow.

"We put cat food (crushed in small pieces) in the grass near the spot where we saw them, and then slowly moved the food bowls closer to the house until we were right at our doorstep." 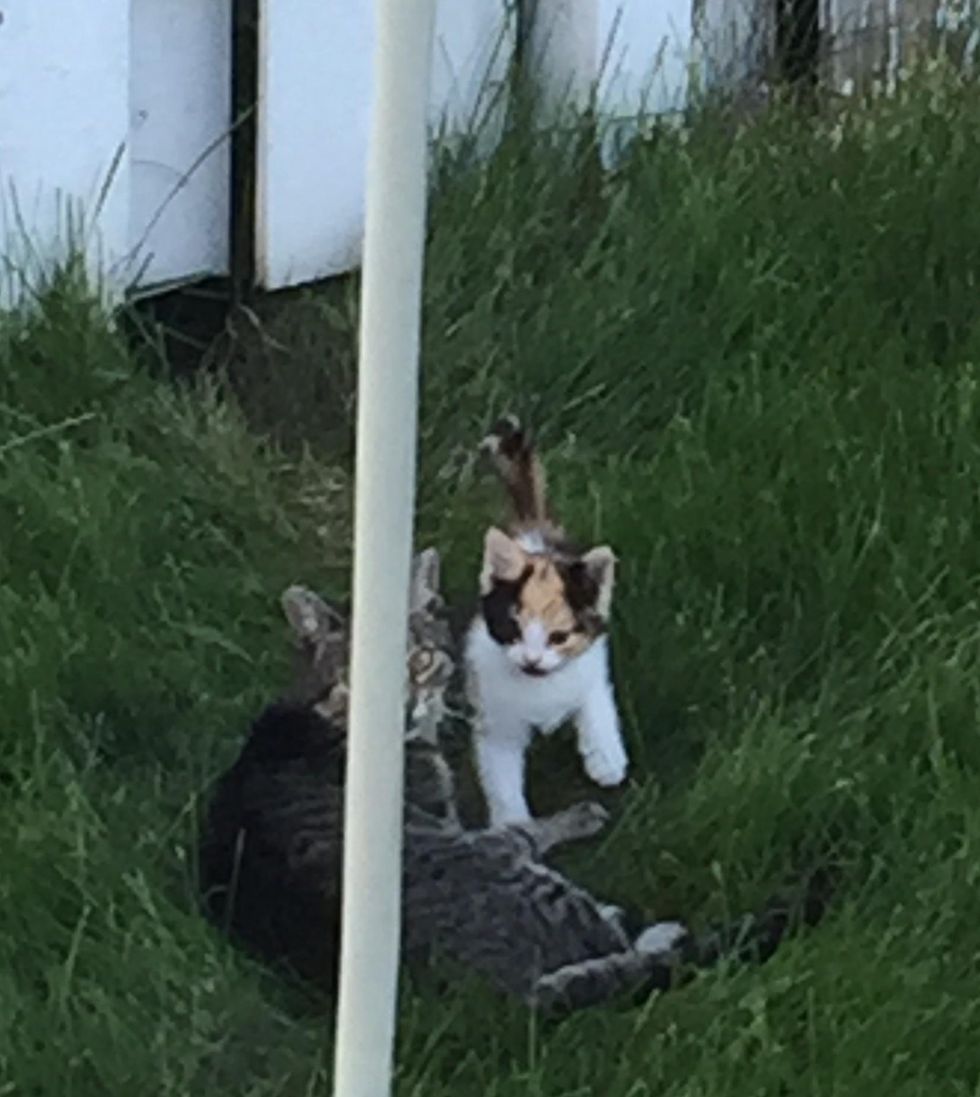 Meanwhile the family was trying to catch the mother cat so they could get her spayed, but the elusive cat mother refused to go into the trap or let anyone near her. However, the kitten was making progress.

A few more days later, the kitten allowed her human friends to pet her for the first time while she was eating. It was the moment the family had been waiting for.

"After that, she started to wait at the door every morning at the same time I woke up," stryker81 told Love Meow. 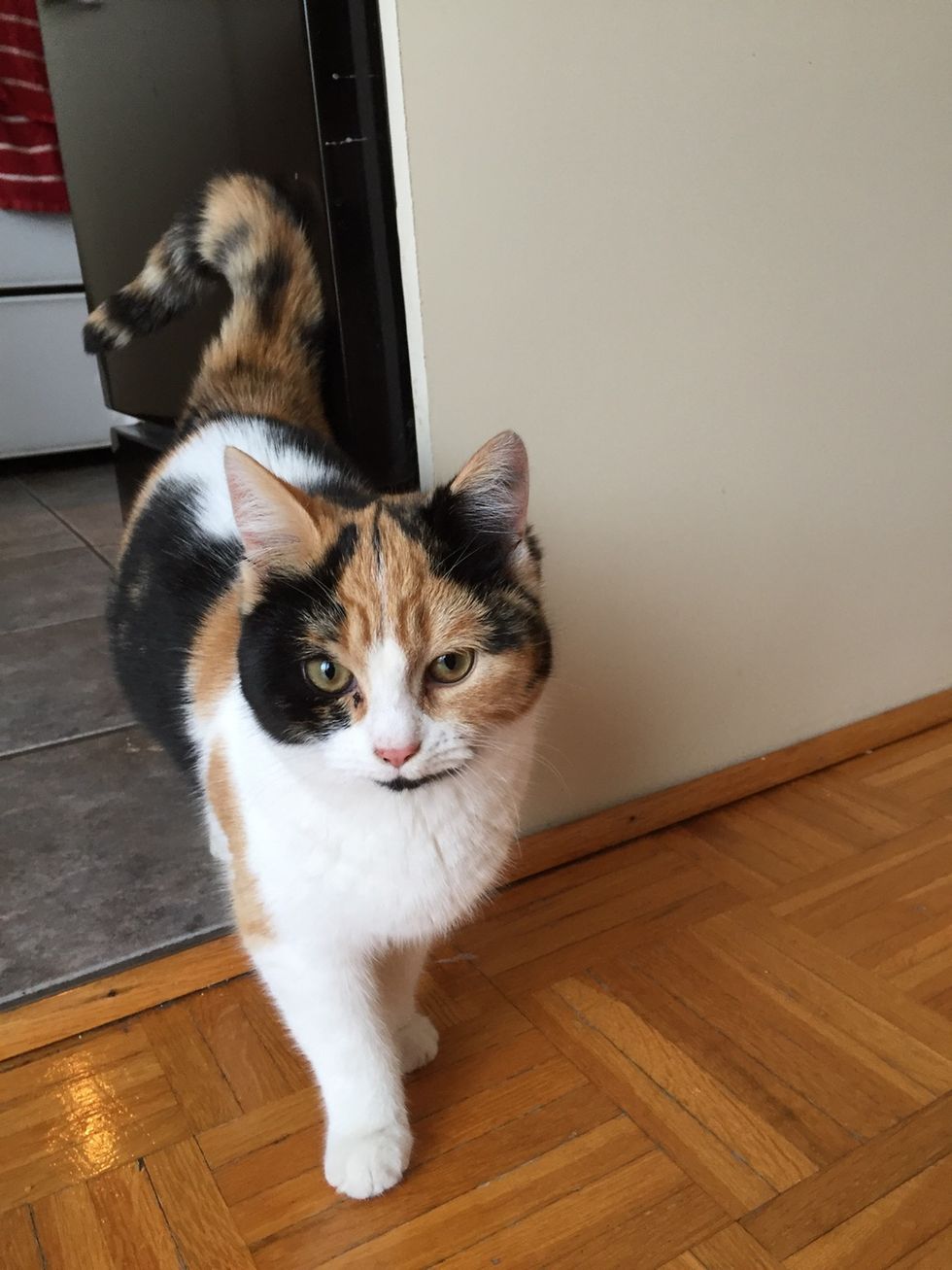 Every morning she scratched the door, signaling that she was ready for breakfast and some pets. This ritual went on for a few more weeks until the kitty decided to take a step forward.

This week when the temperature dropped the calico girl moved herself into their home as they opened the door, and never wanted to go out again.

"Now that she is in the house, we see progress every day. She's starting to trust us more and more," stryker81 told Love Meow. 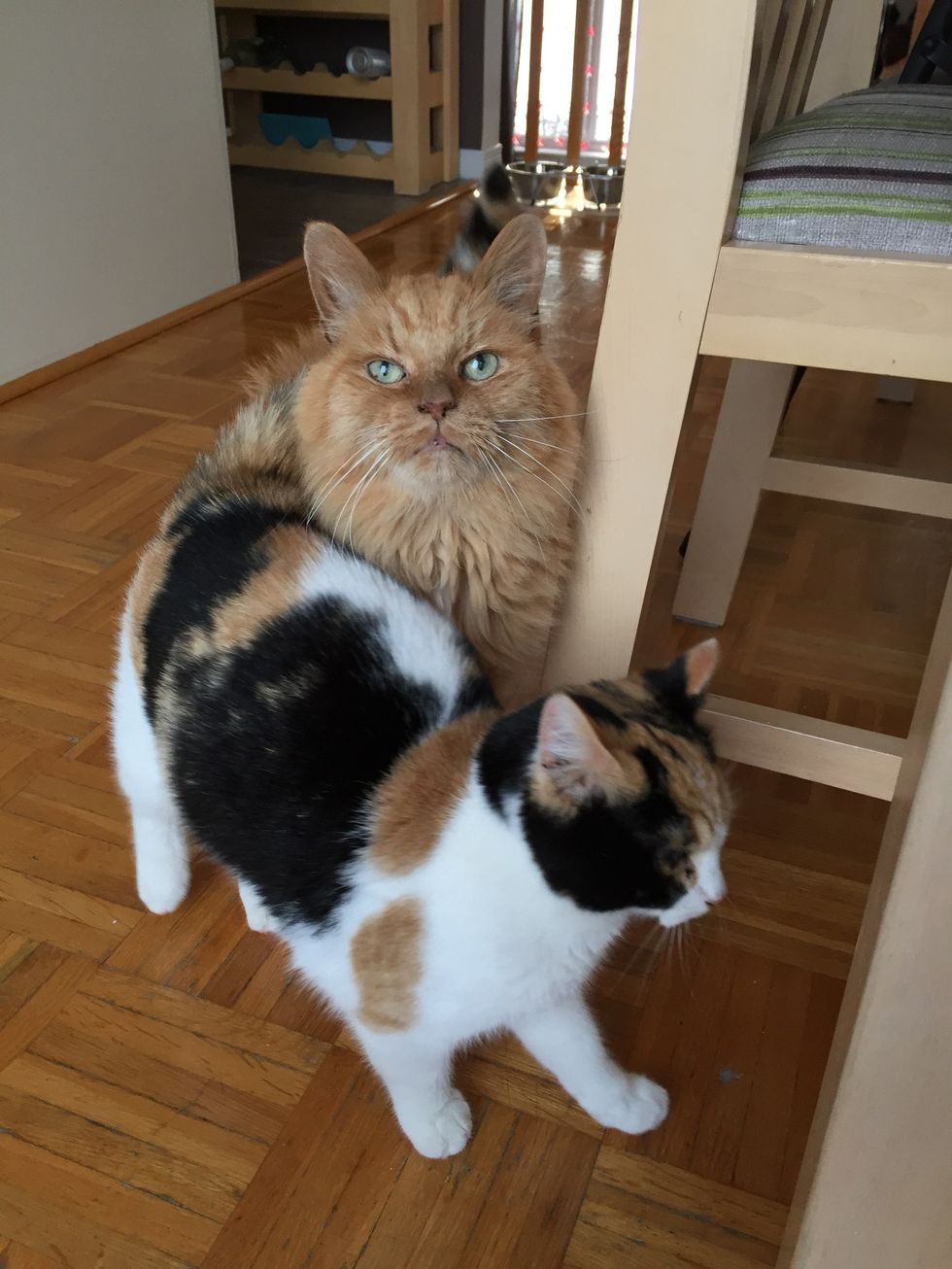 They are still deciding on a name for their newly adopted cat, but the beautiful calico has already bonded with one of the resident cats and follows him everywhere he goes.

"We are so happy to have her now. Our two year old cat was needing a friend to play." 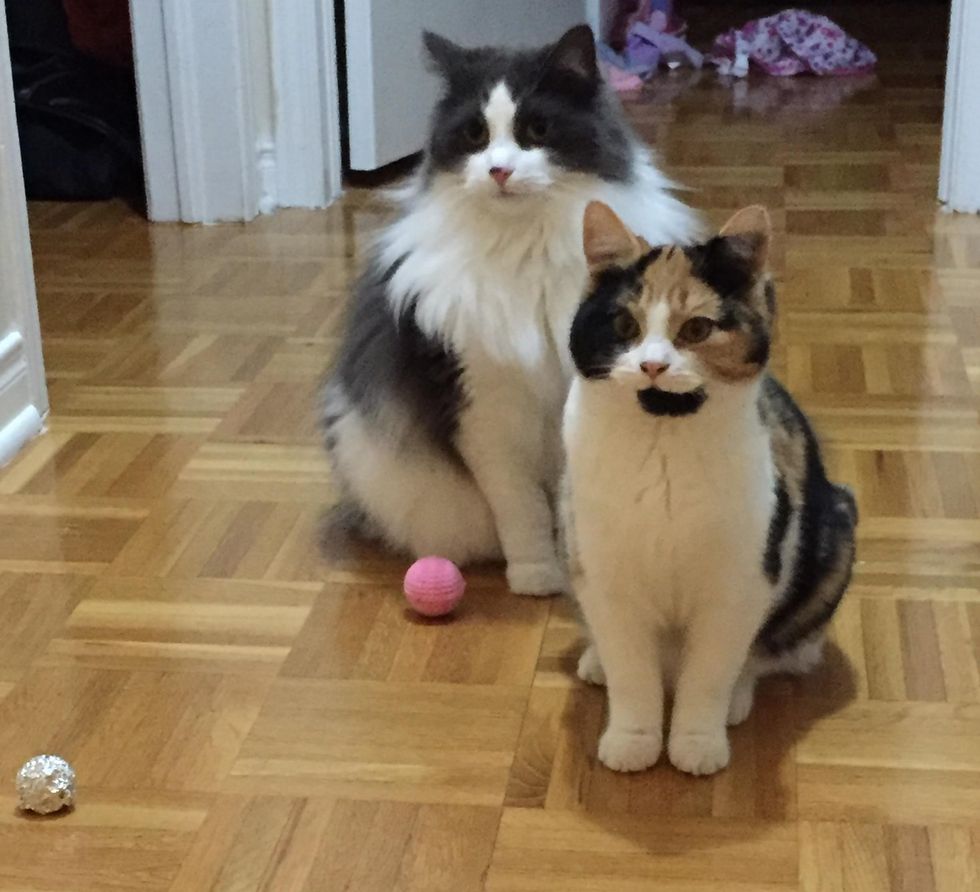