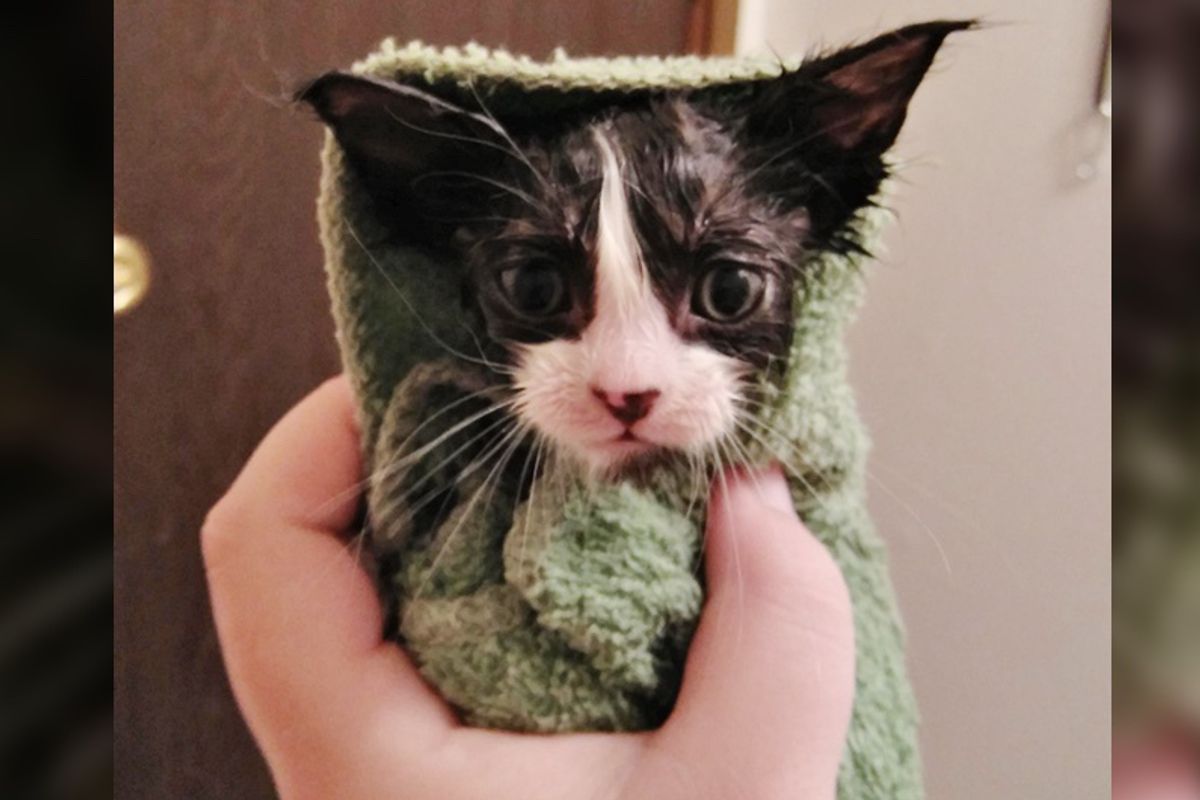 Woman Gets on Bus But Comes Out with Tiny Kitten In Her Arms, Meowing for Love...

A young woman got on a bus but came out with a kitten who needed a home. Meet Ivy Quinn!

Ivy was just a couple of months old when she found her human on public transportation. "She kind of fell in our laps and was not expected or intended," Kayla Dinger shared with Love Meow.

Kayla was on her way to get a bike tube for a flat tire. When she hopped on the bus, she noticed a friendly lady with a stroller with her kids in tow, then she heard meowing.

"She had kittens in the base storage on the stroller. They were at the stage of starting to crawl and were very adventurous trying to escape their current placement," Kayla told Love Meow.

The lady asked Kayla and another passenger if they would like to hold a kitten or perhaps give them a home as she could no longer care for them and was on her way to a rescue to get them help.

"It was a very interesting ride for sure, and toward the end I had been watching the other rider who fell in love with how fluffy and calm mannered the kitten she was holding."

"When she claimed she was not able to take her my heart bust," Kayla told Love Meow.

The other kitten needed medical attention and help from an animal rescue but the tiny tuxedo was playful, healthy, and as soon as Kayla put her in her arms, she turned into a cuddly fluff ball.

Kayla offered to adopt the sweet kitten so she could be cared for, loved and spoiled.

"We spent the day together as I used the bus system to get a repair item for my bike, probably the luckiest I've ever been getting a flat tire."

"I do understand the lady's situation and forgive her for her choice as it led me to having a dear new friend in my life."

After a bath and a big dinner, the kitten fell asleep like a purrito.

She quickly settled into her new home, running around the place like she owned it.

Ivy supurrvising her human in the kitchen.

She curled up in Kayla's lap for a nap after a day of playing.

Kayla introduced Ivy to her tortie cat, Mama, who was never a fan of other animals, but somehow Ivy was able to connect to her.

As days went by, they played together and cuddled during naps. The once "only" cat bonded with little Ivy and they are now inseparable friends.

A year later, Ivy has grown into a gorgeous tuxedo cat.

Ivy tries to fit into the makeshift carrier that Kayla used to carry her on the first day.

Kayla never expected to find a kitten on a bus, but the moment Ivy cried out to her for love, she knew she had to take her.

Look at that fluffy tail!