A tiny motherless kitten was wandering on the streets alone until she was found by a dog who stopped and alerted her human about the little feline baby. 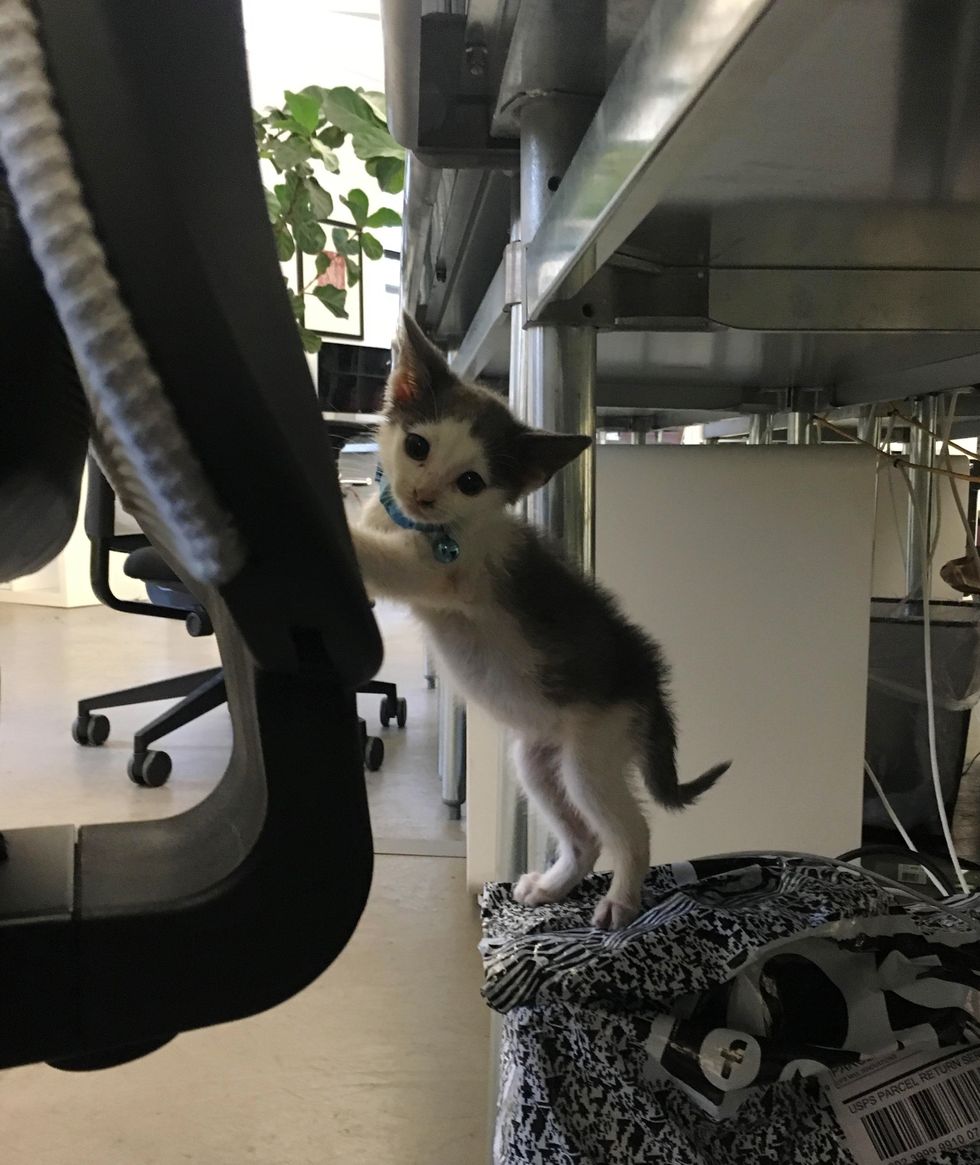 "7 months ago I was walking my dog late at night when she stopped short and started whining. I looked around and spotted the smallest kitten I've ever seen," imager user RachelQueen said.

RachelQueen is allergic to cats, but that didn't stop her from taking the kitten home. It was around midnight, so she gathered whatever she could find in the house to get the kitten fed and settled into a warm makeshift bed.

Her plan was to foster the kitten and nurse her back to health before putting her up for adoption at a local rescue.

But the kitten got a different idea… 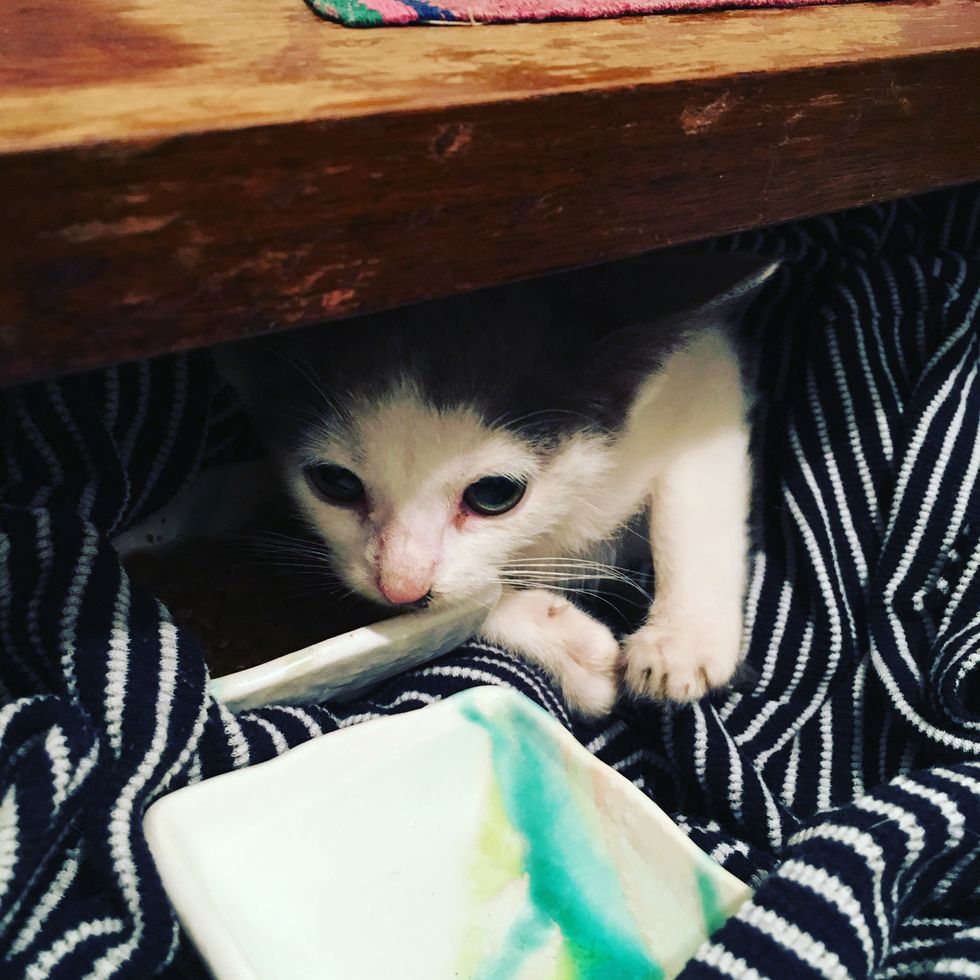 The little kitten was so tiny that her head was smaller than the tiny soy sauce dish that she was eating out of.

Lu fell asleep in her rescuer's hat after having some cat food, but the teeny fur baby was not out of the woods yet. "She wasn't able to stay awake, to eat drink or play. She wasn't cleaning herself, keeping food down, able to walk, hold her head up, nothing. Really scary." 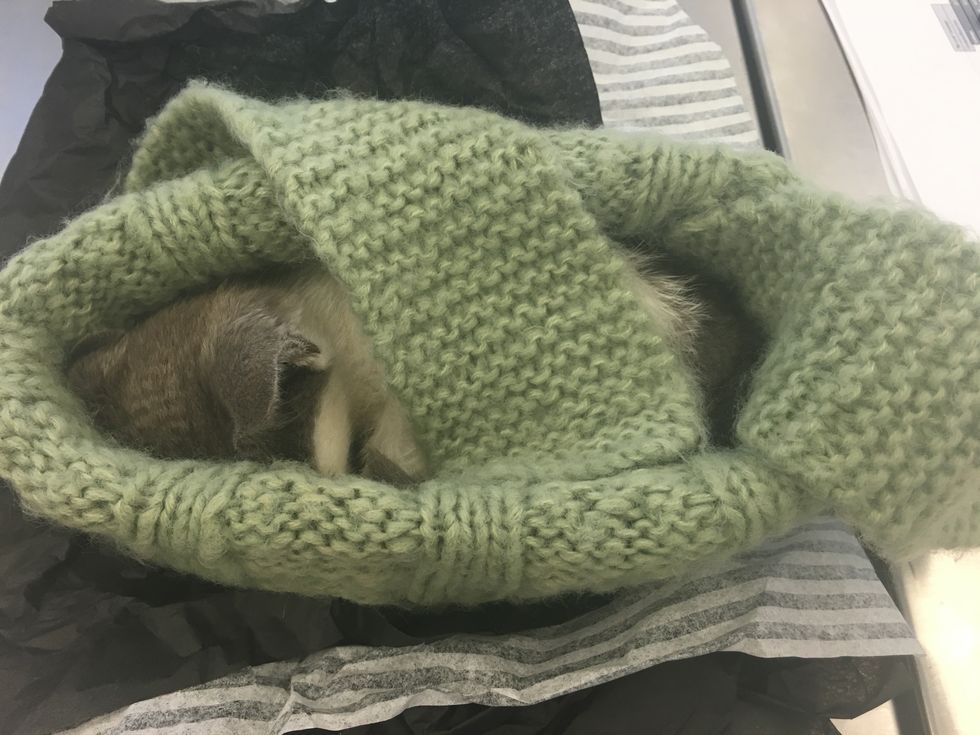 They took the kitten to the vet. At 3.5 weeks old, she was much smaller than her age. "She was diagnosed with an ulcer covering her tongue caused by malnourishment, making it too painful to eat, drink, or clean herself. Lu also had an upper respiratory infection causing her nose and eyes to crust shut, worms, earmites, and was dehydrated."

But the little girl is a fighter. Every day she got a bit stronger and meowed a little louder. "After a week of bottle feeding and antibiotics Lu was finally up for climbing, playing and had a full appetite!" 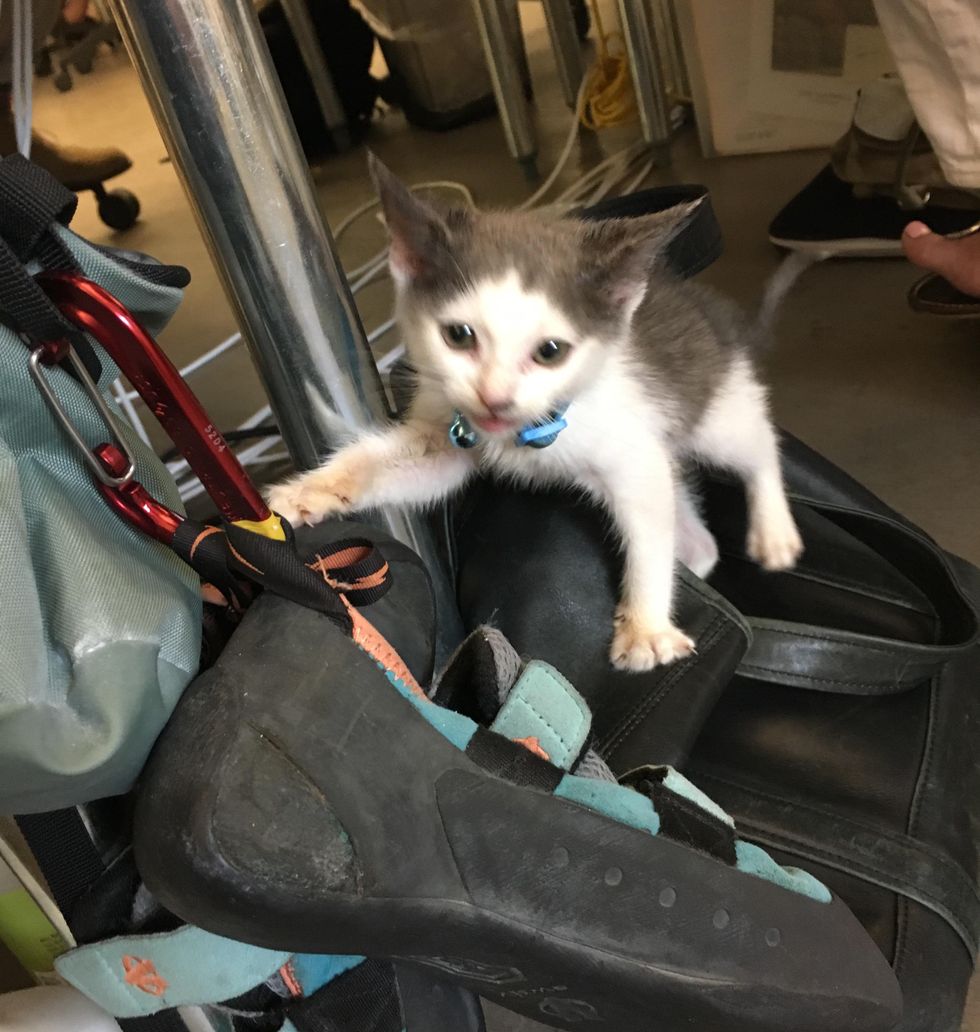 At four months old, Lu had grown and made a full recovery. Before they knew it, the affectionate little girl crept her way into her human's heart.

They thought they would put her up for adoption when time came, but the kitty never left... she had already found her forever home. 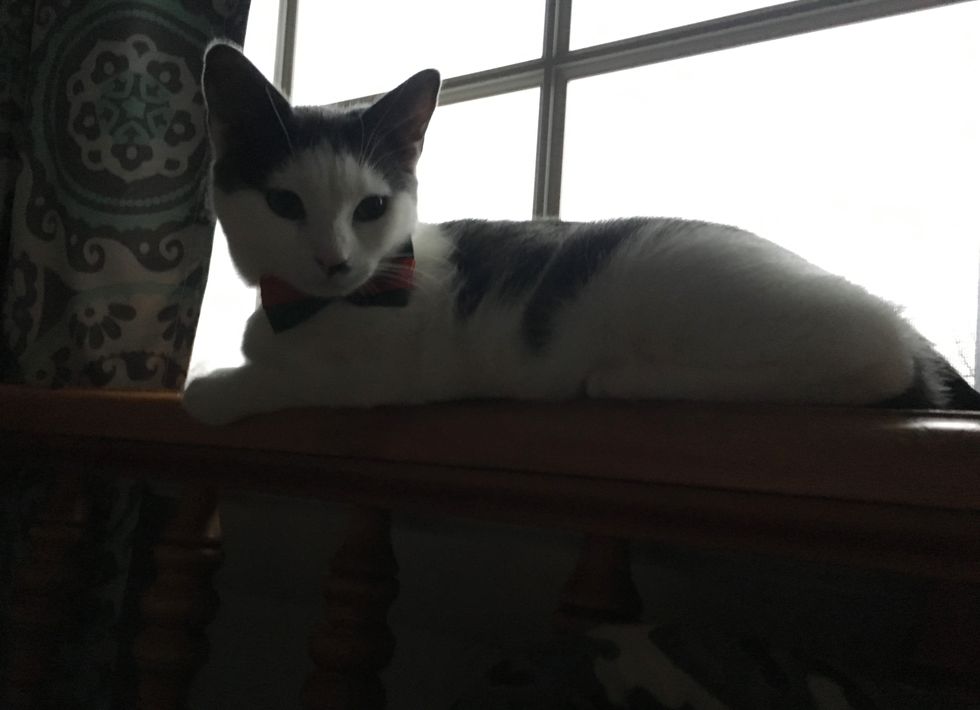 Seven months after the rescue...

"Though I'm extremely allergic (read: can't breathe around cats without an inhaler), this little girl has become my loudest, and permanent sidekick. She struts around the house like she owns the place."

RachelQueen never imagined what life would be like with cats around until she met Lu. "(I) seriously had NO idea how much personality cats have! Complete adorableness." 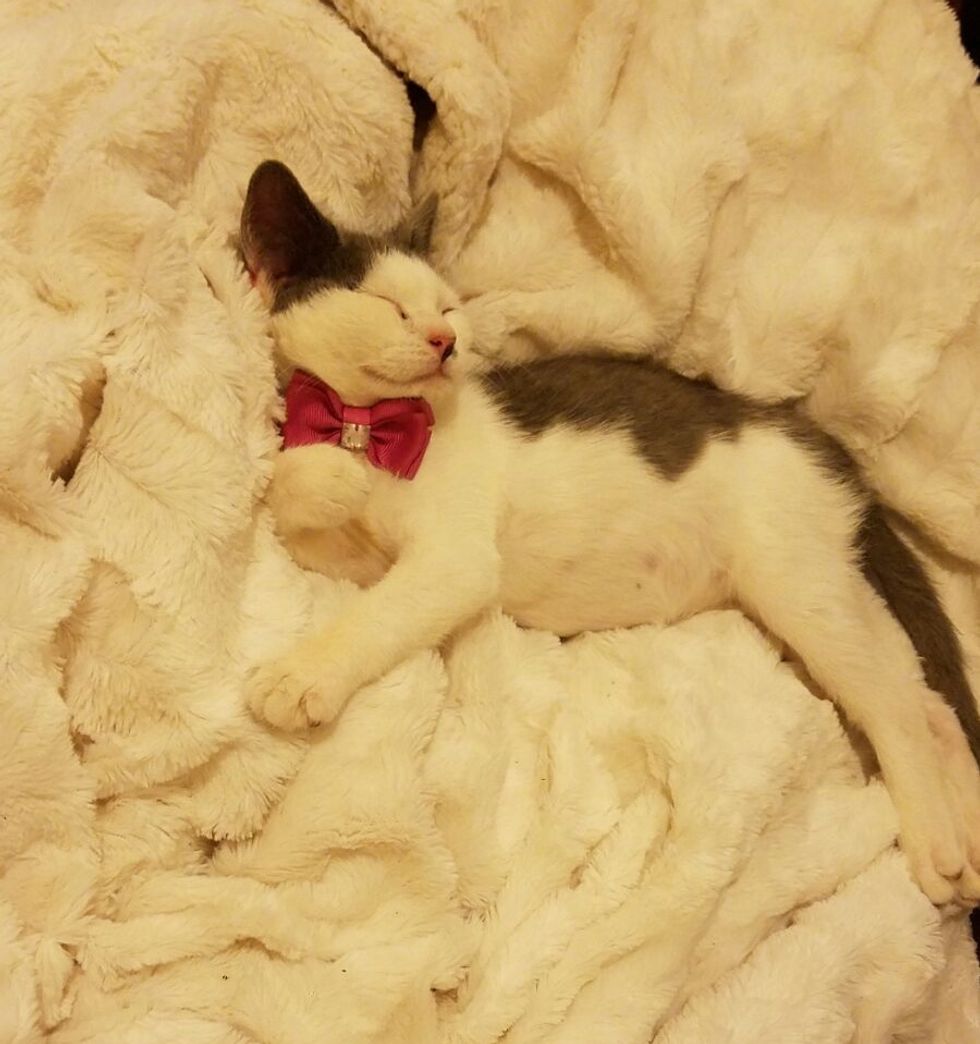