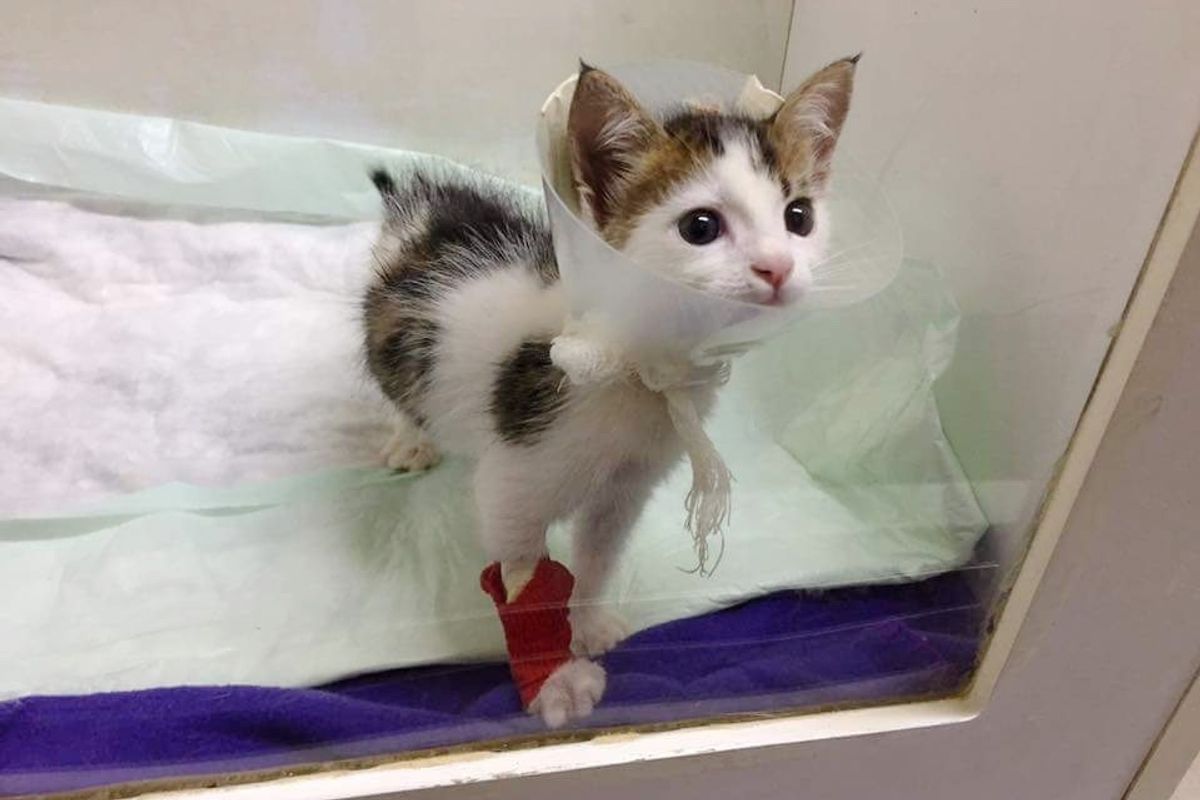 Woman Saves Orphaned Calico from Dumpster and is Surprised to Find Out What a Rare Gem He is...

A woman saved a tiny calico kitten from the dumpster, and was surprised to find out that the little orphaned baby is a rare calico boy—a real gem!

The kind woman heard tiny faint meows coming from the dumpster. As she traced the cries, she came upon the tiniest kitten she had seen, whose eyes were still closed.

The kitten was crying for his mom who was nowhere in sight. He was barely one week old and had a bad paw and a broken leg. She took the baby home and started nursing him around the clock. Soon the little fighter bounced back and started putting on weight and gaining strength like a warrior.

The bad paw eventually fell off before the kitten even opened his eyes. Though he lost a paw, he gained a full life.

As the kitten grew bigger, they were soon to find out that the little calico is in fact a boy.

For every 3,000 calico cats, roughly one is a boy. That's approximately .03 percent.

"The vet said it's really rare for calicos to be male. What a special boy indeed," the family said via imgur.

Martyr was born sterile due to being a calico, but that doesn't affect his quality of life.

"He's a normal happy kitty, healthy as a horse," they said.

They fixed his broken leg. The little buddy was on the mend.

The kind woman has rescued many strays and found them homes, but this little one crept his way into her heart.

She simply couldn't part with him.

It's been almost four months since he was found in the dumpster. He's very loved and treasured by his forever family.

Martyr likes to perch on his human's shoulder and clings to her at all times. "He's growing up super fast! So loving and cuddly too."

Share this story with your friends. (More info: imgur/Vodkaholy)