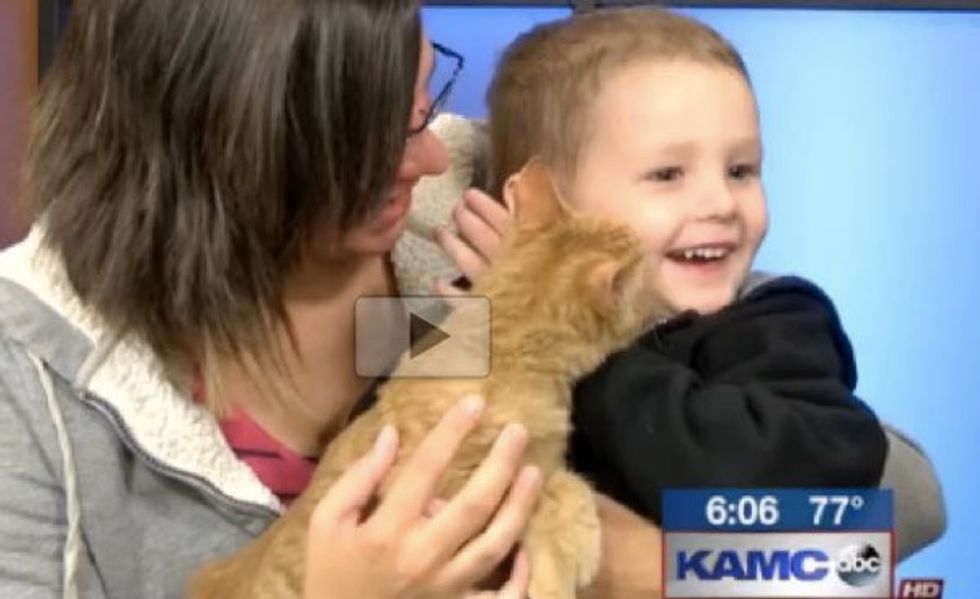 A 3 year old boy, Audilas Burton, saved a tiny stray kitten born without eyes from a park. Immediately, the little boy and his new friend, they named Murdoch, became inseparable.

"We were walking to the park and he was in the road," Audilas said to KAMC.

"The cat took off towards him as he was running towards me," Crystal Burton said. "And he looked at me and said, 'Mom I just want to keep the cat'."

"When you first look at him he looks like he has no eyeballs at all, almost like there are just kind of empty sockets there," Dr. Taylor said. "This would be called phthisis bulbi, which means small or tiny eyeball, and it is a non-functioning eyeball way down deep in that socket, which essentially leaves him with no eyes."

"He is a very unique kitty," Jessi Holeman with the Lazarus Foundation said. "He is very friendly, happy and playful. We think he is going to have a really great life."

This is Murdoch the cat born without eyes. A 3 year old boy found him in a park.

Immediately they became inseparable. "Mom I just want to keep the cat," he said.

Murdock giving his little rescuer a kiss on the cheek.