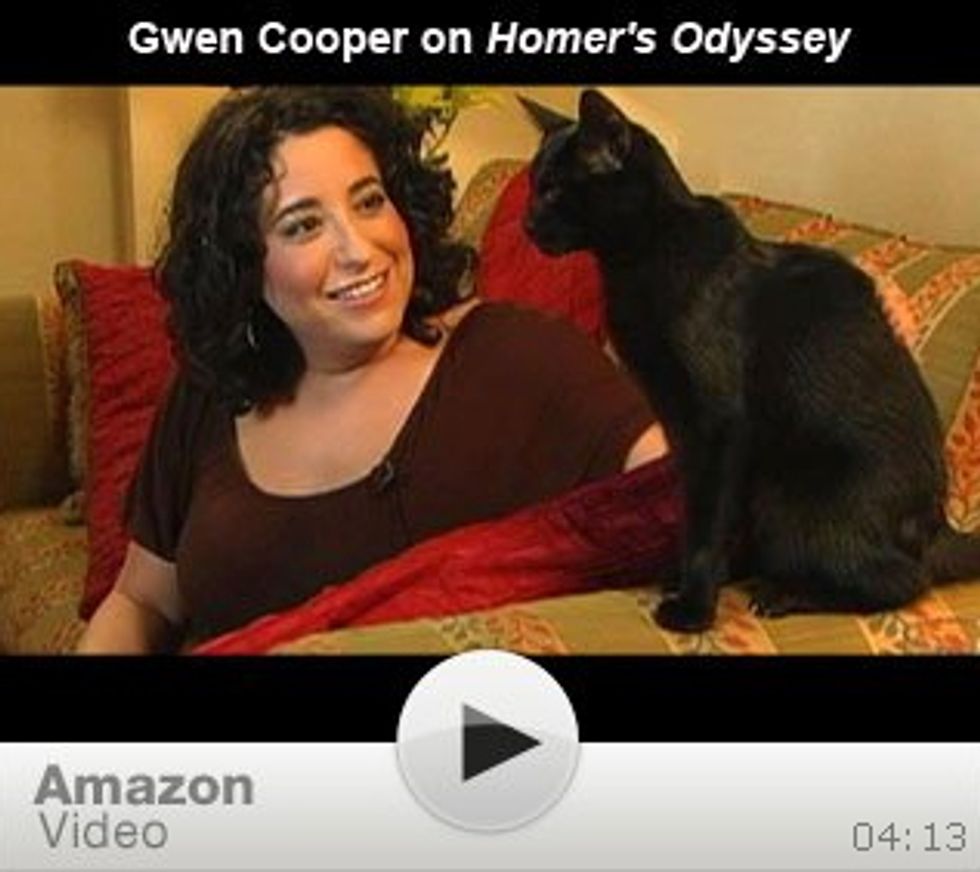 A Blind Cat, Homer and His Odyssey

Homer a special blind cat who is called by his owner, Gwen Cooper, a cat with superpowers, once chased away an intruder who broke into Cooper's bedroom with a vision that is simply beyond us.

12 years ago, at the tender age of 2 weeks, Homer was rescued and brought into a veterinary clinic, but only to find out that his eyes were severely infected and had to be removed in order to save the little one's life. The veterinarian sealed his eyelids which drew an end to Homer's sight.

The first time when Cooper met Homer, she fell in love right away. The feisty little critter became so friendly

and affectionate to Cooper when she picked him up. Cooper was amazed by Homer's tenacity to live as a fighter and his positive

outlook in life after just going through treacherous pain and sickness. Homer showed Gwen nothing but sweetness and love. His courage deeply touched Cooper and she had no hesitation to home him and accept him as her very best friend.

Homer has never had the privilege to see due to the early surgical operation, but Homer does not feel any different. In fact he knows his way around the house and even can catch a flying fly just like any other cats. He is an adventurer and explorer at heart.

Gwen Cooper has been inspired by her black blind cat and put together a book called "Homer's Odyssey" to honor her most lovable and special feline companion.