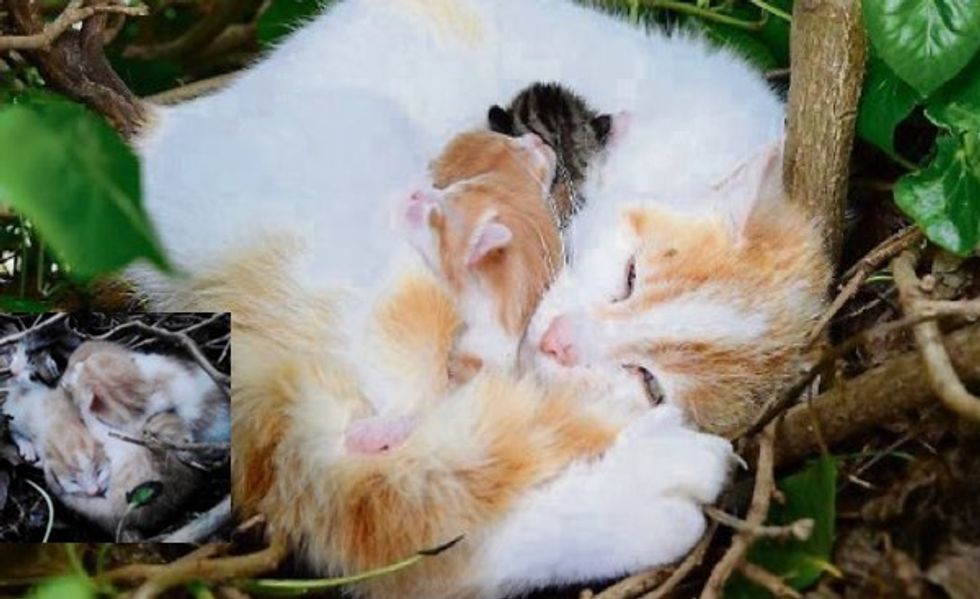 Seeing birds' nests isn't a surprise to Henry and Fiona McGauley, an Irish couple, who have lots of bird feeders in their back garden. But this time, they didn't find birds in a nest they discovered. What they found was quite surprising.

Henry heard "squawking and went to have a look and instead of finding little birds, he found four kittens."

Three of them are ginger and white and one is a tabby cat. The mama cat is a stray that Fiona has fed and cared for.

"The nest is some distance off the ground and one of the kittens fell out of it a short time ago. I was able to get it easily and put it back but we will have to put them somewhere safer," Fiona said via Irish Examiner.

"I am sure they are only a few days old because the mother cat was definitely still pregnant last week.

I couldn't believe it when Henry rang me to say 'guess what I found in the trees.' It was a bit of a shock but a nice one," she added.

They believe the nest was left empty by a couple of pigeons that flew away a few days ago. Now it's filled with tiny purry fur balls.

The couple will be moving the furry family to a safer place close to the ground. "I always thought the cat was a bit bird-brained but I never expected her to move into a nest," Henry said.