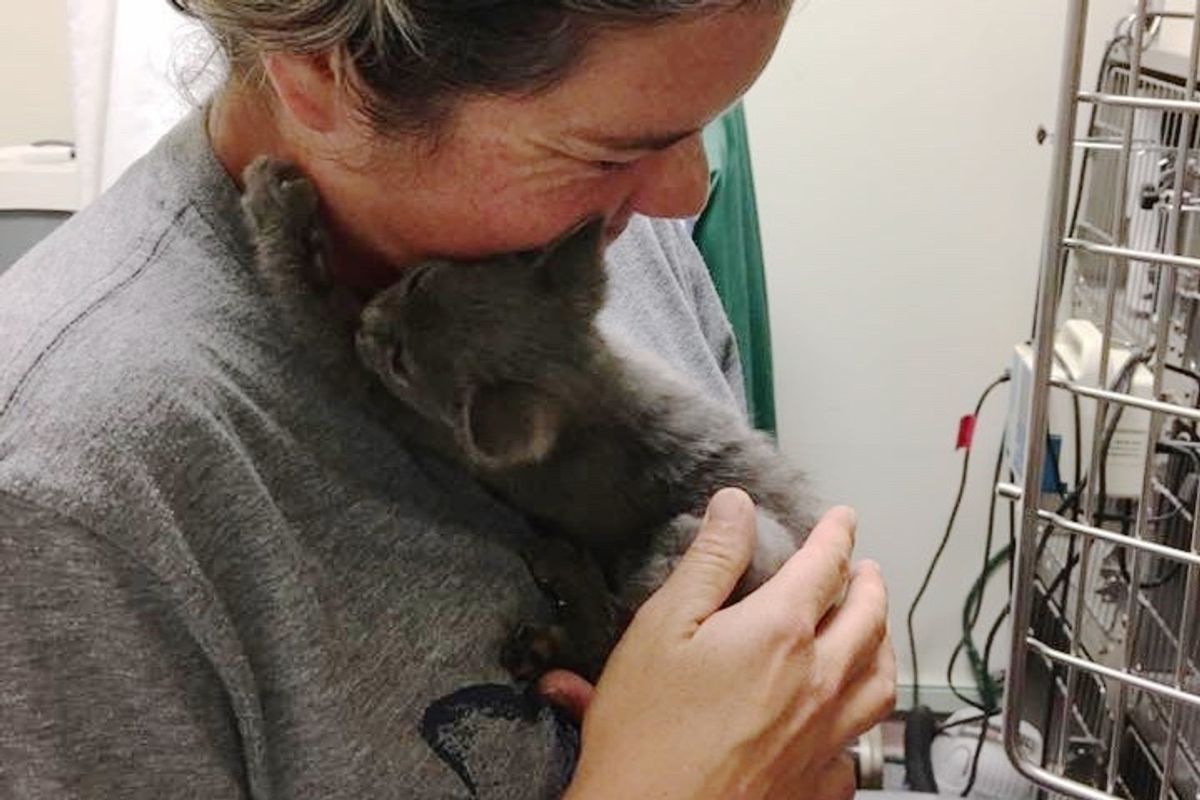 A family saw an abandoned kitten in the middle of a busy interstate, and they stopped and put themselves in danger to rescue her. 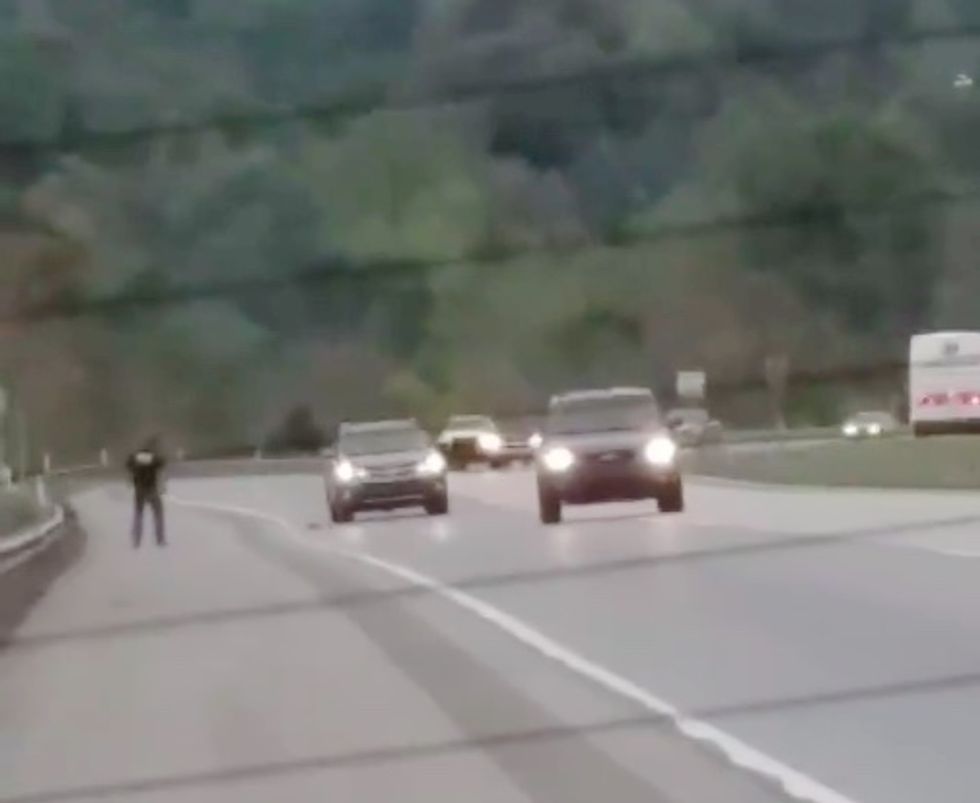 "This little girl was thrown from a moving vehicle on I64," Itty Bitty Kitty Committee said.

A family saw it happen. They stopped their car, and the husband got out to rescue this little angel from the busy traffic.

"They scooped her up and took her straight to the amazing team at Kanawha Valley Animal Emergency Services. This little girl is a fighter."

Itty Bitty Kitty Committee, a rescue group in Charleston, West Virginia, took in the little kitten and named her Hallie Greer as she was saved near the Hal Greer exit in Huntington. 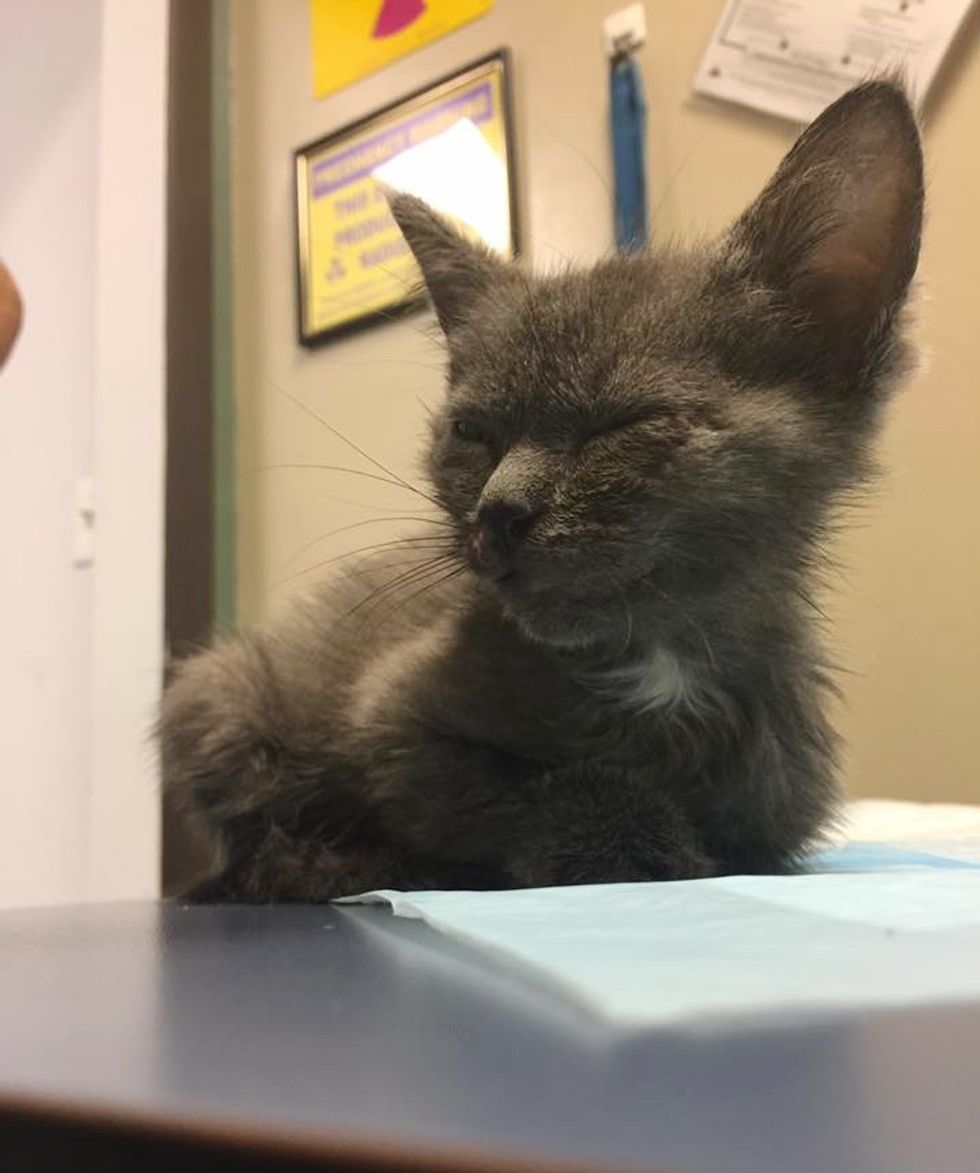 Little Hallie is so grateful to be safe and taken care of that she gives her rescuers all the hugs in the world!

She purrs up a storm as if she's trying to say "Thank you!" 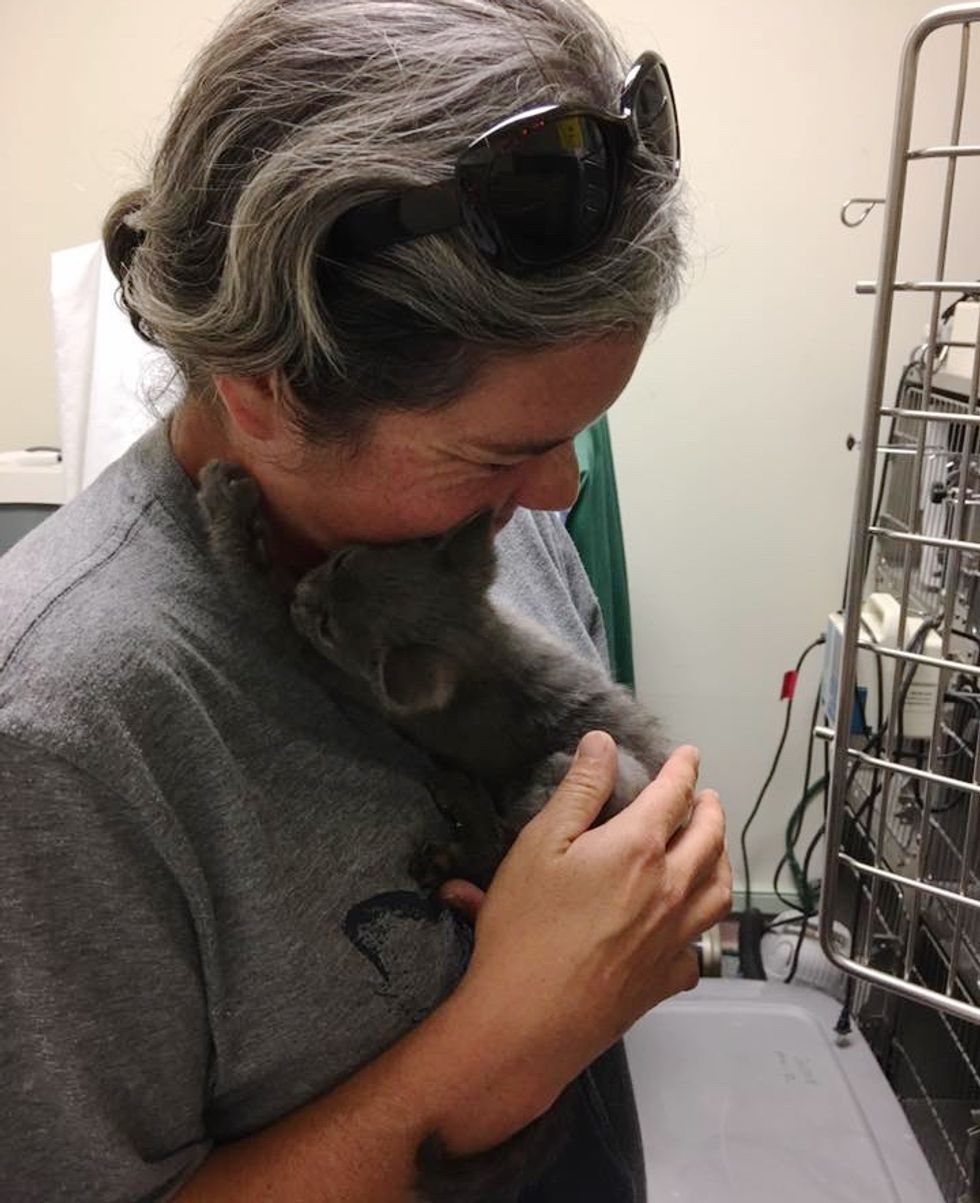 A week after the rescue, look at her!

Hallie is a kitty with quite a cattitutde. 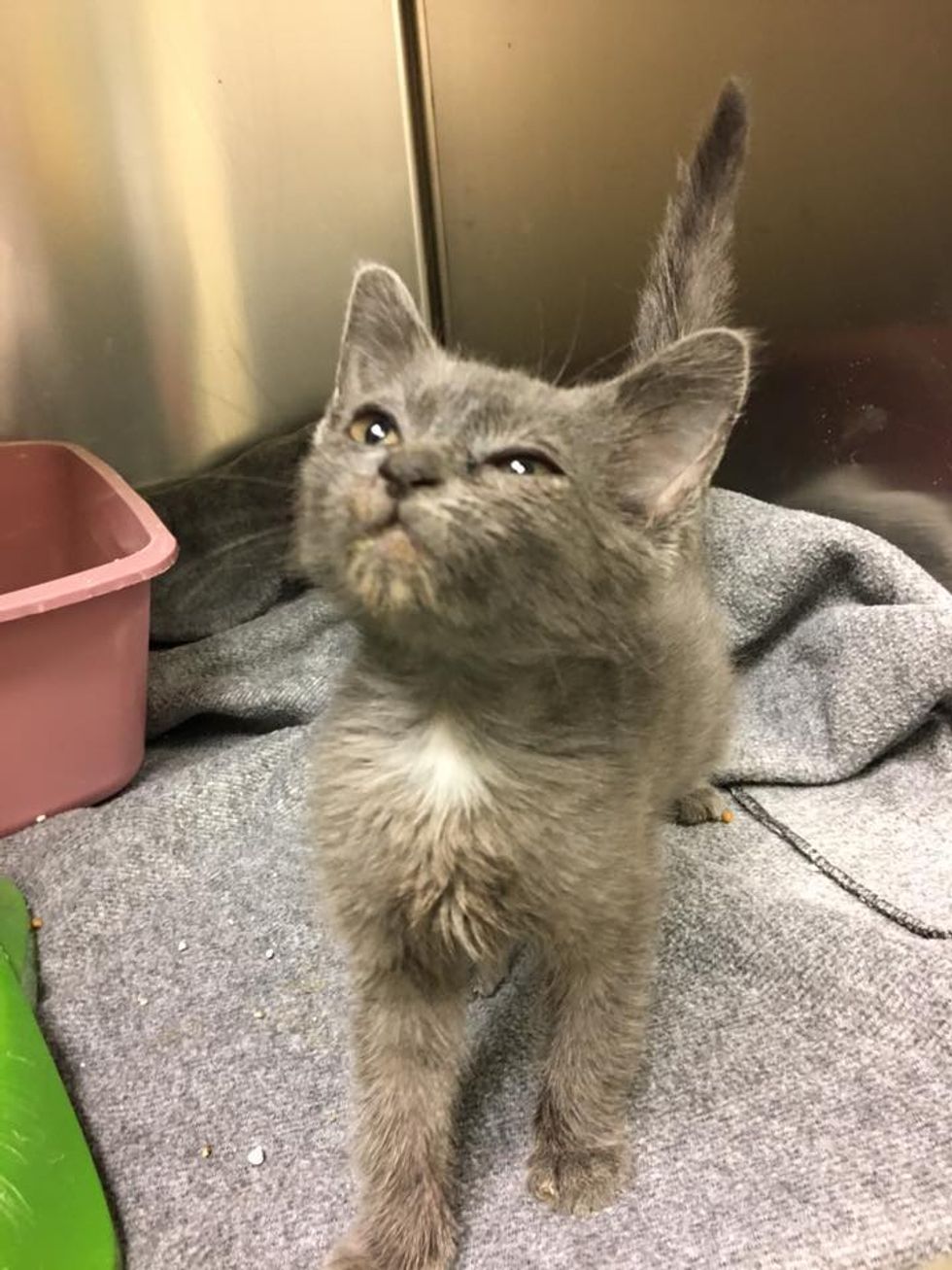 She recovered very well and became quite a chatterbox.

Every time the vet or rescuers came visit, she greeted them and told them how she was feeling. 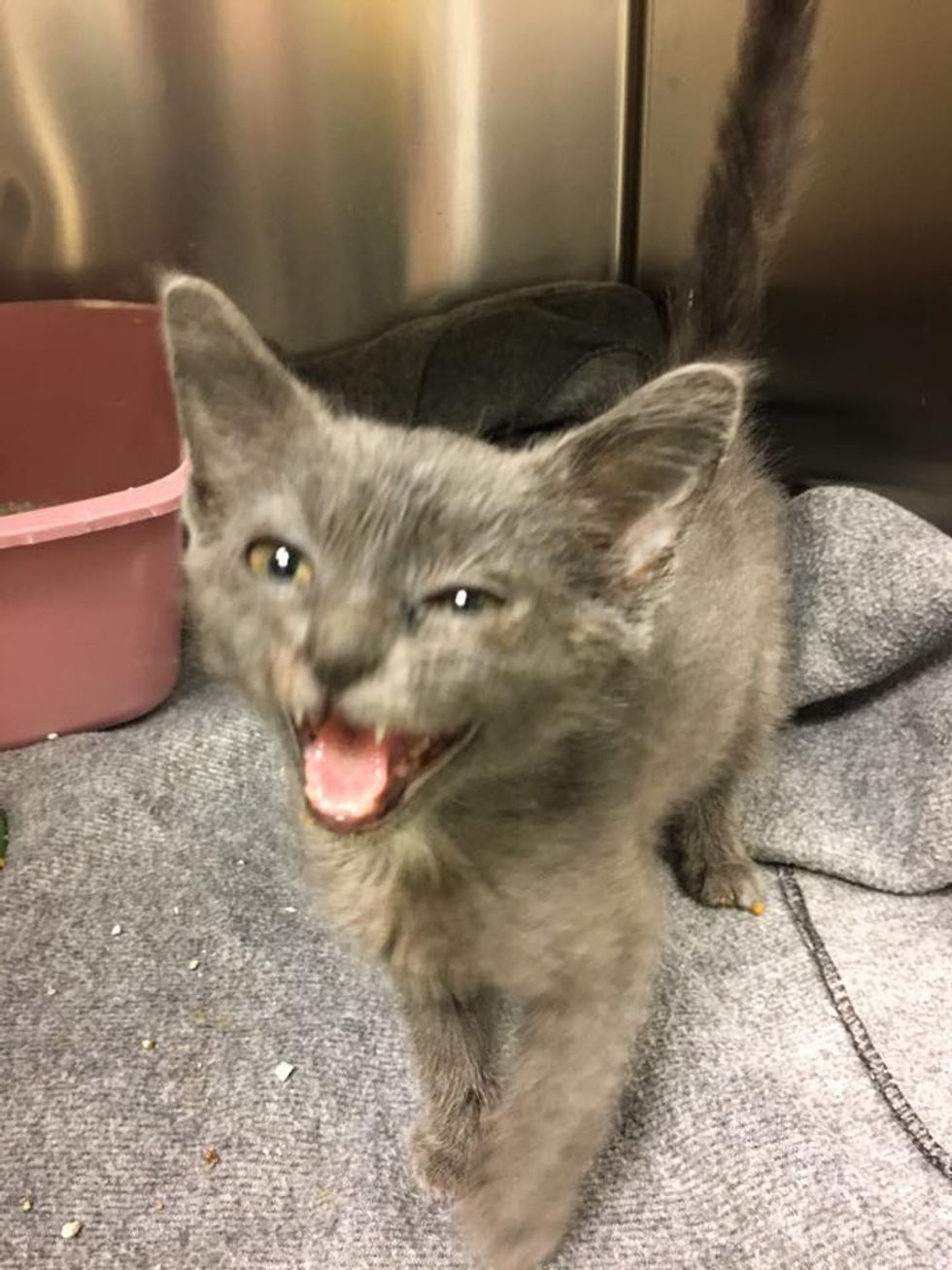 "Yesterday she went to her foster home and even received a pink collar with a little pink bell.

"You can tell from the photos that this little kitten, who we were told was possibly not even going to make it to the Emergency Vet, is very much alive and doing well." 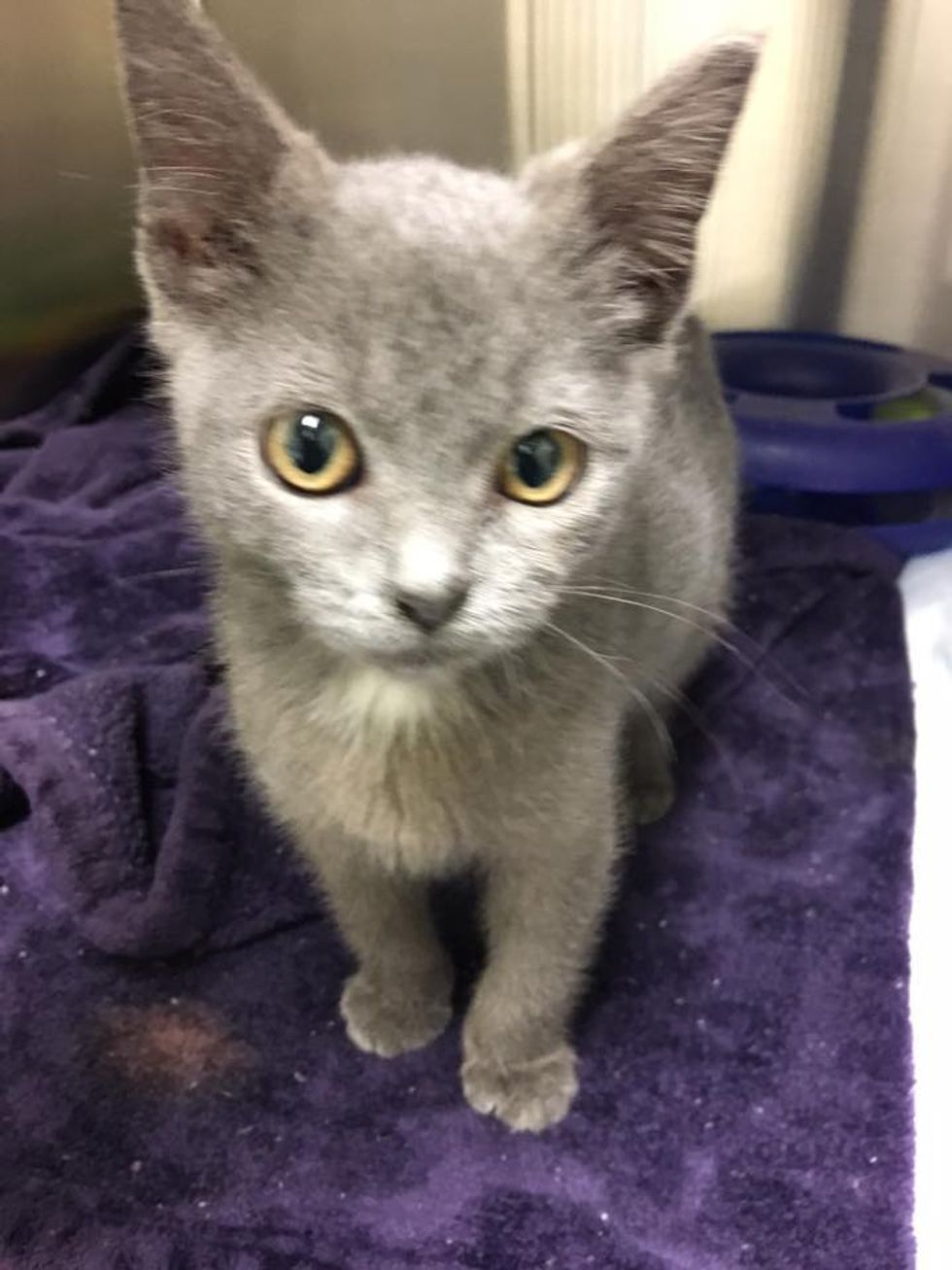 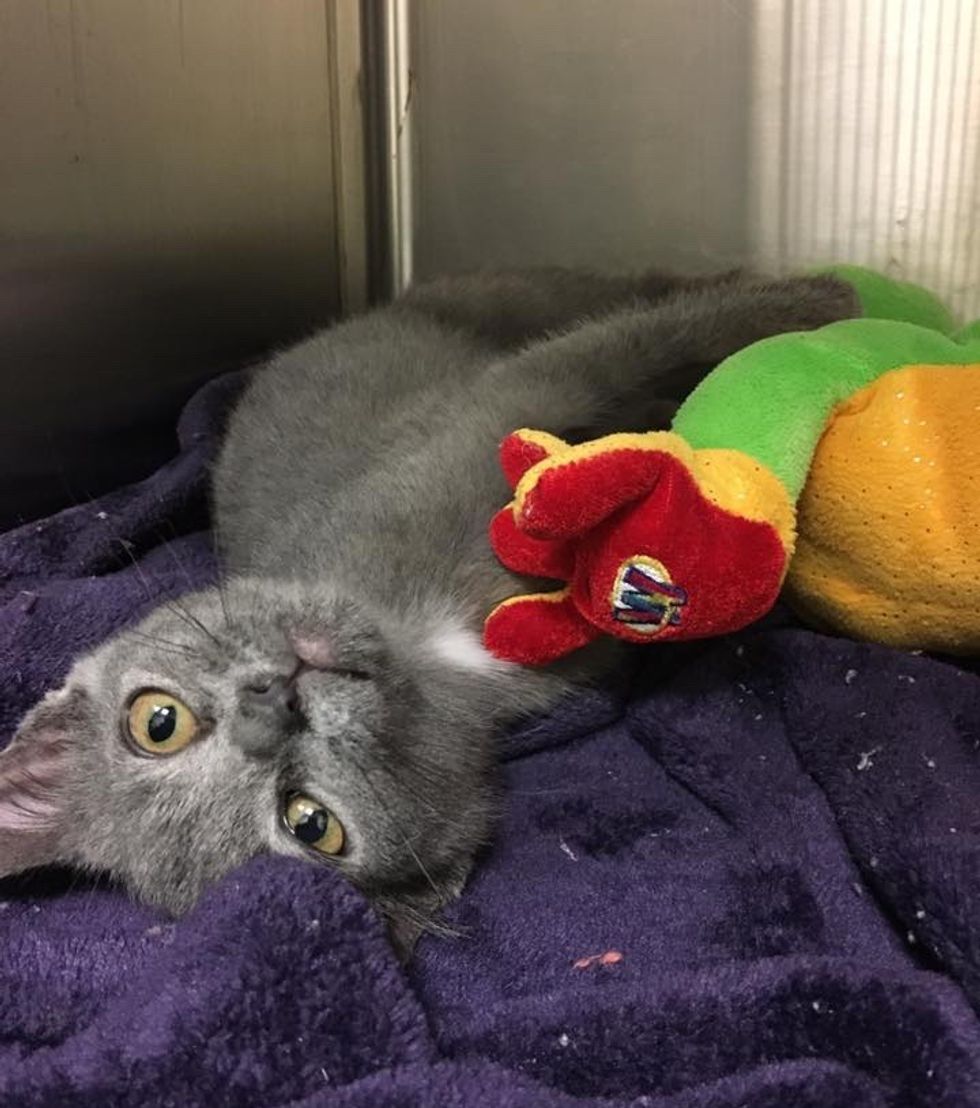