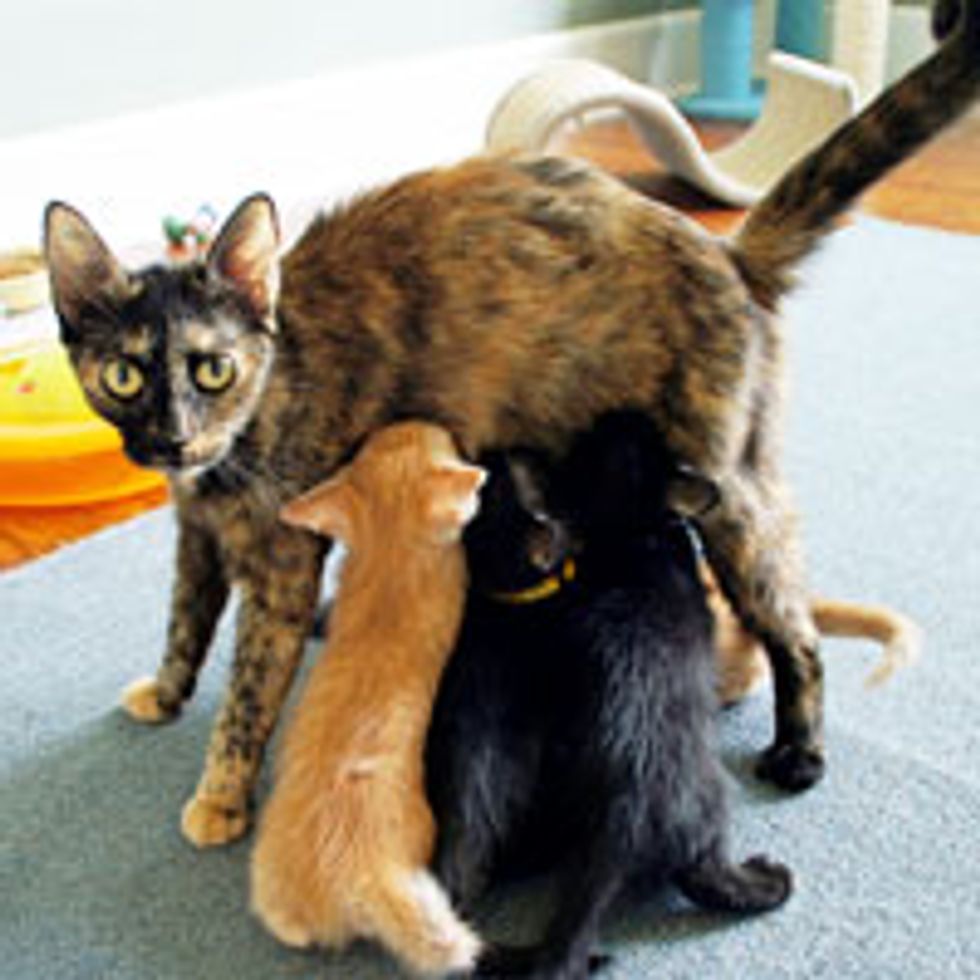 This tortie Momcat is an inspiration to all mothers. She protected her kitties from all adversities when they were abandoned. After being rescued by the Challenger’s House in Alabama, she continues her role as the sweetest mother she can be. Her kittens are clingy little bunch who cry for her attention whenever she's around, but the Momcat... she is nothing but love.

Robyn, their foster mom said via her blog: "The story with the new Momcat and her kittens is that they were dumped off at a local area business. At least they were in a carrier, right? EXCEPT that after the (insert descriptive word of your choice) dumped them at the local area business, they opened the carrier. It could have been a very bad scene, except that Momcat is a good mother, and she stayed with her babies so that no one went wandering off."

The cat mama has given her little ones everything she's got. "Momcat is absolutely skin and bones, and I’m giving her extra snacks several times a day. So that she can actually get some food into her, I’m feeding her up off the floor because otherwise the kittens would be all over that food," Robyn added.

The kittens follow their cat mom like a plague. "They scream at me until I sit down, and then they climb all over me, digging their sharp little claws into me. Then they catch sight of their momma and they think 'I haven't eaten in at LEAST thirty seconds! Momma! Momma! I AM STARVING!' and they gang up on her and take her down in mere seconds. She totally puts up with it, and did I mention what an angel she is? She totally is," Robyn wrote.

Momcat being followed by her own crowd of stalkers

If she stops for a moment, the little monsters latch right on.