Bonded Cats Found In Freezing Temperatures, a Couple Saves Them Just In Time.

A couple went on a mission to rescue two abandoned cats that had been found wandering around the neighborhood in freezing temperatures.

This is Clarence the cat, and his best friend is Midnight. 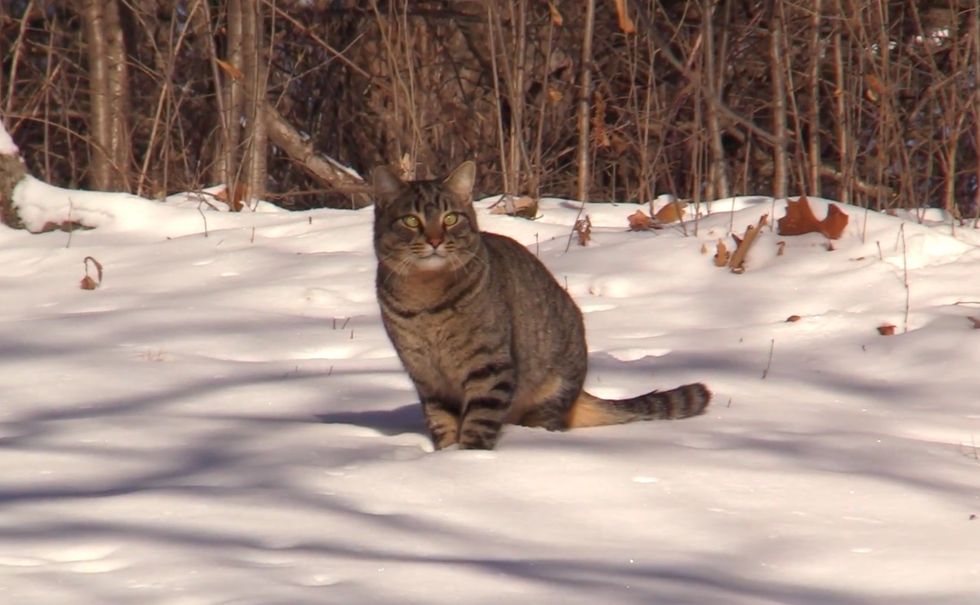 Chris (Cat Man Chris) and Jessica were contacted by a local Illinois resident about two bonded cats that were most likely abandoned by their family. The kitties were living outside, braving the bitter cold. She had been feeding them but needed help catching the cats.

"The two stray cats were living at a trailer park in absolutely horrible, freezing weather. They had been seeking shelter underneath a vacant trailer," Chris shared with Love Meow.

The couple set out a few traps outside the trailer with heated beds nearby as the temperatures continued to drop. "We knew that we had to work fast to save the cats." 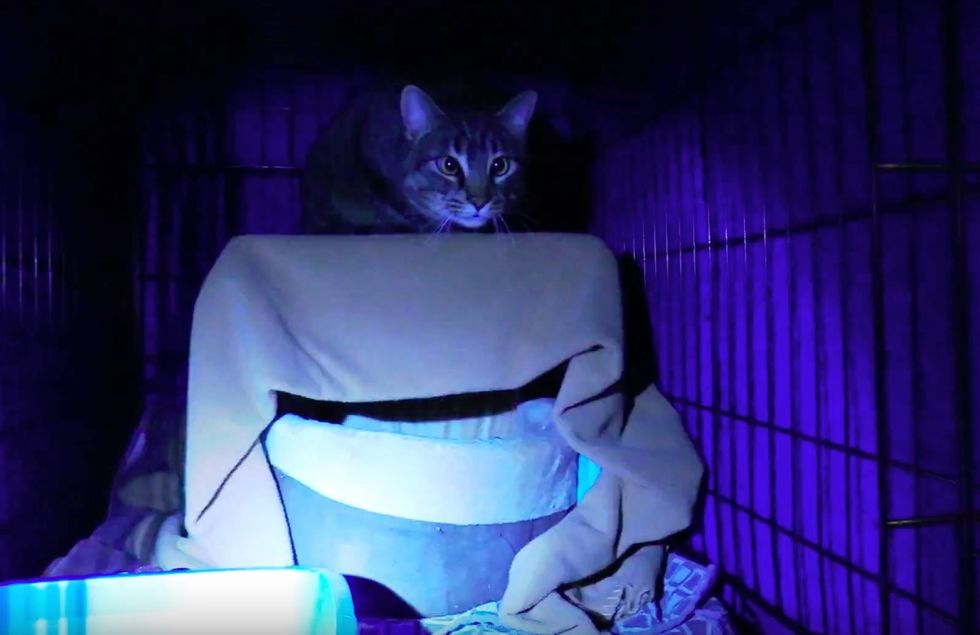 On New Year's Day, the lady who found the cats, called the couple early in the morning at 6:15AM that she had got Clarence safely in a trap. A warm nesting area had already been prepared for the new feline resident at their home.

Clarence was very afraid when he arrived, but after settling down, feeling the warmth from his very own heated bed, he began to warm up to his human friends. 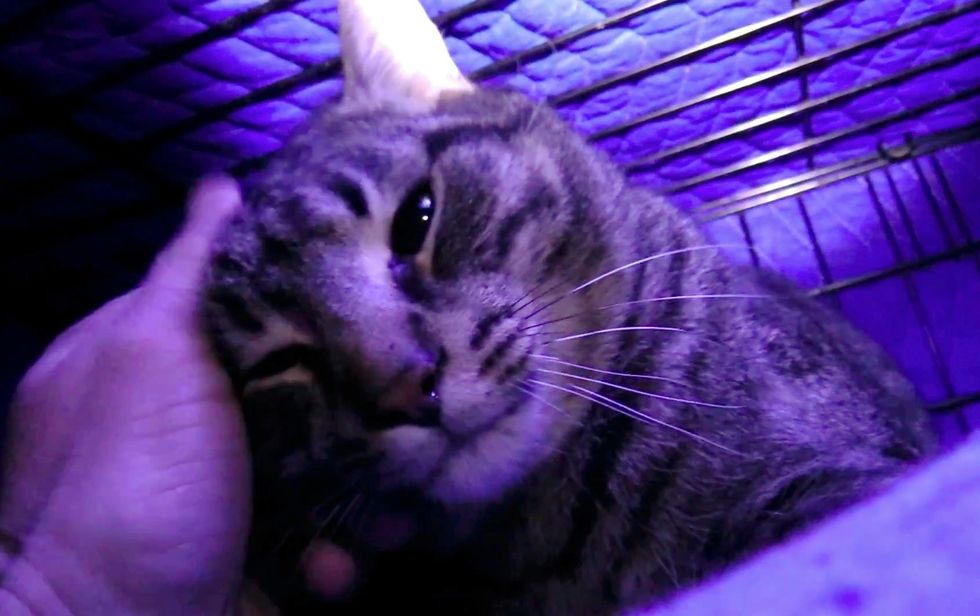 Within a short period of time, he went from being very scared to friendly and even let his rescuers pet him. 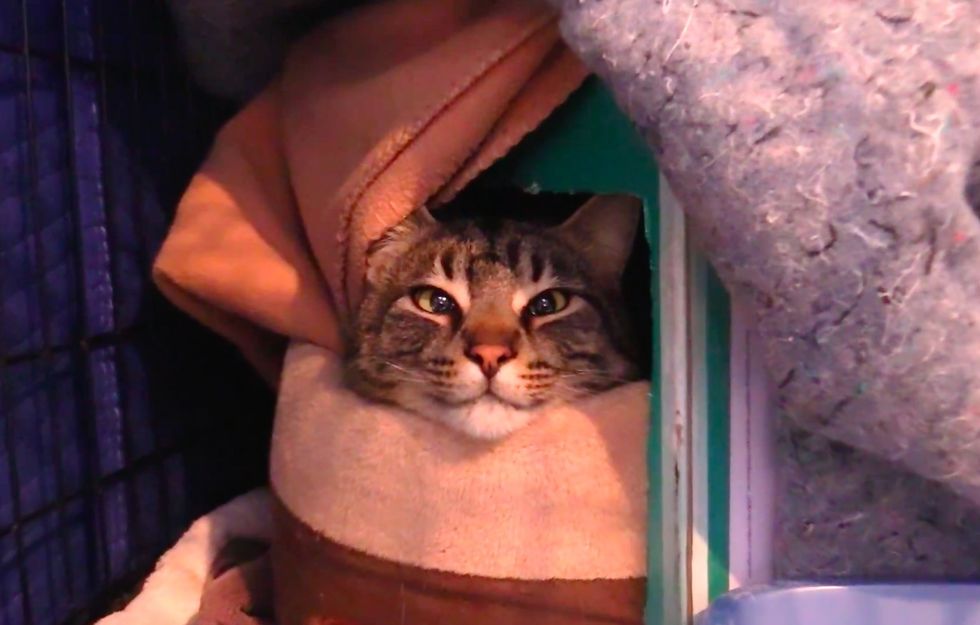 Later that day, they caught Midnight right before the weather became frigid cold. The sweet kitty was reunited with her best friend.

Midnight was very shy but as soon as she saw Clarence, she calmed down and started to enjoy a good scratch around her ears. 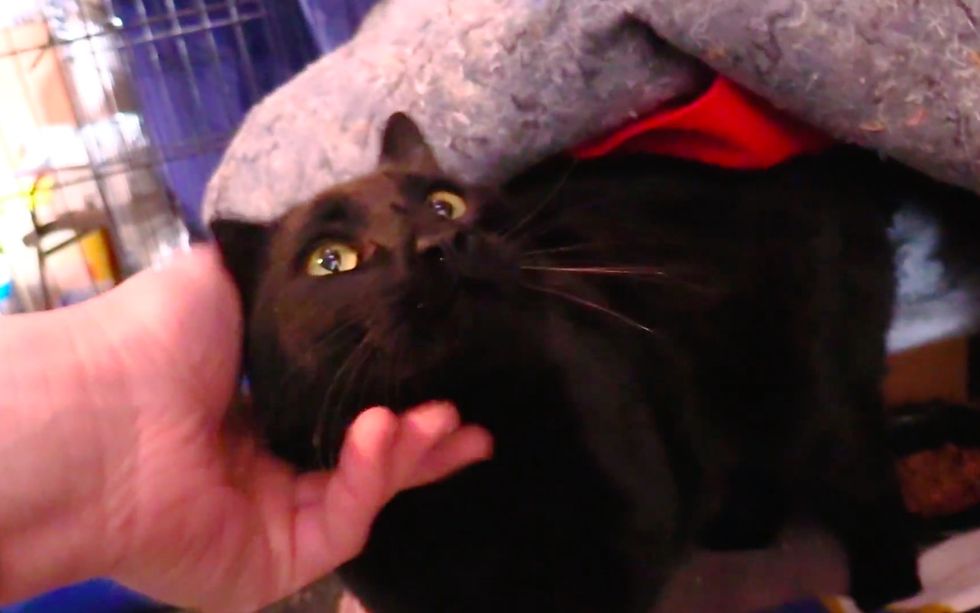 After a trip to the vet, they were determined to be around three years old, both spayed/neutered.

They were transported to Lady Moxie's in Woodstock, Illinois so they could get a chance at a better life. 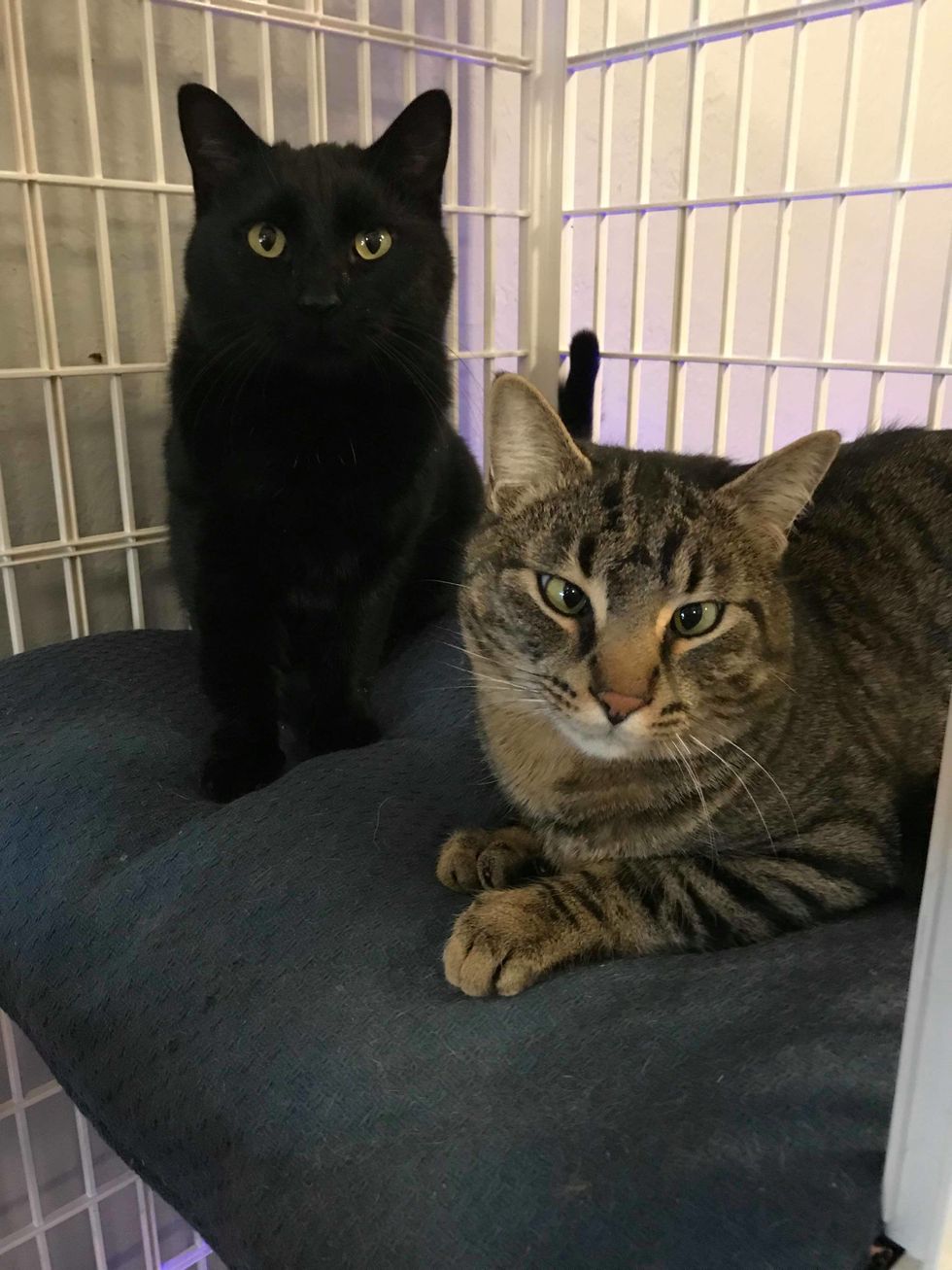 21 days after they were rescued, the two best friends found their forever loving home together.

Connie a local resident saw the story of the two buddies and knew just the right home for them. 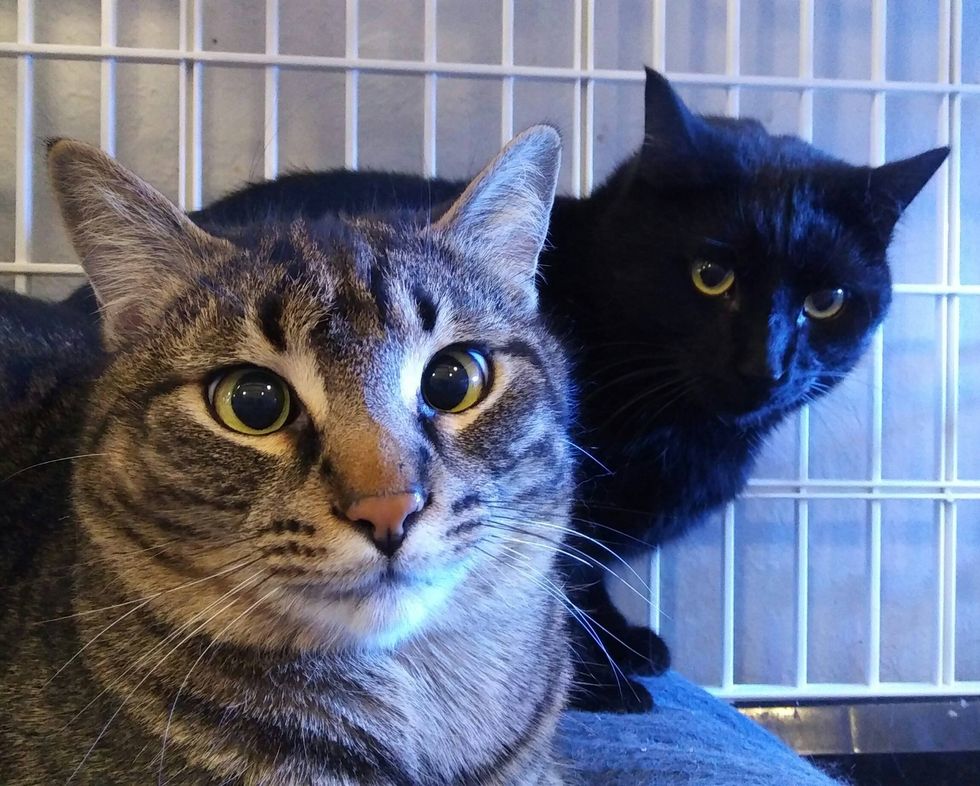 She went to Lady Moxie's to meet the kitties. It was love at first sight.

Watch their journey to their forever home in this video:

Two days after their arrival at their new abode, Midnight and Clarence have already taken over their human's bed.

They are loving their new kingdom. 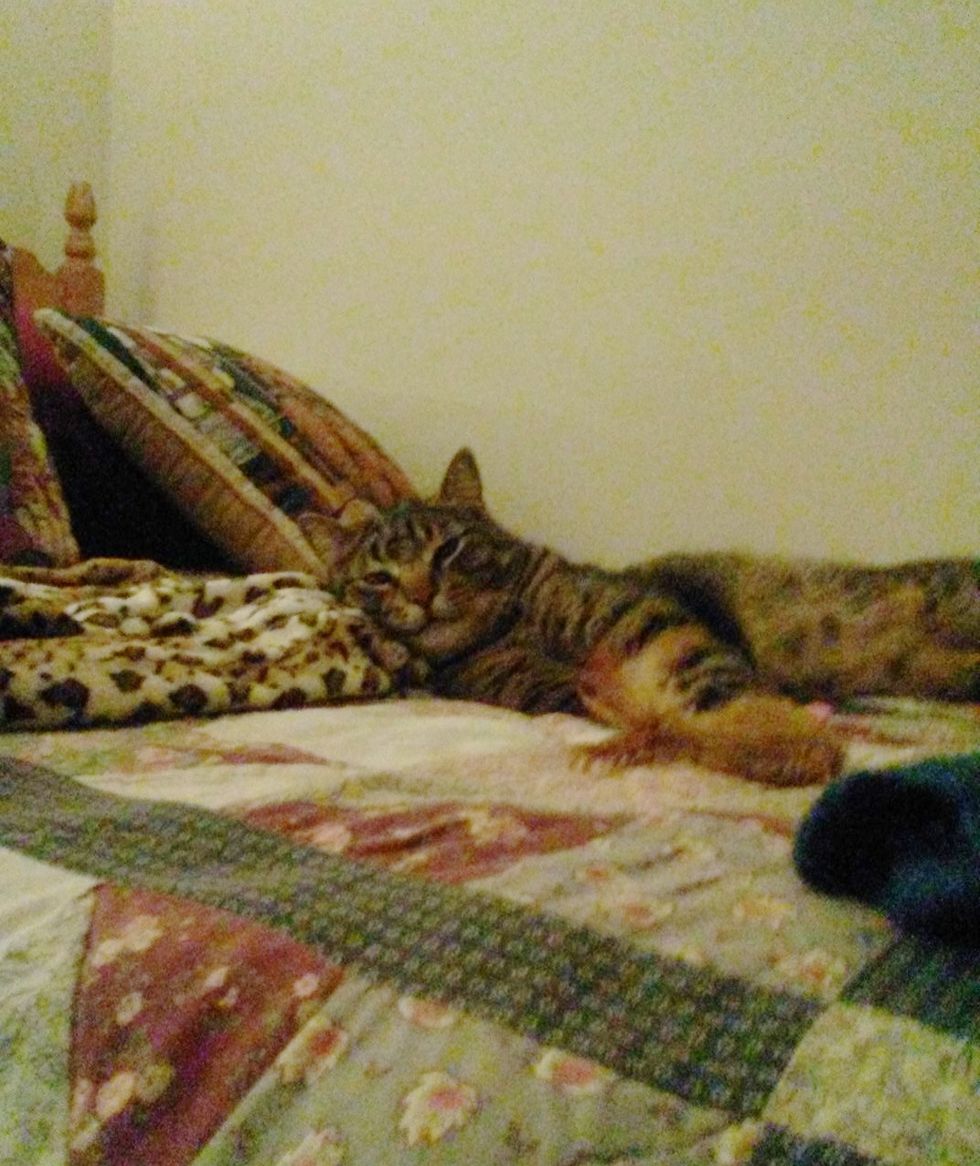 "Clarence and Midnight getting comfortable! They so belong together," Connie said.

No more worries about food and shelter. The two kitties are now living their lives in luxury and love. 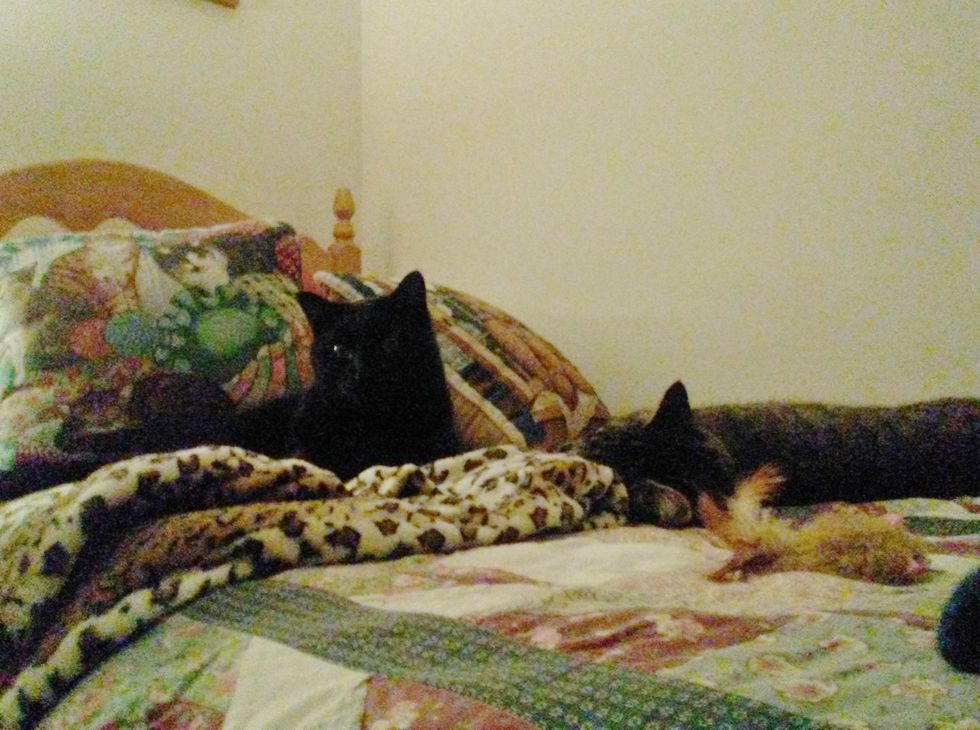 Related story: Cat Found in Snow is So Happy To be Saved She Can't Stop Thanking Her Rescuers