Couple Saves Kittens from Freezing Cold But After 20 Minutes of Snuggles...

A couple saved a litter of three motherless kittens from the freezing cold. After 20 minutes of snuggles, they brought them back to life. 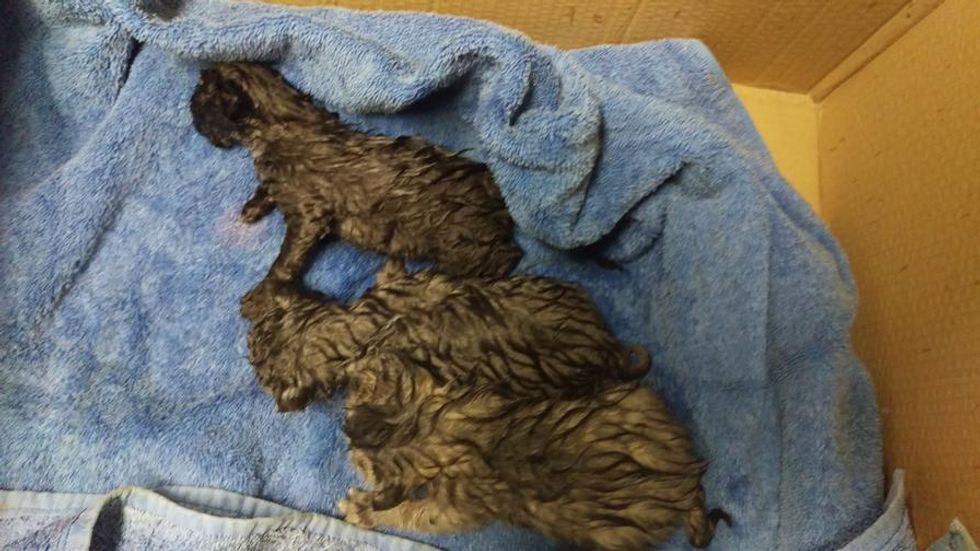 While the couple was outside their house, they were alarmed by kitten cries coming from their neighbor's pickup. Upon investigation, they discovered three tiniest fur babies shivering in the cold.

The kittens were huddling with each other for dear life. Their mother was nowhere to be seen, and it was pouring rain. The couple knew they had to take action immediately.

"Just above freezing with no sign of mom, so I had to do something," imgur user StonemonkeyKing said. He quickly grabbed the kittens and brought them inside, doing everything he could to keep them alive.

One of the kittens was in bad shape and cold to the bones. He wasn't moving and they could barely feel a heartbeat. 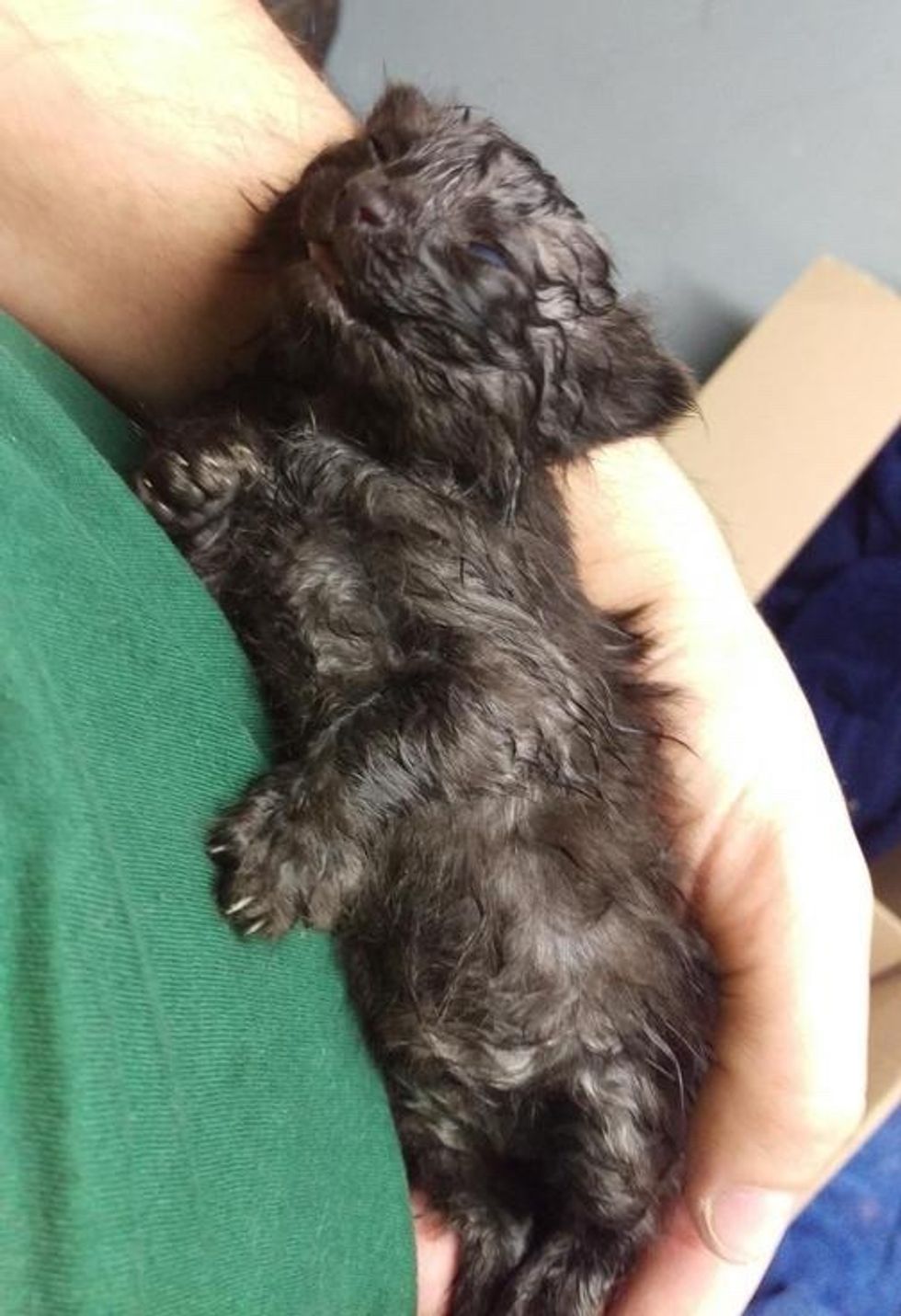 The man held the little one to his chest, trying to keep him warm while gently rubbing his back to bring life back into the little guy.

"After about 20 minutes of snuggles and hugs, he cried for the first time. A major relief for me because I don't want to lose one." 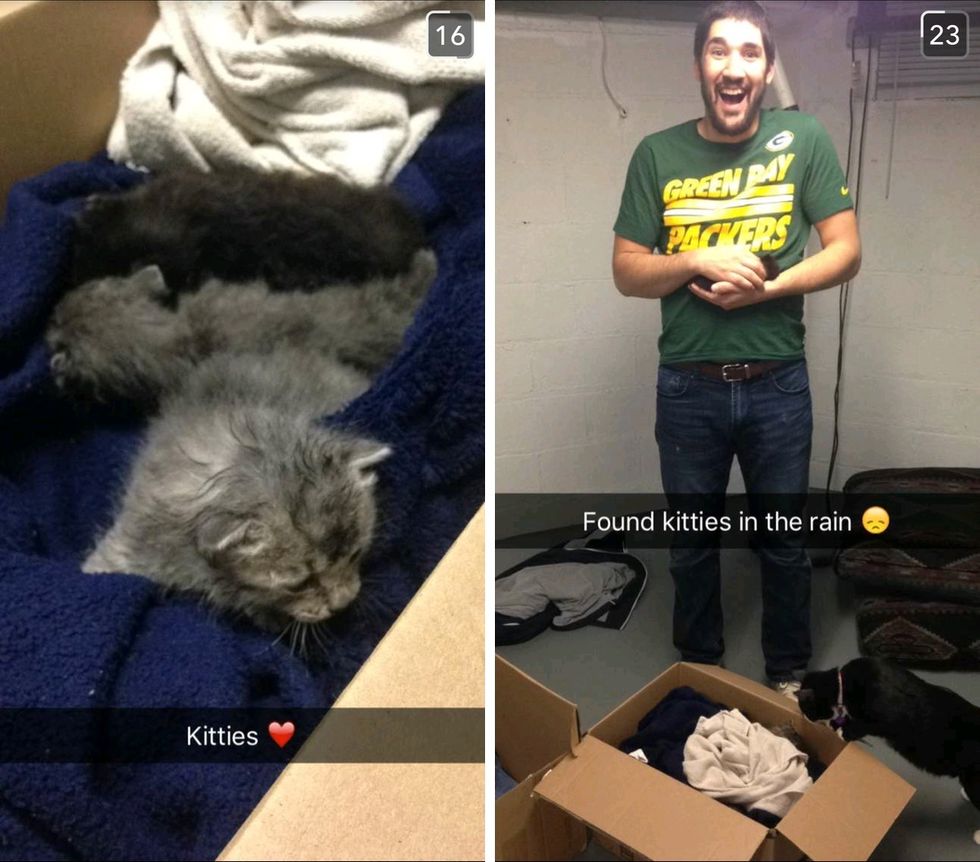 The kittens were finally dry and warm, but were still shaking. "I turned a heating pad on low under the blanket and covered them up, [applied] some more snuggles and rubs, and they were up to an appropriate body temperature!"

When it came to feeding time, all three furballs instinctively crawled up onto their human dad like a tiny army, looking to nurse. 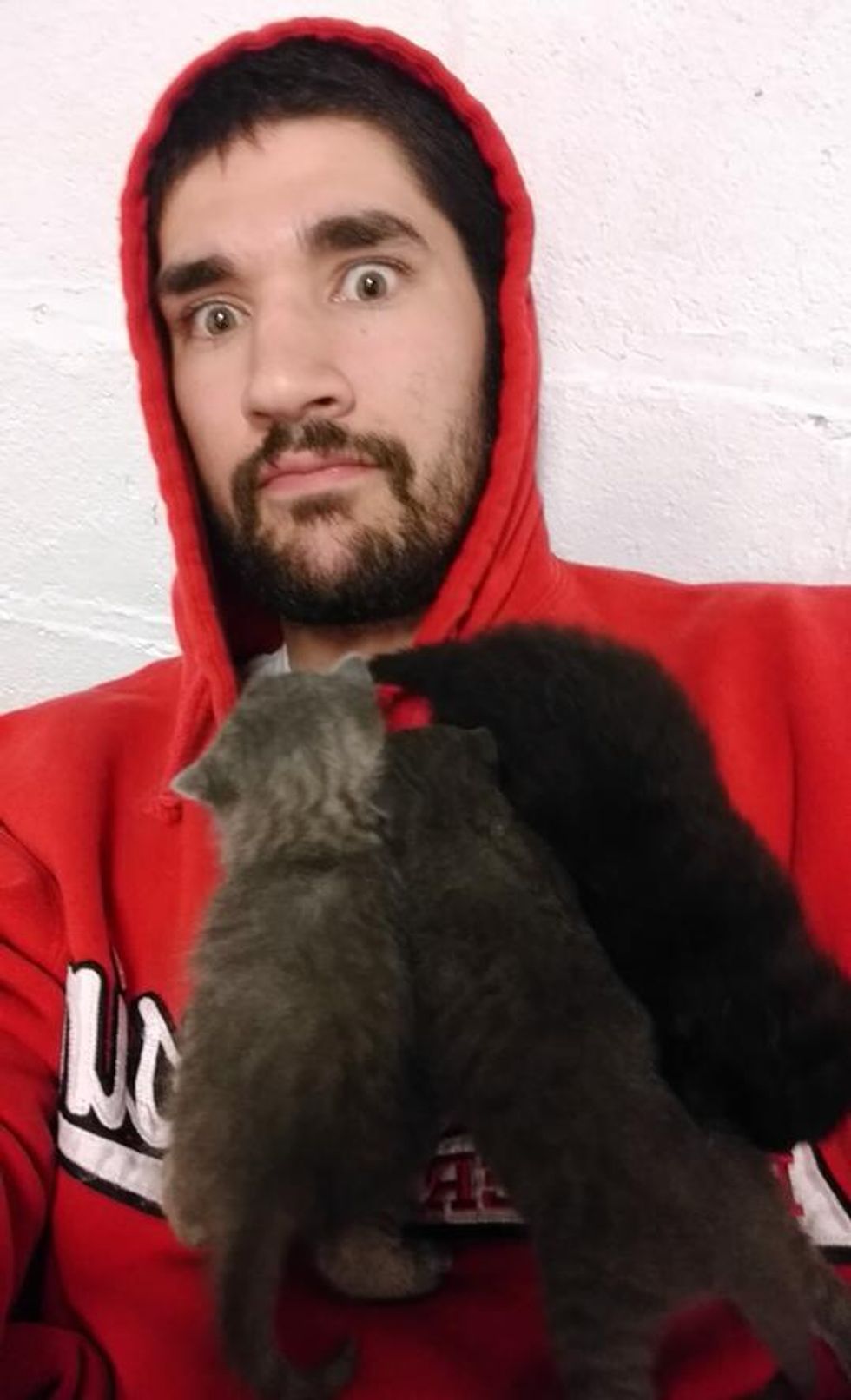 He became their new mama.

The most adventurous kitty was the one who alarmed the couple to their neighbor's truck. He surely gave the strongest demands for food. 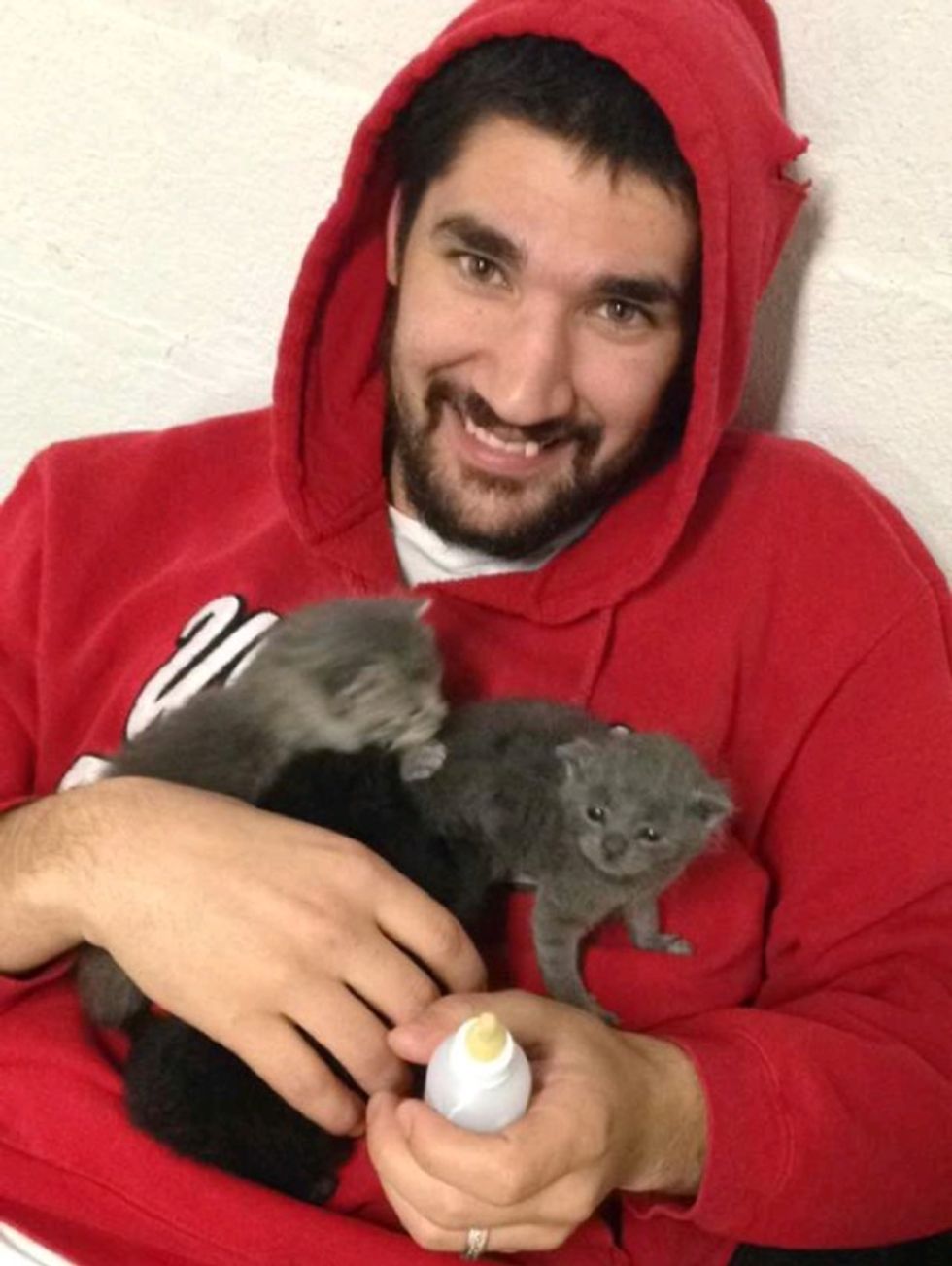 Look at those wiggly ears when they eat.

After getting a full belly, this kitty is very satisfied, showing off his milk stache. 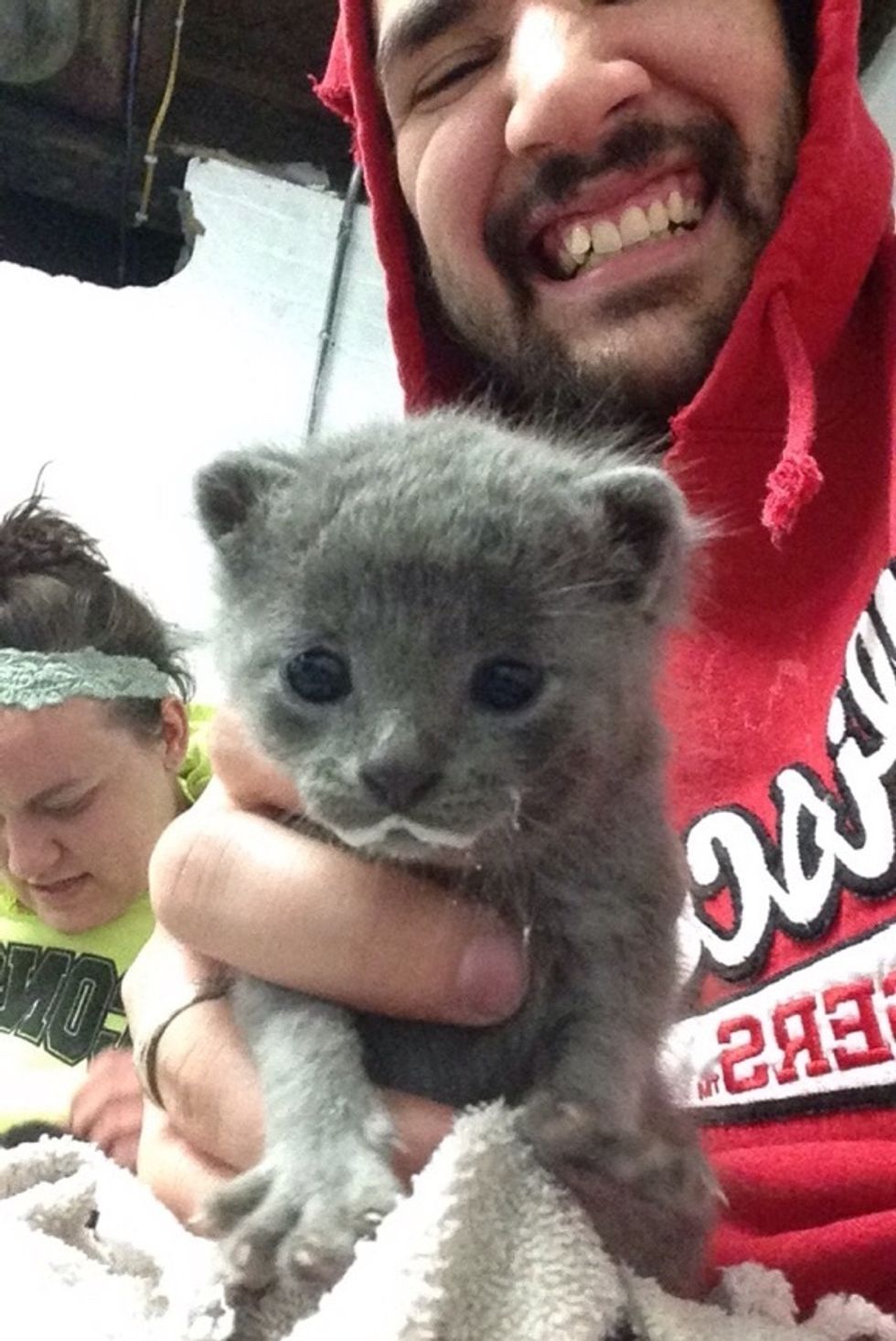 This little guy decided to nap on his human dad's shoulder after a big meal.

It's his favorite spot to snuggle. 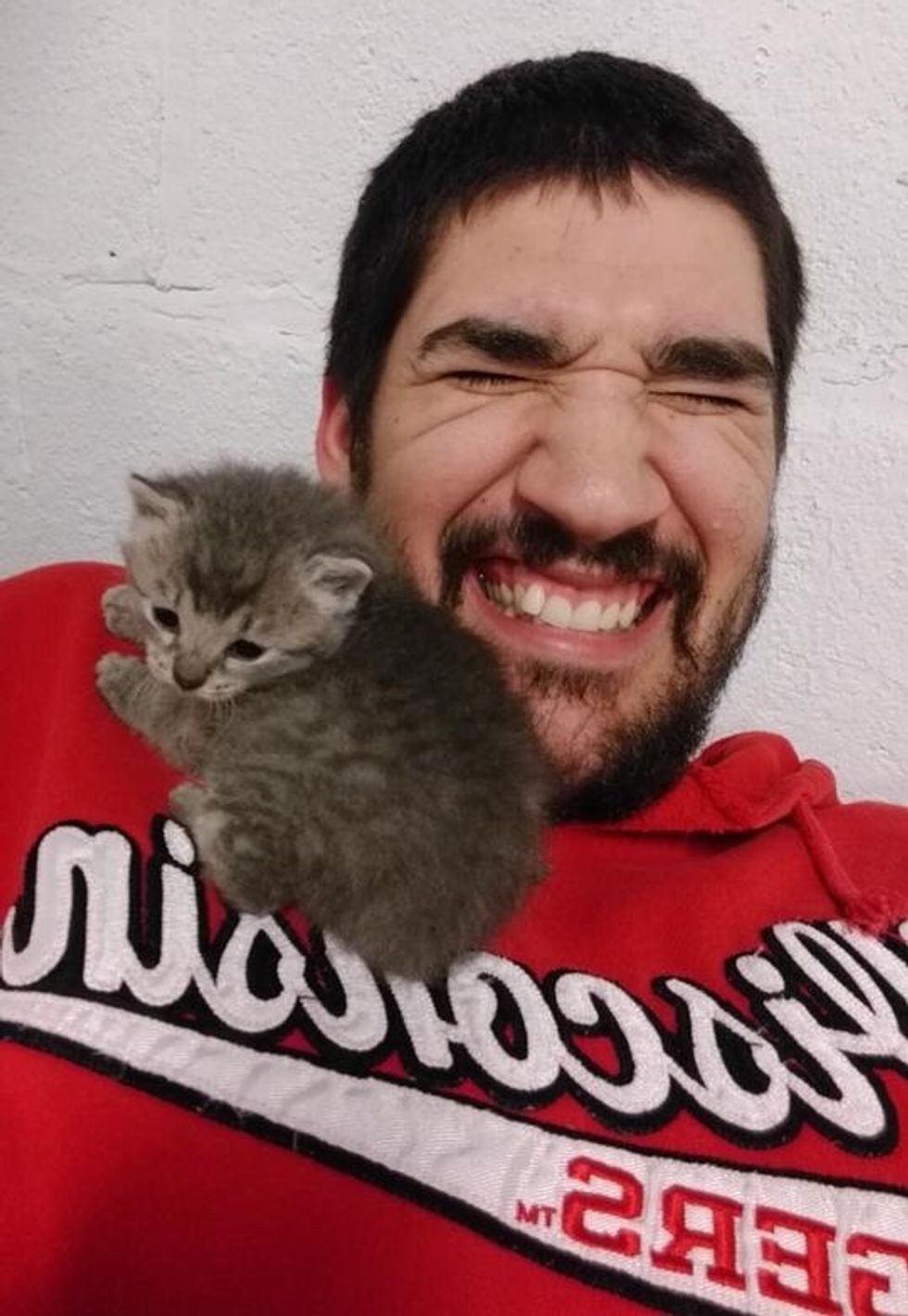 The couple named them Squishy (grey), Lou (blue), and Lazarus (black, because he came back from the brink).

"It gets a little crazy making time to feed them, take care of a 12 week old puppy, and be a dad of a 10 month old, but we love these little floofs." 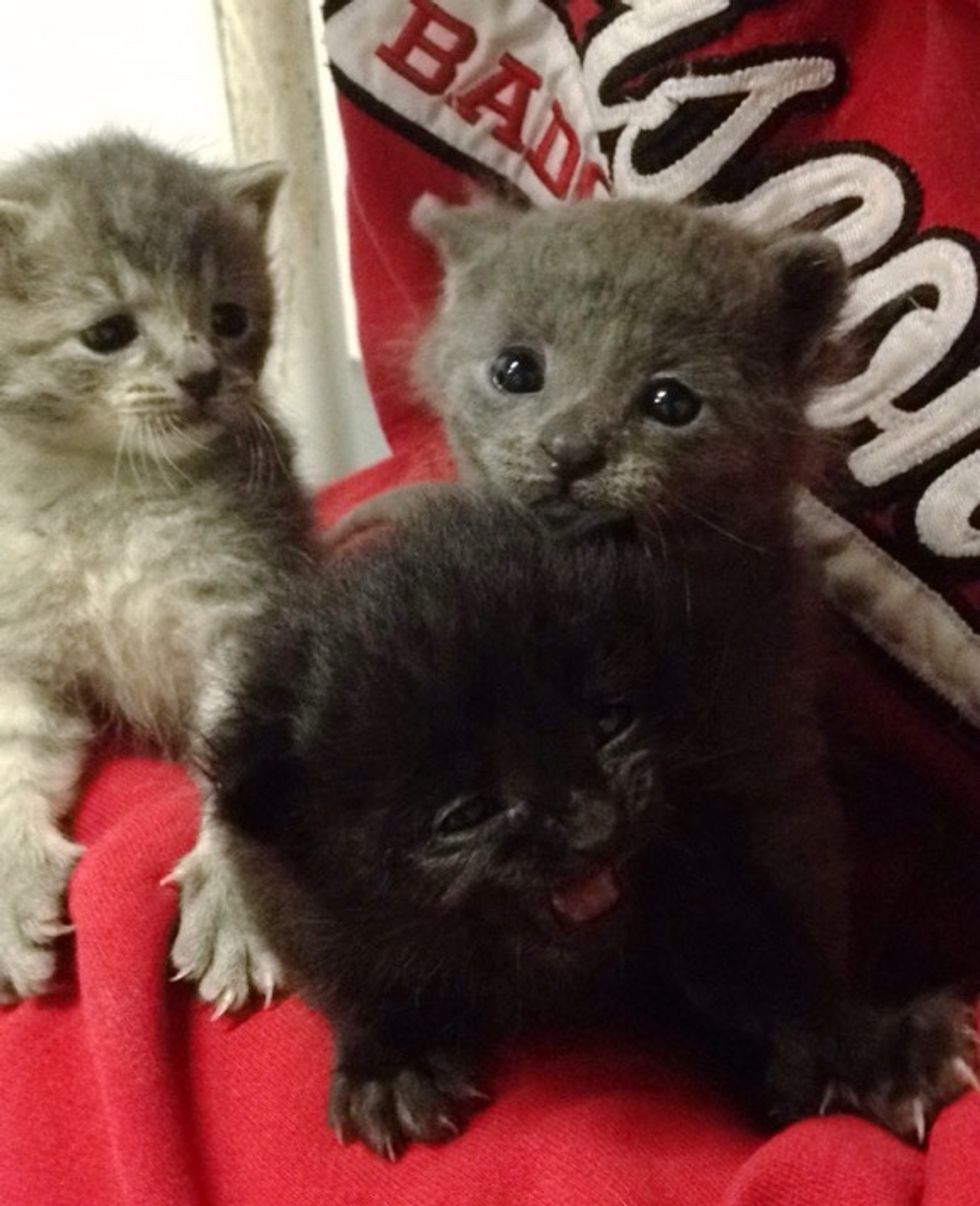 A couple months after they rescued the fluffy trio, they found them their forever homes.

"We adopted out Laz to my cousin. We planned on doing the same with Lou, but he and Squish are inseparable and he has the goofiest personality!" So the two are there to stay forever. 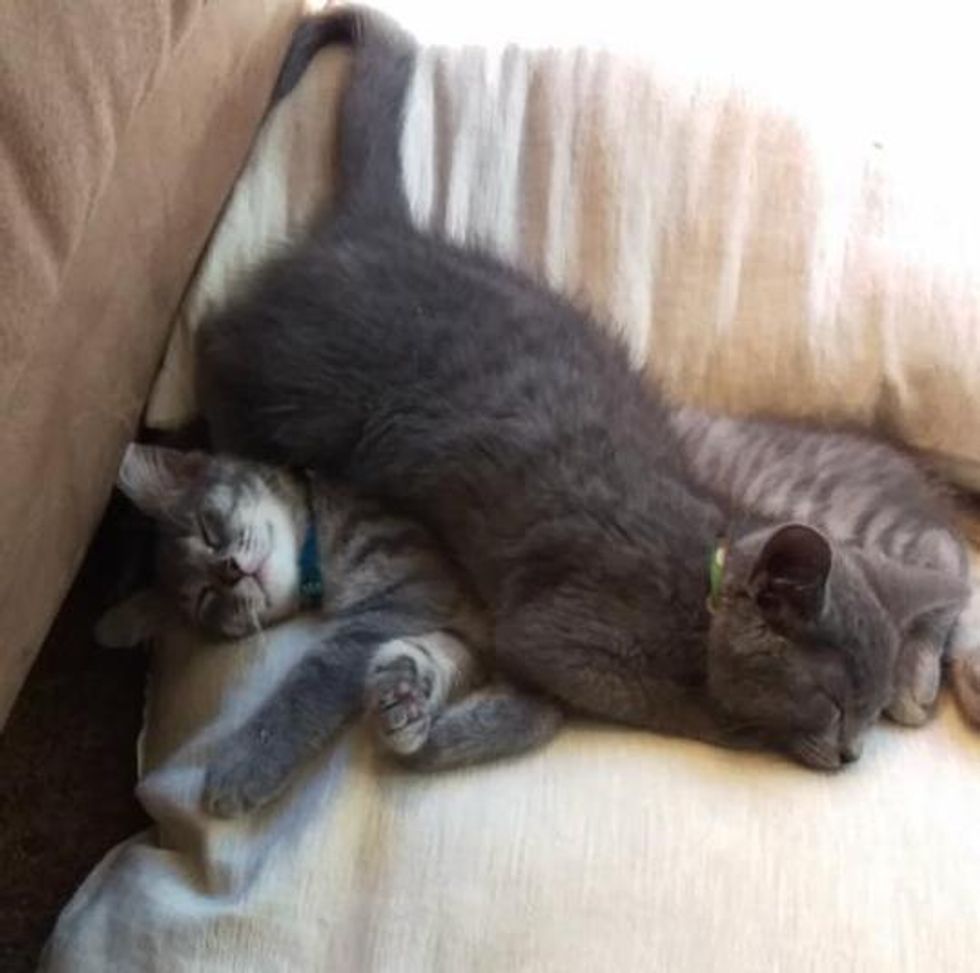 These precious kitties will never have to fear the freezing cold ever again. Now they have a loving family to enjoy along the ride. 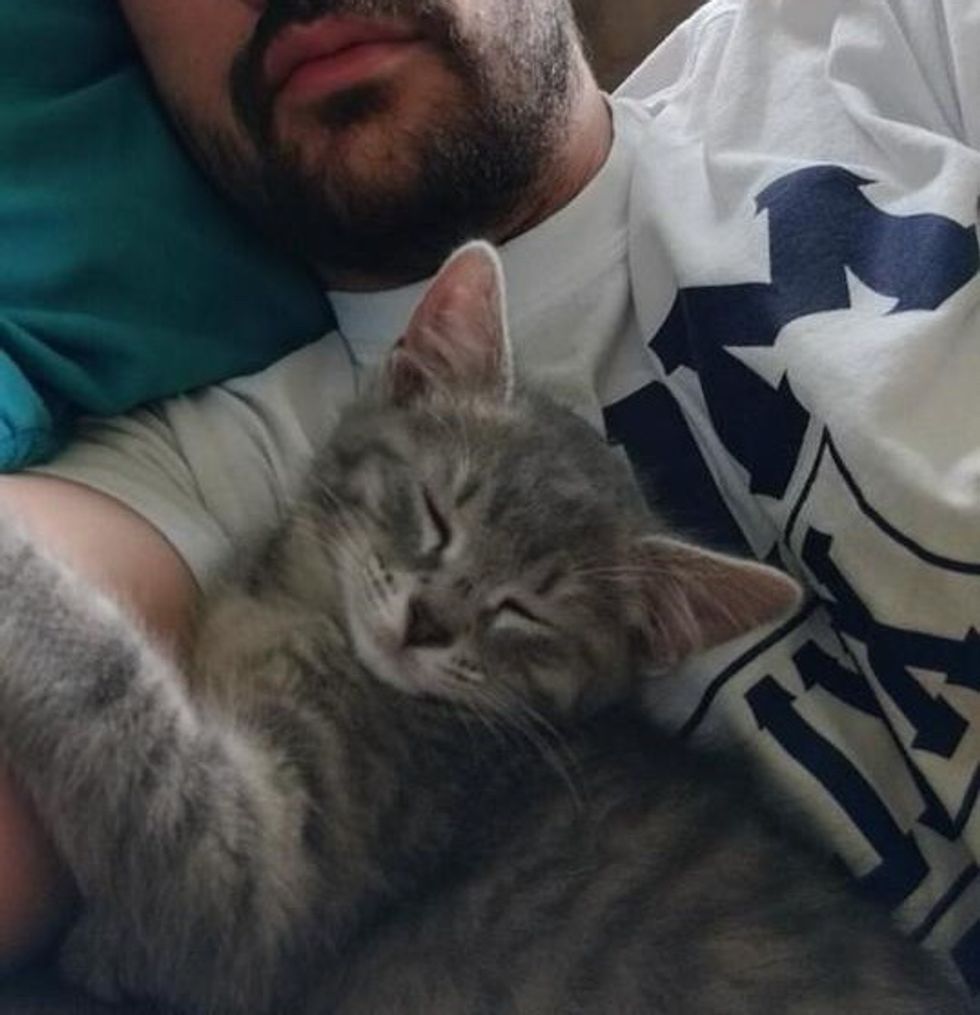 Related story: 8 Orphaned Kittens Found Huddling for Warmth, Are Turned Around by Love