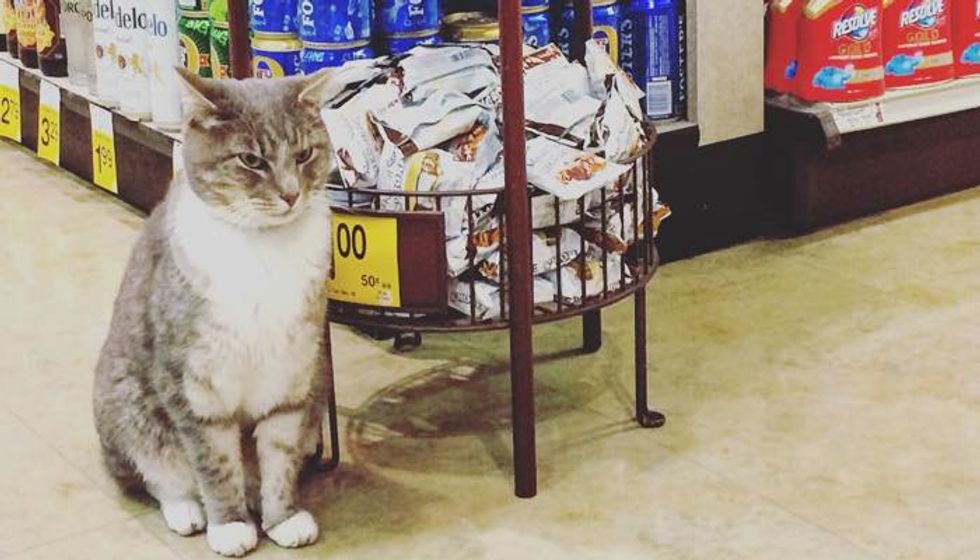 A cat named Cecil has been a loyal 'usher' to the Safeway store in Portland, Oregon. He comes to the store almost every morning and spends his time greeting customers, making friends and napping away. 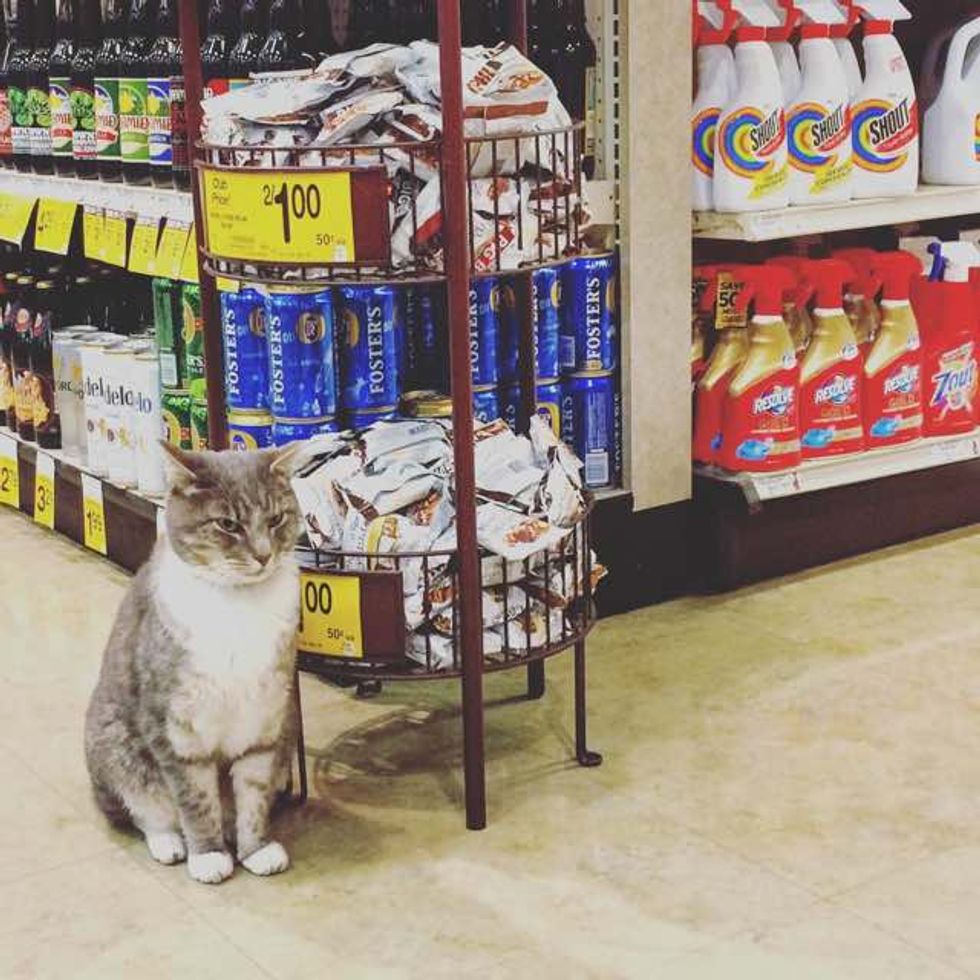 Sometimes he waits by the door and greets the customers as they walk in from the parking lot.

Some customers wonder if the cat is lost, so they call the number on his collar and get a message from his humans. It says if you're calling about Cecil at the Safeway, don't worry he just likes to hang out there. It also says that he lives nearby and "will find his way home when he's ready."

When Cecil is not greeting customers, he is on top of a stack of soda boxes by the window, watching the day go by or just napping away. 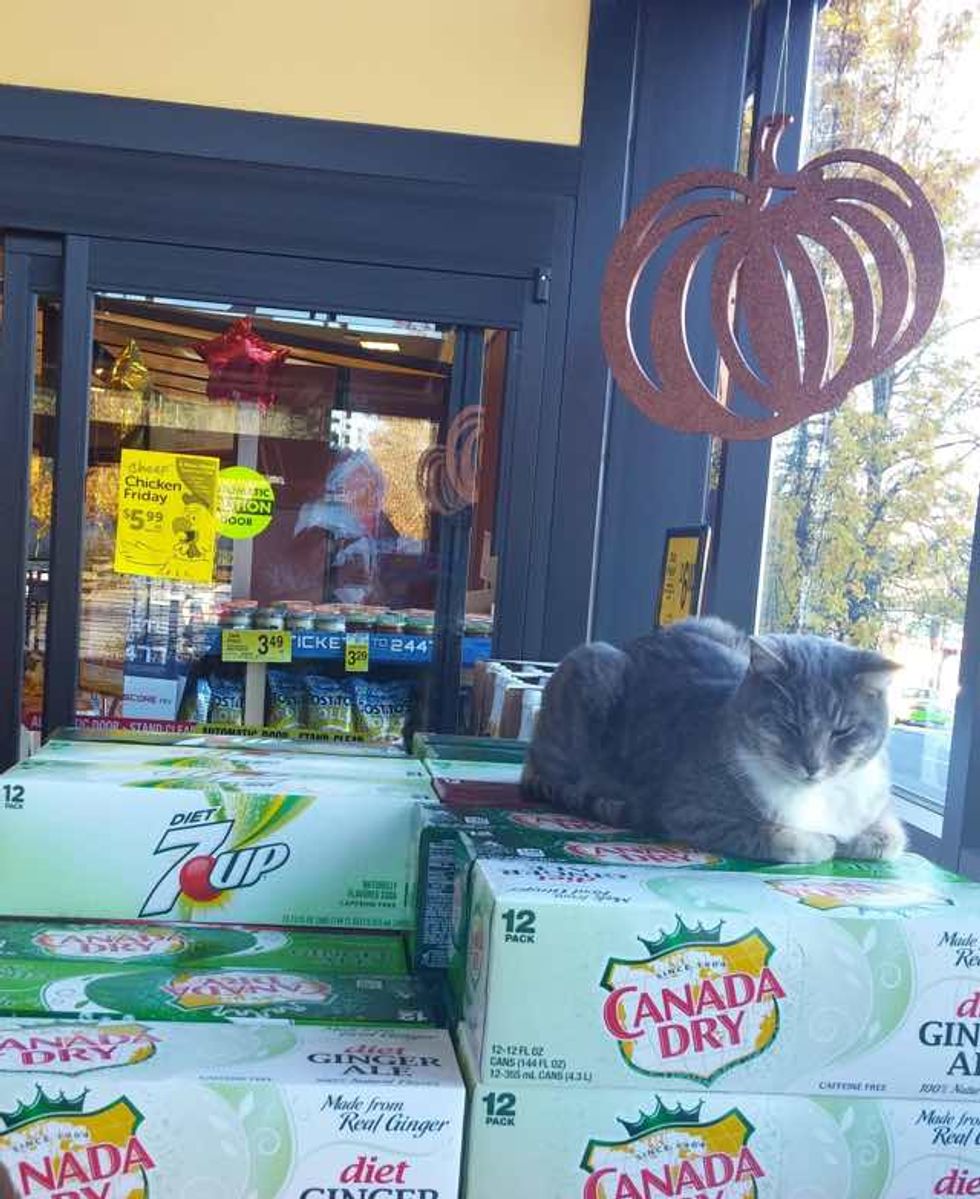 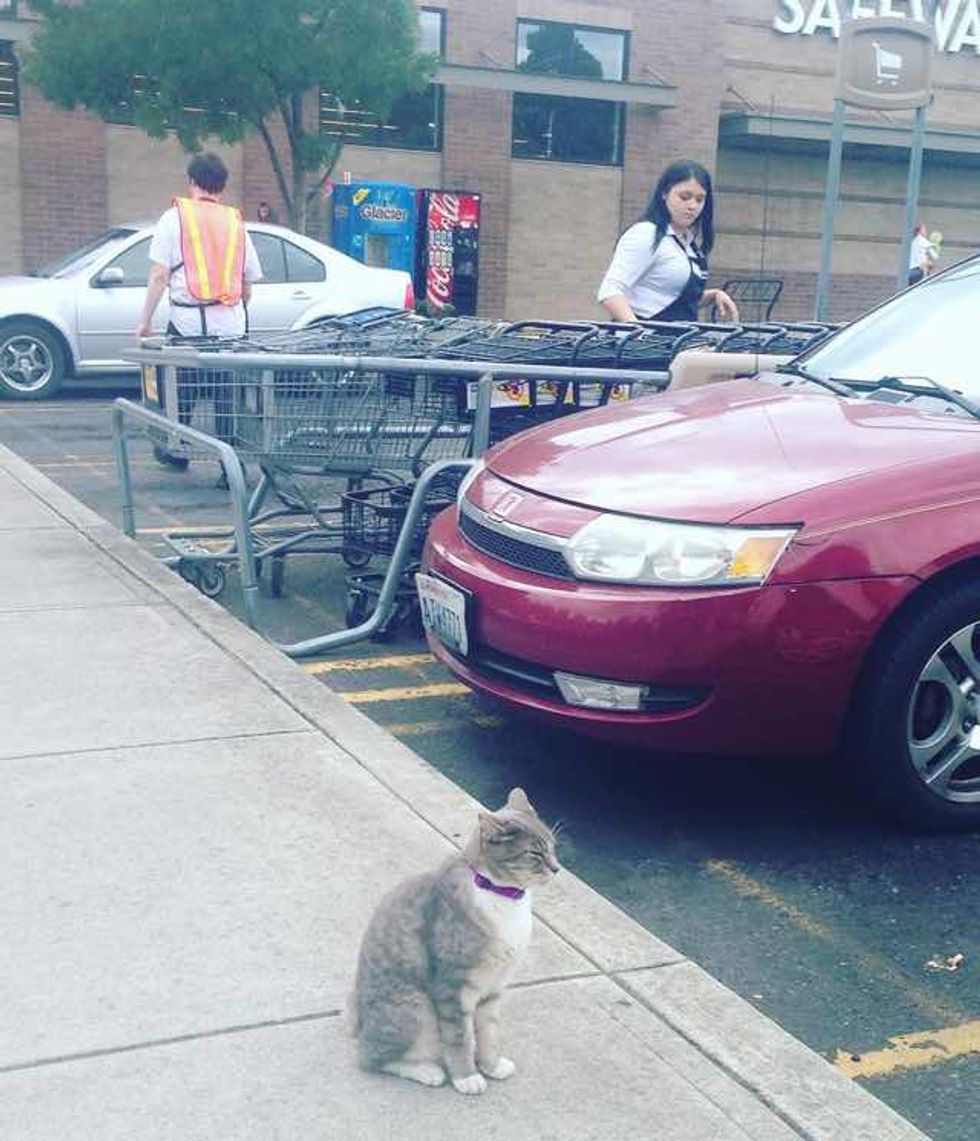 "I work at this Safeway and Cecil is the sweetest kitty. He's well taken care of, at home and at the store. Customers sometimes leave milk and food for him inside the entrance. He's like our little mascot," a reddit user shared.

Cecil has gotten quite a fan base. They just recently started a group on Facebook to share moments of this store cat. 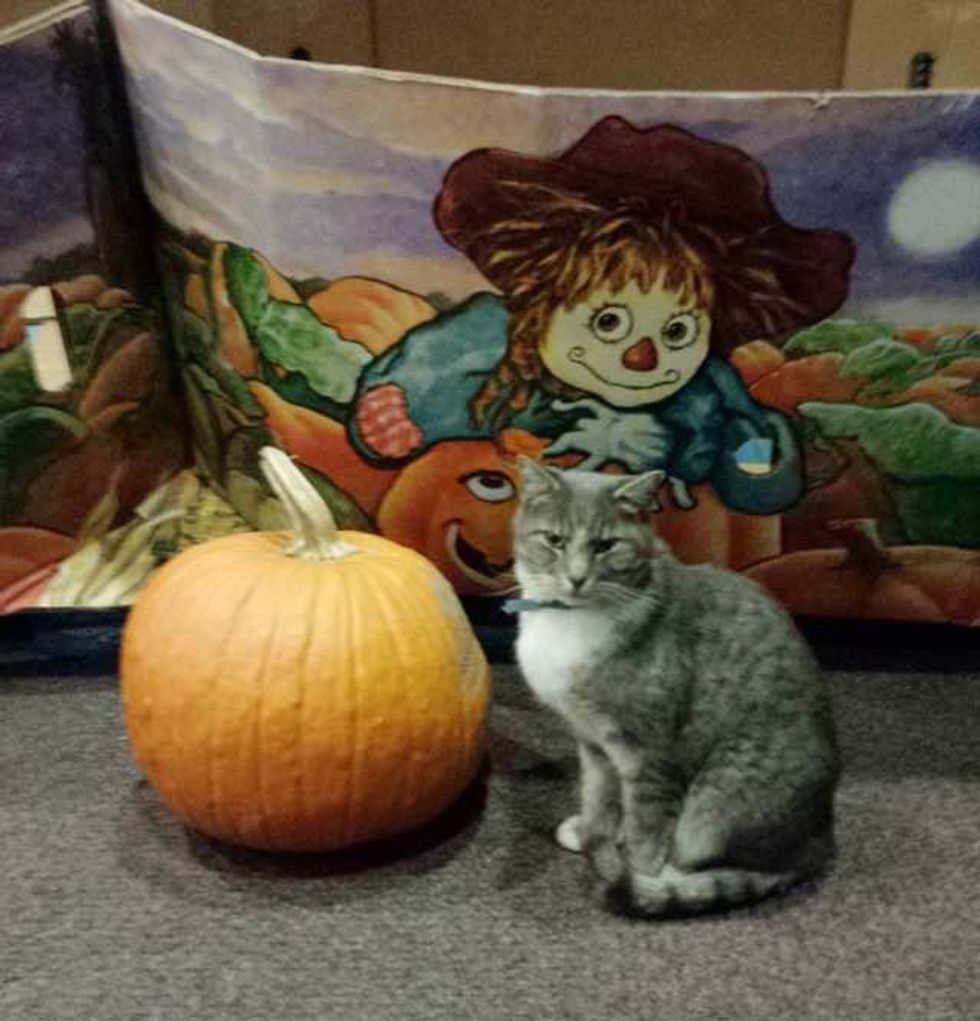 He has become quite a local celebrity. 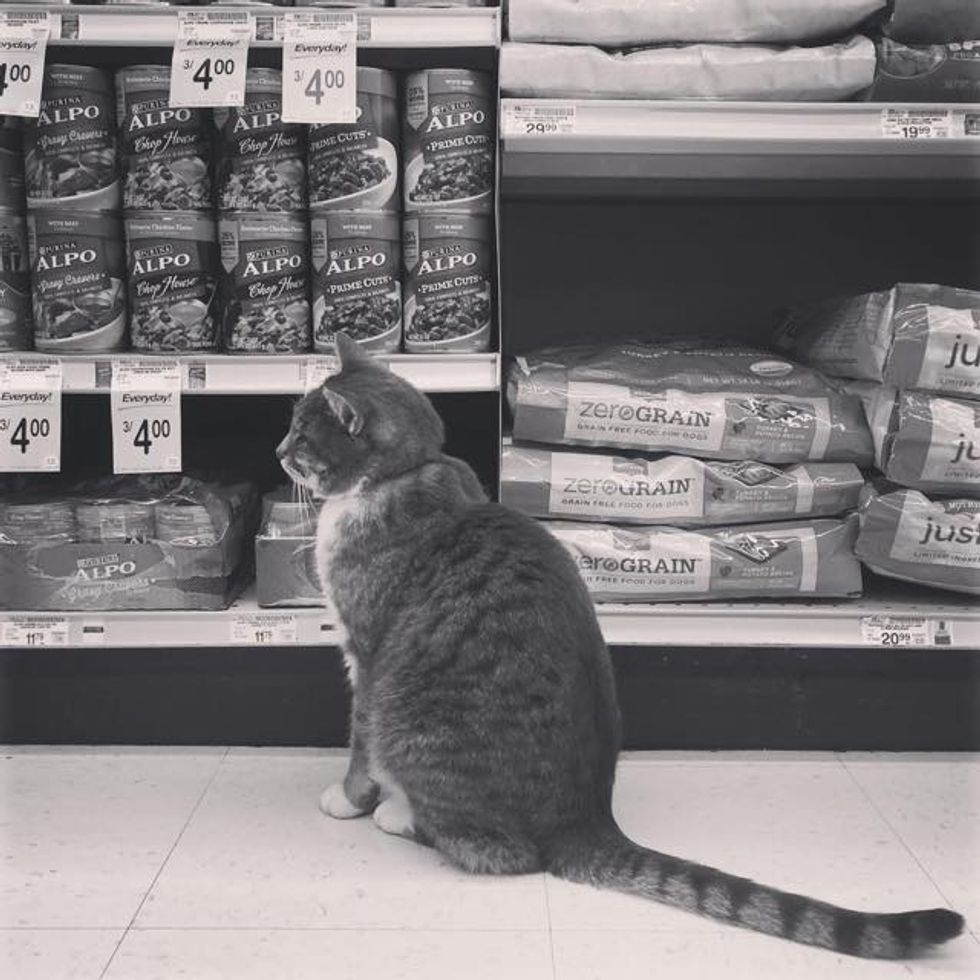 "My wife works at the coffee bar here. Today Cecil decided to use the electric cart for a snooze," Jerry wrote. 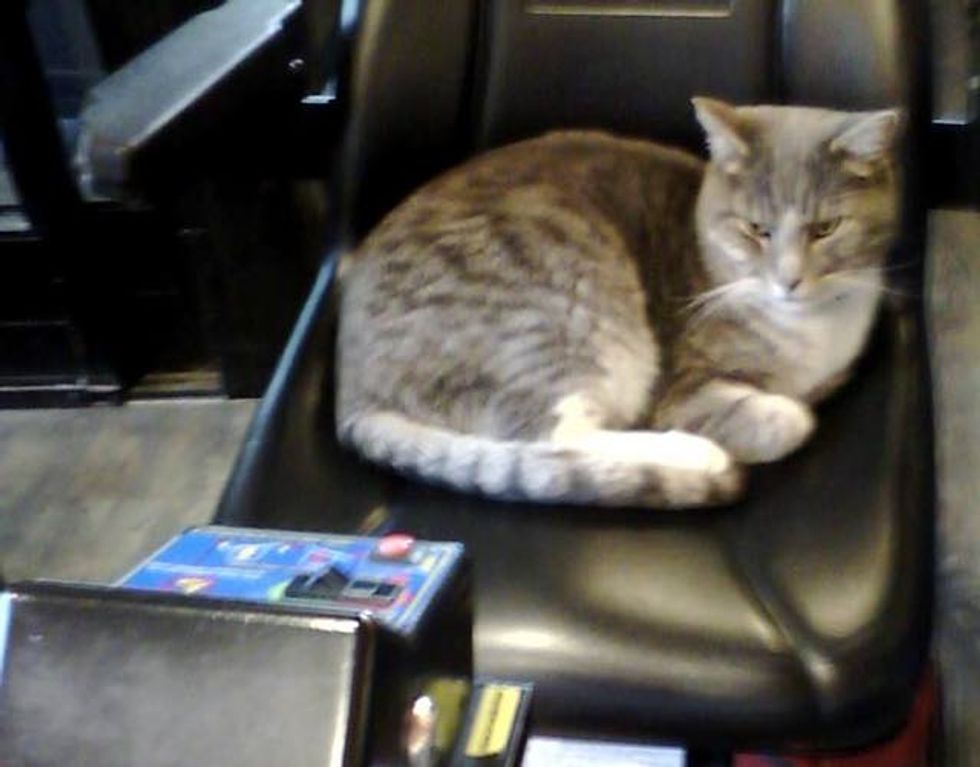 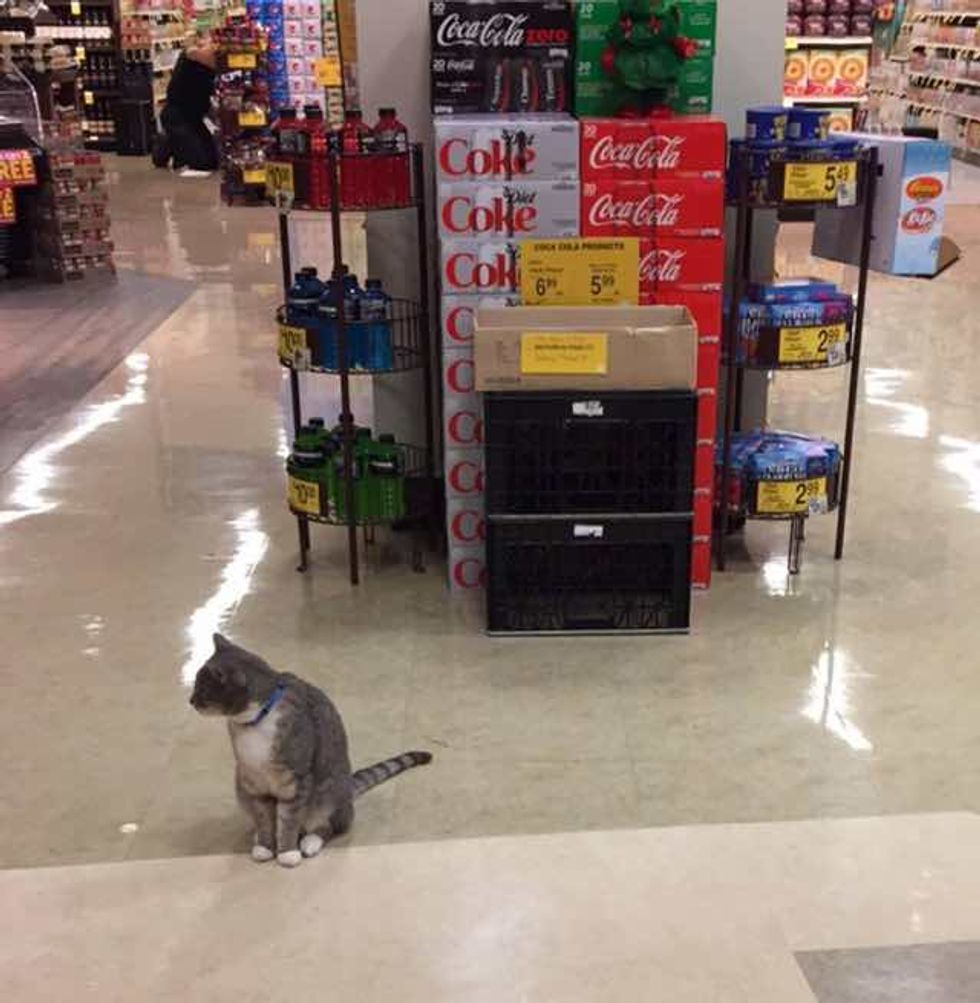 Waiting for the counter to open. 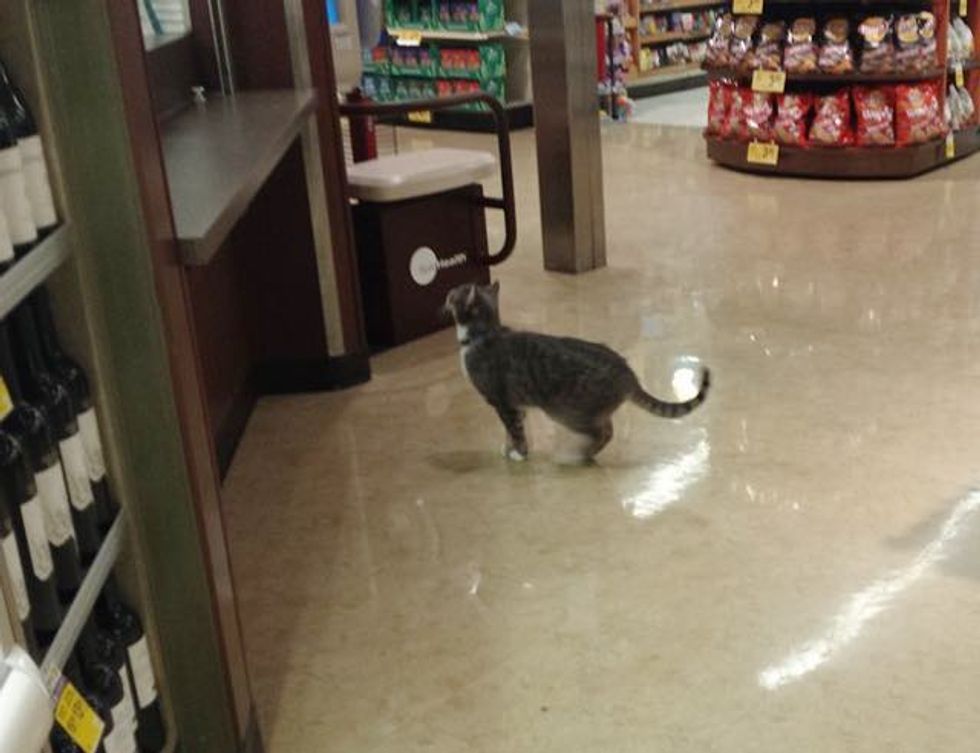 Cecil getting some love from Kate, one of the customers. 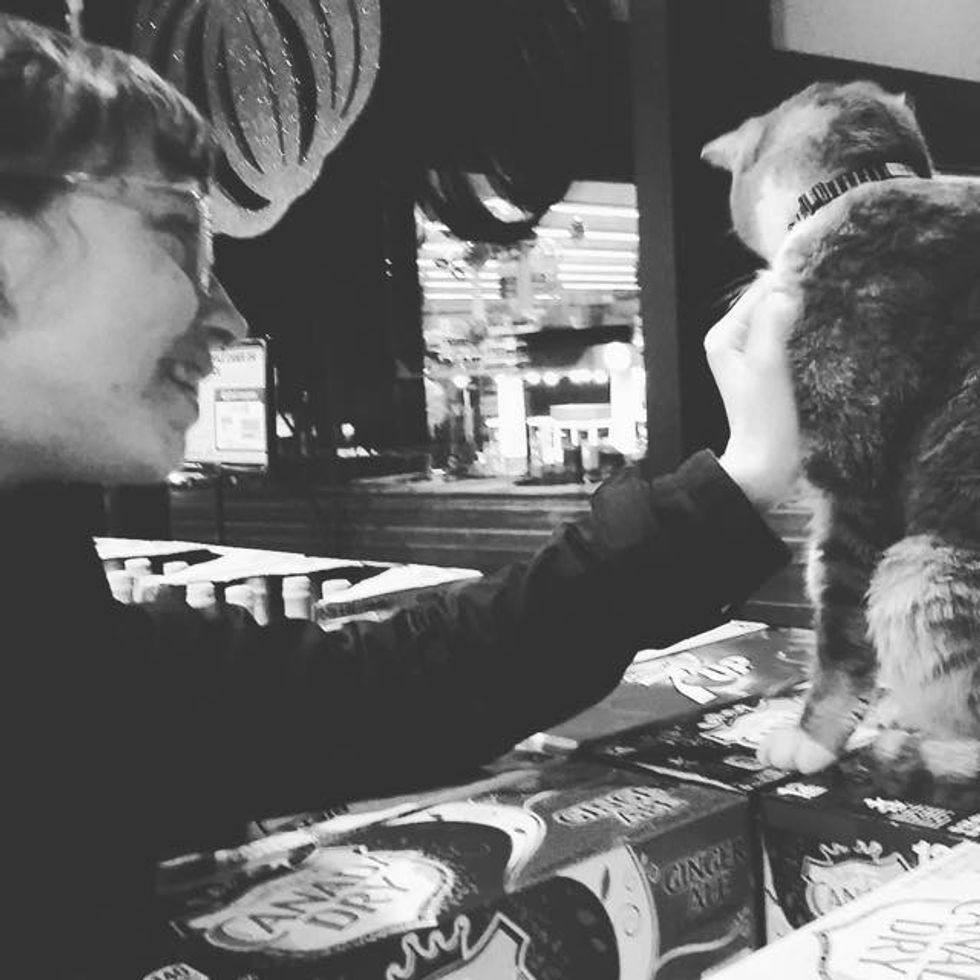 Many customers say Cecil loves the attention and that's why he keeps coming back.

Update: We'd like to ask our readers to help Cecil stay and be allowed back in Safeway. Cecil brings joy and happiness to the people there. There are store cats in many cities in the US that have made it work. You can do it too Portland! Love cats because they will love you back in spades :).