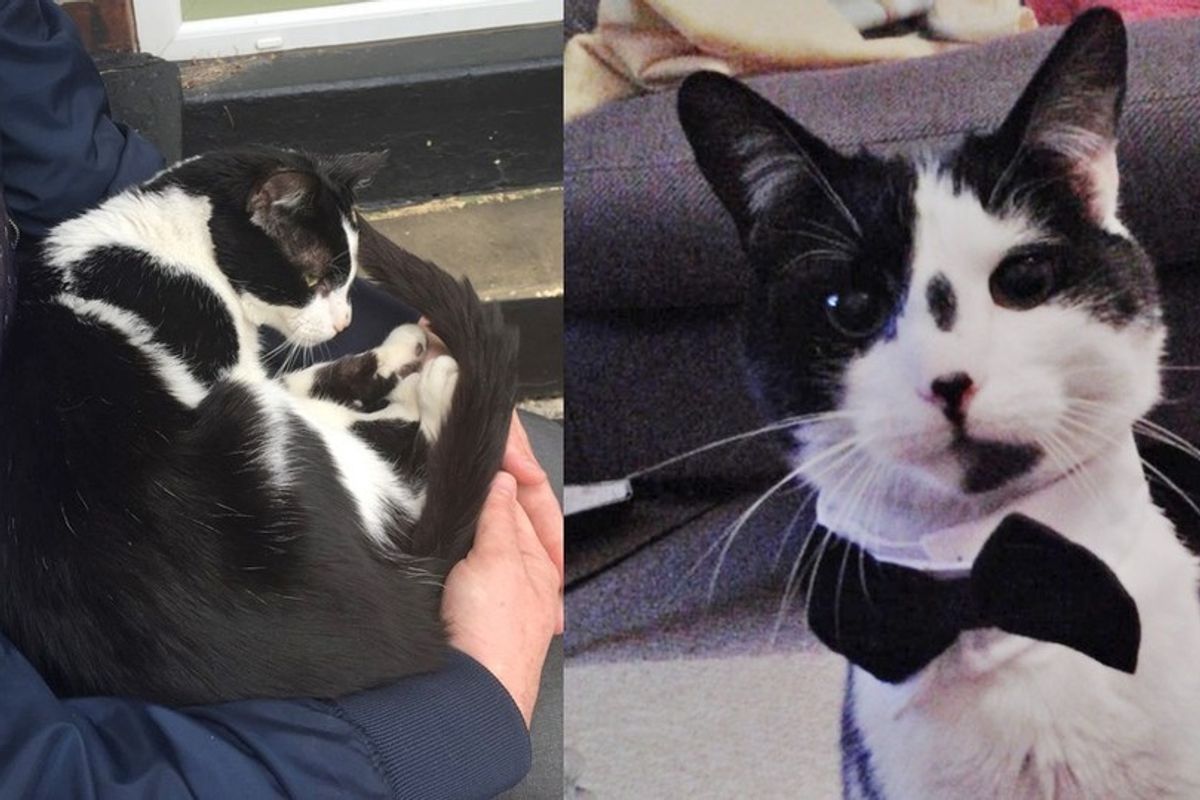 Abandoned Cat Takes Every Chance to Cuddle with Man He Befriended

A cat was left behind by his previous family and found himself wandering in the neighborhood until he met a guy who has a soft spot for animals.

He walked up to his human friend and hopped in his lap for some cuddles.

"I moved into a new house with some work friends, and after a few days we noticed this guy living under a hedge," reddit user Beartow said. "He had been left by the woman who lived there before us when she moved out. Not neutered, underweight, and dirty..."

The kitty immediately took to this guy and wanted cuddles from him. He was quite persistent.

"He took every chance to cuddle up with me outside. I named him The Professor."

The guy became the kitty's daily food provider. He saved up enough money to bring him to get vetted and fixed. The vet estimated the cat was around one year old when they found him.

"This was shortly after bringing him in." The professor looks quite ravishing with his new bowtie!

"Almost exactly a year later, my girlfriend and I have moved, and this time he came with his owners! He's almost like a dog in that he follows us everywhere, comes to the door to meet us when we get home, wakes us at six in the morning for cuddles.

"I don't understand why his previous owner just abandoned him - he's a lovely boy who just likes to sleep on his back all day in between playtime and cuddles!"

The kitty cuddled his way into his loving home. He knew this guy would love him for life.

"It's been a joy seeing The Professor's personality emerge over the last year... He's turned us into a little family, and I couldn't imagine him not being with us. I seriously love this little guy!"

When a cat chooses you, it means forever!

In a related story, a ginger cat traveled half a mile to be with the person he befriended.