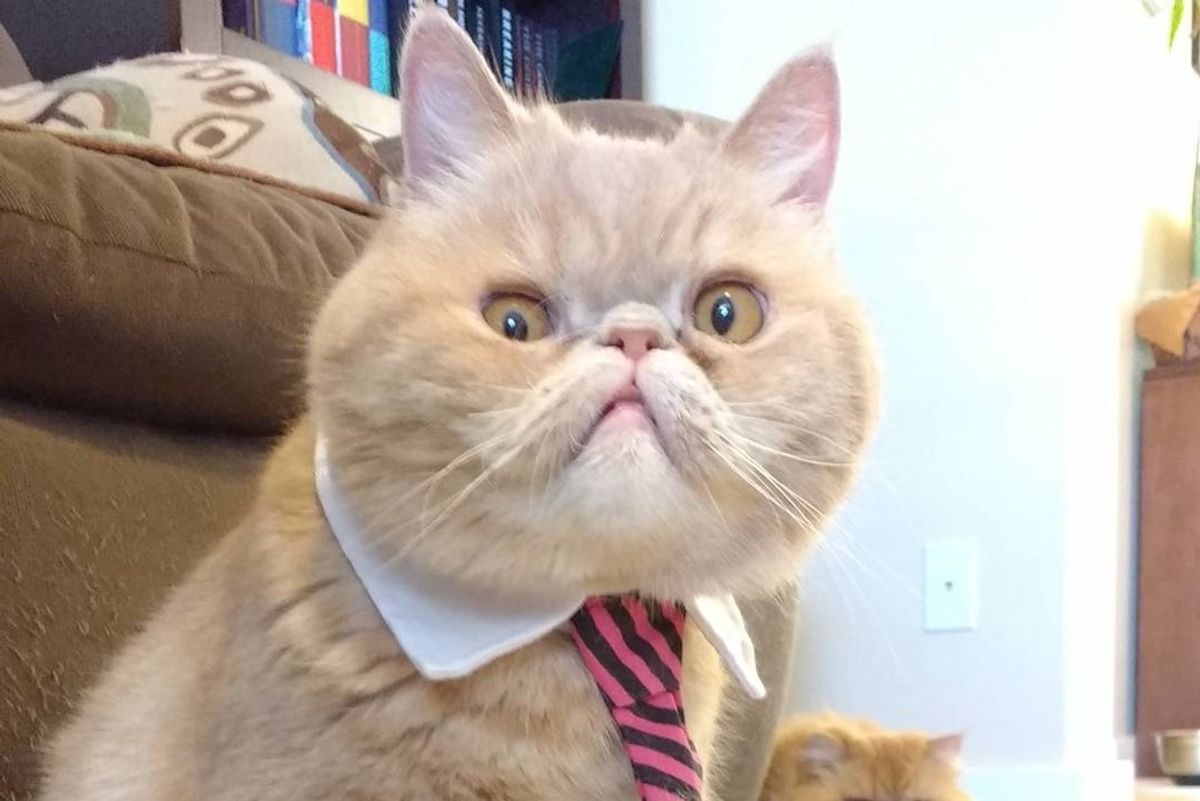 Cat Lost His Snaggletooth, but Didn't Lose His Good Looks

This handsome ginger cat has always been a charmer with his signature snaggletooth until recently he lost it, but he didn't lose his charm.

"His snaggletooth aka the 'personality tooth' recently had to get pulled from my cat Griffin Von Porkchop. I thought he might look a bit more normal afterwards... I was wrong," Griffin's human wrote via reddit (jonosvision).

Griffin's human always keeps an eye on his cats' oral hygiene. "I decided to take him in for a checkup. I scheduled a cleaning."

The vet checked out his tooth and found out it had started to go bad and had to get it pulled.

As sad as it was to say goodbye to the "personality tooth", Griffin was a real trooper throughout the entire procedure.

Griffin before he had his tooth pulled.

Griffin the cat has a unique face. It's slightly crooked, but he doesn't lack any charm.

"Besides a crooked face, he's a healthy and happy boy."

This is Griffin as a kitten and before his snaggletooth made its appearance.

"He's a sweetheart and has such a quirky personality.

"He loves candy for some reason, it has to be hidden from him, and also anything minty and cinnamony."

Griffin spots something on the ceiling...

Griffin and his furry gang!

It's clear who is in charge!

So grumpy, but so dapper!

"I was told there would be treats!"

Nothing has changed much since his snaggletooth was pulled.

Griffin is as handsome as he can be and his purrsonality is through the roof!

Related story: She's Not Mad. This Cat Just Has a Perpetual Disapproving Look on Her Face