A mother cat was so glad to be reunited with her kittens in a safe place after trying to keep them from harms way in the basement of an old home. 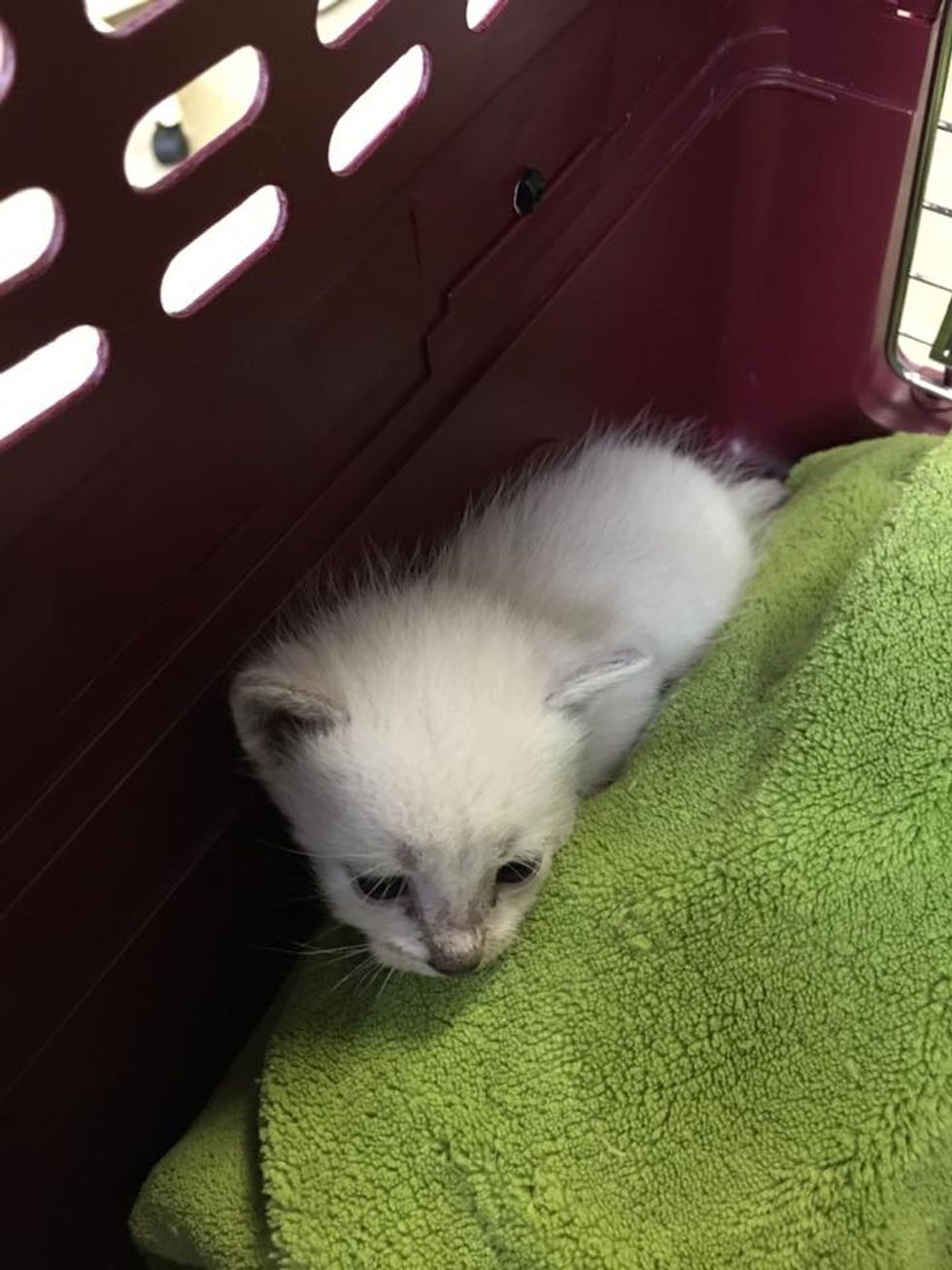 Earlier this month, a realtor discovered a stray cat and her three kittens hiding in the basement of an old house. It was not a comfortable place and too cold for the feline babies. She reached out to Homeless Animal Adoption League, a rescue group in Bloomfield, New Jersey, hoping they could take them in.

"When we got there the babies were exactly where the realtor said. They were lying near wooden pallets on the cold floor. We were able to grab them quickly but we really wanted to find mom," the rescue said.

The mother was not in the house. After waiting for a while, there was still no sign of her. 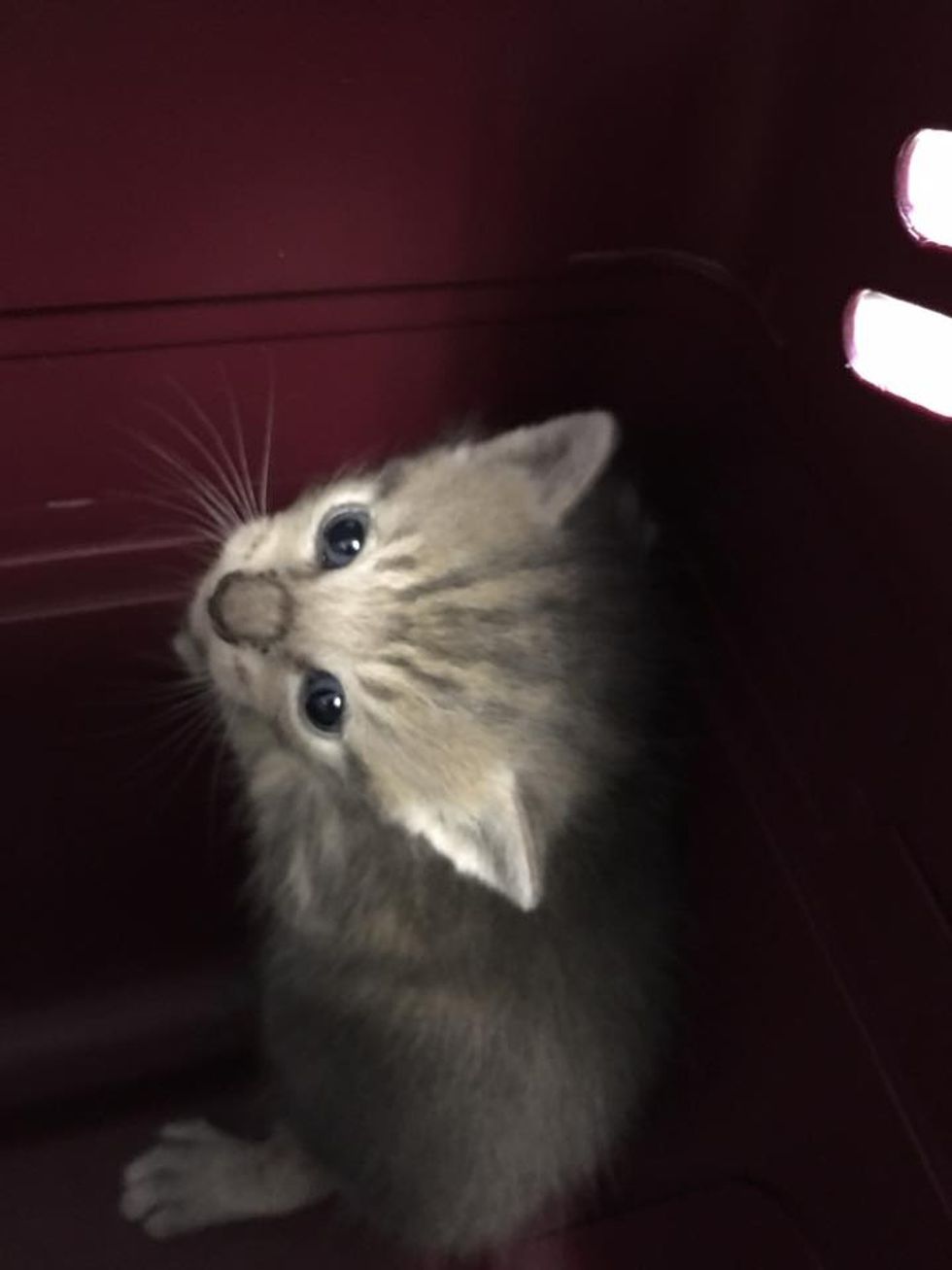 "We decided to take the babies with us and come back later for mommy."

The kittens were covered in fleas. After giving them Dawn baths, picking off dozens of fleas and filling their bellies with KMR kitten formula, the tiny fur babies were huddled together sleeping comfortably in their warm nesting place. 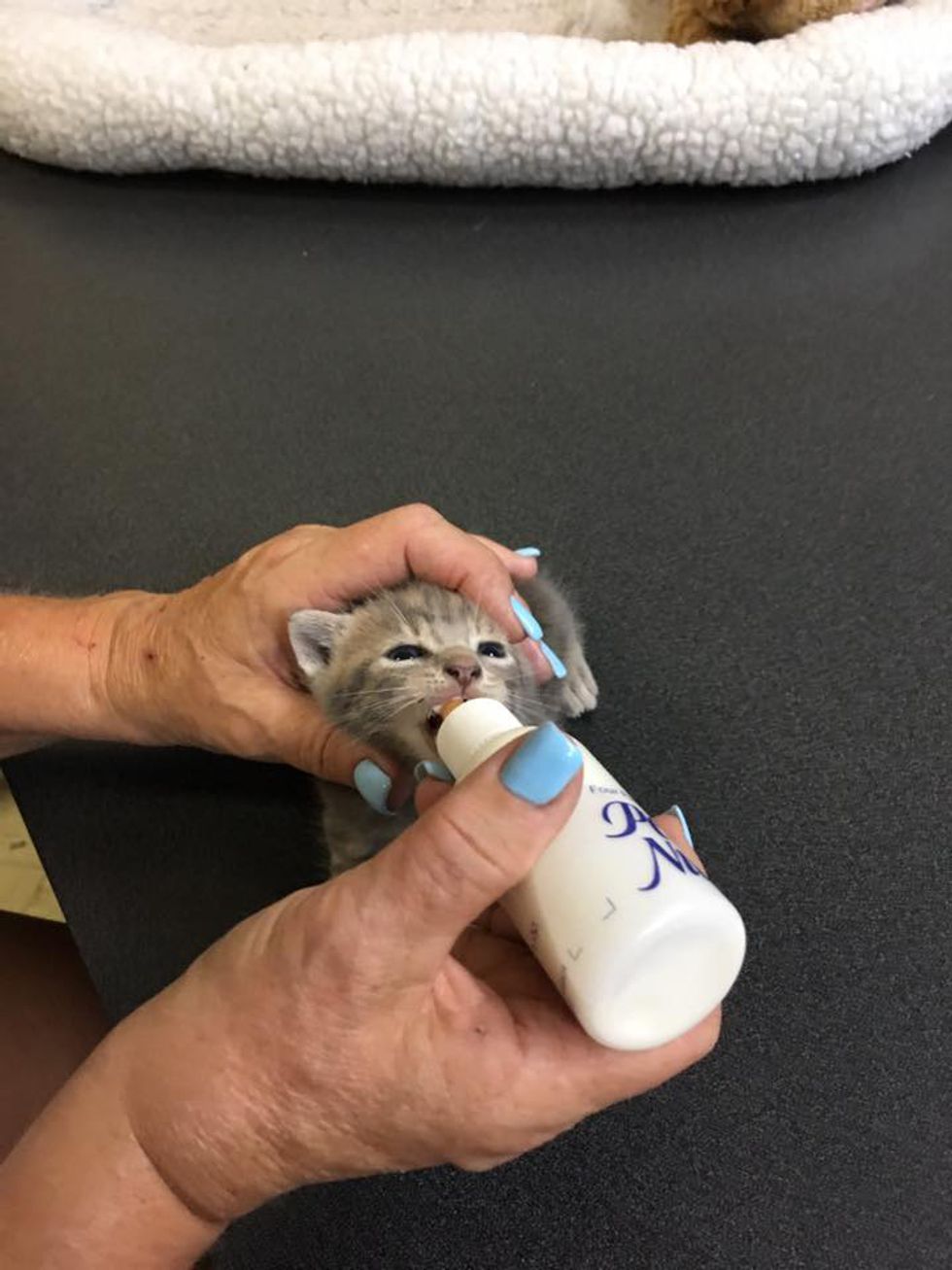 "We returned to the house in early evening and were ready to set a humane trap in the basement when mommy appeared at the opened side door," the rescue said.

"She was apprehensive to come in but she allowed one of the volunteers to get close. We brought food outside and she approached the plate." 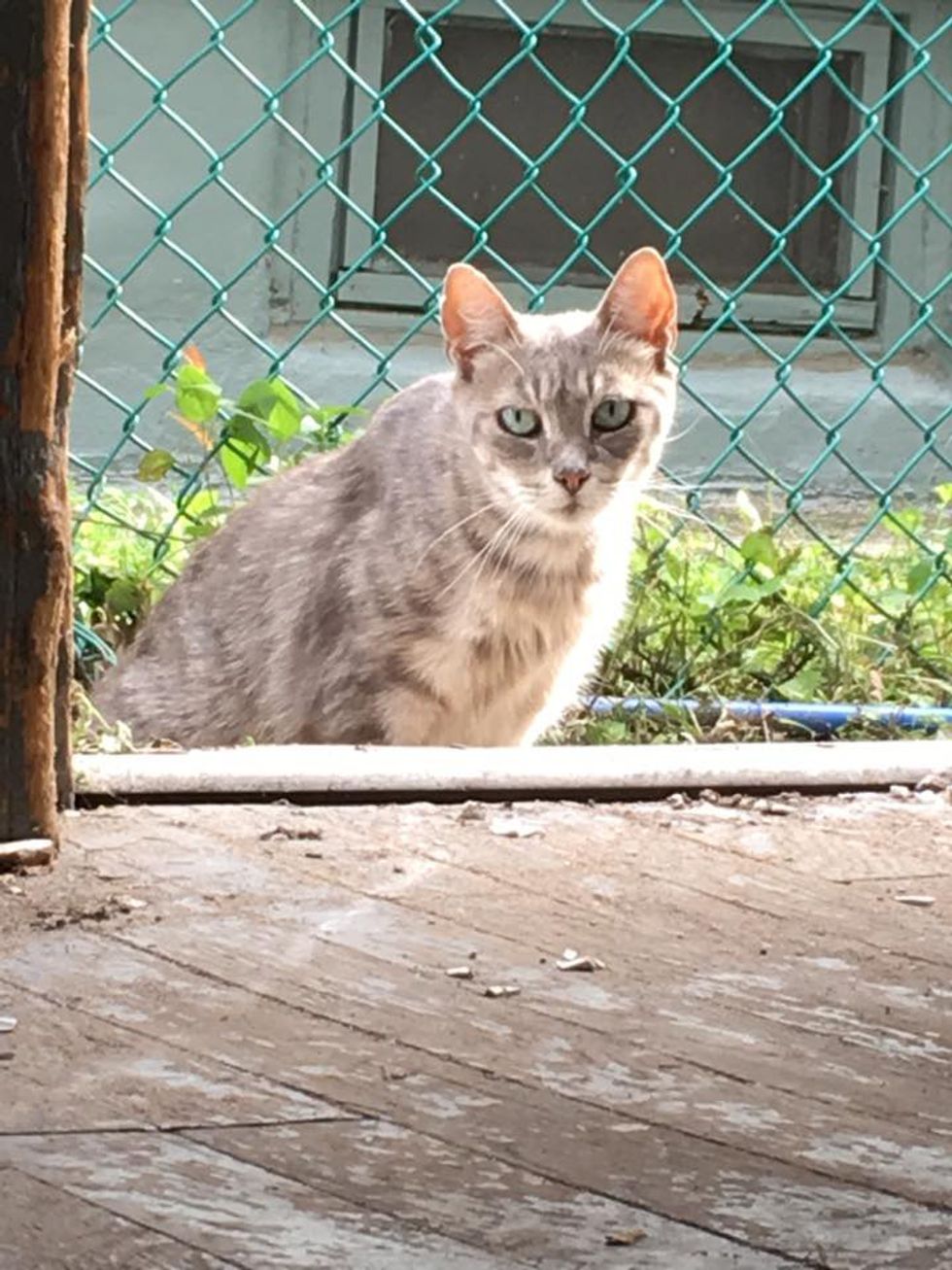 As the volunteer was petting her, she took the opportunity to grab the mama and bring her in a carrier. Mama was a bit spooked but quickly settled down after a few minutes.

When they arrived at the shelter with the cat mom in a cage, they slowly introduced her babies back to her. 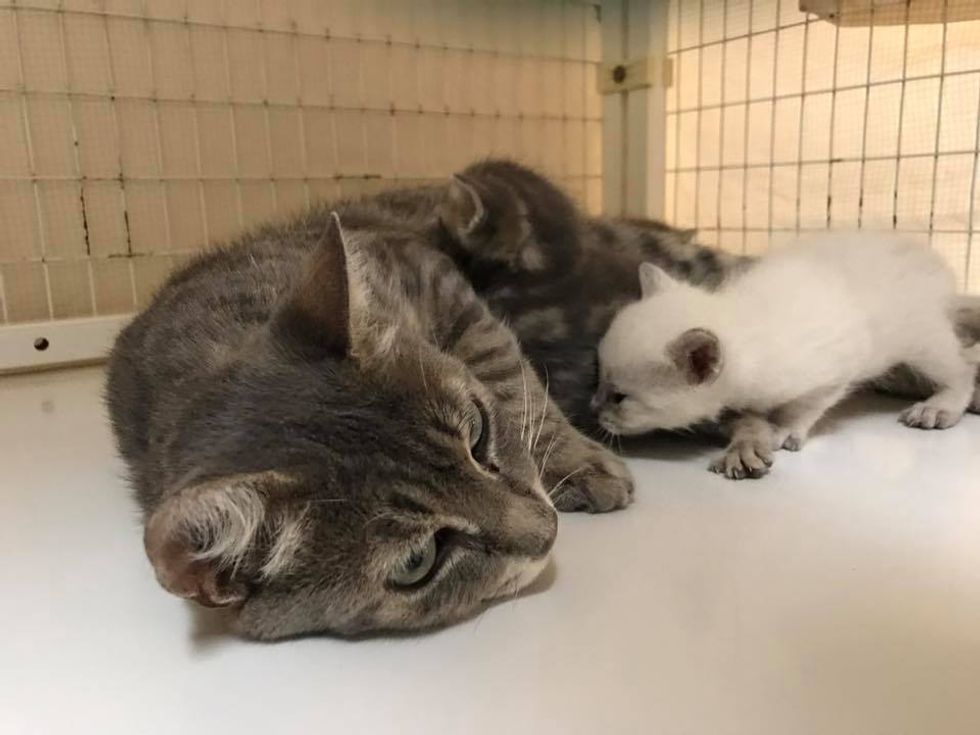 "As mom heard their tiny meows, she started to meow back. Within a few minutes the babies were snuggled with mom and nursing."

Mama cuddles with one of her kittens in her arms. 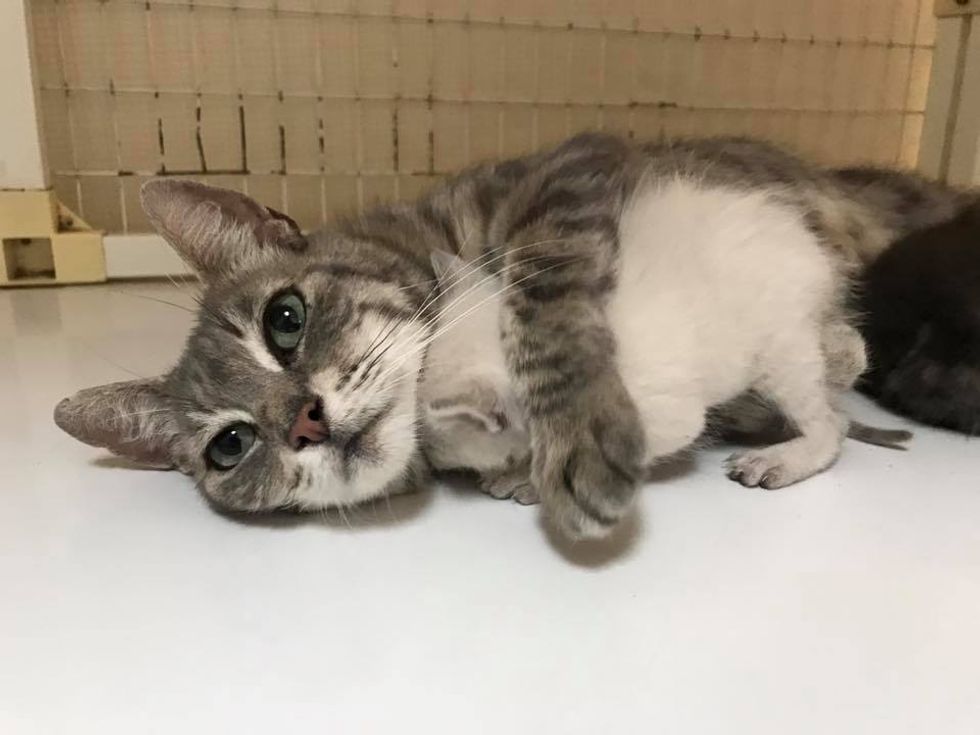 For the first time in their lives, the kitties have a safe, warm place to stay and plenty of food and care from their human friends.

Mama slowly came out of her shell knowing that they were in good hands. 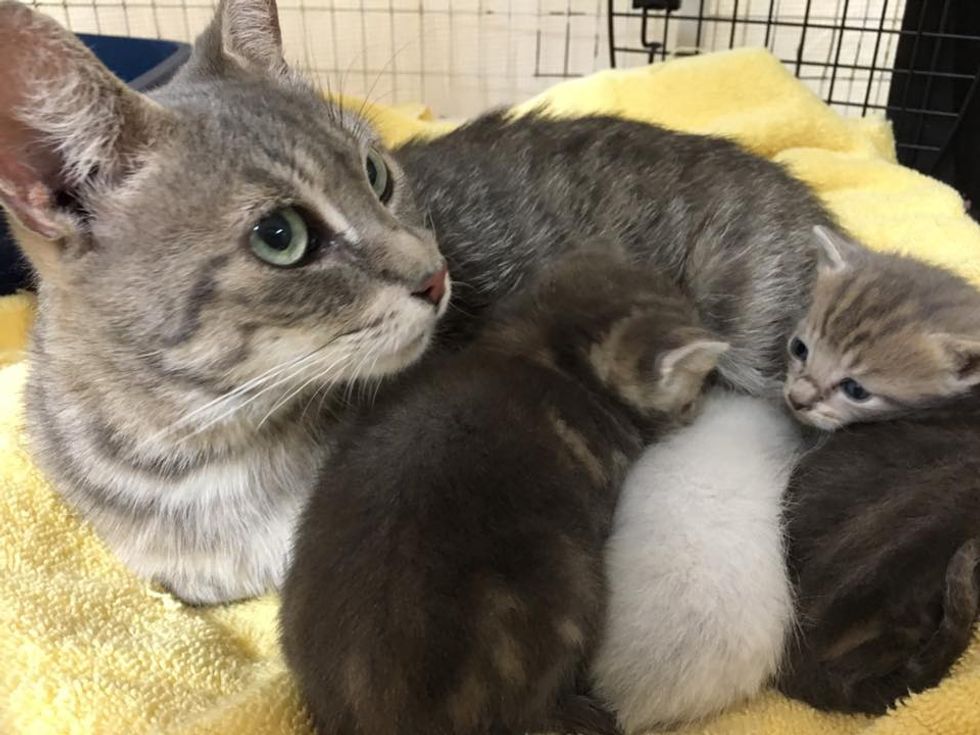 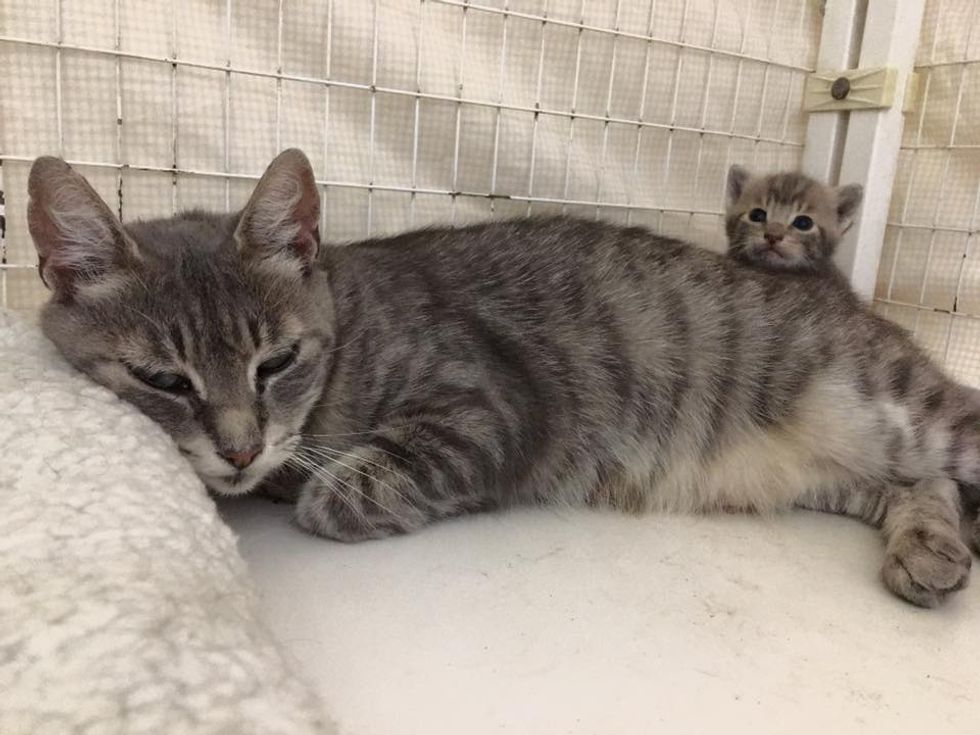 Mama no longer needs to worry about finding food and shelter for her babies.

With help from HAAL rescuers, they are now snuggling and thriving in the comfort of their foster home. 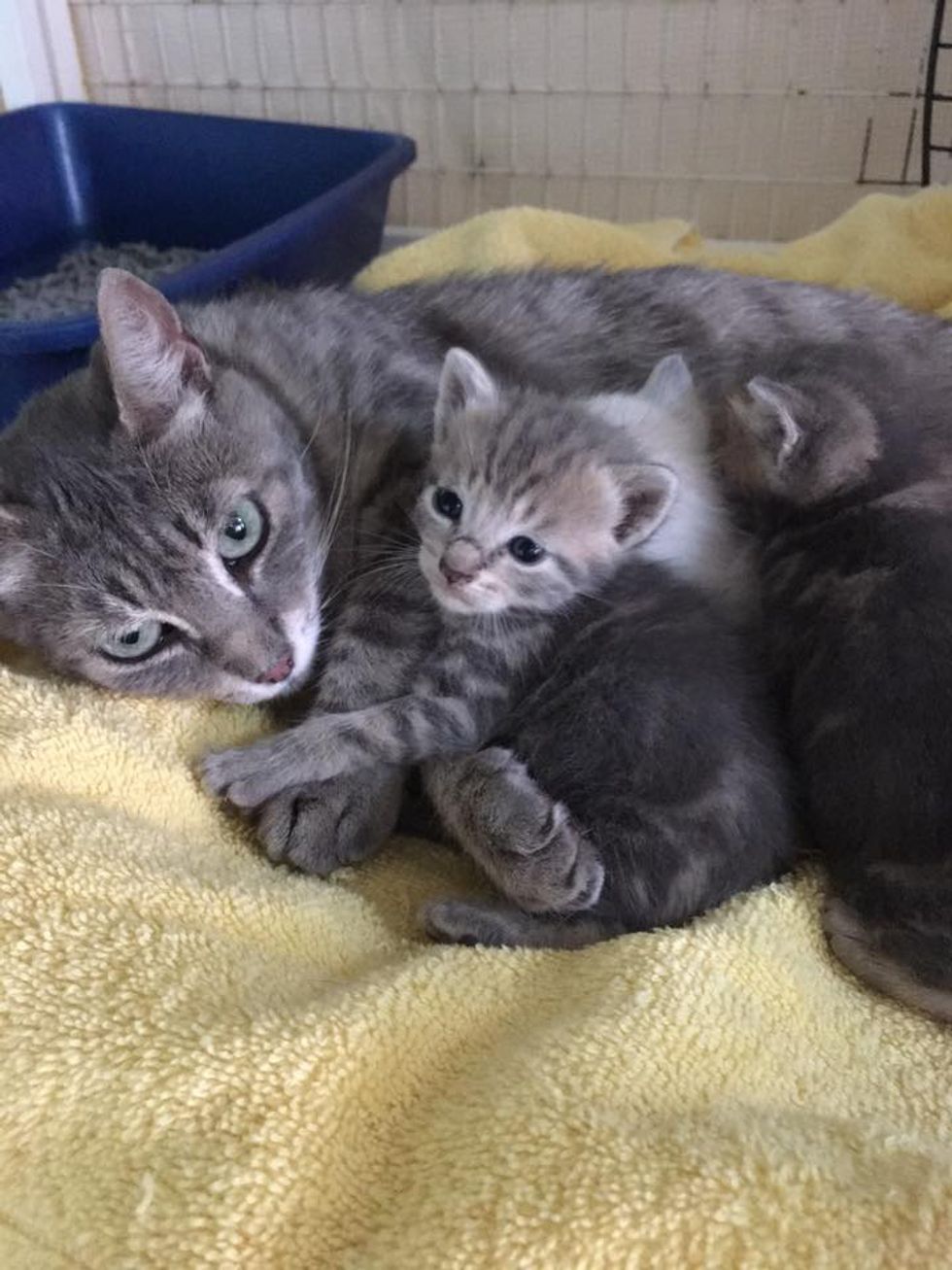