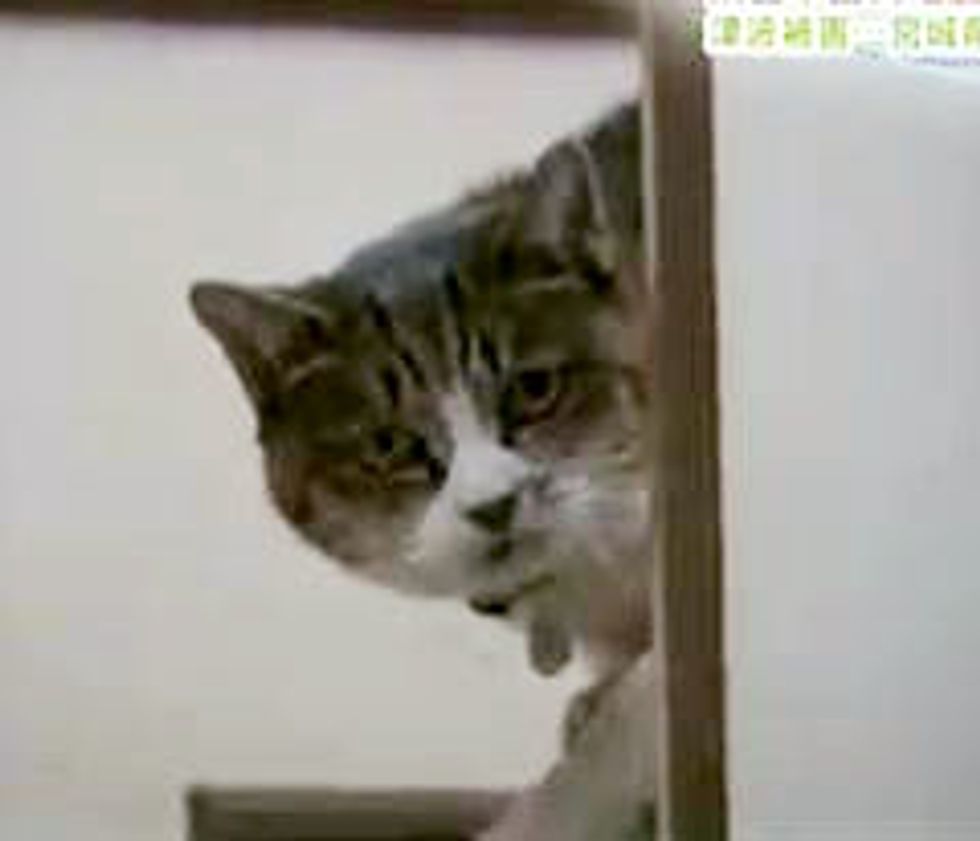 A woman returned to her house that was devastated by the earthquake and tsunami to look for her cat.

She was shocked by the damage in the house as she was rummaging through the rubble. While she was talking to the reporter, a miracle happened. Her cat came out from the stairs and started meowing.

Non-non the cat was hiding upstairs when the tsunami hit. The little one survived.

Though the kitty was still a little shaking and overwhelmed by the whole disaster and afraid to come back downstairs, it was absolutely heart-warming and hopeful to know that Non-non made it safe.

Voiceover: After the earthquake, the citizens return to their changed town.

Woman: I had a cat, and when the tsunami came, I looked for it. But I couldn't find﻿ it, so I had to escape.

Voiceover: When they go into the house...

Man: So what was this room?

Woman: This was the dining room.

Man: That's a tree from outside?

Man: That's great! It looks like it escaped to the second floor when the tsunami came

Here is a picture of a woman who wouldn't leave without her cat: