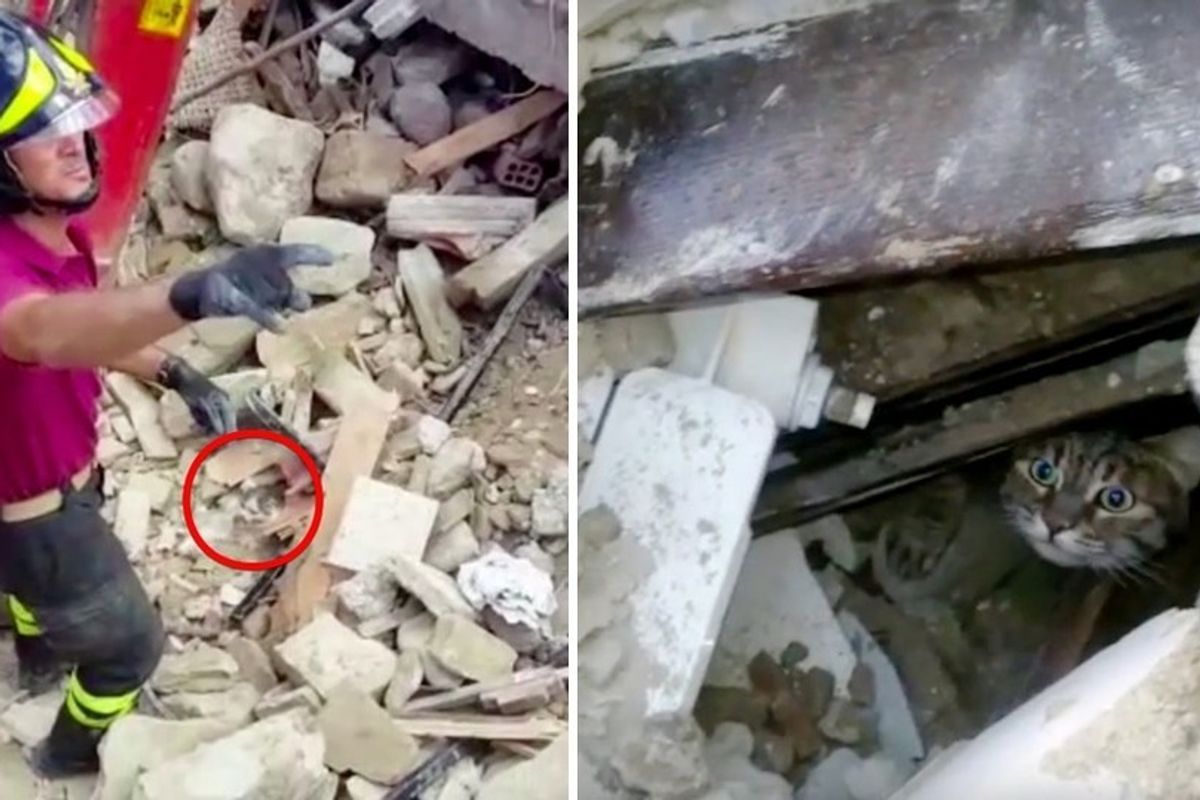 Miracle Cats Rescued from Rubble After Being Trapped for Two Weeks

Two cats were pulled out from the wreckage 2 weeks after the devastating earthquake destroyed their towns (Italy). 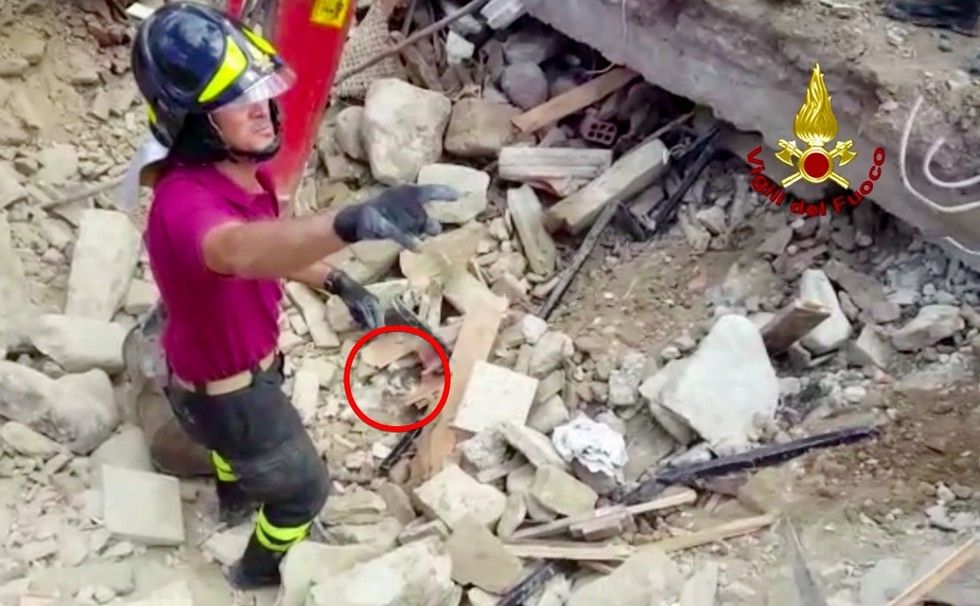 On Friday, a cat named Pietro was spotted buried underneath the wreckage of Amatrice.

Firefighters went for a search for the cat after his owners insisted they look for him. They believe that the kitty survived by drinking rain water dripping through the debris.

"For sixteen days, he lived in conditions that were incompatible with life, without food, with very little air, with a few drops of rainwater. And yet, despite all that, the cat Pietro survived," ENPA said. 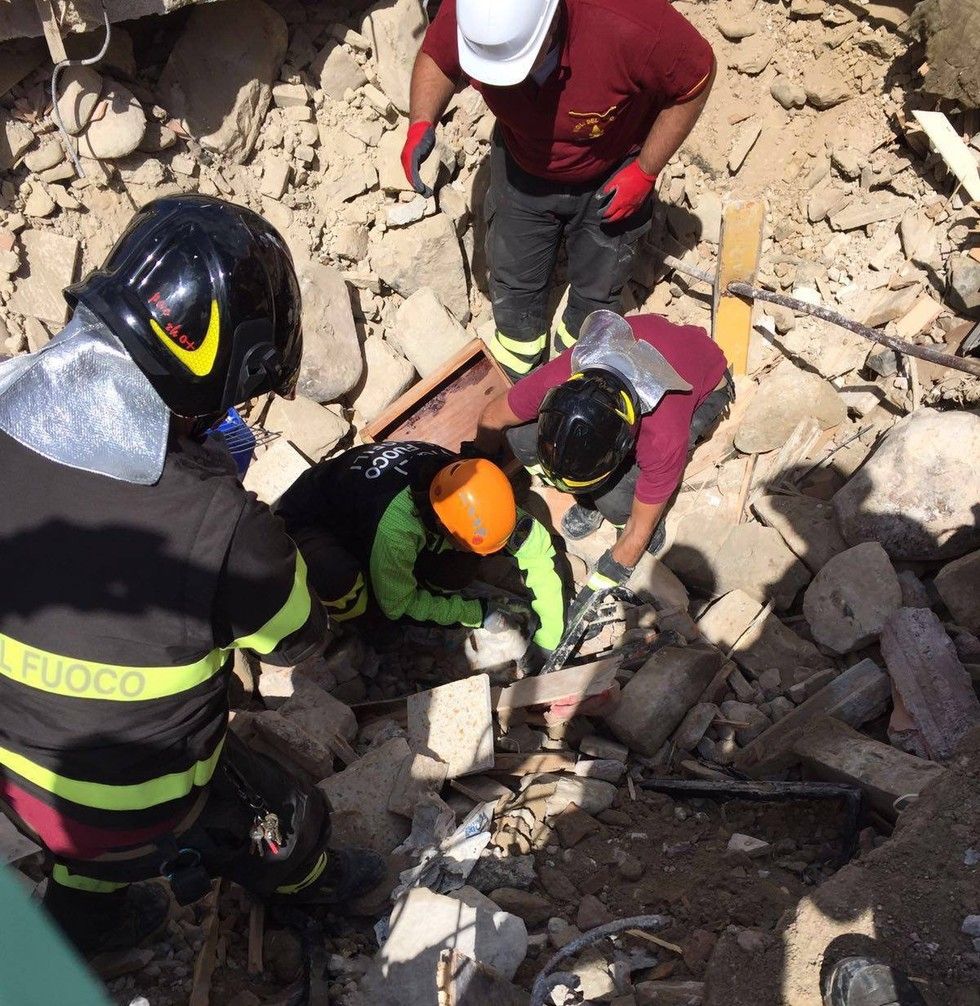 The kitty was very scared when firefighters tried to free him, so they covered his eyes with a towel to calm him down. He was in poor shape but after a trip to the vet, the kitty is expected to make a full recovery.

A day earlier, another cat was found trapped under the rubble in the town of Accumuli. 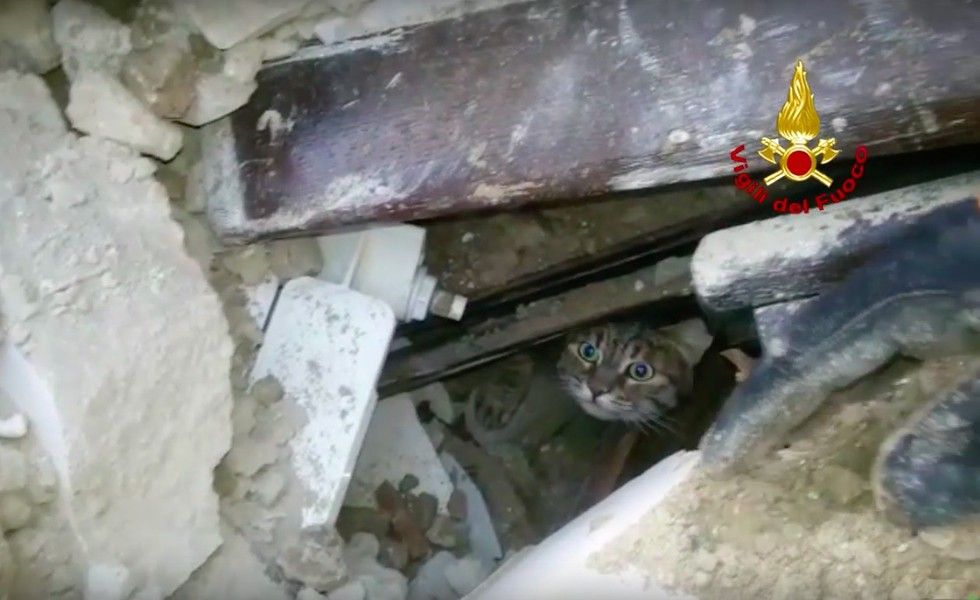 He was placed in a carrier with some food before being taken to a safe place.

The firefighter put the kitty in his arms for a few cuddles before transporting the tabby out of the devastated area.

Dozens of animals have been saved since the earthquake hit several towns on August 24. 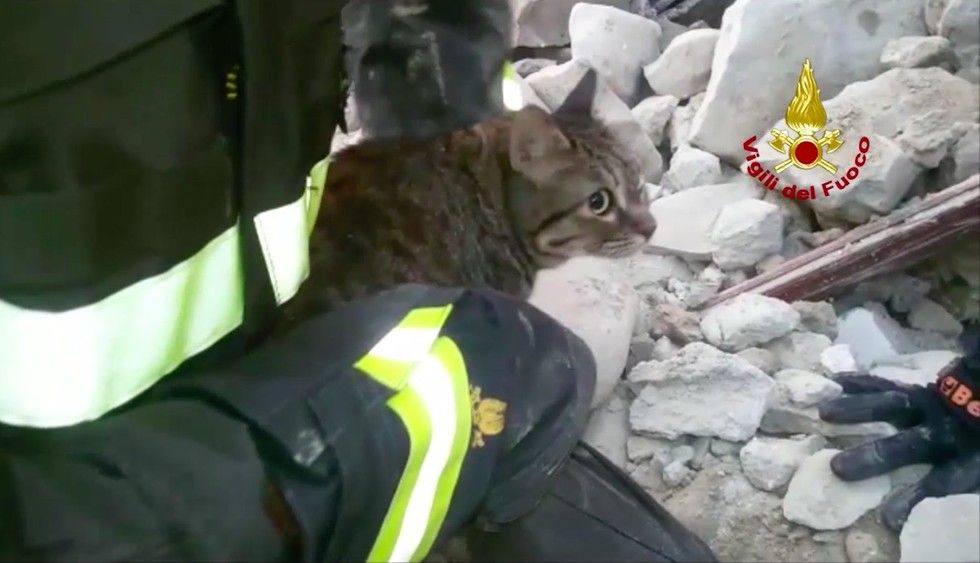 Both kitties are being cared for.

Pietro was in poor shape when he arrived at the vet clinic, but he is getting better and is happy to be safe. 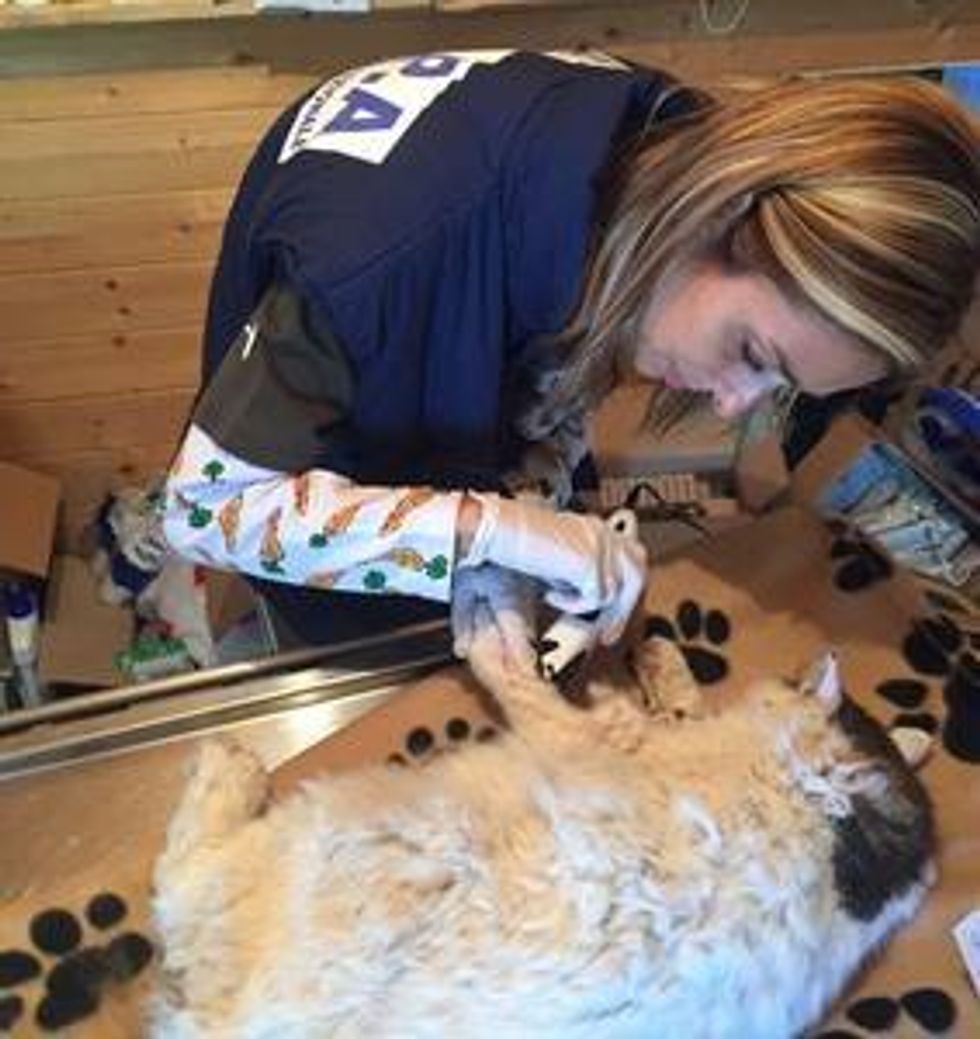