Cat Was in Such Bad Shape, They Called Him "Train-wreck", Now After Rescue...

A cat who was rescued from a hoarding situation, was in such poor shape that they described him as "train-wreck", but his spirit was unwavering. 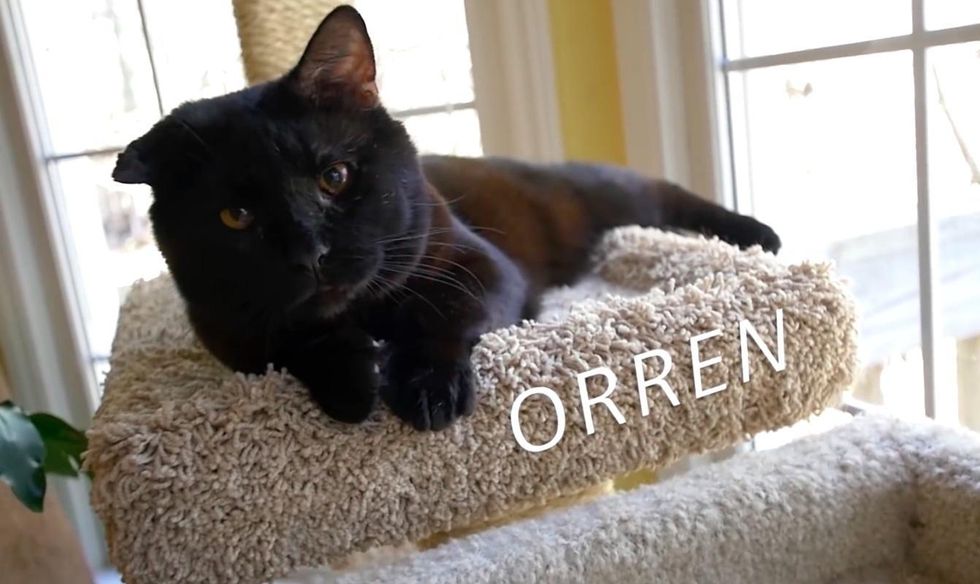 Orren was one of the 150 animals saved from a Chatham County, North Caroline property.

As soon as the HSUS Animal Rescue Team walked into the room where he was at, they realized just how special and friendly he was despite all the odds against him.

"All you could hear, even in an enclosure of 60 other cats, was him breathing, and him trying to breathe," one of the rescuers said. 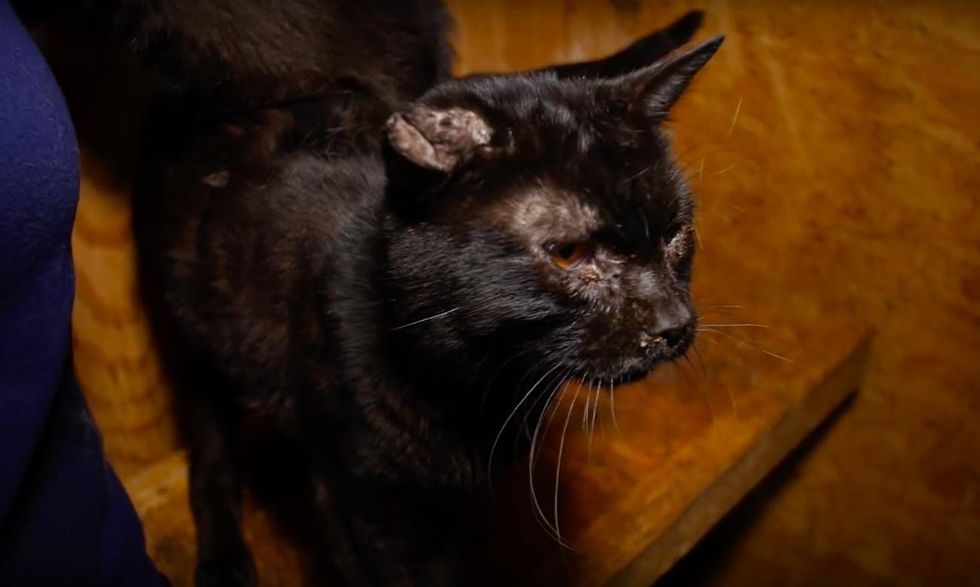 The sweet panther kitty was so happy to see the rescuers that he kept rubbing up against them as if he'd been deprived of love. His face turned into pure bliss when they gave him head scratches.

"When you opened up the door, he was like 'I'm ready to go… I have been waiting for ya.'" 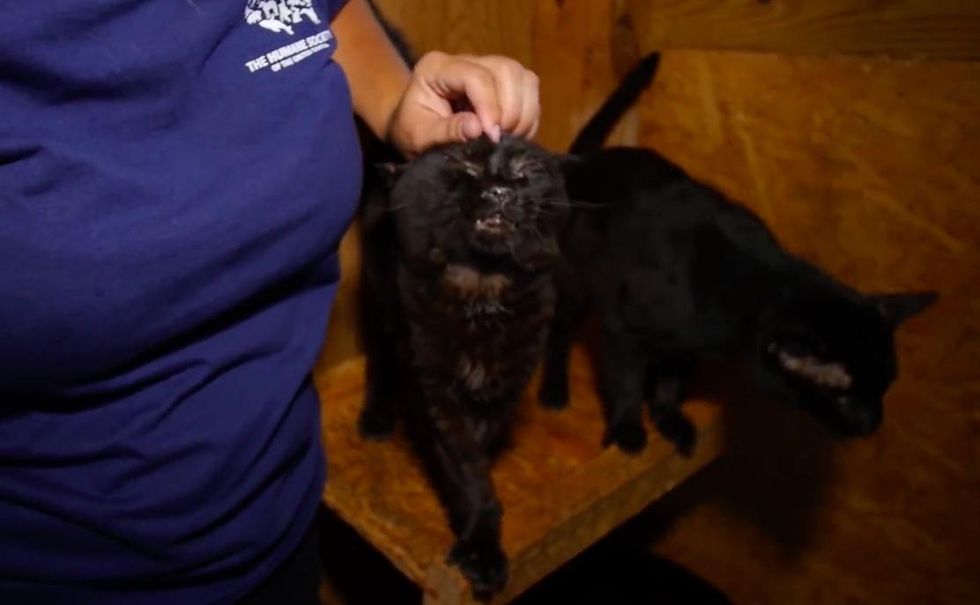 It didn't take long for the vet team to notice the severity of his health issues. Orren came with a long list of ailments so bad that they called him a "train-wreck" cat.

The sweet feline could hardly breathe due to a chronic upper respiratory condition. He was covered in ringworm, had chronic eye and nose drainage. One of his ears was all crinkled up, and he had a heart murmur, severe arthritis and malformed back legs. 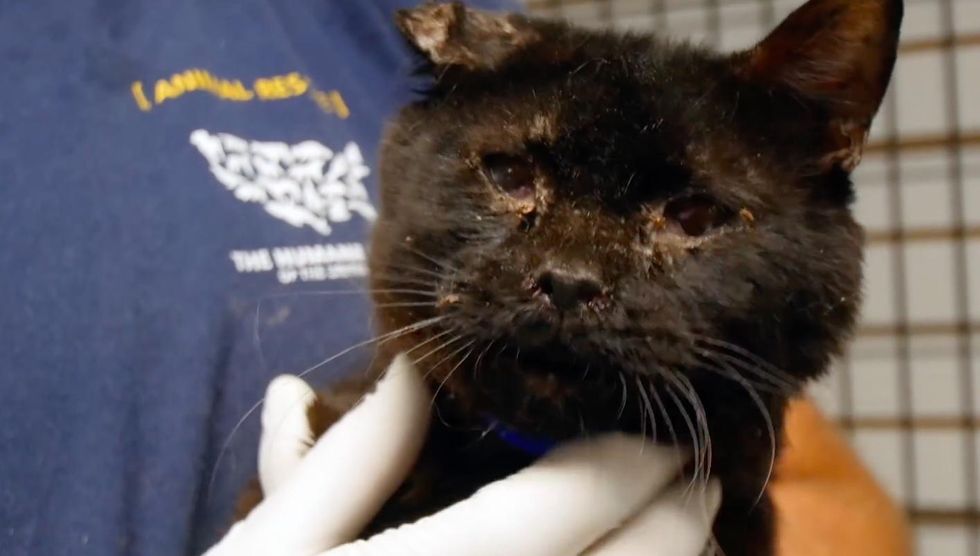 Despite it all, Orren hasn't stop purring and snuggling since he was rescued. Sherri Orner of SAFE Haven for Cats took him in, and the affectionate little guy quickly crept his way into everyone's heart.

"As soon as I got to know Orren, I said, 'I've just got to have him'," Beth Lindsey, volunteer of SAFE Haven, said. "He's just such an engaging creature. Just amazing that he is so mellow and so sweet considering the circumstances he came from." 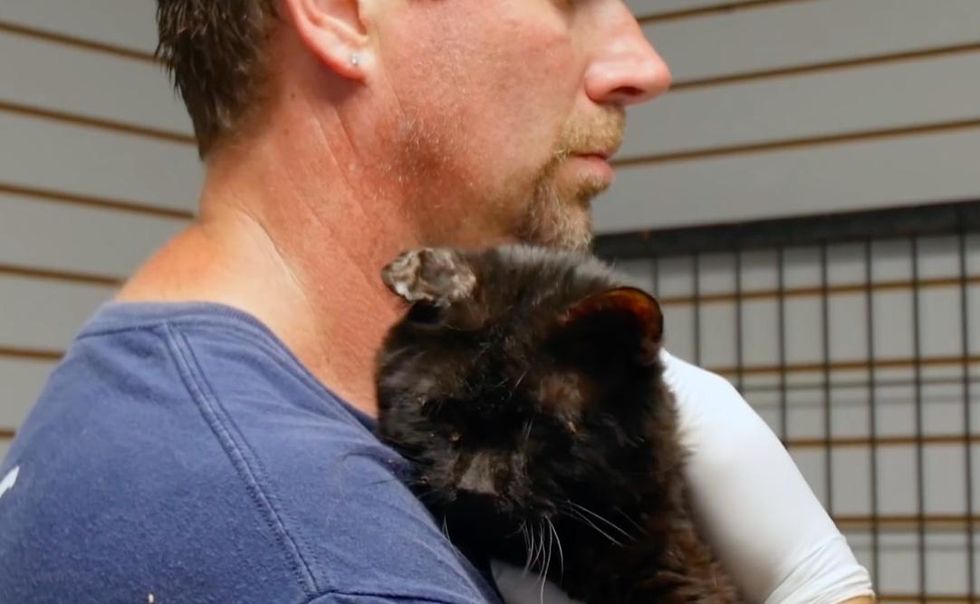 Orren never made it to the adoption floor.

"He had been through a lot and I wanted to make sure he was gonna end up with somebody who really understood him and Beth certainly did. She spent a lot of time with him here," Sherri said. 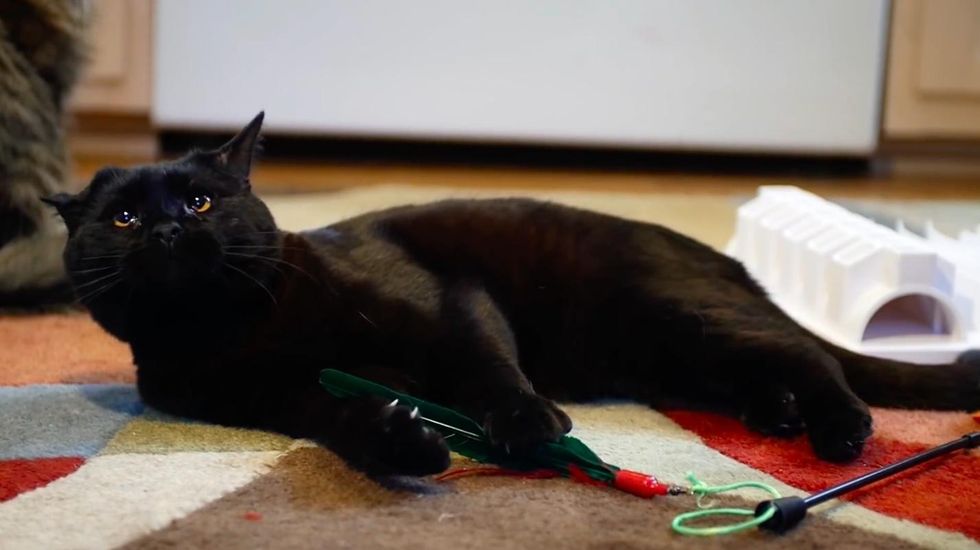 Before he left for his forever home, everyone at SAFE Haven signed his carrier that he was first brought in.

"Everybody that loved him and knew him was able to sign the carrier… It was just very rewarding to see him go to a home," Sherri said. "He touched all of us."

Watch Orren's story in this video:

Despite his past, Orren still trusts and loves people. The sweet boy has so much to give.

Orren is now living the life he always wanted. He is so happy to know that there will be breakfast waiting for him in the morning, furry friends to play with and his forever humans to cuddle and share his life with. 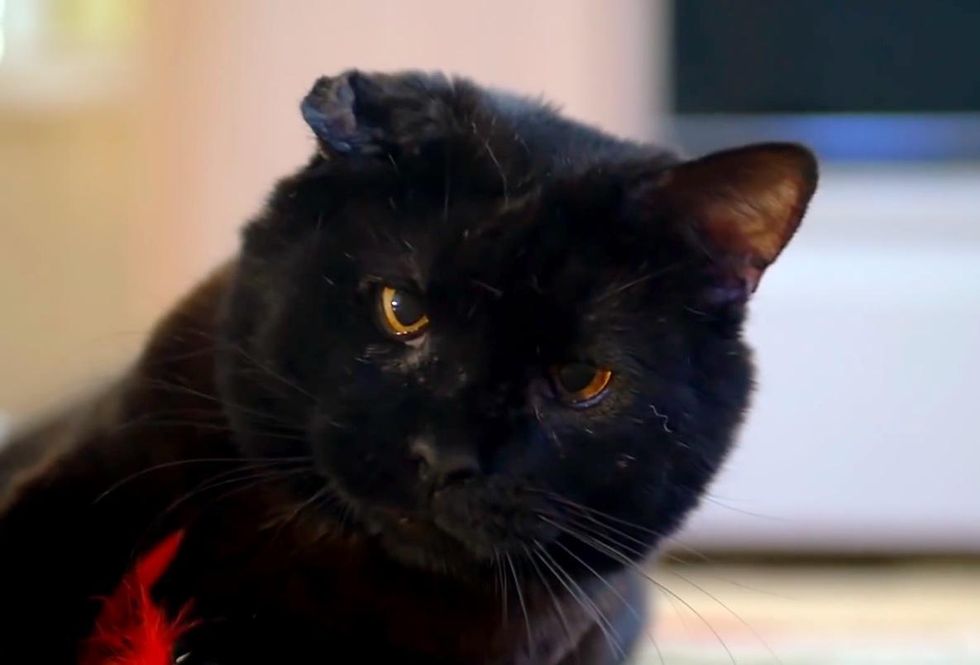