Families in 100 Mile House, British Columbia were forced to evacuate due to a wildfire threat this month.

Shannon Kowal and her family were amongst the many that had to leave town due to the heavy smoke, and they couldn't leave their pets behind. 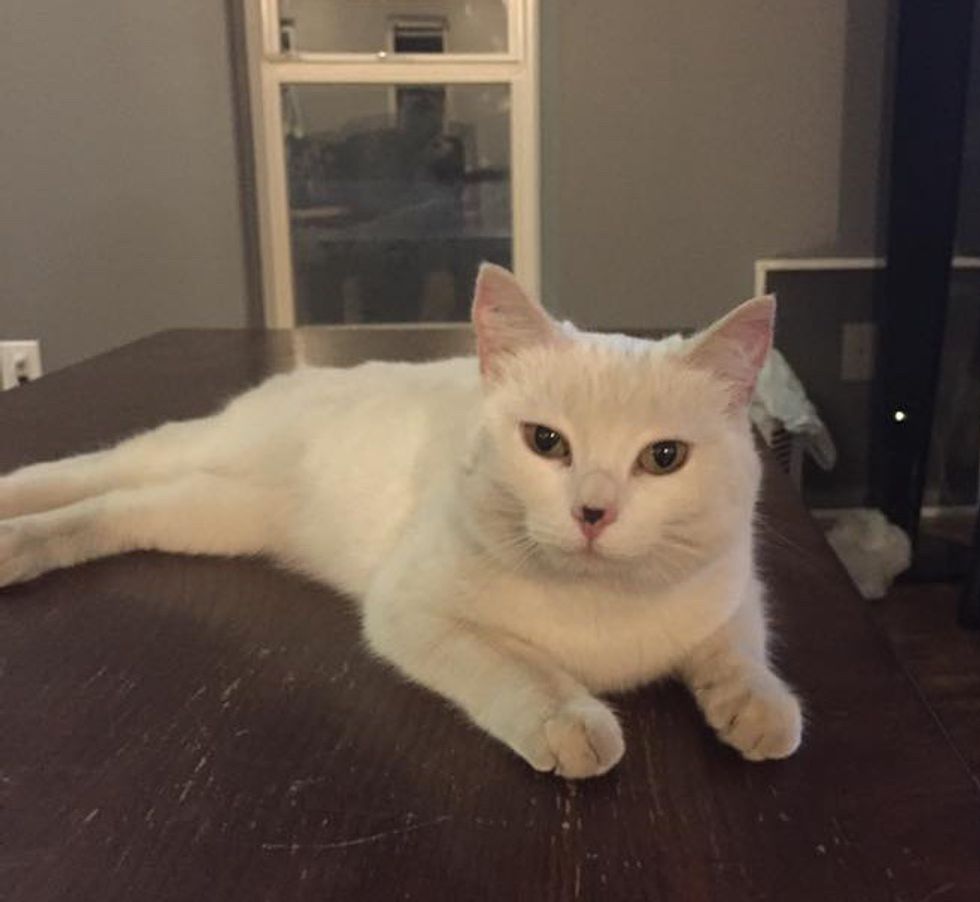 With seven dogs and two cats, they needed help, so Shannon's brother, who didn't need to evacuate, offered to look after their cats. One of them, Ivy, is very close to Shannon's six-year-old daughter, Kinsey. They share an inseparable bond.

"Kinsey and Ivy are best of friends. She is the kind of cat that tolerates anything and follows my daughter around like a puppy," Shannon told Love Meow.

After they had their cats transferred safely to their relative's home, Ivy had a plan of her own. "The day after we left she went missing so she very well could've been trying to find us." 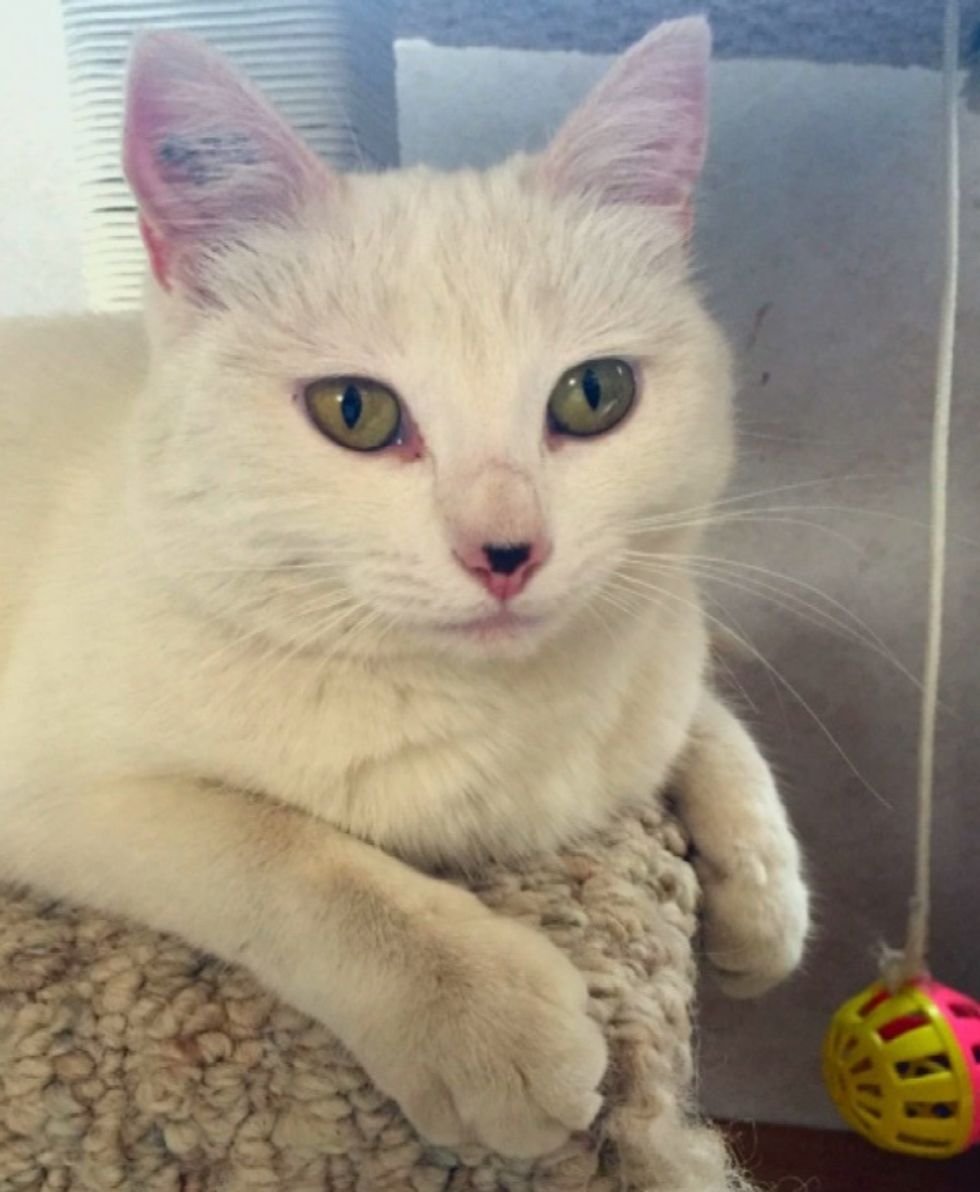 Kinsey was crushed when she learned about what happened, so Shannon posted a plea on Facebook, hoping someone from the area could provide some leads to finding their cat.

Many days passed by, but there was still no sign of their cat. "We were devastated and so sure we'd never see her again." 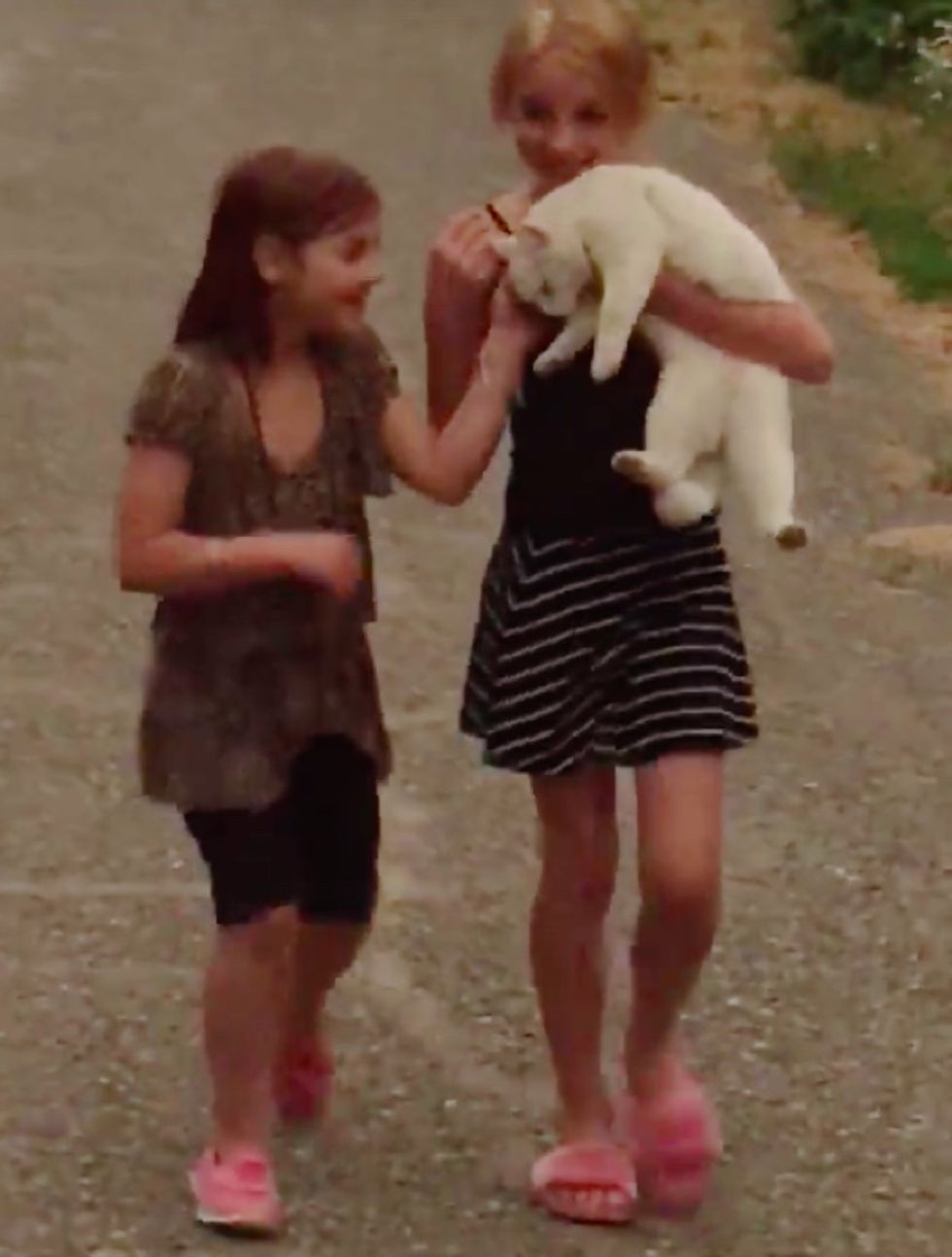 Two weeks after Ivy went missing, Shannon received a vague tip on Facebook that a white cat had been spotted a week ago on a road several kilometers away from where she was lost. Her brother took her daughters out on a search for Ivy. When they got to the location, Kinsey began calling for her best friend.

"To their amazement when Kinsey called Ivy she immediately came running out of the dense forest and into her arms," Shannon told Love Meow.

Ivy's fur was a bit stained by the smoke but was otherwise in good shape.

"She was so grateful to be home. She ate happily and spent a lot of time cleaning herself and snoozing on her scratching post." 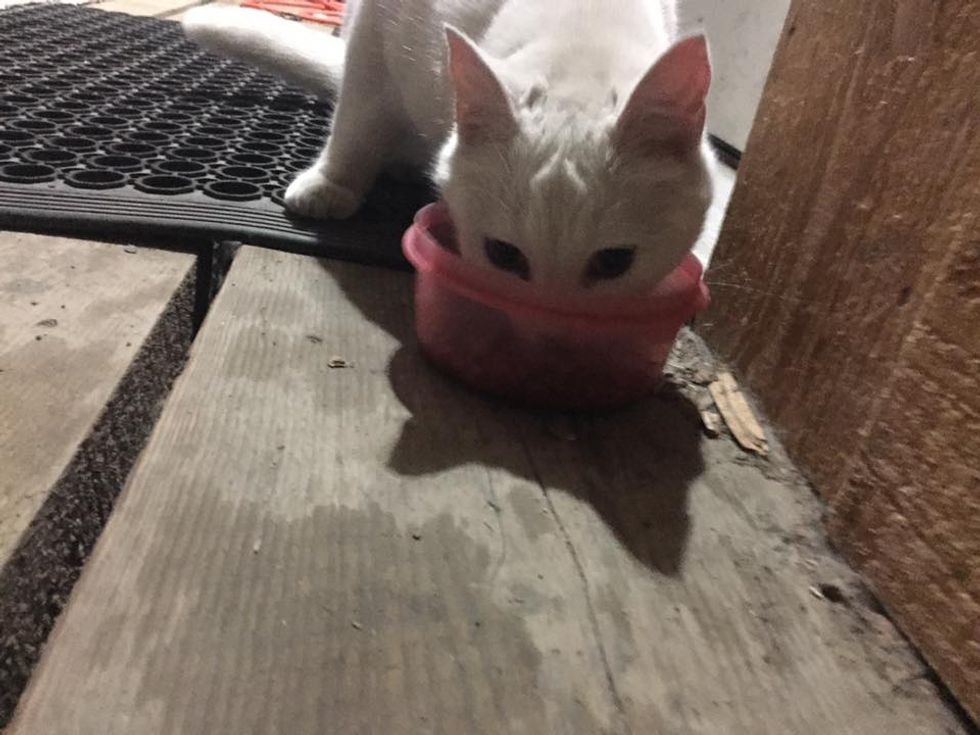 Sweet Ivy was over the moon when she was reunited with her best friend.

She snuggled up to Kinsey and gave her lots of love and kisses. 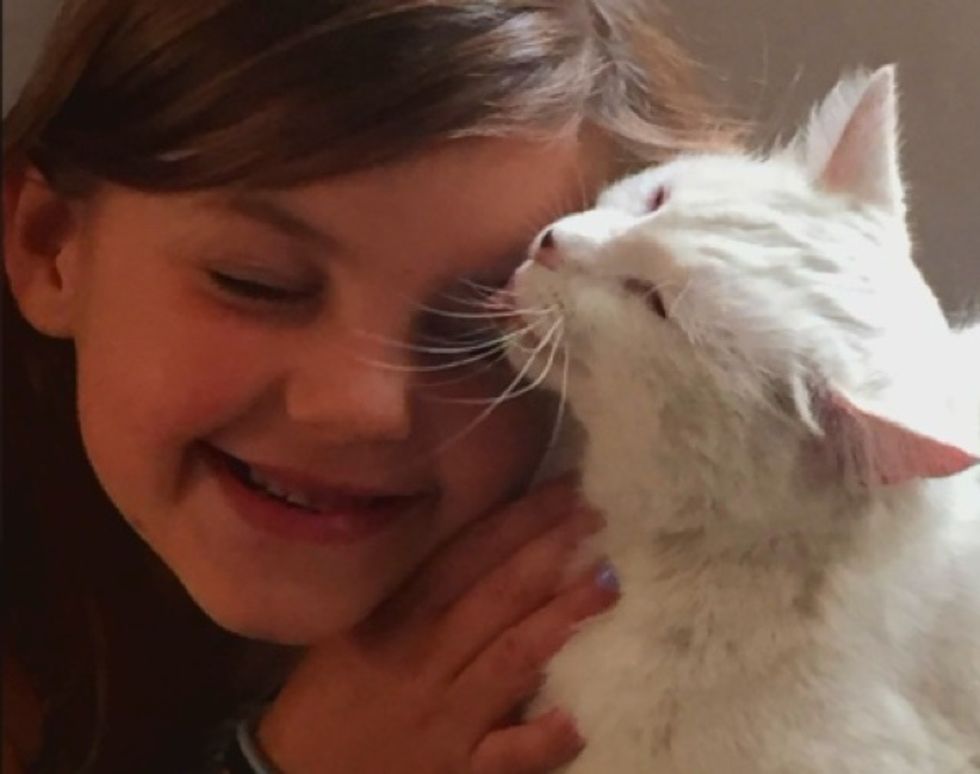 Ivy instantly ran out of the forest when she heard her human's call. The loyal feline might have also been looking for her best friend, and was so thrilled when she finally found her family.

"Life is back to normal again. Kinsey and Ivy are back to playing on the trampoline and building kitty forts," Shannon told Love Meow. 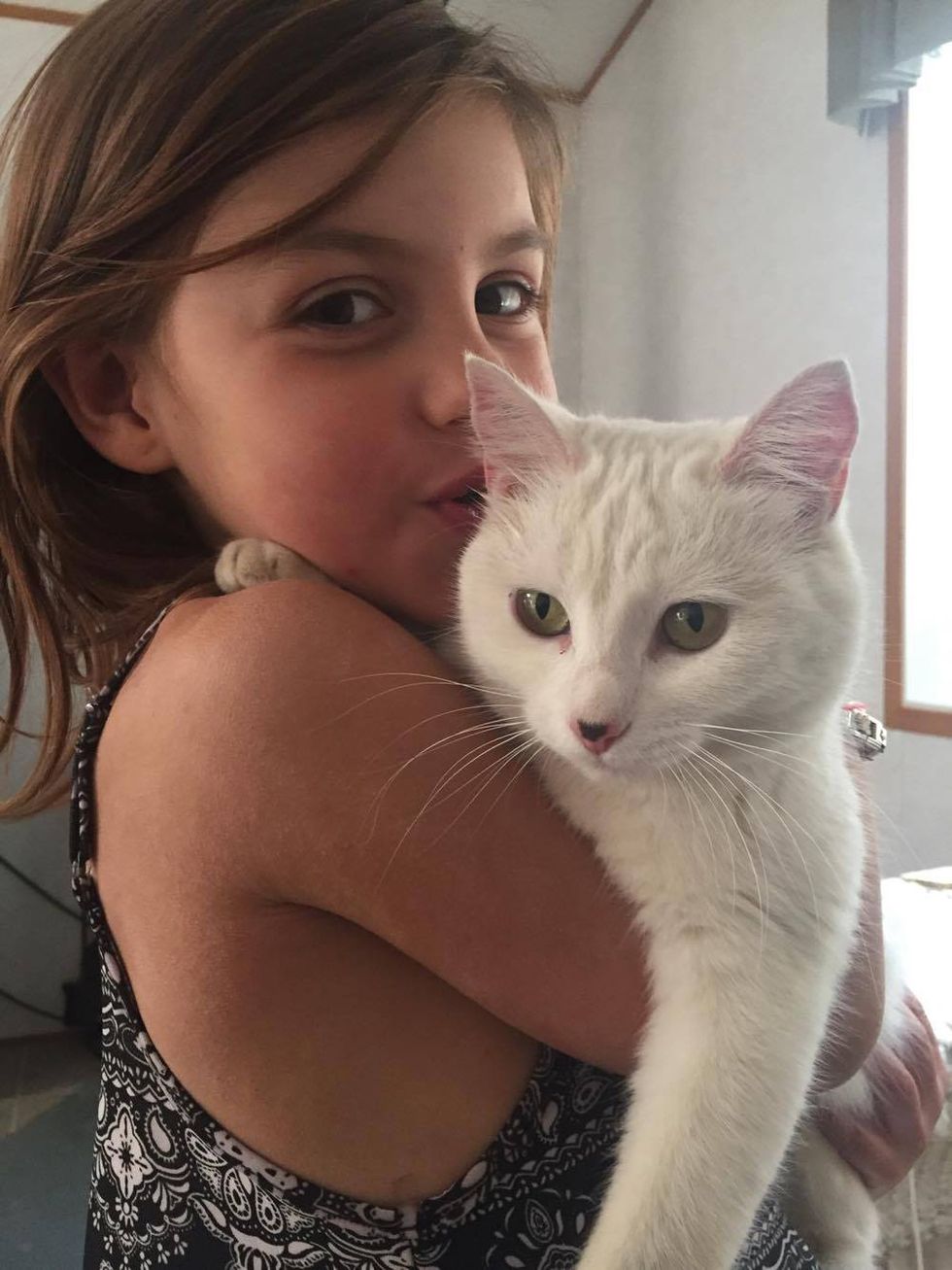 Related story: Canadian Airline Looks After Cat for Evacuee and Even Gives Cat Her Very Own ID