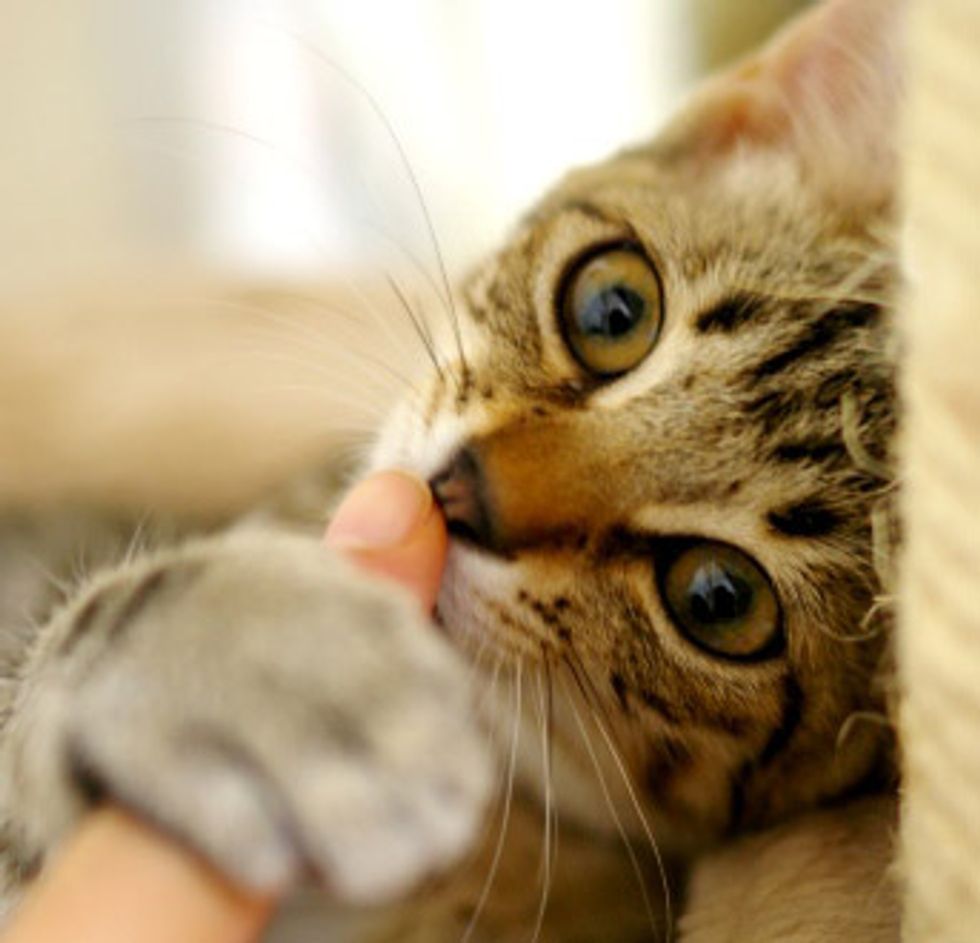 A little abandoned tiger kitten with only skin and bones was found crouching in the grass beside the roads one day. She was dirty, tired and hungry. When she was found, she started her tiny little cries as if she was asking for help. 10 minutes later, the little cold ridden kitten found her way to a new foster home.

She was named Choko which means Chocolate in Japanese for the color of her coat. Right before her arrival, two other kittens were also rescued and put into isolation room. They had to share the room together, but a fence was set up, so they would not have any contact until their medical was clear.

Choko responded immediately to any toys she was given to. She was around one and half months old at the time. It didn't take long for little one to learn how to climb like a little monkey.

She gradually gained her appetite over the next few days and it was such a relief for the foster parents to know that she was eating and getting stronger. As soon as she got more energy, her true character came out and her inner mischief maker personified. There was only one thing she wanted at the time - to be able to play with other kitties outside the room.

After many vet's visits, Choko's cold was gone and all the health issues were fixed. She got so much energy that a box of tissues wouldn't survive under her watch. Eventually she joined the rest of the furry gang in the house and soon she was bonded with her new fur friends. In the meantime, it was time for her to look for a forever loving home.

Choko is an athletic tabby girl with unbridled curiosity and never ending love for playing. She is a big snuggler and love bug with so much affection. It is not surprising why her foster parents were never able to let her go. The adoption notice they posted was scratched for good. Choko is there to stay forever.

Story and photos courtesy of Chika.

Choko is a love bug: