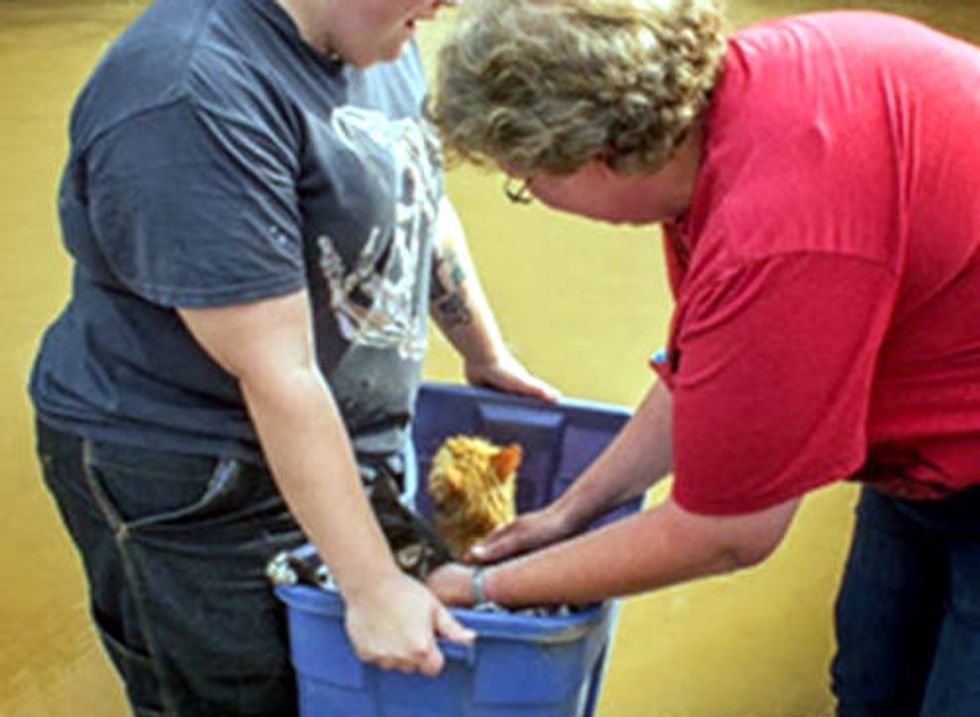 These cats were saved from the Colorado flood and were reunited with their family after being separated from their loved ones.

The Bella Vista Mobile Home Park on 37th Street was terribly flooded. A mother and a daughter were forced to be evacuated without their pets.

However, neighbors started their rescue efforts by using a raft to help collect animals that were stranded in flooded homes and reunited them with their humans.

When these kitties met their family again, it was an emotional reunion.

Neighbors use rafts to help collect stranded animals. A lady carries a blue tub filled with her cats rescued by her neighbors.

It is an emotion union when the daughter and the mother have finally reunited with their beloved pets.

They also found their beloved dogs along with their cats thanks to the neighbors who volunteer to help.

4 Kittens Found Just Days After Birth, Shower Each Other with Hugs Throughout Their Journey to Dream Homes

Cat with One Blind Eye Has Her Only Kitten Indoors Comfortably, and Hopes for Their Happily Ever After