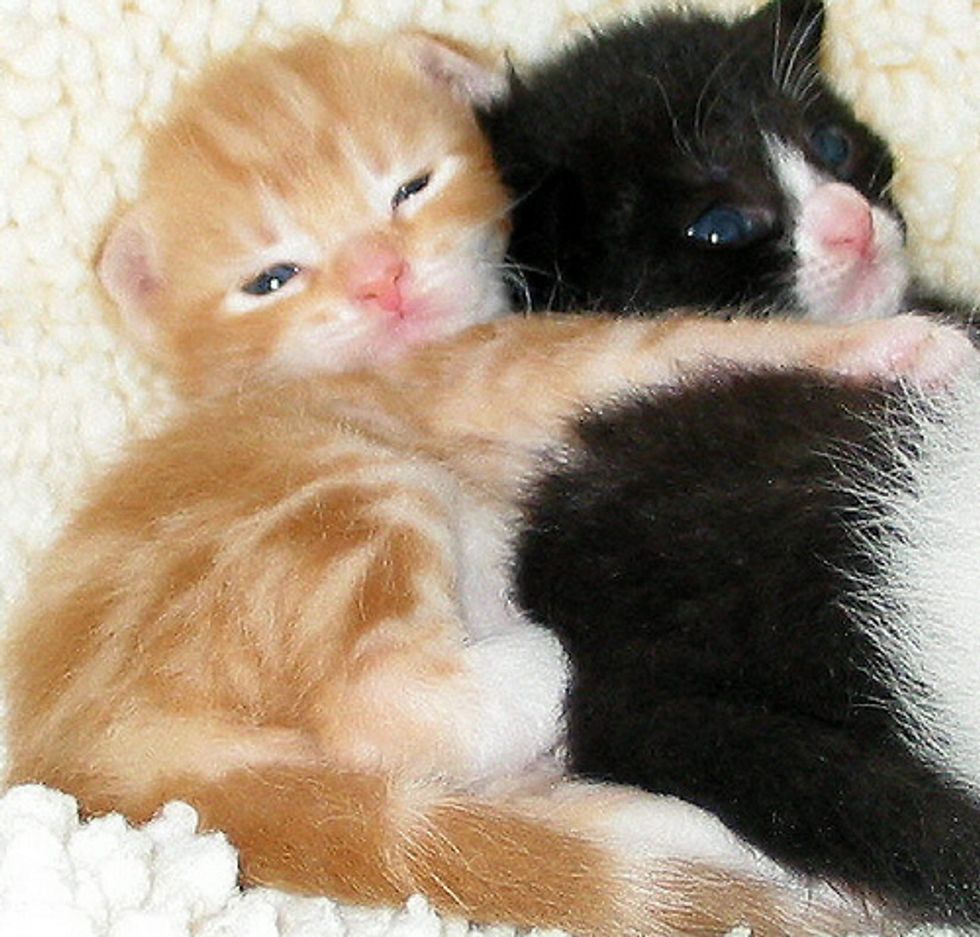 Will and his wife, Kathy, from California have volunteered for SPCALA for almost a decade. "This is our 9th year in the foster program and more than 300 of our fosters have been adopted. Besides fostering at home we spend a lot of time at the shelter helping to get the cats and kittens adopted."

"SPCALA makes it easy for us to help save animals and provide people with companions and family members. They have the best adoption facility in Southern California and a very helpful staff. They have an educational department that provides classes for almost everything that us volunteers do."

"This is primarily my wife's hobby. We have turned three spare bedrooms in our home into kitten rooms. The most fosters that we have had at one time in our home is 19. We back up each other in these efforts. For example the last set of 7 that we took back to the shelter several weeks ago were primarily my babies because my wife had just too many other things going on. We had them from 3 weeks old (bottle babies) to more than 3 months old. I was lucky that I did not have any serious illness to deal with, not like the group before them."

"At the Long Beach facility where we volunteer, Long Beach animal control takes in the animals and handles a variety of animal control services. SPCALA runs the adoption center. SPCALA staff routinely gove over to the Long Beach side and chose the most adoptable animals that we have room fore to come over to the adoption center. There are other organizations that take some of the animals that we cannot. Kittens that are too young to be put up for adoption go into the foster program if there is room. We are rarely told anything about how any of the animals come to be in the facility. I assure people that all of our kittens originally come from mother cats."

"I am alergic to cats and an asthematic. I told my wife before we got married absolutely no cats and in my marriage I rule. But yes we have cats. One of our cats we found on our front porch during a rain storm and we have been trying to find him a home for the past ten years with no success. Of course he has been like a brother to our other male cat, the kitten my daughter brought home from college. the hardest part of fostering is having to give them up but because of the other cats we know that we cannot keep them. We look upon adoption as a form of graduation. Photography helps to keep them in our memory."