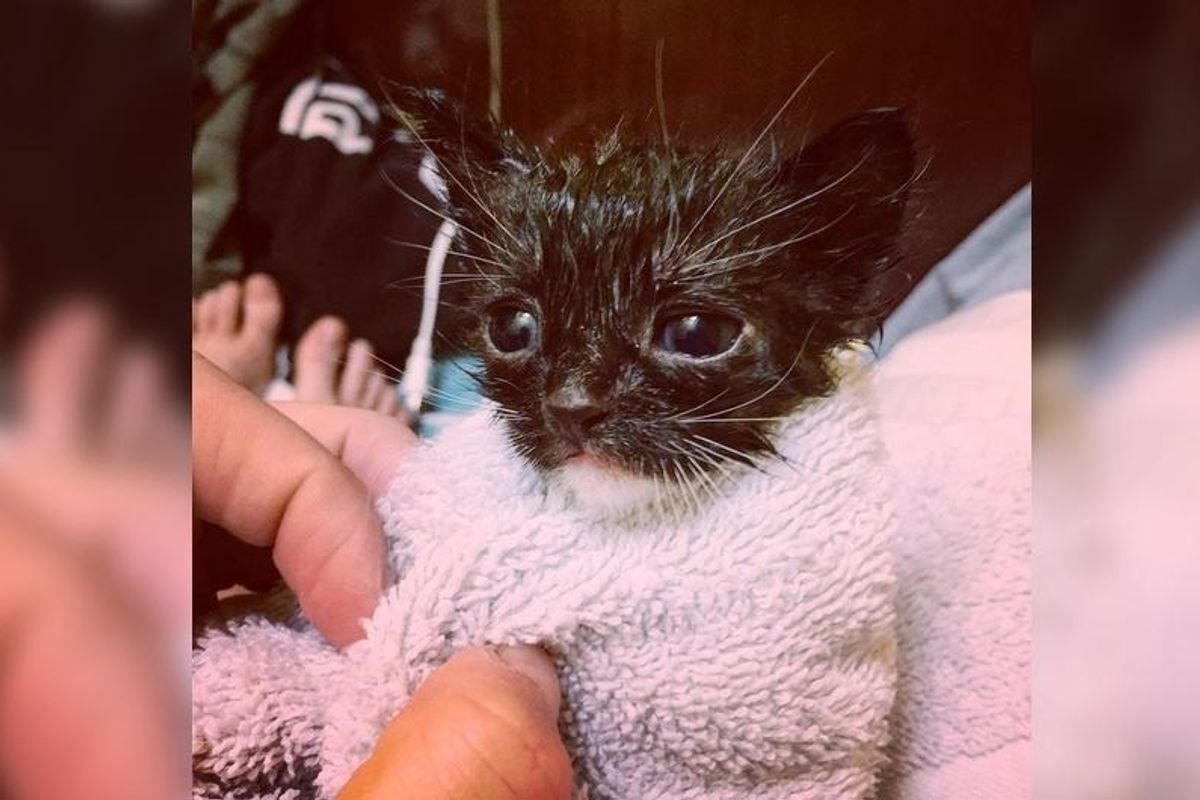 Couple Saves Motherless Kitten From a Field, What a Difference One Day Can Make...

A little tuxedo kitten was found abandoned in a field, wandering alone, looking for his mother... 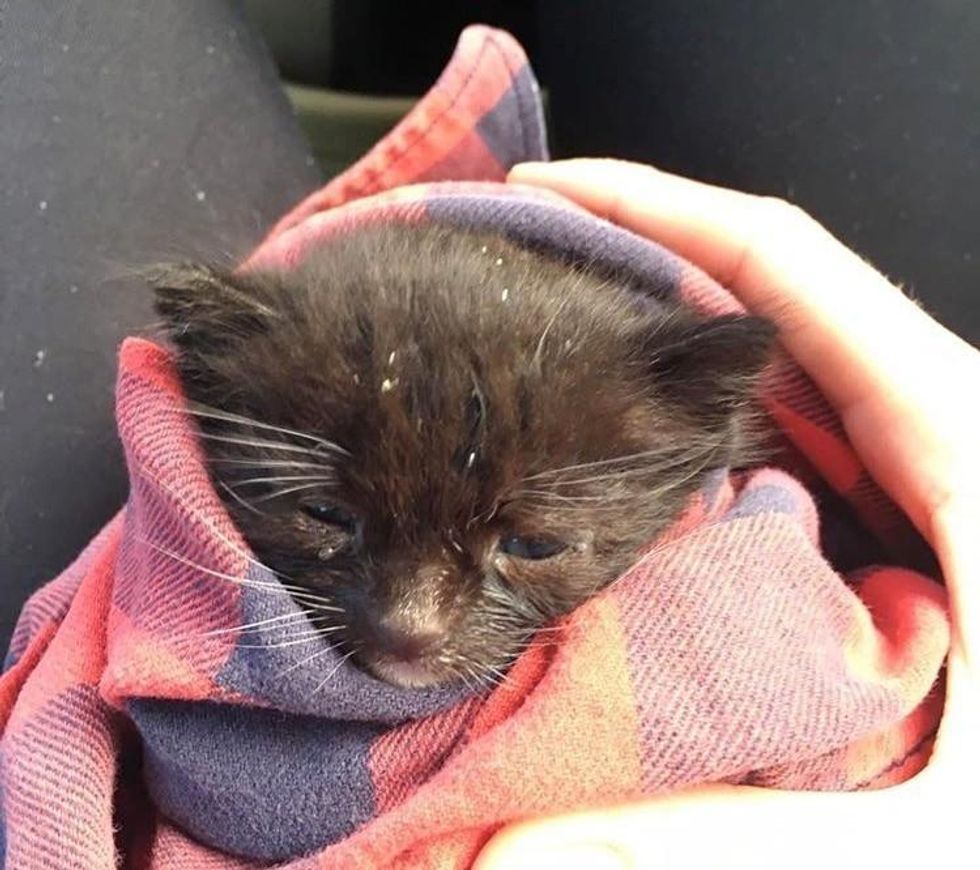 Laura Macaluso spotted the frail little orphaned kitten crawling in the field all alone. The kitten could barely meow due to exhaustion.

"I think because of the street, he lost the ability to meow," Laura told Love Meow.

After searching for other kittens and the momma cat, it was clear that Panda had been left behind. He could hardly open his eyes due to an upper respiratory infection. "He was severely dehydrated, so I took him in." 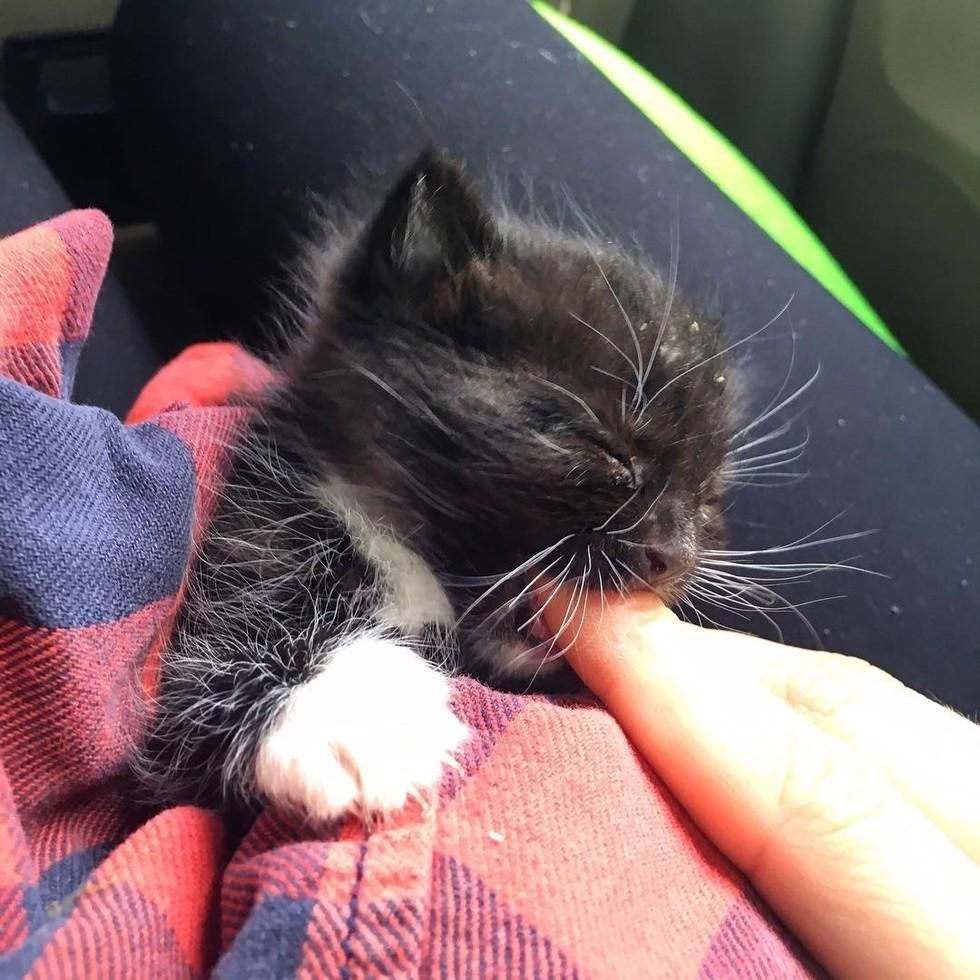 Laura planned to foster the kitten until he was ready for adoption, but as soon as her boyfriend Vincent met the little guy, he was completely smitten. 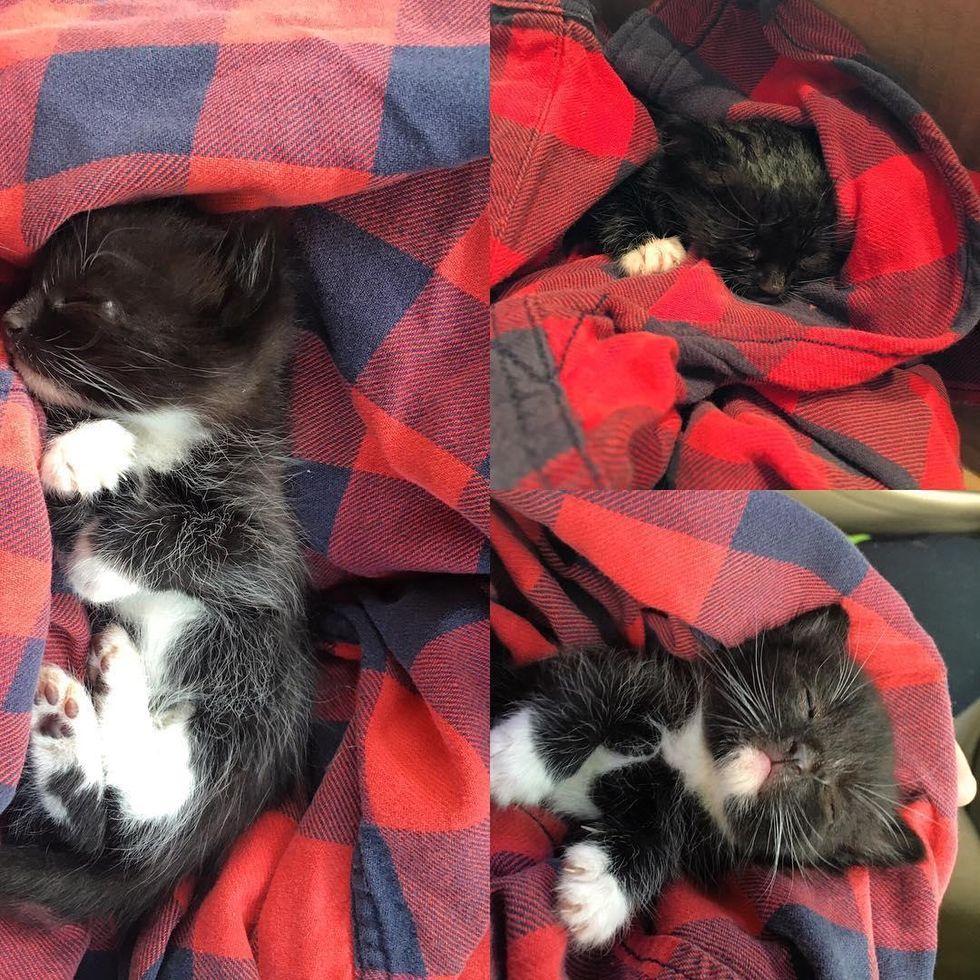 Panda was covered in fly eggs and ticks. They gave him a much-needed bath and fed him a bottle of kitten formula that he devoured. 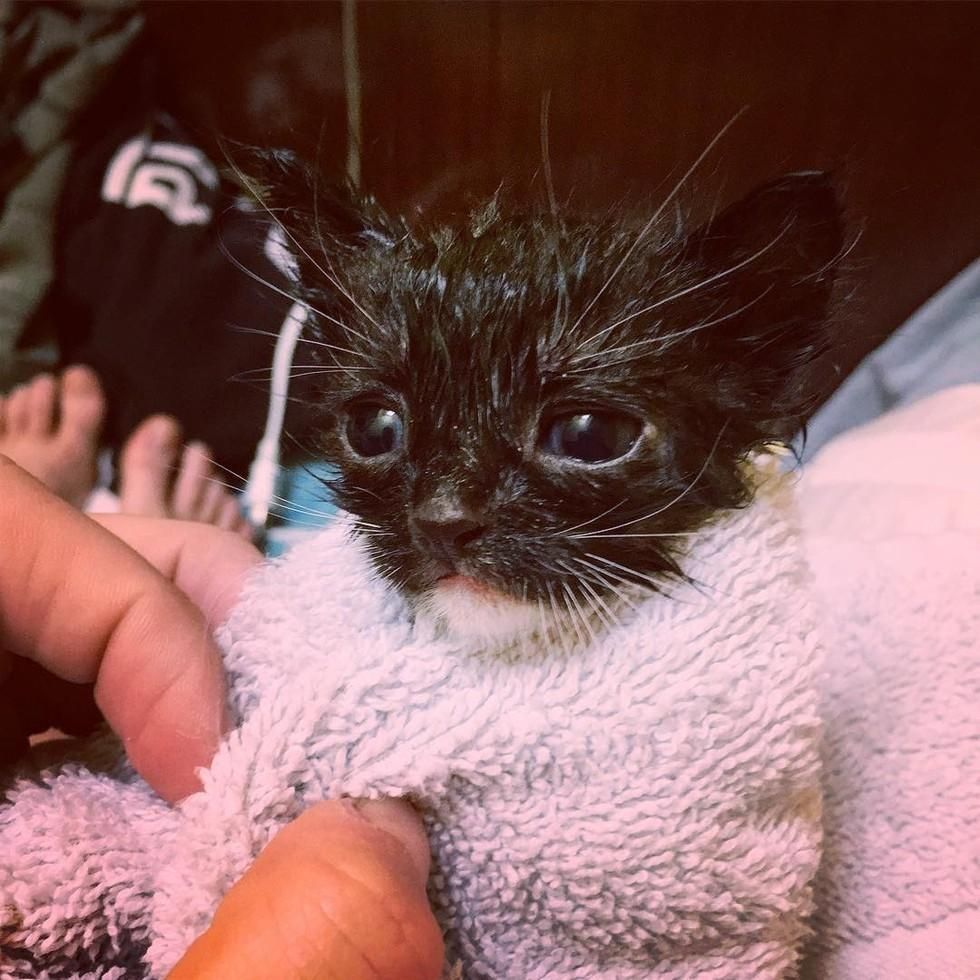 One day after the rescue, the kitten could stand up and walk!

Panda walking on four paws for the first time!

"He is still small for his age but is growing every day. I suspect he was the runt due to his size," Laura told Love Meow. 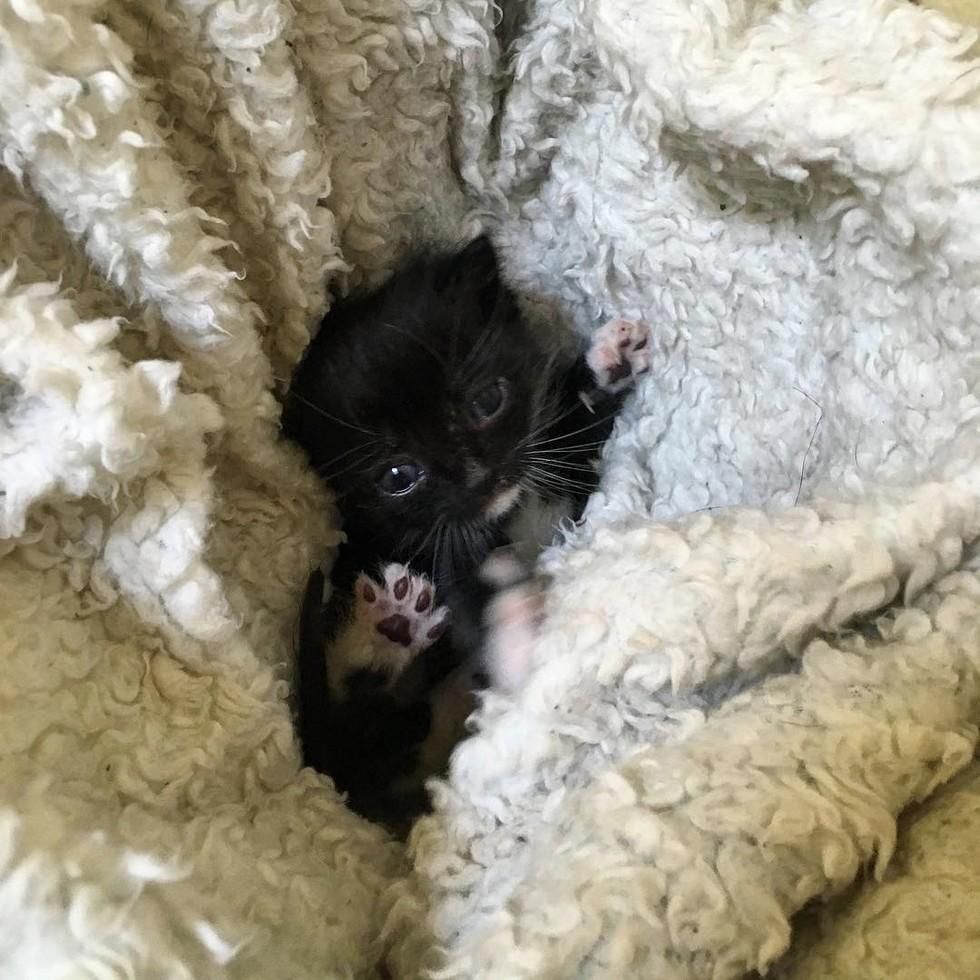 After every meal, little Panda liked to climb on his human dad's shoulder for a nap. He was so tiny and fit purrfectly in the crook of Vincent's neck.

Panda's purrs reverberated in his ear. It was the sweetest sound. 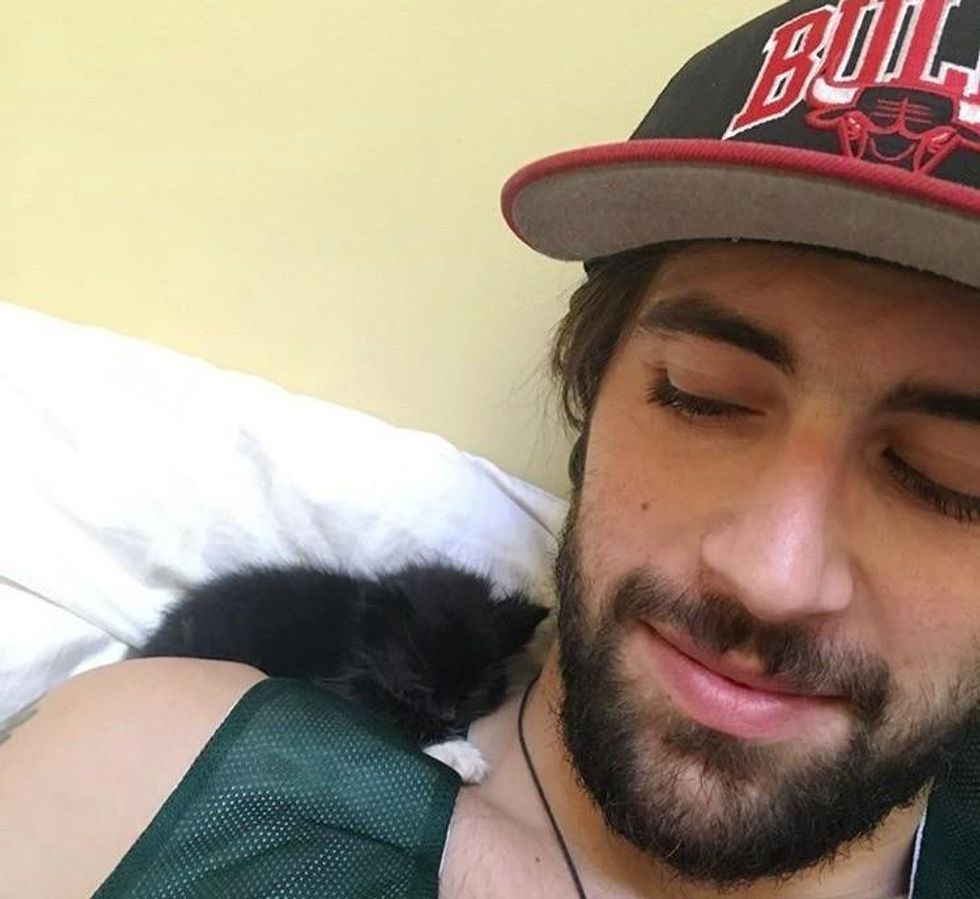 It was touch and go for awhile, but the little tuxedo boy fought hard and thrived!

"On July 3rd we had a terrible scare. He suffered seizures and at one point was completely limp in my arms. Due to the efforts of my boyfriend and I (who gave him CPR) he recovered," Laura told Love Meow. 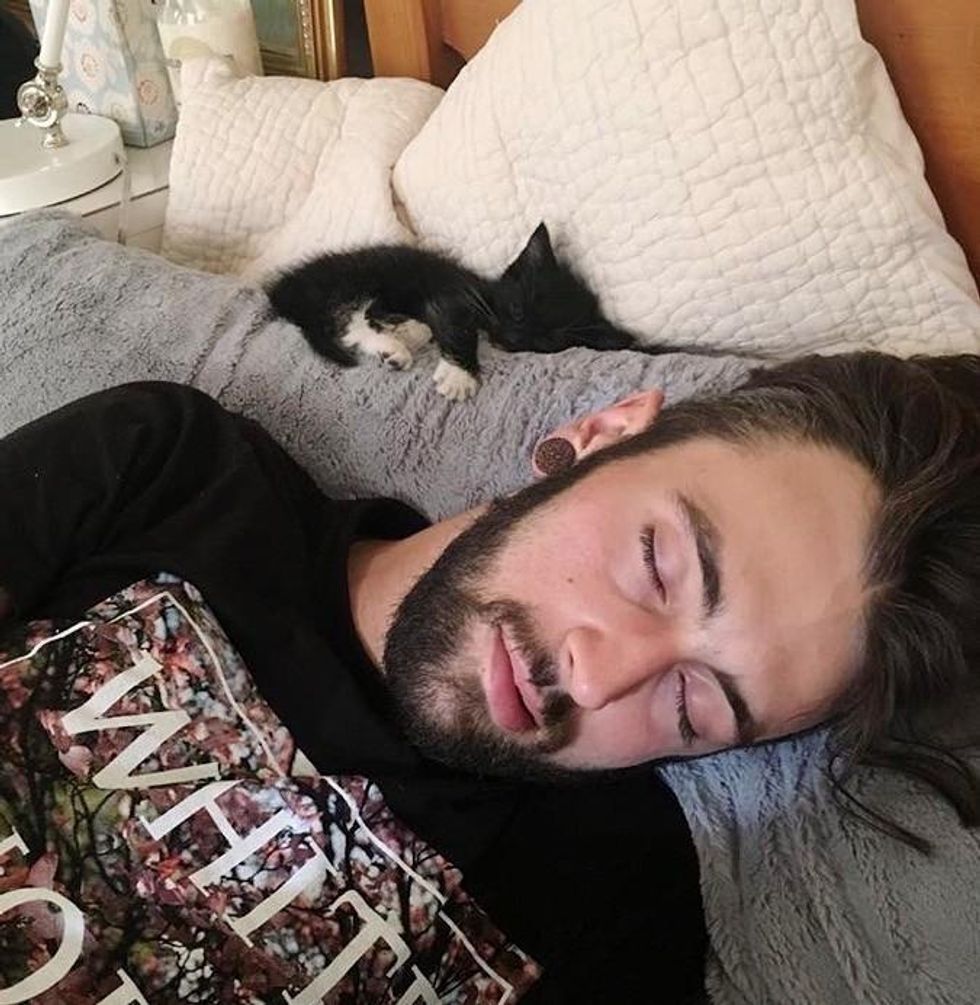 "He's the sweetest kitten. He hates being alone but sleeps while we're gone.

"He wakes us up to him playing with our toes in the morning. He sleeps on or next to my boyfriend and I every night." 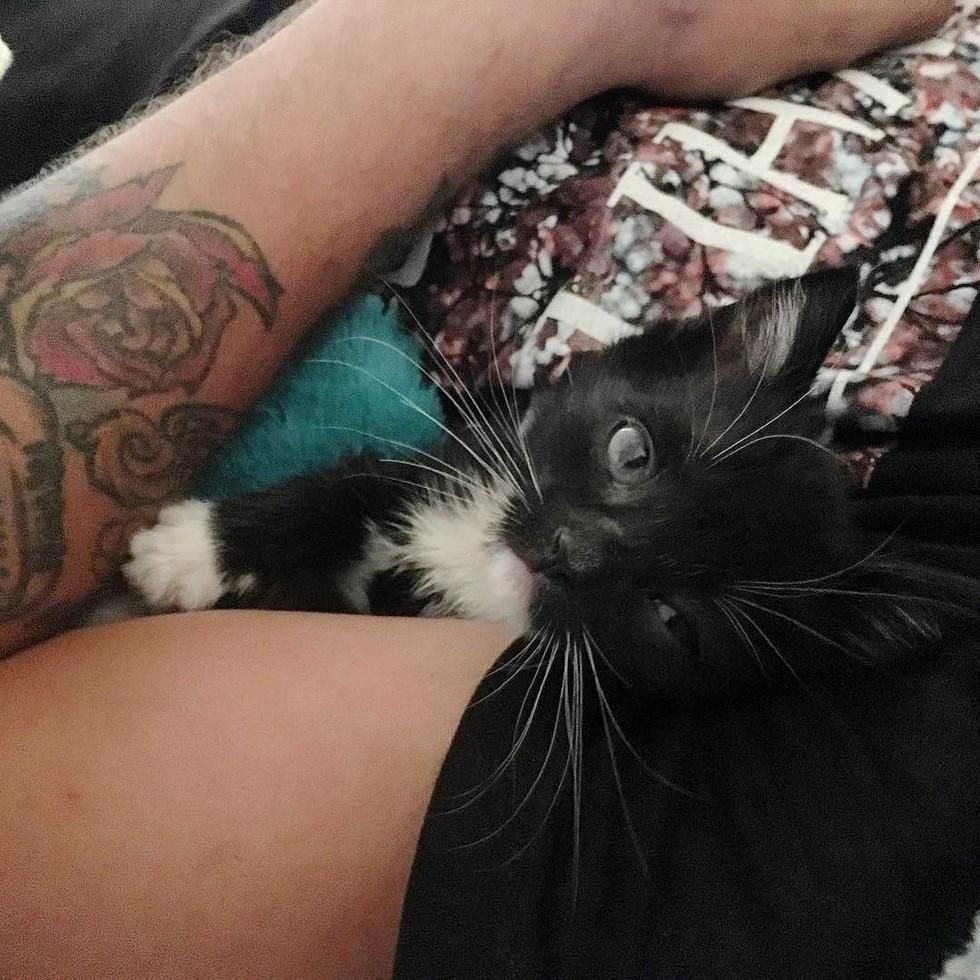 The little runty kitty has a big heart that matches his personality. 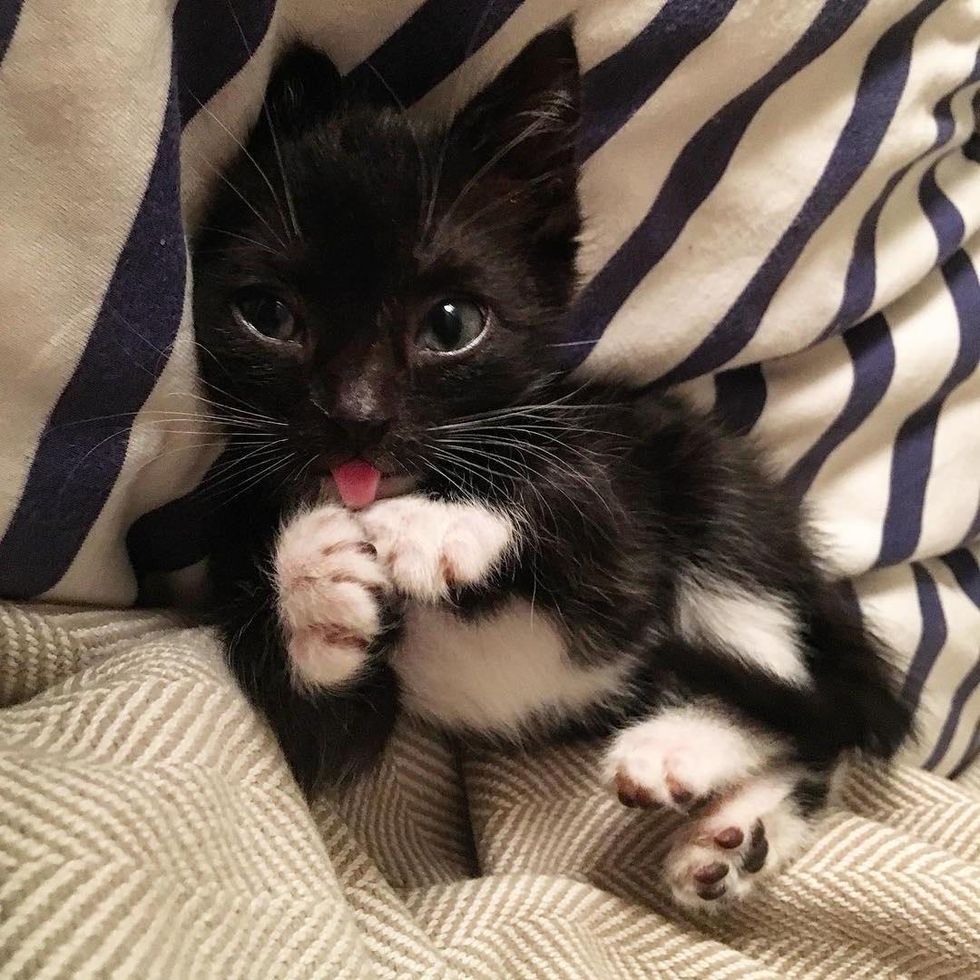 They found him a fur buddy, Finn, who looks like his twin brother. 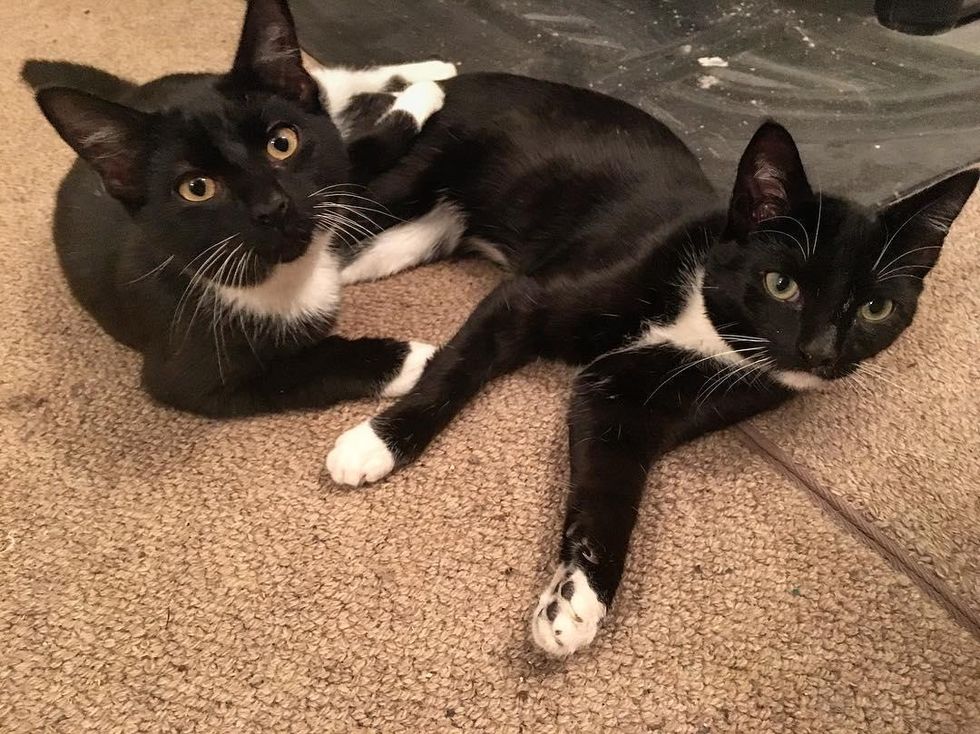 It's been almost a year since they found Panda. He's grown into a handsome tuxedo boy, healthy, happy and loved! 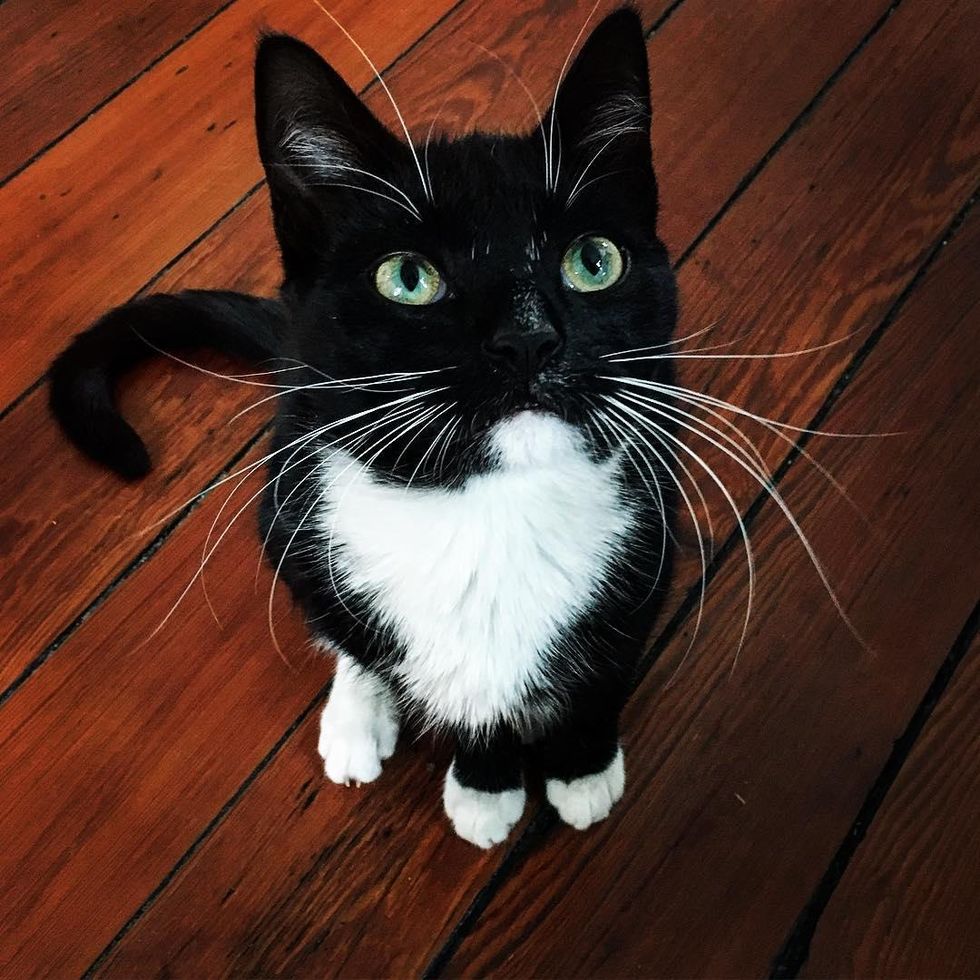