A couple decided to stay with 105 rescue strays at their animal shelter so they could keep them safe and calm during Hurricane Irma.

When Dara Eckart learned that the tropical storm was headed her way, instead of seeking shelter elsewhere, she thought about the animals at her rescue group, Friends of Strays Animal Shelter in Saint Petersburg, Florida. 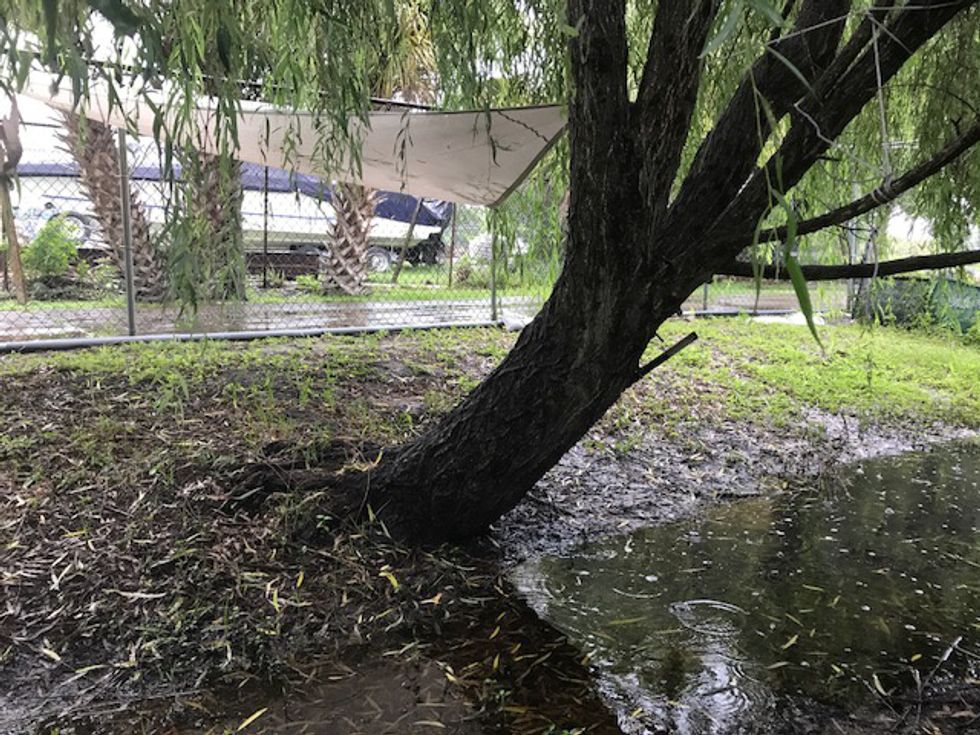 "We were watching updates on Irma's path and when it seemed pretty clear that we were going to be impacted, we started enacting our hurricane protocol to get the building ready," Dara told Love Meow.

As their staff were making plans to evacuate or hunker down at home, Dara and her husband, Greg, knew they couldn't leave the animals by themselves at the shelter.

"As the storm got closer, we started thinking more and more about our own animals and how they react to regular thunderstorms and decided we couldn't let the animals in the shelter to go through the storm by themselves." 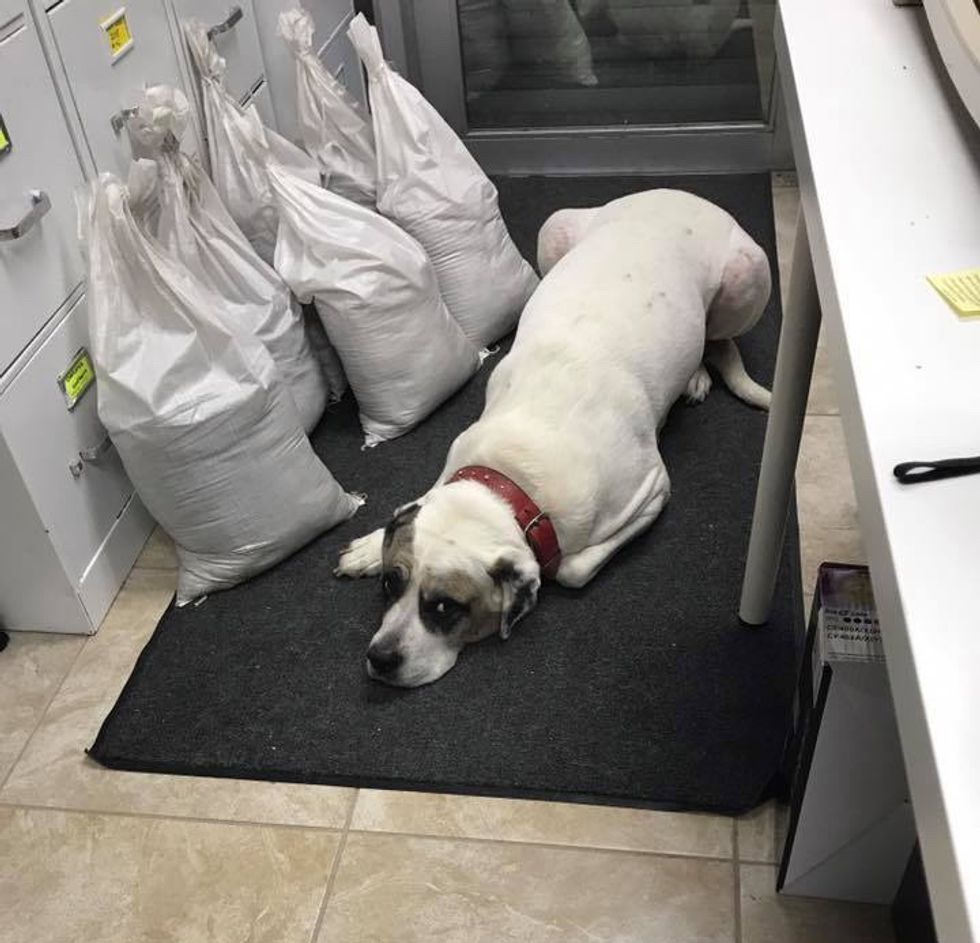 The couple got all their animals to the shelter with all the supplies and things necessary to cope with the storm.Friends of Strays Animal Shelter

Before they were under mandatory evacuation at their home, they collected all of their animals to the shelter and stayed there through the storm to ensure everyone received plenty of love and comfort.

They had 105 cats, kittens, dogs, and puppies in the shelter at the time of the hurricane. 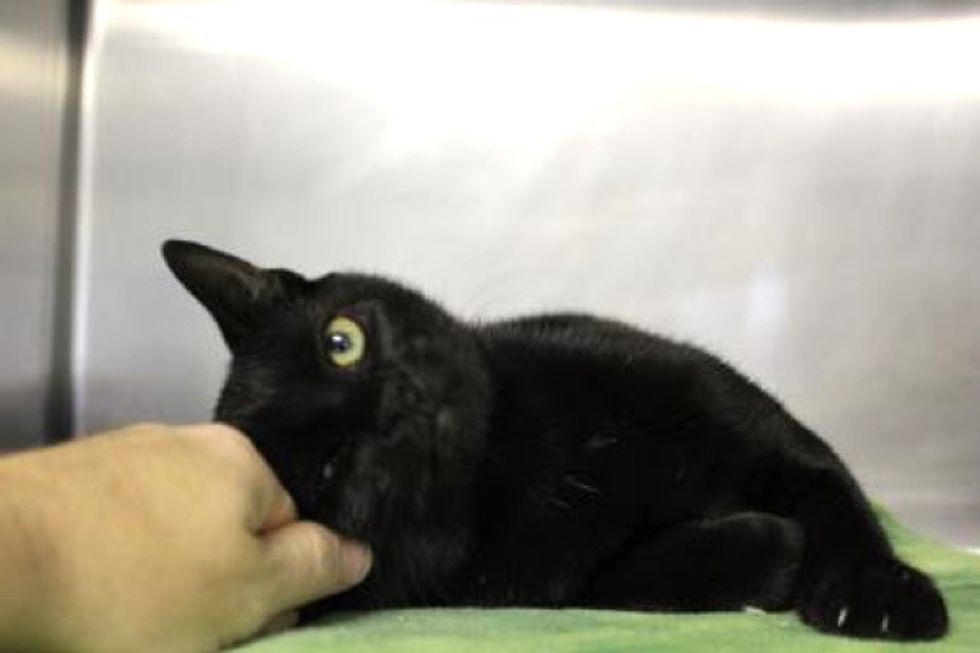 "To keep the animals safe, we moved them all to second level cages in case of flooding and ensured that we had a full 200 gallons of diesel fuel for the generator so that if we lost power, we would be able to maintain a comfortable temperature in the shelter with A/C. We also took in staff and board member pets to help those who were being evacuated," Dara told Love Meow.

The couple took turns to tend to the animals, making sure they always had someone there to keep them company. 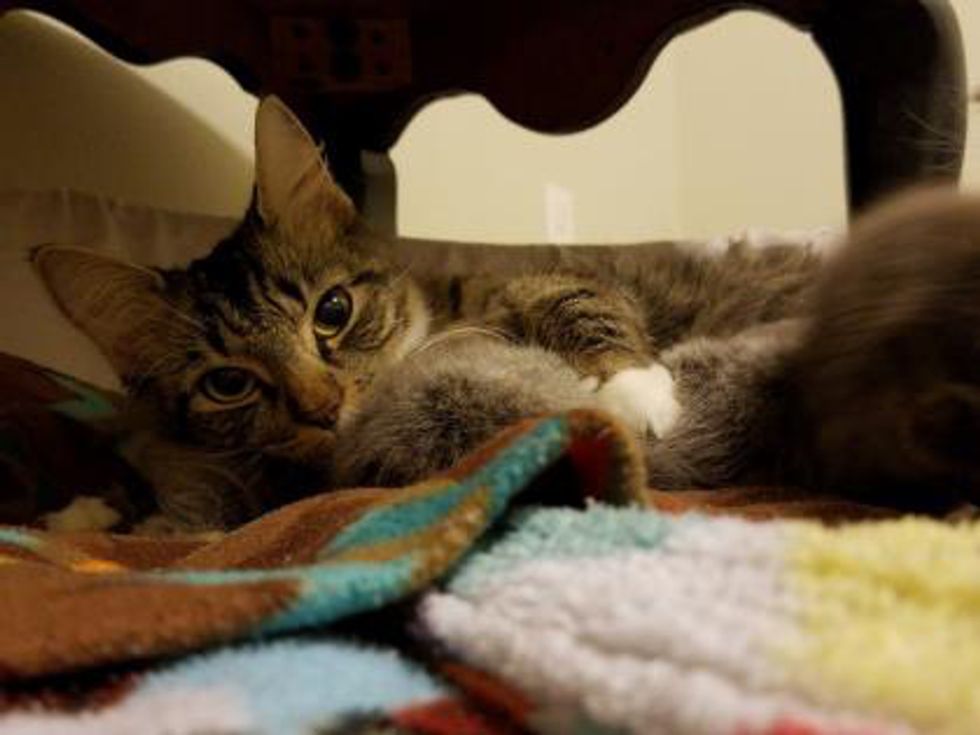 "105 animals is a lot for two people to care for, but we worked together to make sure everyone had fresh food and water and litter boxes were scooped."

Abby and Stella helping Dara and Greg during the storm. 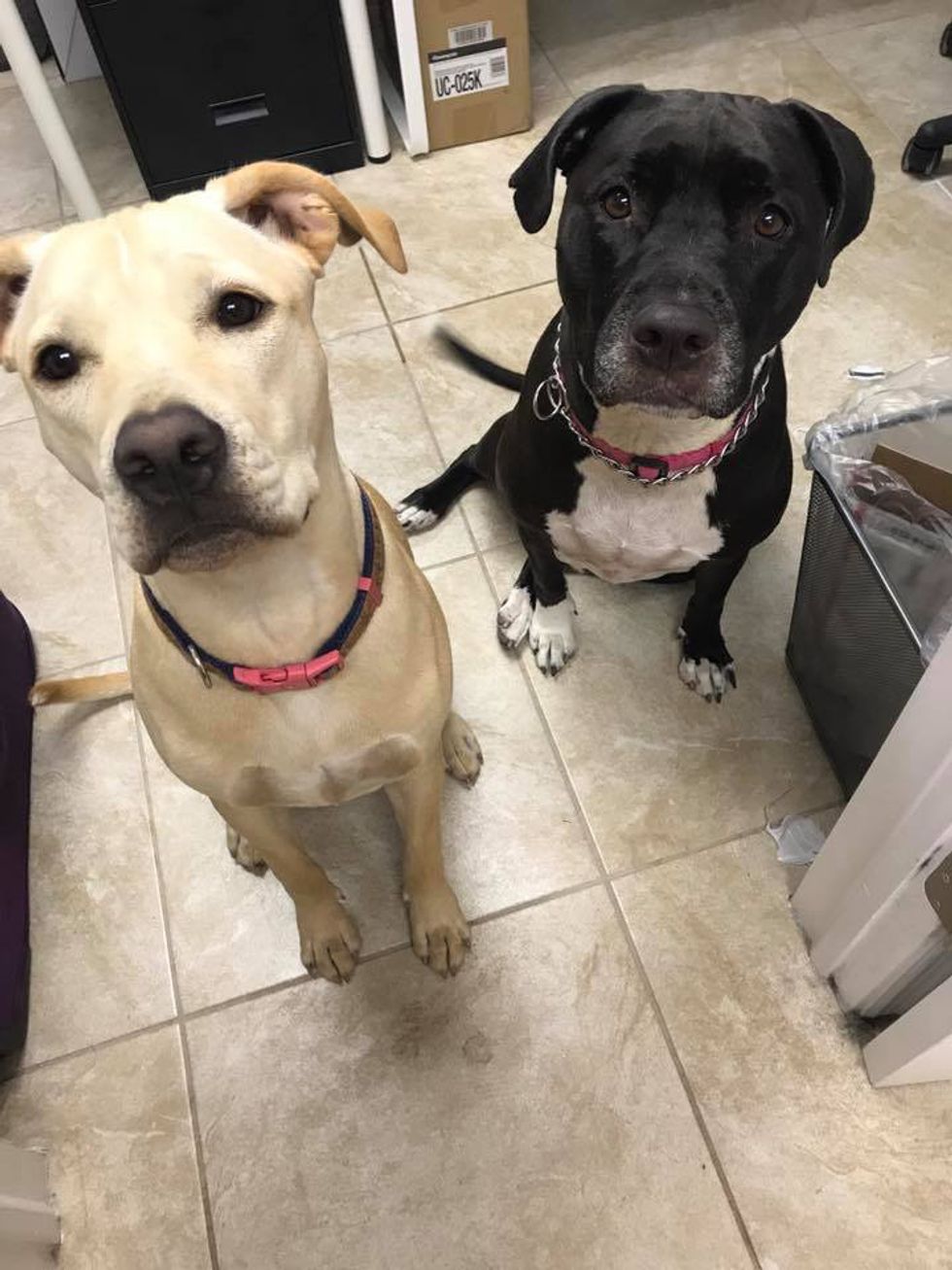 "We also went from room to room talking to and comforting each one of the animals here every couple of hours just to make sure everyone was calm and knew that they weren't alone during the storm," Dara told Love Meow.

"Greg even got all of the puppies out of their cages several times so they could stretch their legs and have a puppy party." 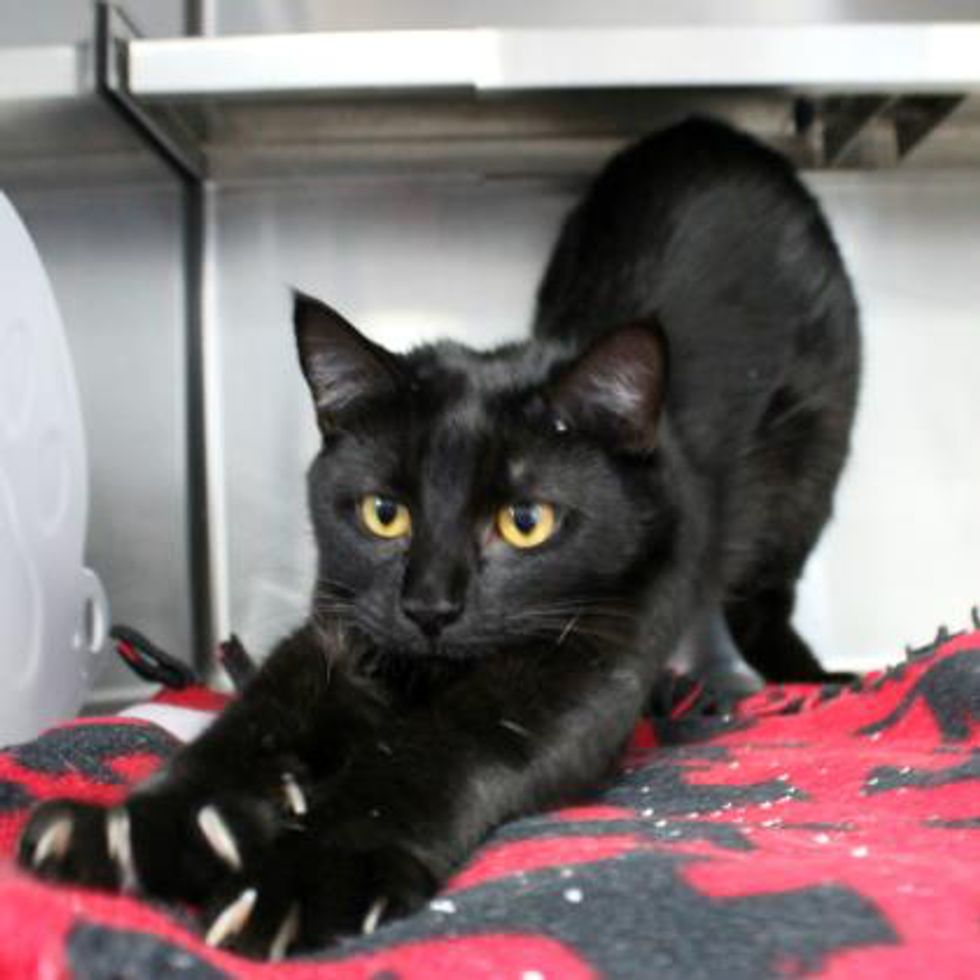 All of these animals made it through the hurricane safe, well and loved. Many of them have found good homes since then.

"We currently have 35 cats and 3 dogs up for adoption but are currently pulling from other shelters that have been impacted by Irma and now Maria to help ease their burden." 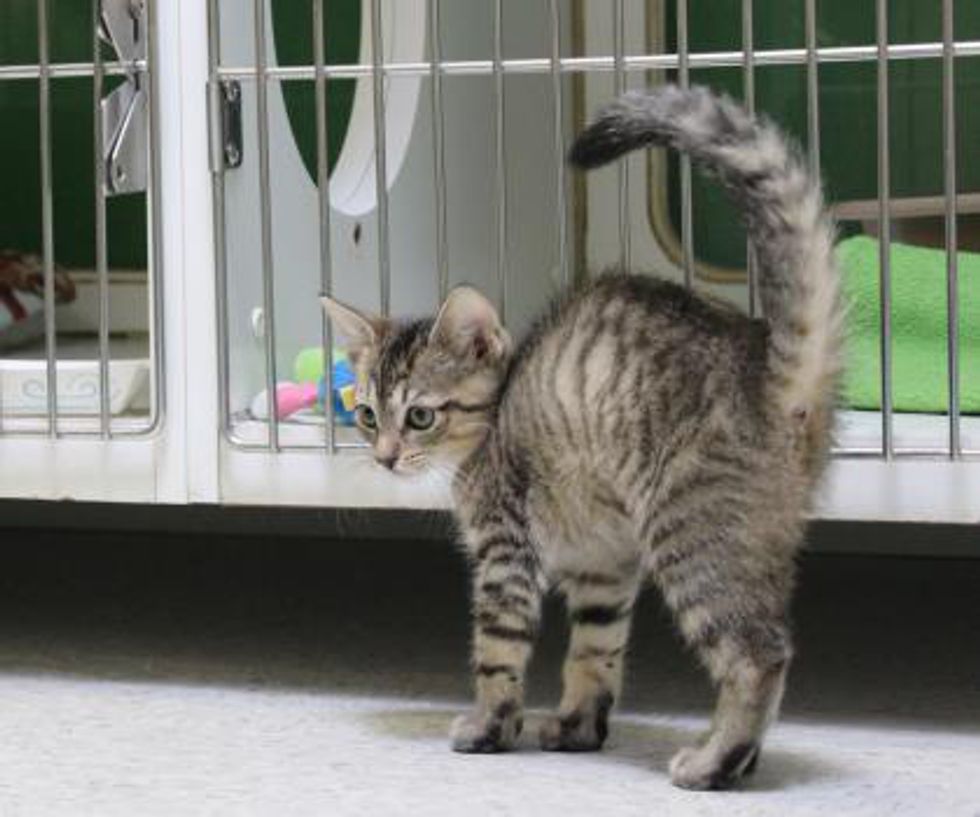 "We expect to be near capacity in the next week or so, so the need for adopters will increase significantly as we help others who were less fortunate." 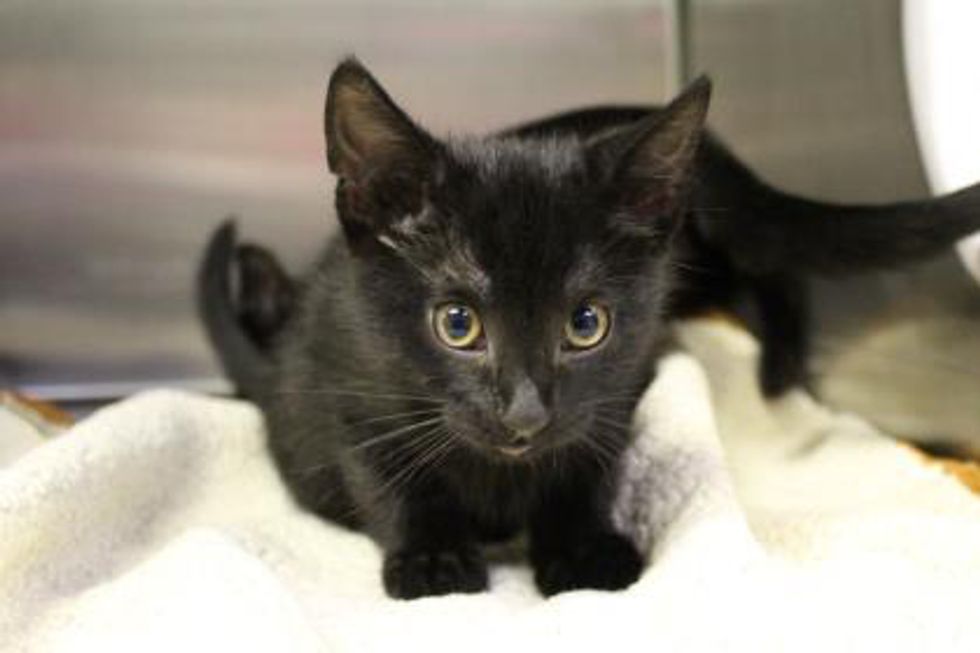