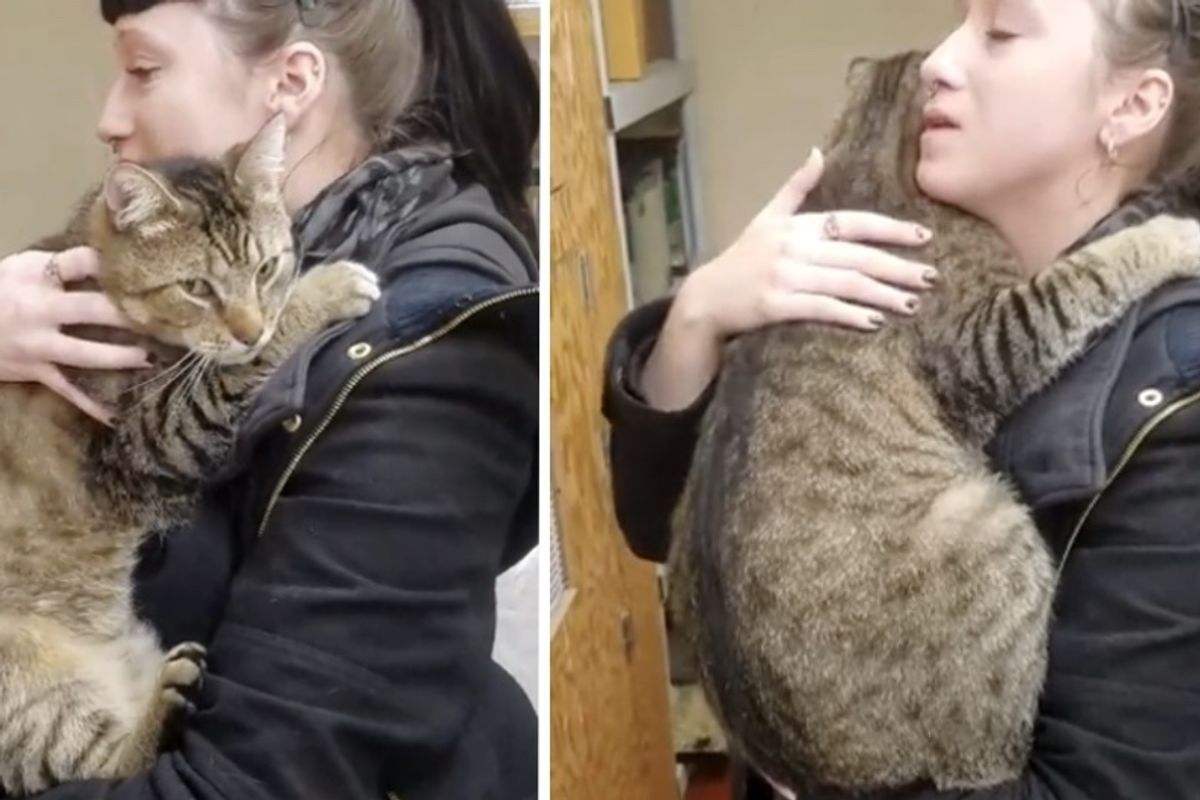 Couple Went to Visit Cats and One of Them Clutched onto the Woman and Wouldn't Let Go.

A couple from Washington state went to a local store to visit animals that were available for adoption.

One of the cats decided to clutch onto the young woman and wouldn't let her go. 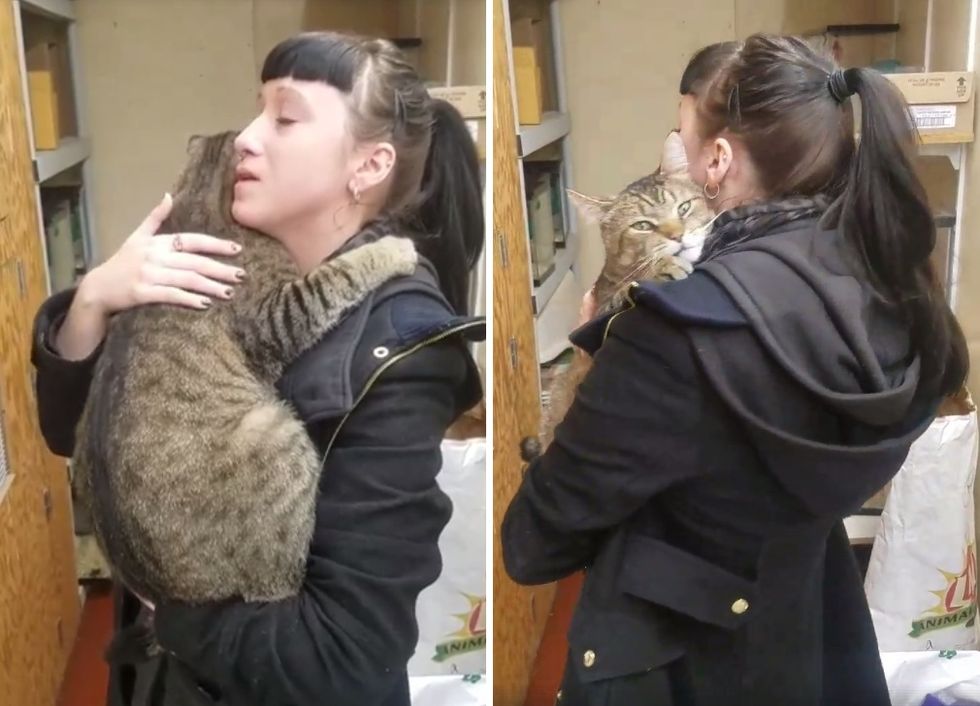 A week ago, Andy Brumagen and his fiancée Jessica Parken were at a local "mom and pop" store where a big tabby cat caught their attention.

As cat lovers, they couldn't go without giving the kitty some love and cuddles. As soon as Jessica took the kitty out of his condo, the big tabby boy wrapped his arms around her and burrowed his face in her shoulder.

The sweet boy held onto his human friend ever so tightly and rubbed his face against hers as she gently stroked his back.

"He's been there for two weeks because apparently he isn't good with other animals or kids. I wanted him so bad and I wanted to name him 'Clutch'," Jessica wrote via Facebook. 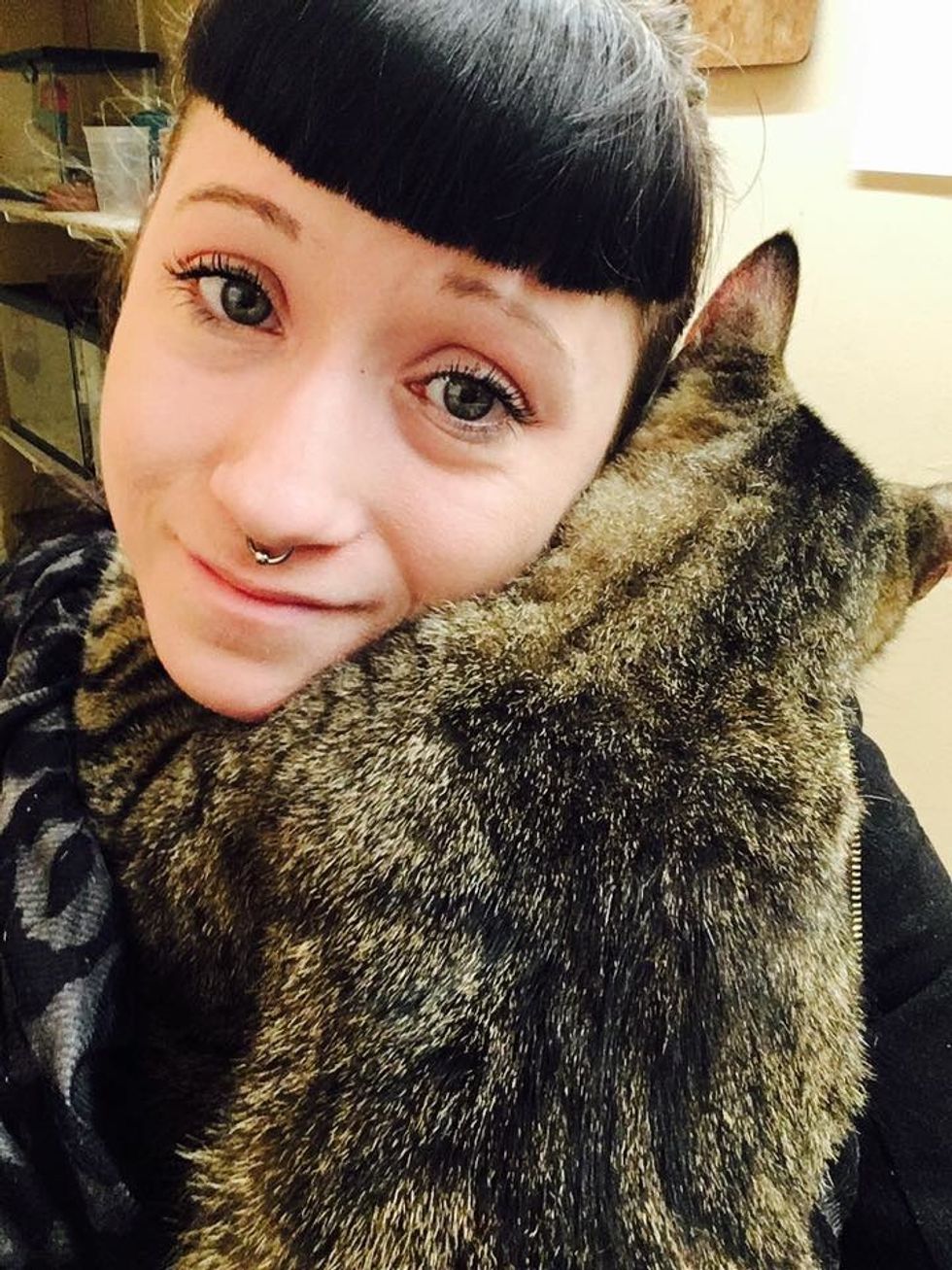 The couple has a 19-year-old cat at home that requires constant love and affection from them, and the senior cat would not cope well with a new cat. On top of that, "Clutch" the tabby prefers a household without children, but the couple has a toddler.

It broke their hearts to know that they couldn't take the cat home but they wanted to try to help him get adopted. [Scroll down for full video]

"When I had tried putting him back he legitimately clutched onto me and I shed a couple tears. It broke my heart that he wasn't home with me," Jessica added.

The couple posted the video of Jessica holding the tabby to a local Facebook group, hoping it would help the kitty find a loving home. 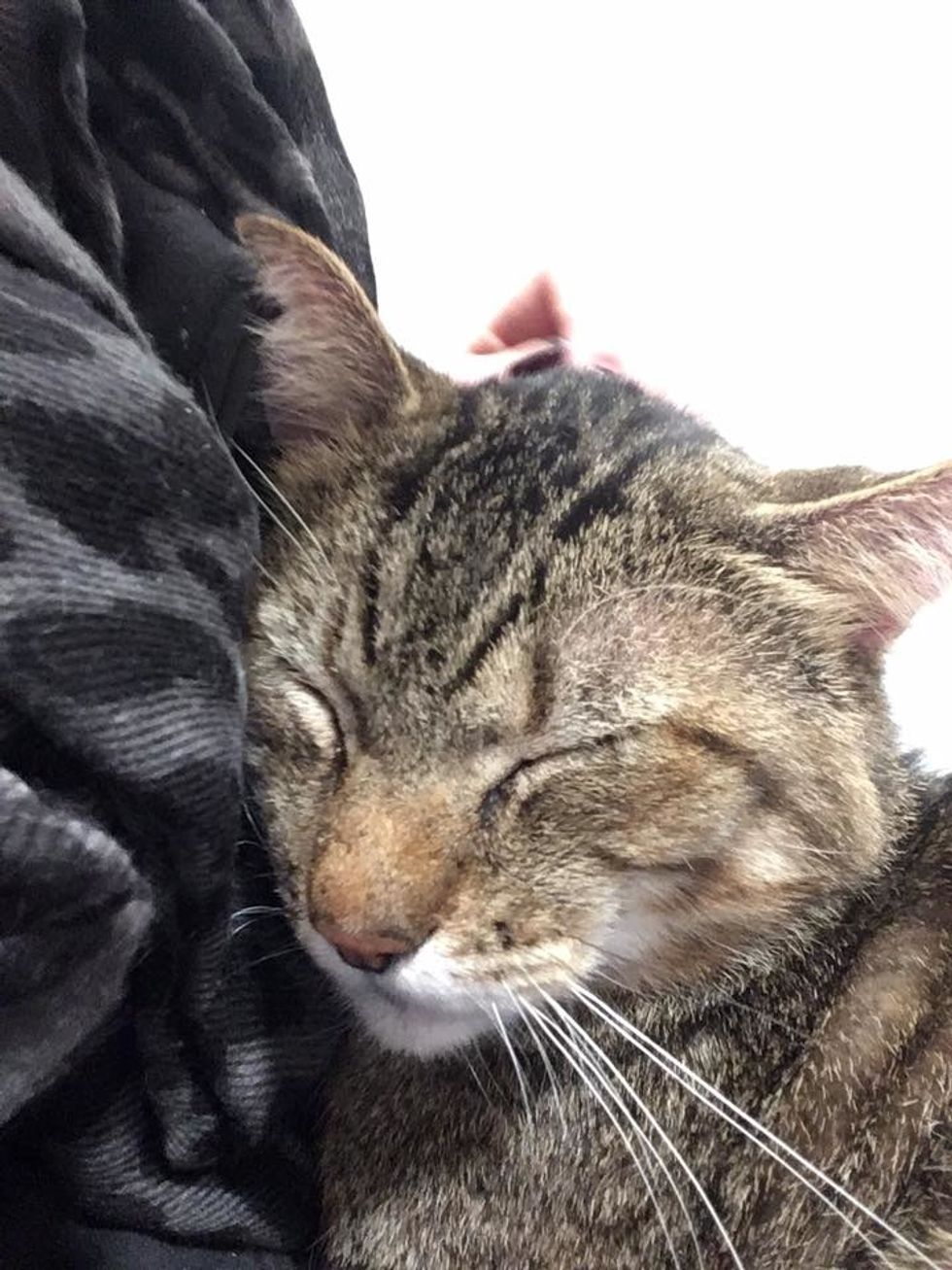 Soon after the video was shared, locals fell in love and many people were planning a trip to the store to meet the sweet feline.

When Jessica went back to the store to check on Clutch she saw many visitors there who came for the sweet tabby.

"They were flooded with people coming in and calling. A stack of applicants were in." 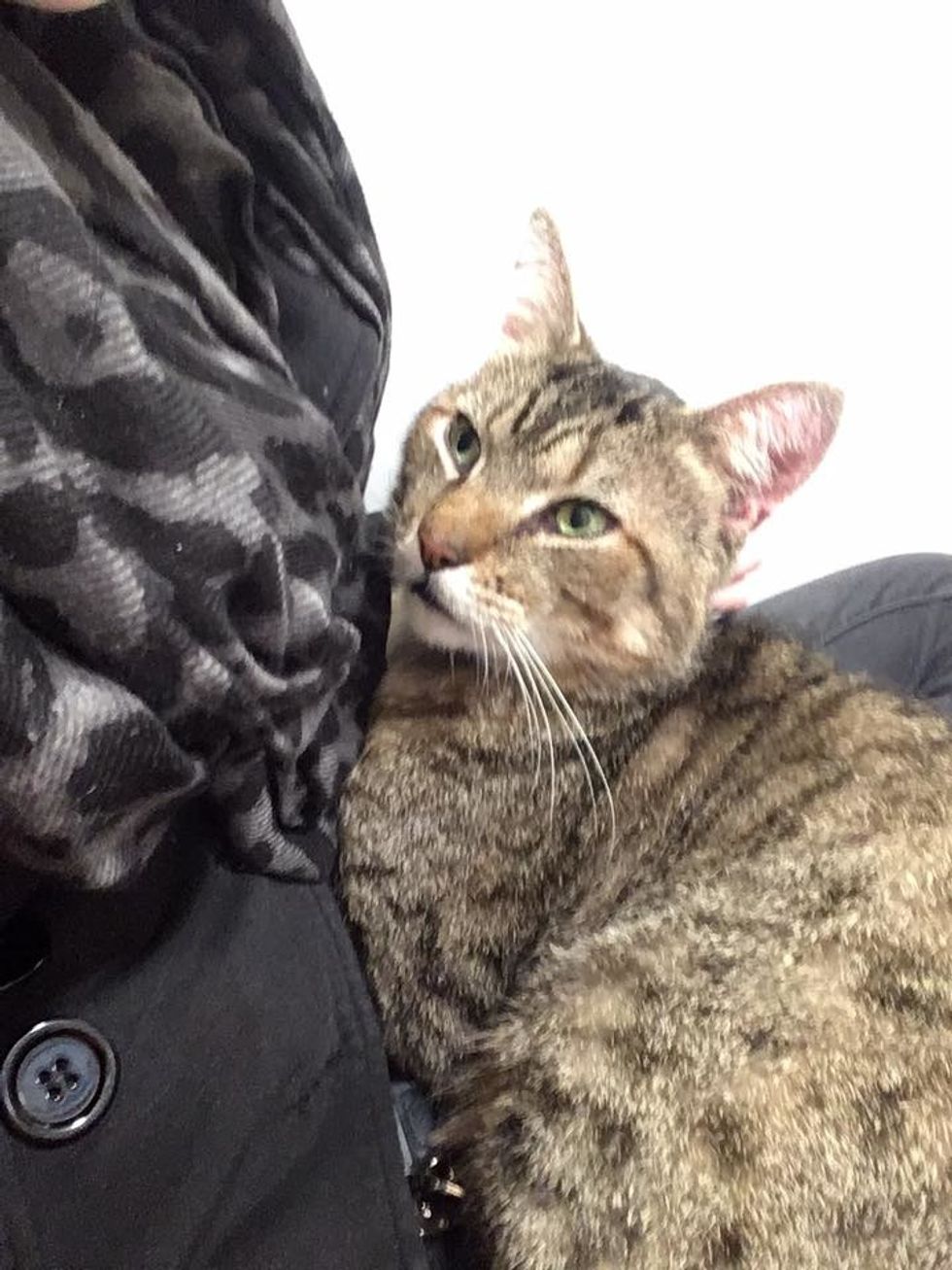 Around January 24, good news came from the store. Clutch was adopted!

"This magical beast has found a home! The adoption sign is down!" 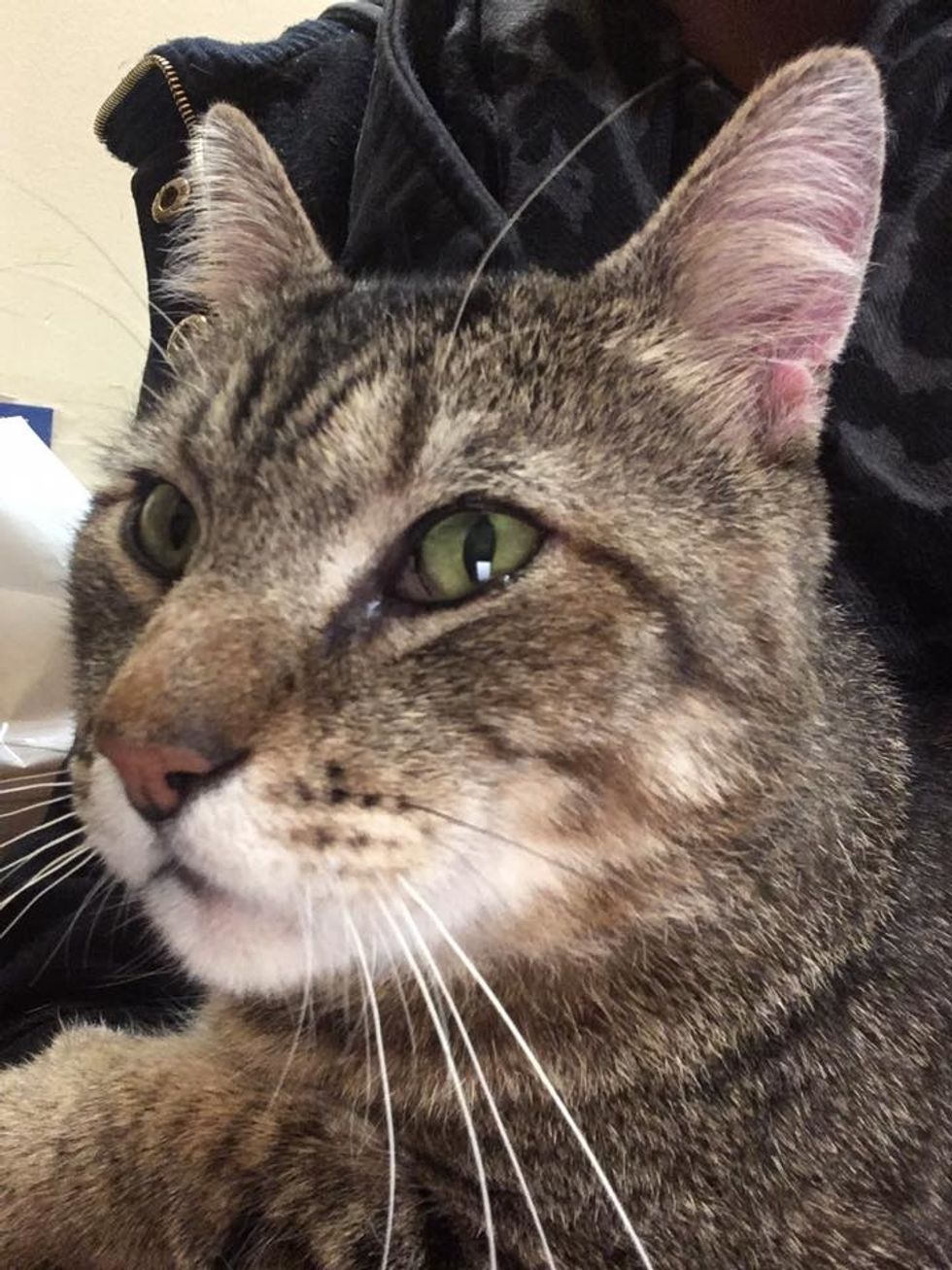