A street cat came to a man's driveway two years ago and decided to make it her home.

The kitty named Onyx had been taken refuge between the driveway and the roof of a shed next door since she was spotted roaming around the neighborhood of New York City. 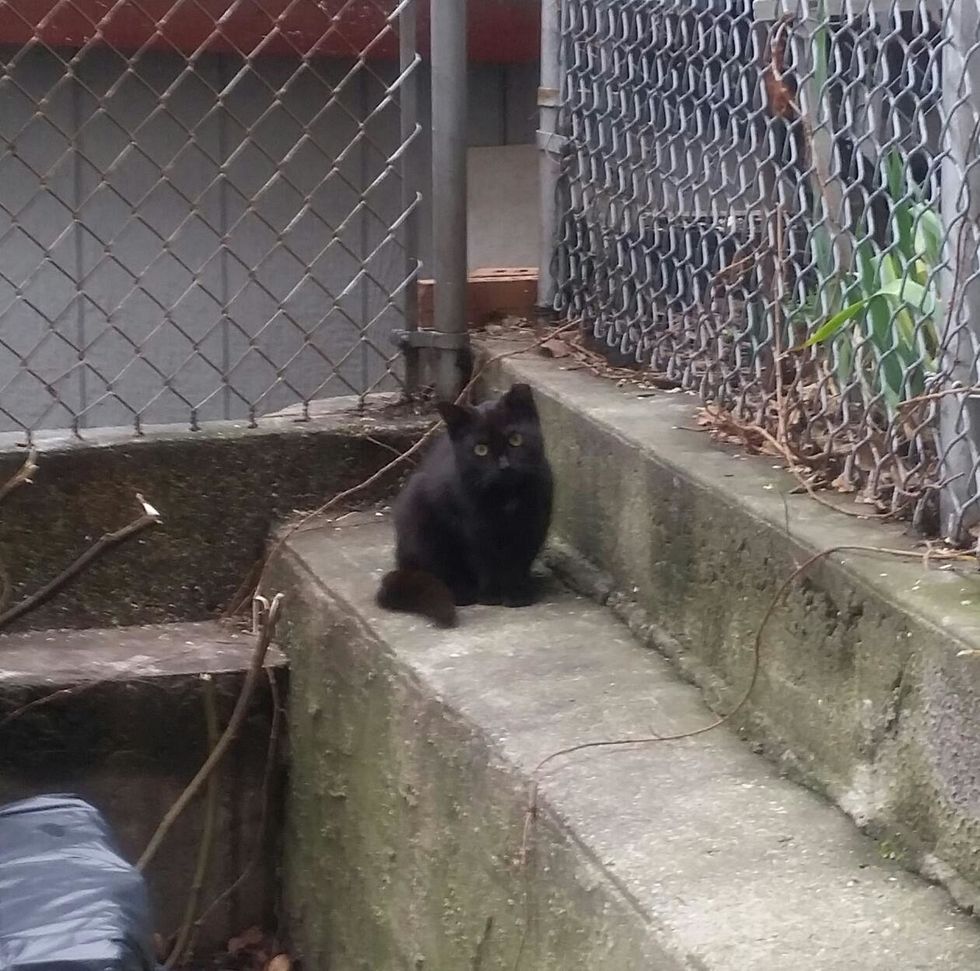 Paul the Cat Guy, an avid animal rescuer from NYC, met Onyx over two years ago. The kitty was extremely skittish with feral traits in her. "She appeared by herself out of nowhere. She was a loner, sat on the top of the neighbor's shed and also liked to sleep inside my insulated shelter," Paul said.

After getting her spayed, he continued to care for her, feeding her three times a day and making sure that she always had shelter and food. Though she was fearful of humans, she was very curious and would watch her caregiver from a distance while he was preparing her food.

It became their daily routine where Onxy would wait for Paul at meal time, getting ready to feast. Over the next few months, the kitty began to warm up to her caregiver and started to entertain the idea of entering the house through the street level basement. 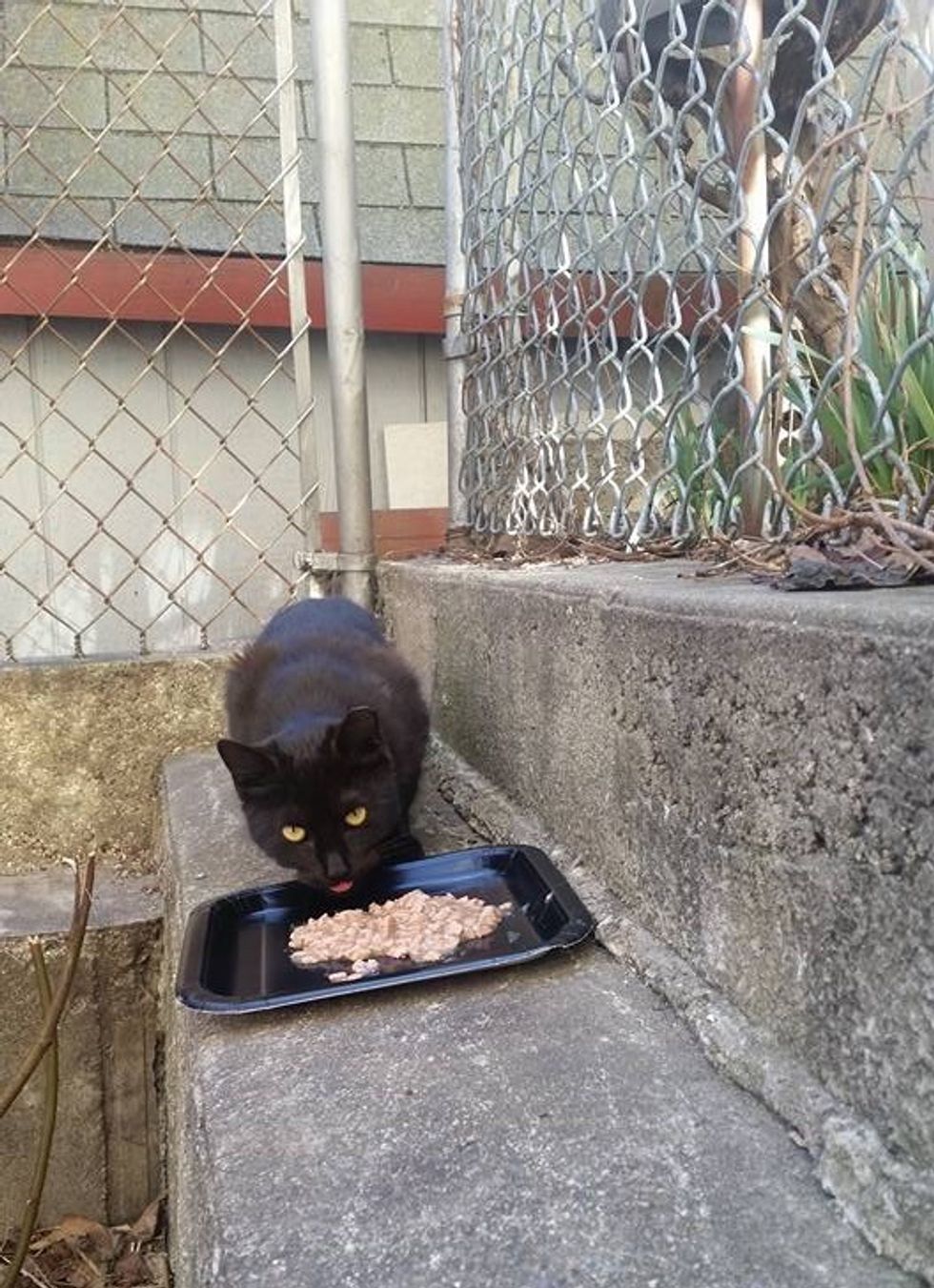 Eventually, she was trusting enough to come inside the basement while Paul was there. She no longer ran away when he sat next to her while she ate.

There was an old cat condo in the basement that Paul had planned to remove, but little Onyx decided to claim it. So it was there to stay. "It was pretty torn up but I kept it for Onyx as she loved it and it kept her in the basement longer and longer." 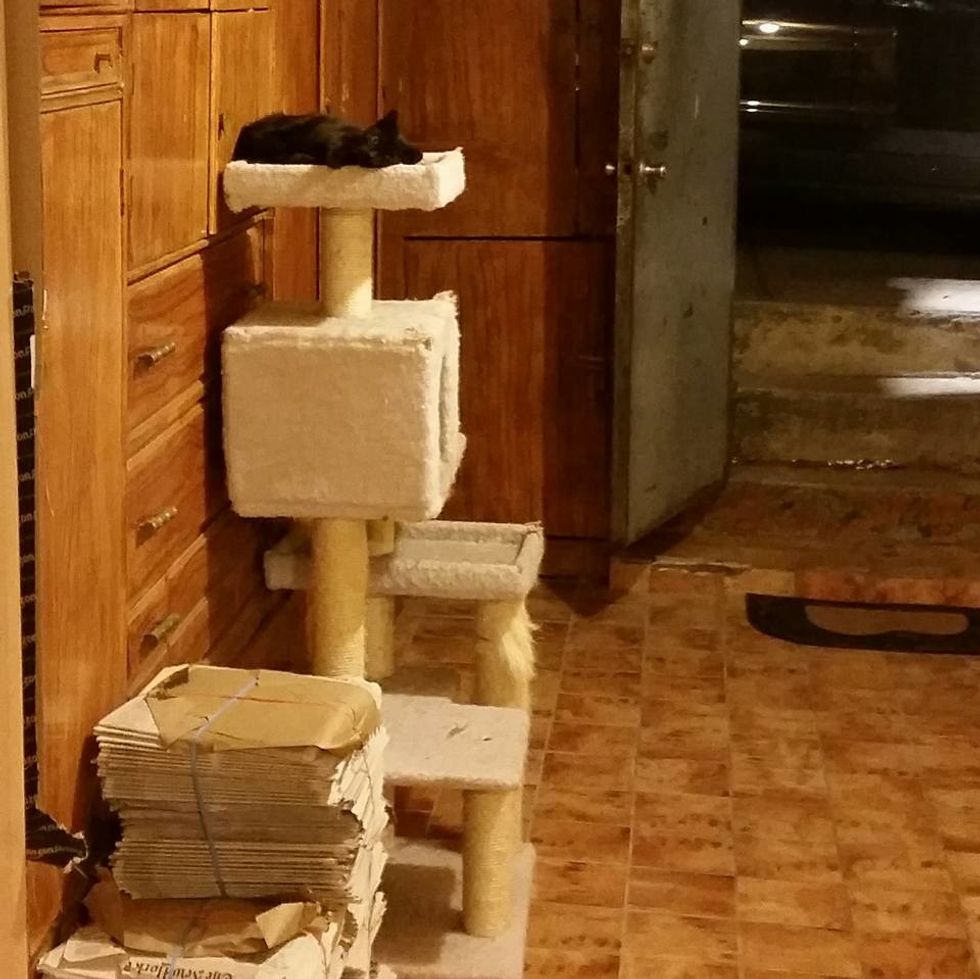 The sweet kitty became more social by the day. Eventually Paul was able to pick her up, though she didn't particularly love it. She also allowed him to cuddle with her for a minute at a time.

Paul was amazed by the progress she had made over the past few months. The feral side of her began to fade away and was replaced by something incredible. 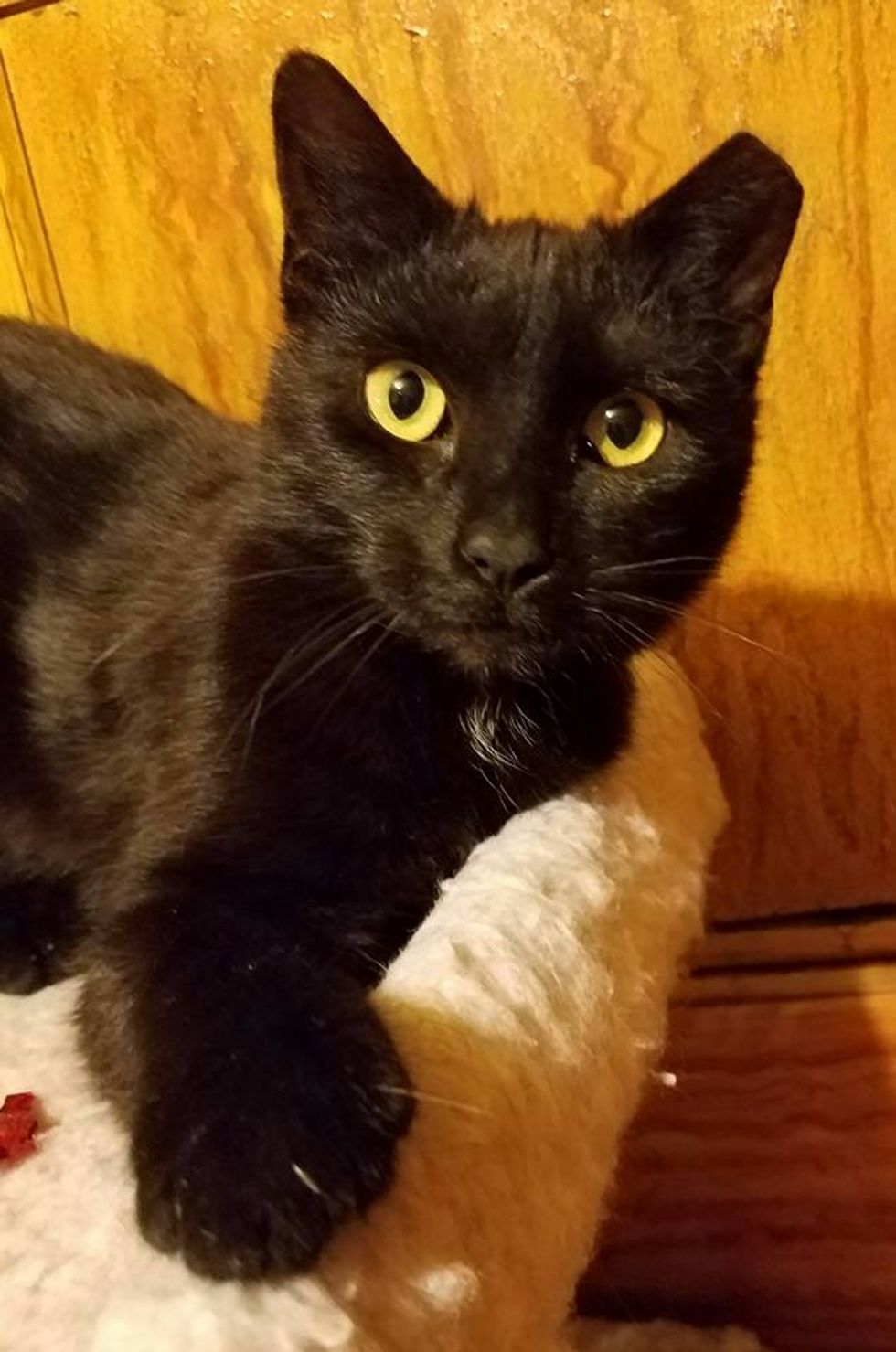 At first, Onyx became more of an 'outdoor-indoor' cat and started to crave her human's company.

"From not being able to touch her in January (2016) to full on carrying and kissing her four months later is pretty amazing," Paul said. 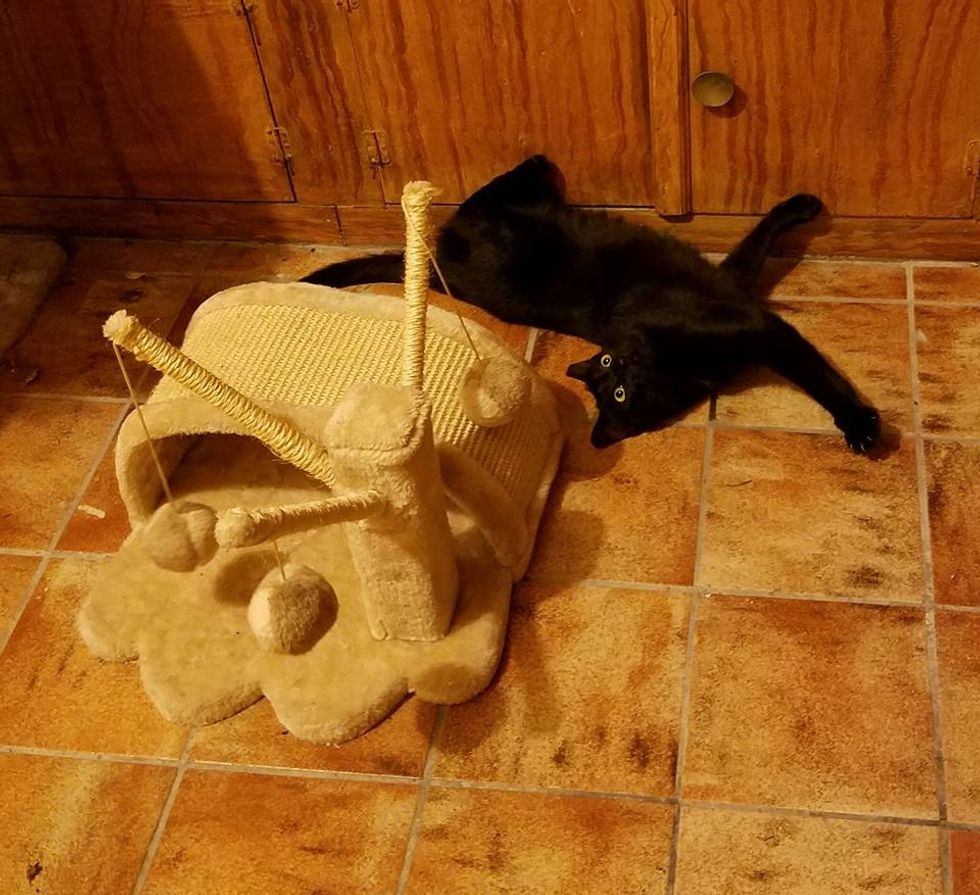 Around June of 2016, Onyx decided that the outdoor life wasn't so attractive after all because she had found love and comfort with her forever human dad.

She was very excited to see Paul every time he came home from work - to think that just six months ago he couldn't even get closer than five feet to her. 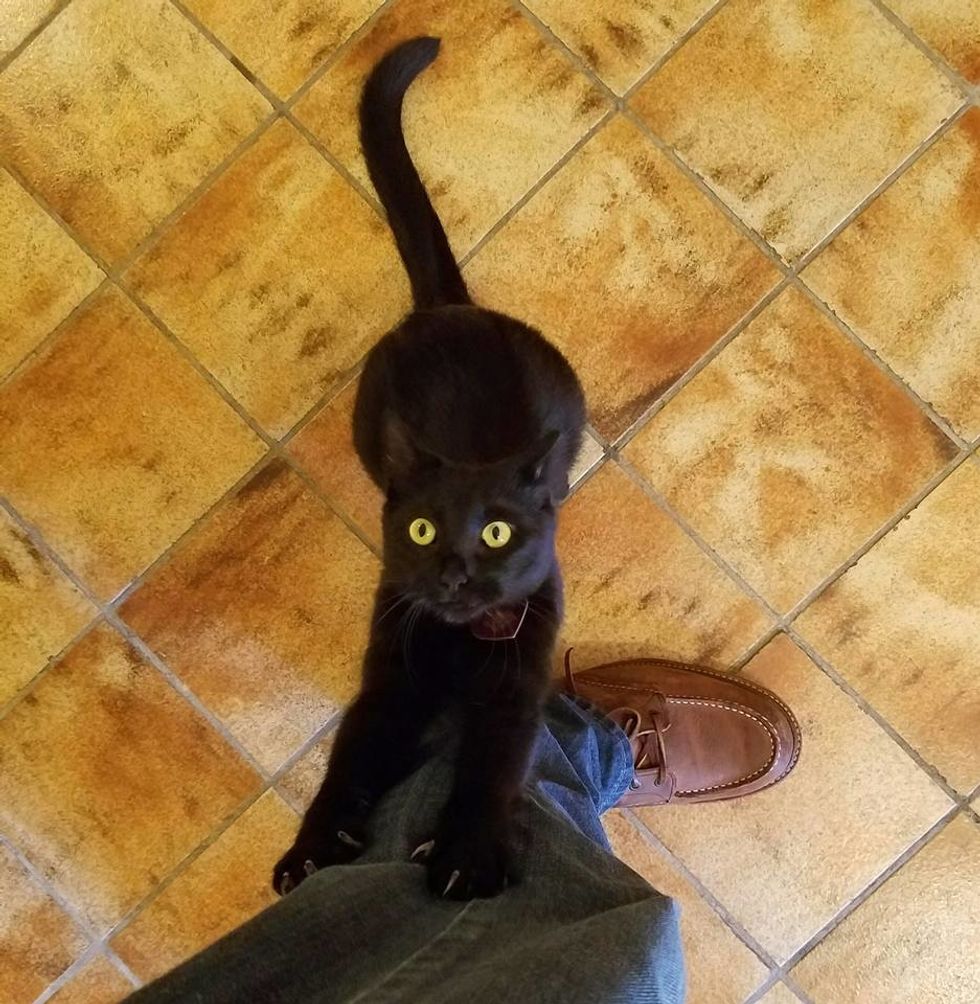 When a terrible snowstorm hit the city in January 2016, Onyx was still living the feral life, braving the cold. "She would not come inside and it took two days after the storm for her to reappear," Paul said.

Now there will be no more worries of her being out in a blizzard or storm ever again. 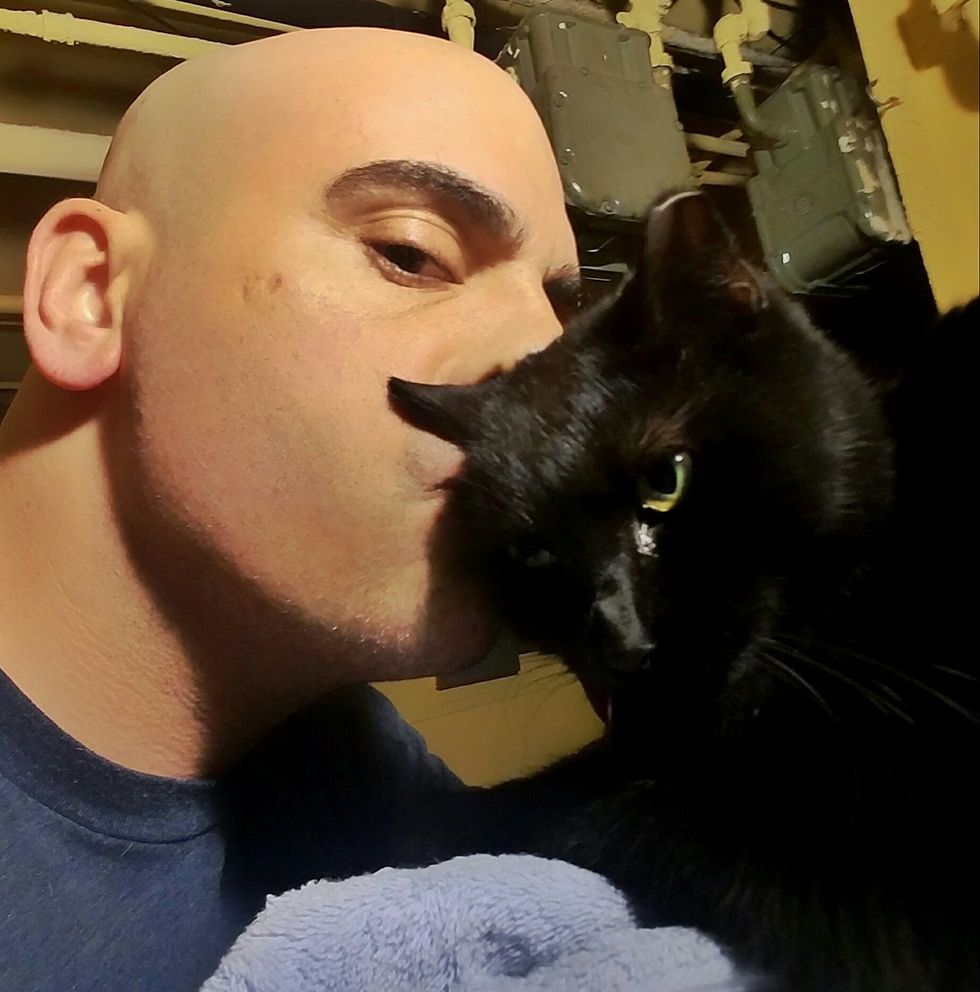 Onyx loves to perch on her Cat Dad's shoulder for a ride around the house. 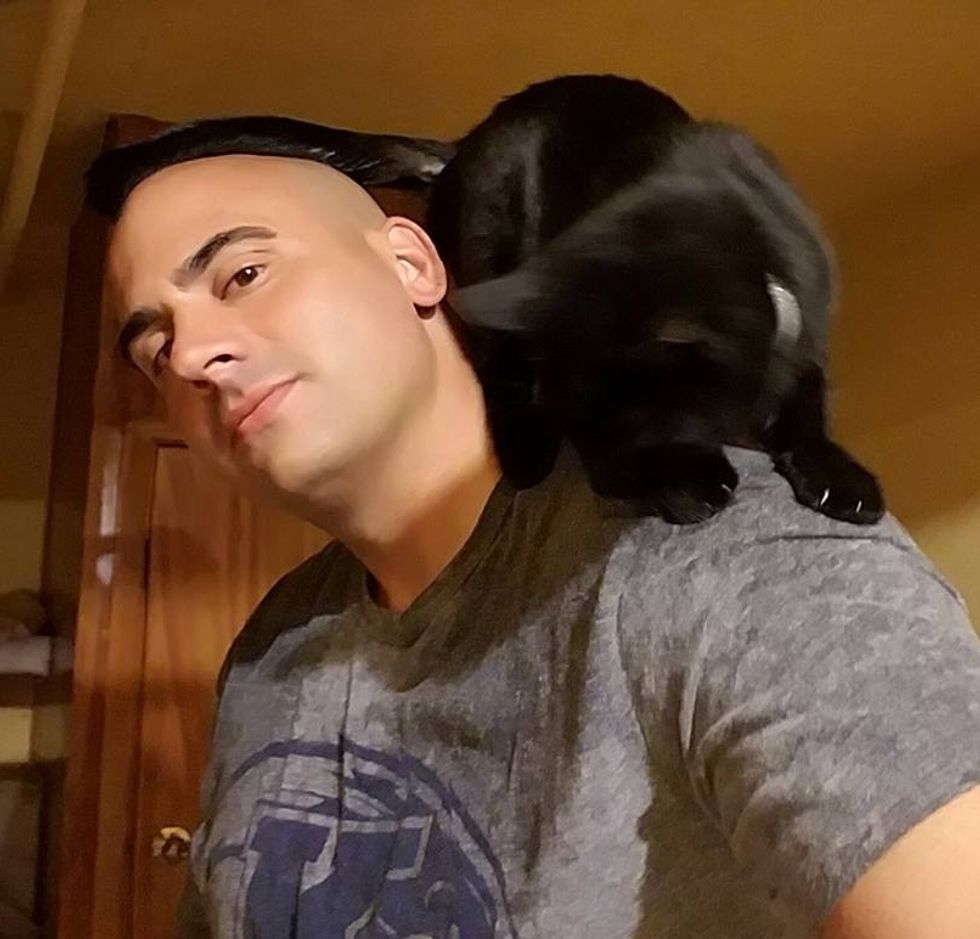 "Far from feral now, she is living with lots of attention, toys, and a cat condo in my street level basement," Paul said. 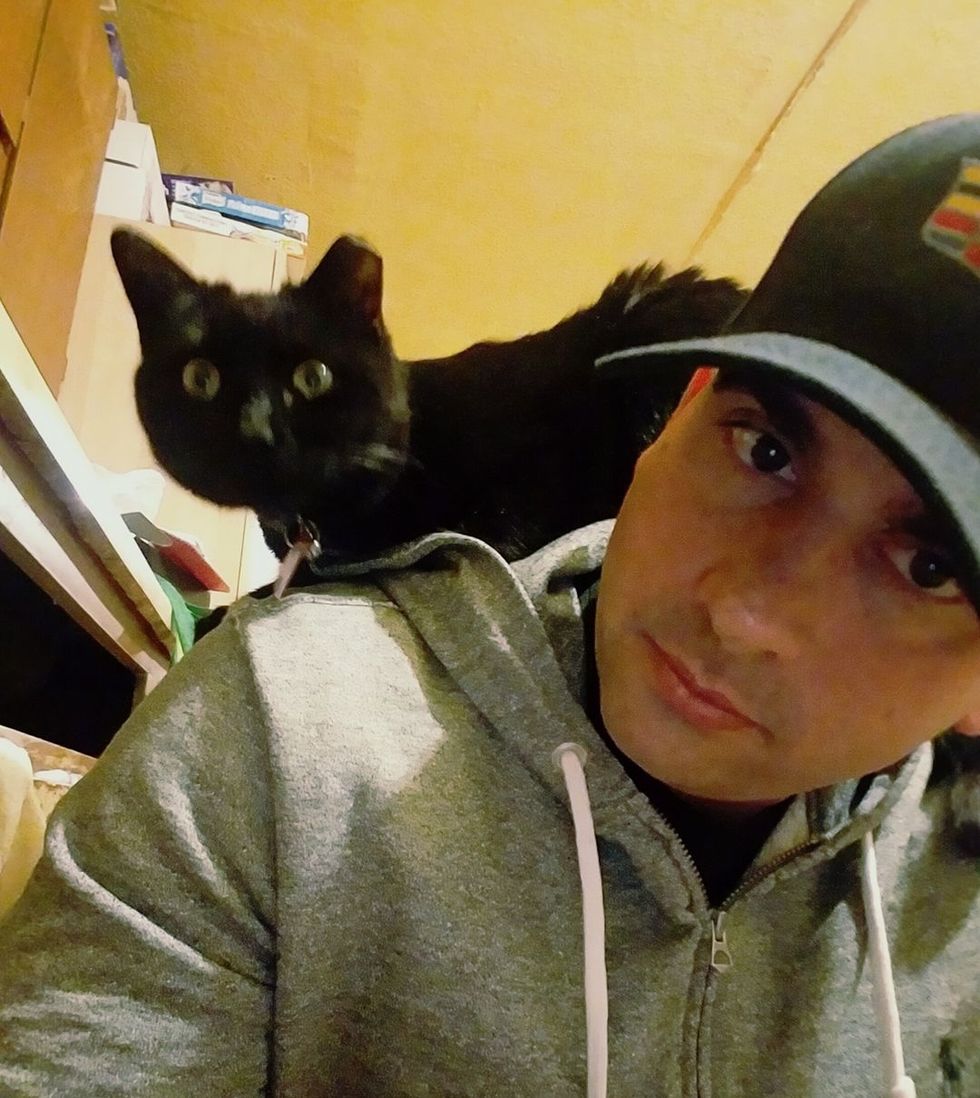 It's been over two years since their paths crossed. The little panther kitty is now living the life of luxury with her forever human.

"From feral to perched on my shoulder… I love my Baby Onyx aka Lil Sleek." 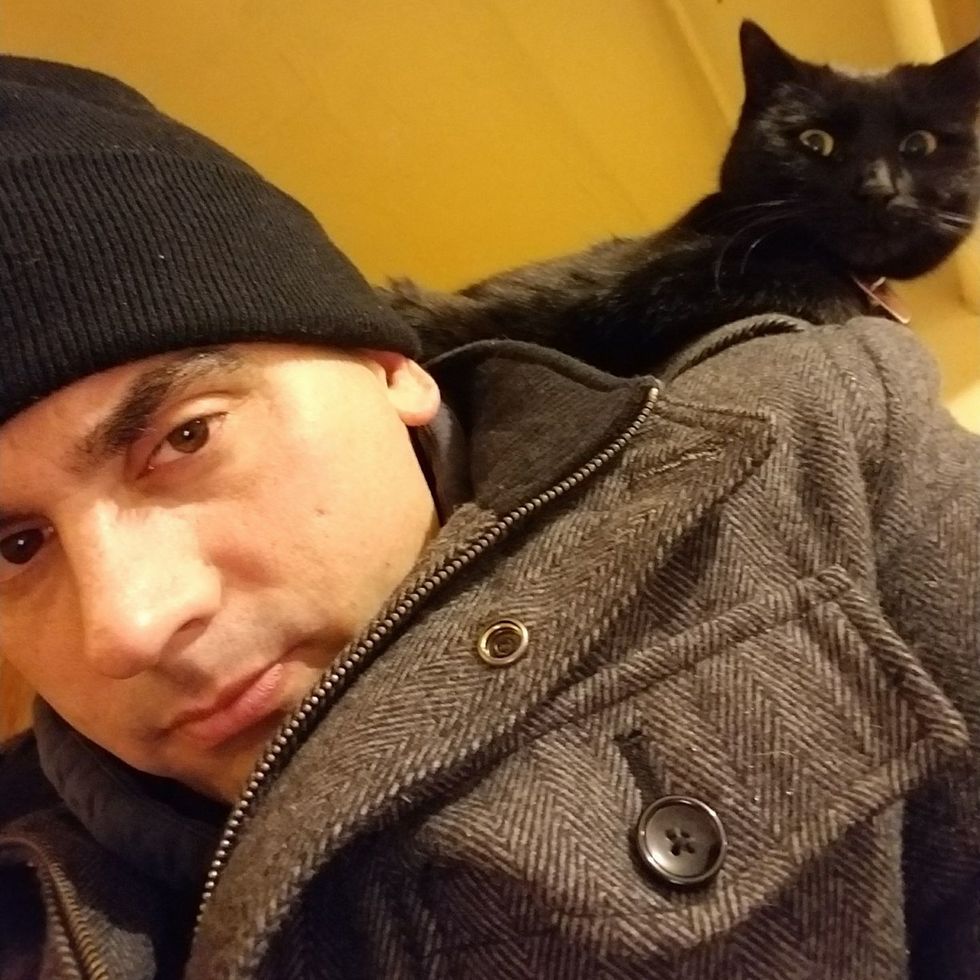 Related story: Man Who Saved Cat From Shelter Before Hurricane, Went to Adopt Another Kitty Who Survived the Storms