When a 9-year-old cat came to the shelter, he surprised everyone with his sheer size. He is tall and weighs over 20 lbs. 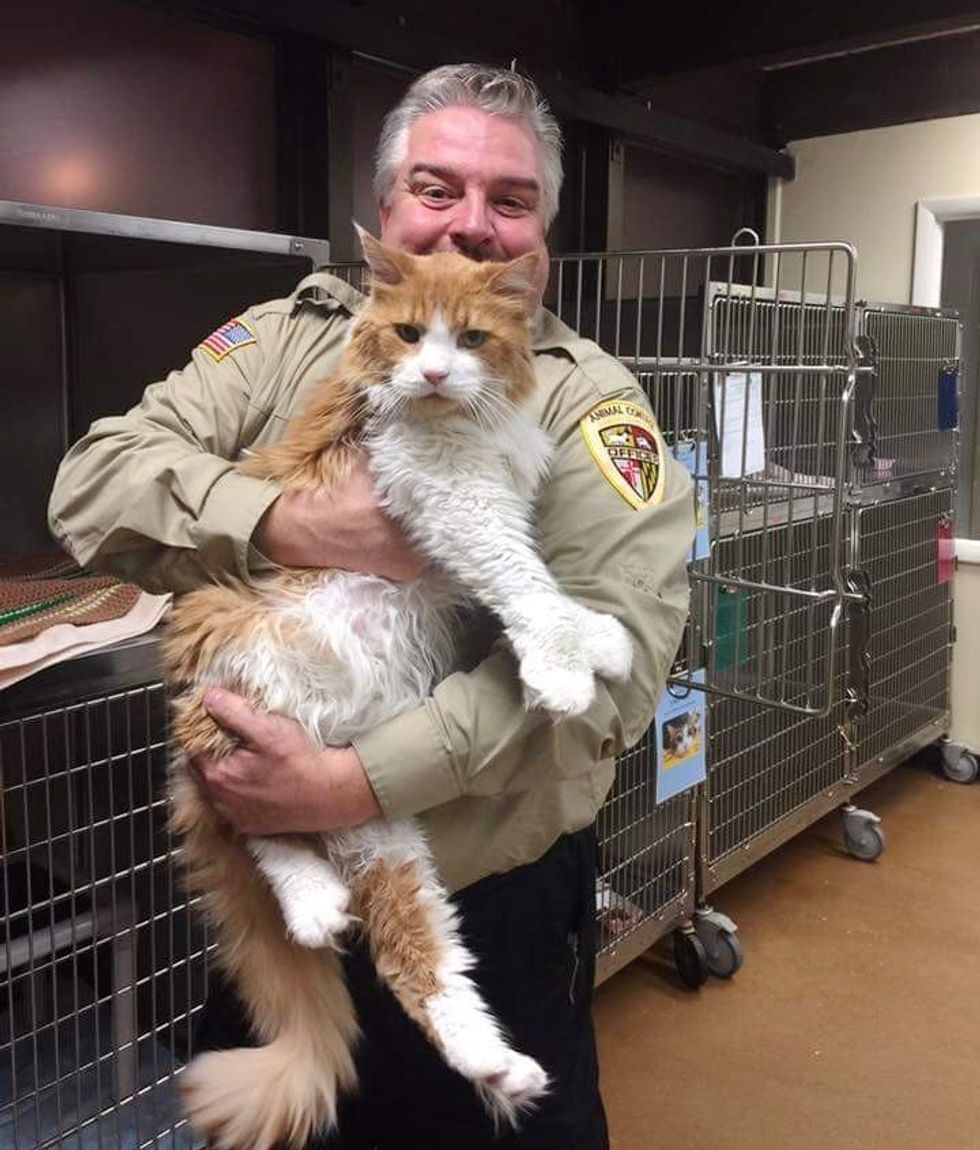 Edgar the big ginger and white kitty was surrendered to the Humane Society of Carroll County in Westminster, Maryland after his family could no longer keep him as he and the small children couldn't get along. As soon as he was brought through the door, the shelter staff was in awe with his giant stature.

"We were all a bit taken back with his size. He weighed in at 21lbs," Charles Brown, Executive Director of the Humane Society of Carroll County, told Love Meow.

"As soon an animal comes into our shelter we develop an adoption plan for it. And in Edgar's case we launched a social media campaign."

Three hours after the campaign was sent out, Edgar got his answer. 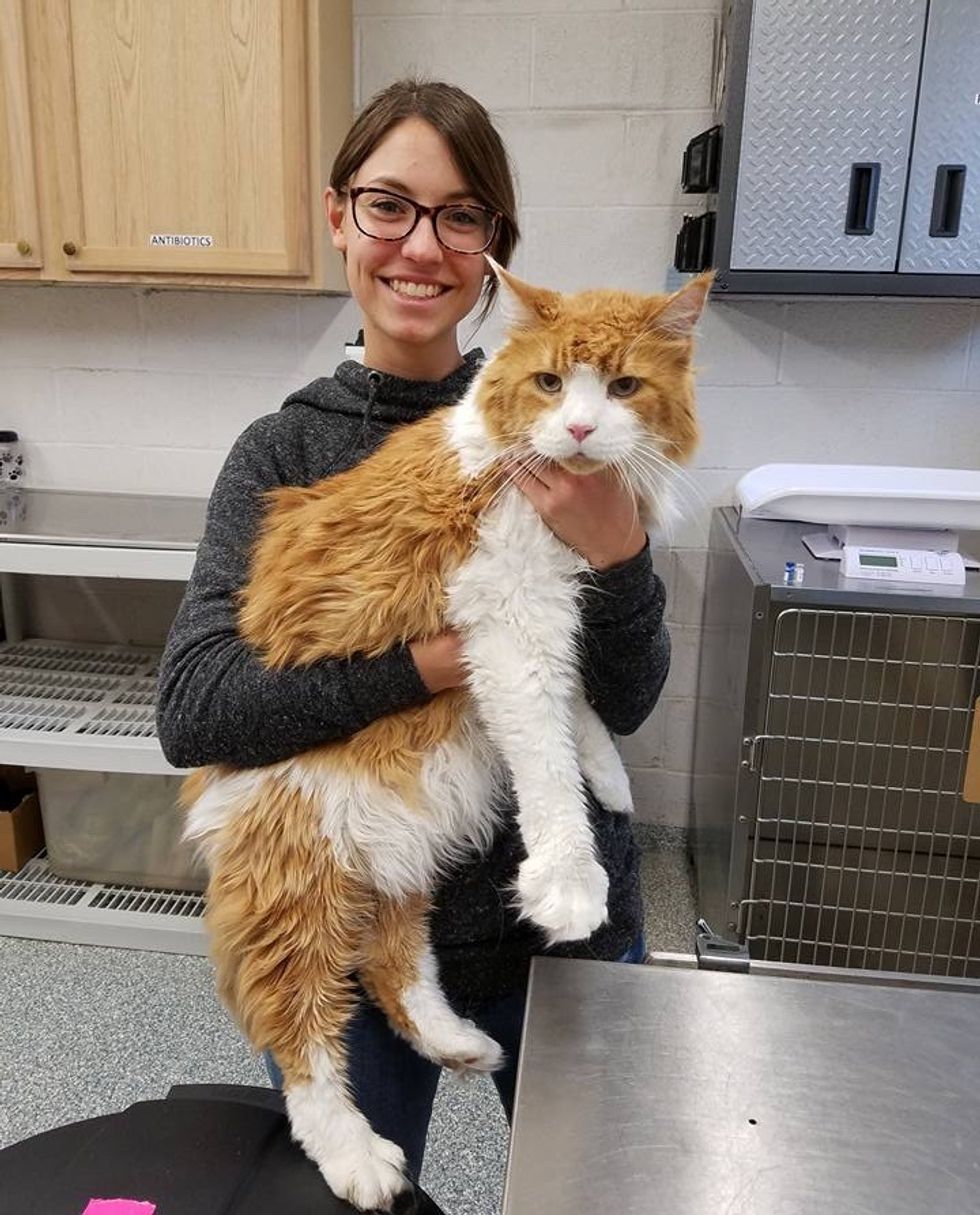 "I first saw his photo circling around Facebook on Tuesday and I was in awe. I've never seen a cat like him before and he really caught my eye. He's beautiful!" Jenna Marie told Love Meow.

Jenna suggested to her boyfriend that they should get their resident cat a feline companion, and he quickly agreed. "We went to the Humane Society to see if we would be lucky enough to take him home." 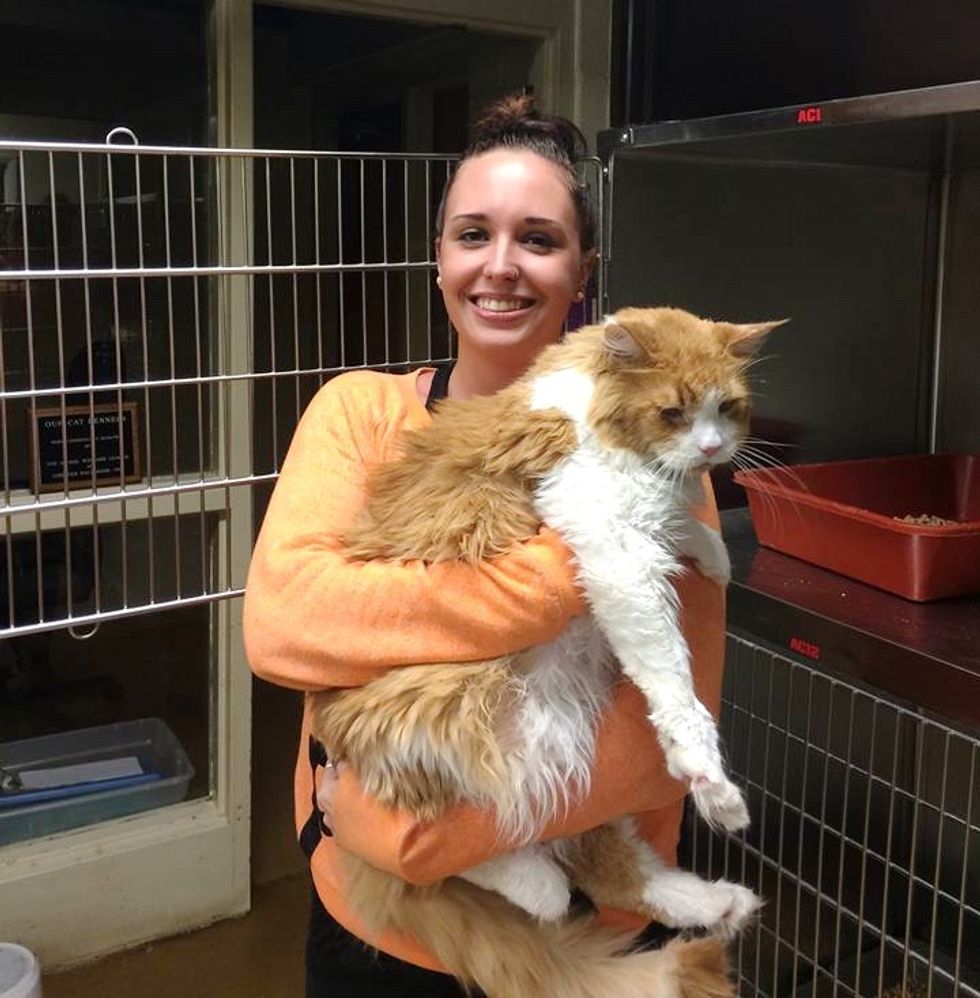 When the couple met Edgar, they received the warmest and the most friendly welcomes from a gentle giant.

"He has the coolest personality. He's affectionate and very laid back," Jenna told Love Meow.

It was a purrfect match! 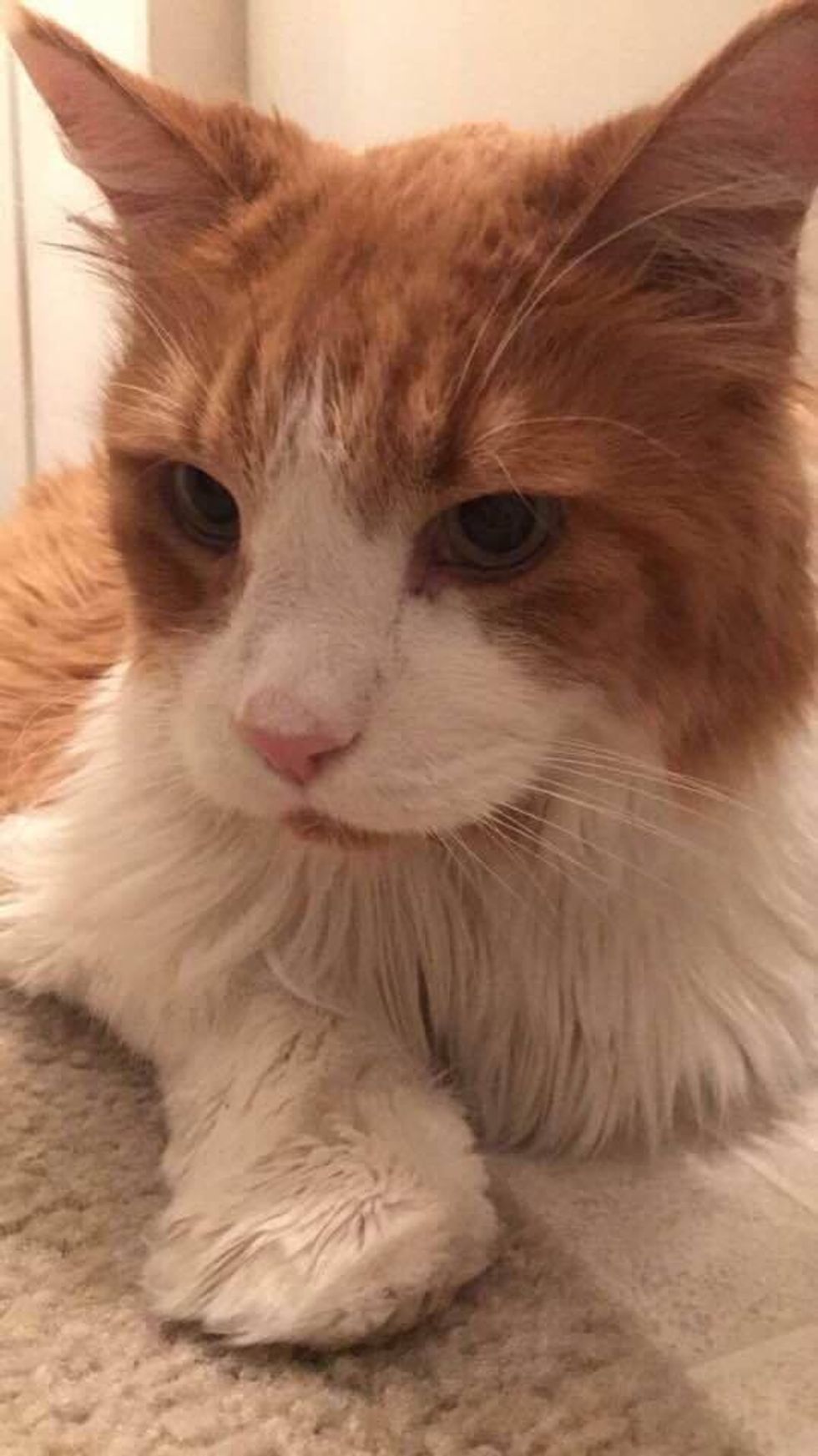 With help from social media, just hours after Edgar arrived in the shelter, he was on his way to a place he calls his own.

"He gets along great with our other dog and cat," Jenna told Love Meow.

Edgar and Loki are having some bonding time at their forever loving home. 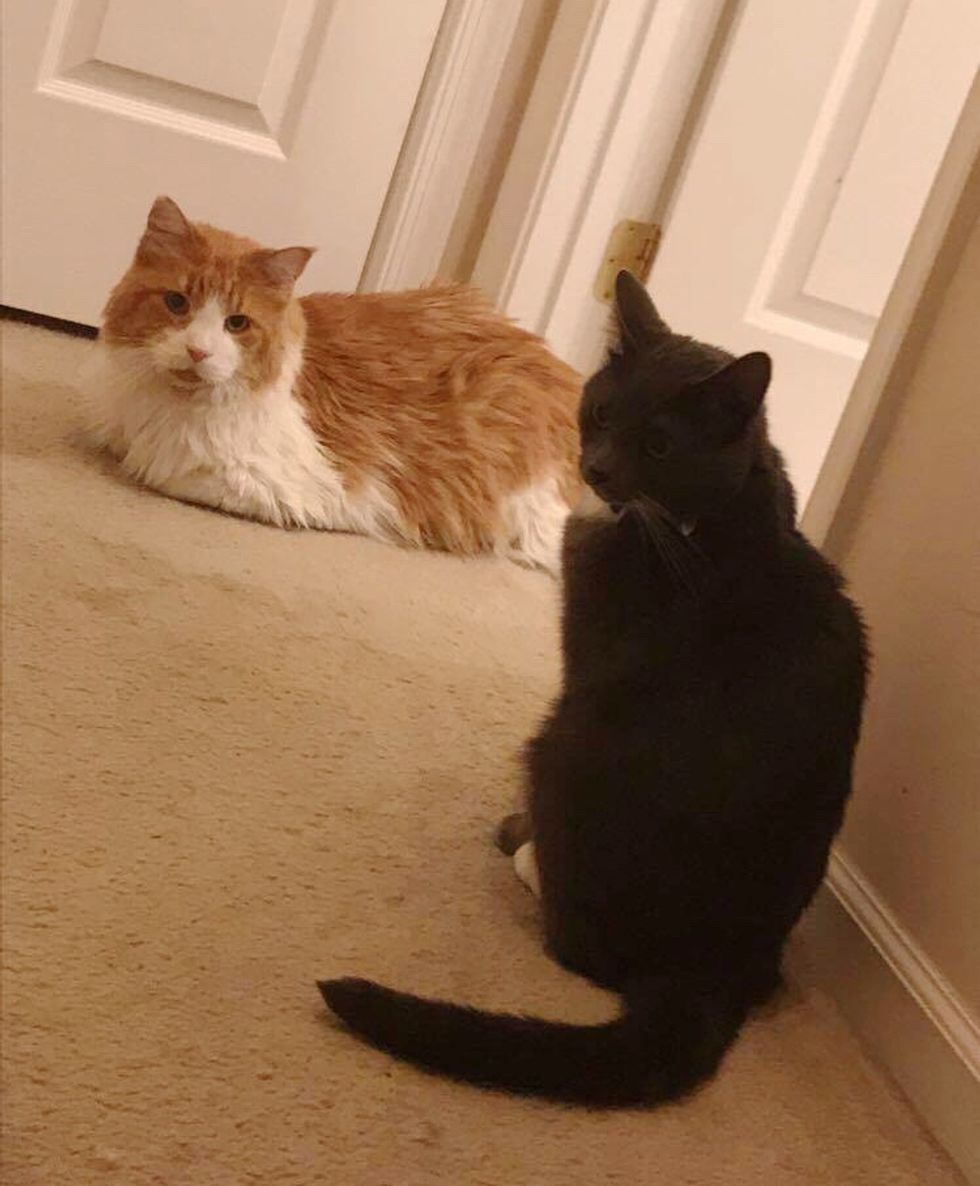 "He's settled right in as if he's been here for a long time already. We absolutely love him!"

It was a wonderful ending, and Edgar couldn't be happier. He is loving his big family. 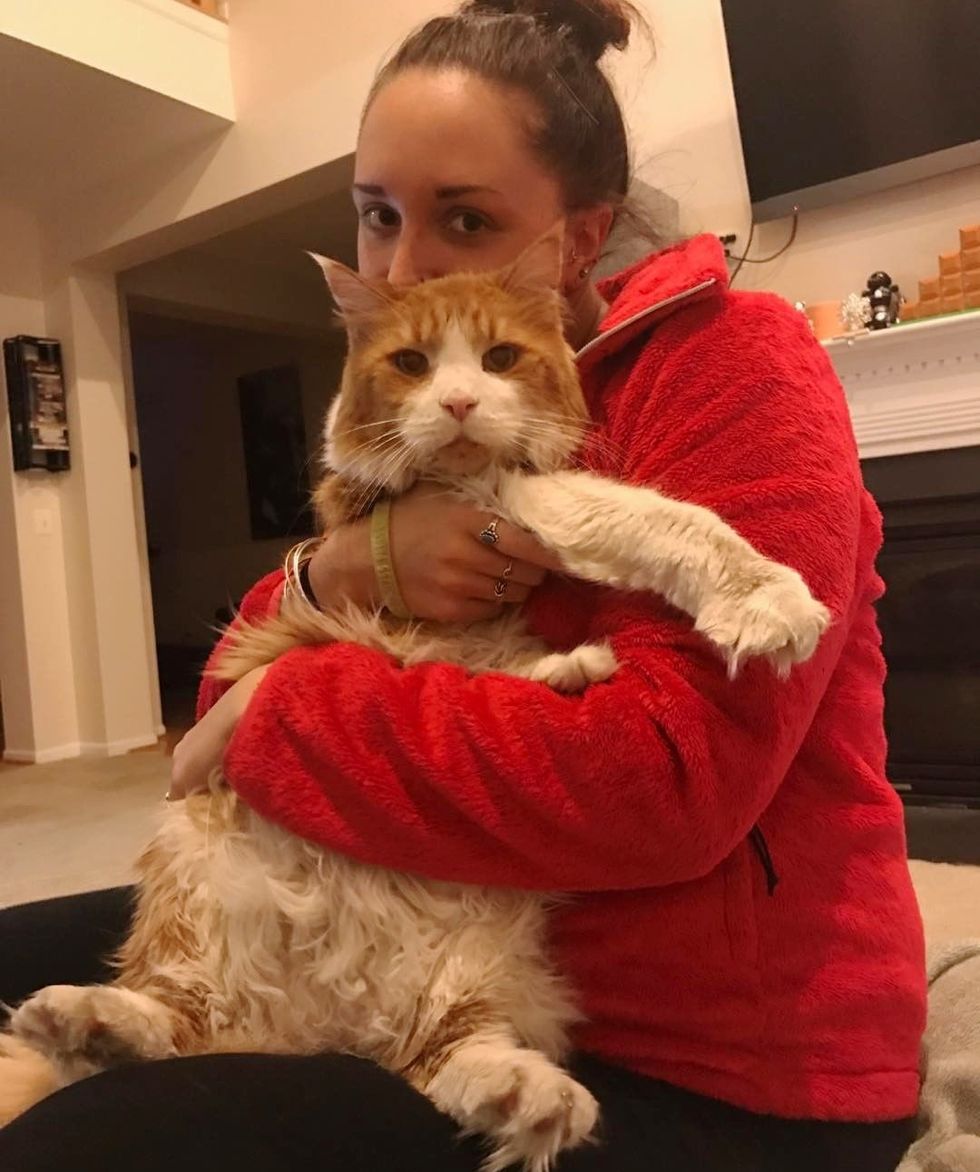 Related story: Surprises His Humans with His Sheer Size, Larger Than Most Bobcats