Ginger Kitty Takes To His Little Lookalike and Raises Him As His Own.

A tiny kitten was saved from death row by a kind family. When they introduced him to their older cat who looked just like him, the kitten became his most loyal friend.

His name is Johnny! 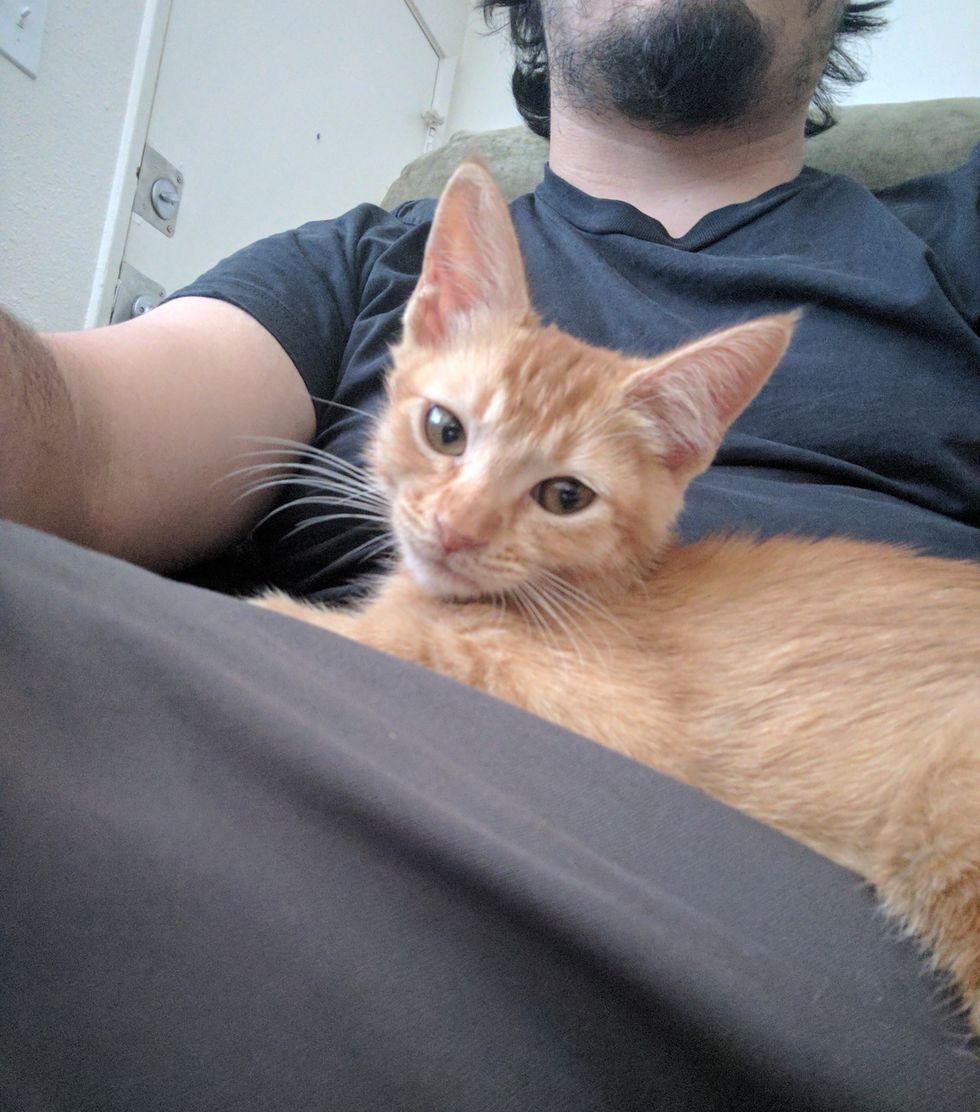 After learning about the kitten's plight at a high kill shelter they rushed to get him out of there before it was too late.

They have a ginger cat (Monster) who is also a rescue from a hoarding situation. The big kitty wasn't prepared to have a new feline member to join the household that he'd ruled alone since his arrival.

"Monster was a bit unhappy at first. He wouldn't even talk to us. Whenever the kitten tried rubbing against him he'd get up and move," imgur user UncleKitten told Love Meow.

But soon that was about to change! 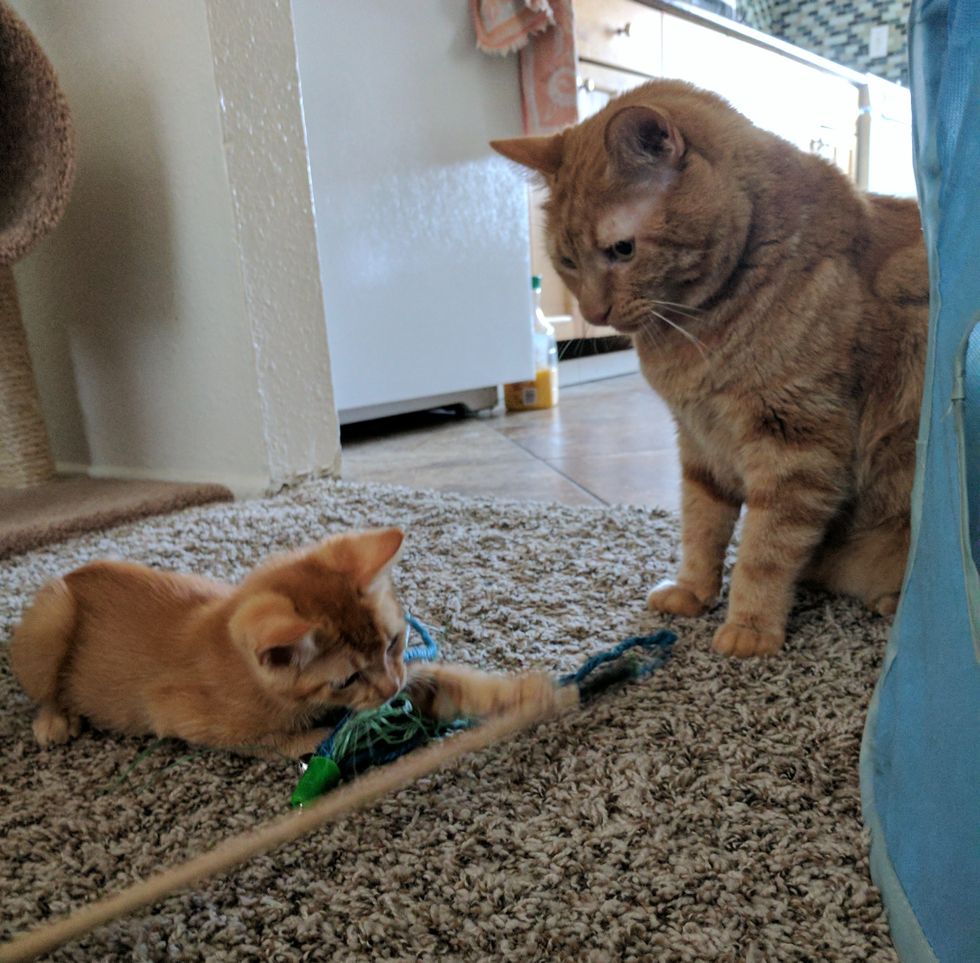 The big kitty wasn't so sure about sharing his comfy bed with the little one but the kitten forced his way in and curled up next to him, purring up a storm.

The little one insisted to be loved by the big kitty whether he liked it or not. After a lot of persistence, Monster gave in and had a change of heart towards the little one. 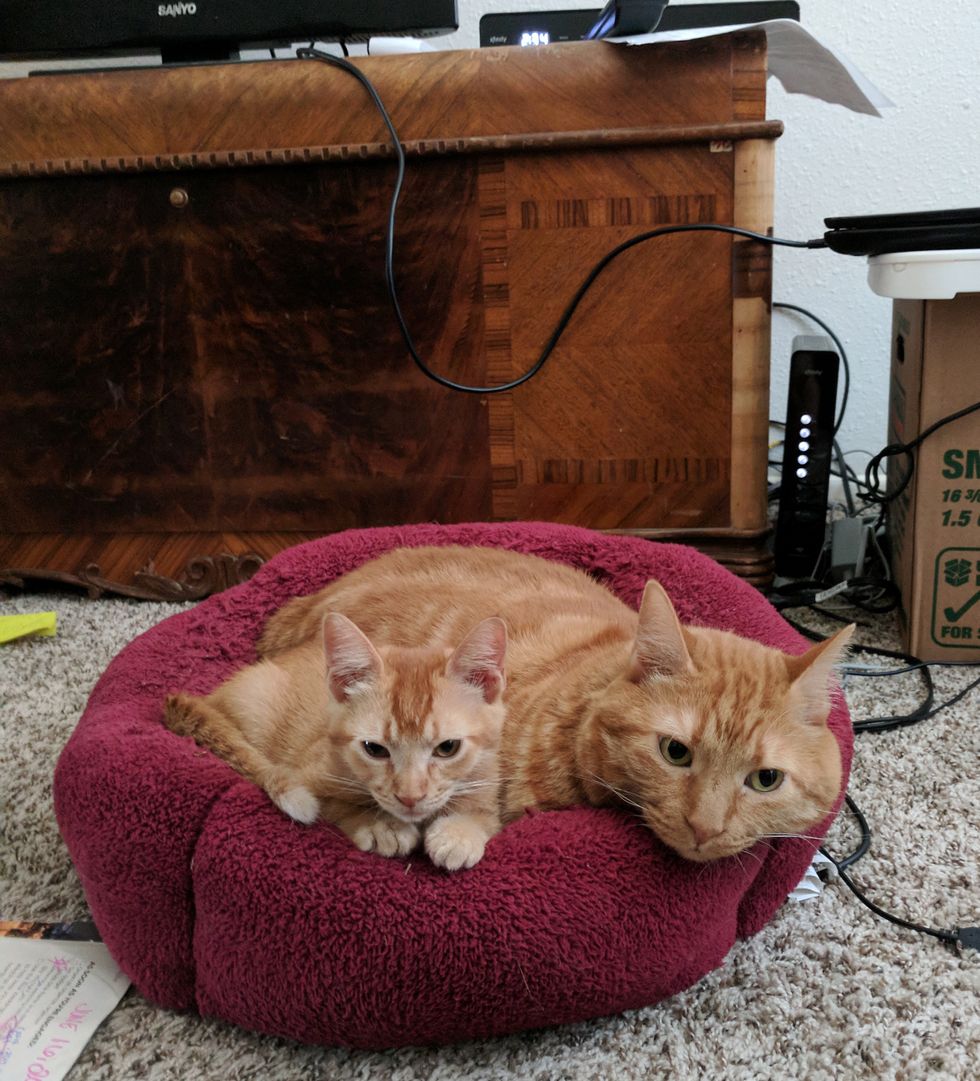 The kitten was eager for love and wouldn't take no for an answer.

"This little fella is gracing our family with his cuteness," he said. "They play now and Monster vigorously cleans the kitten every chance he gets." 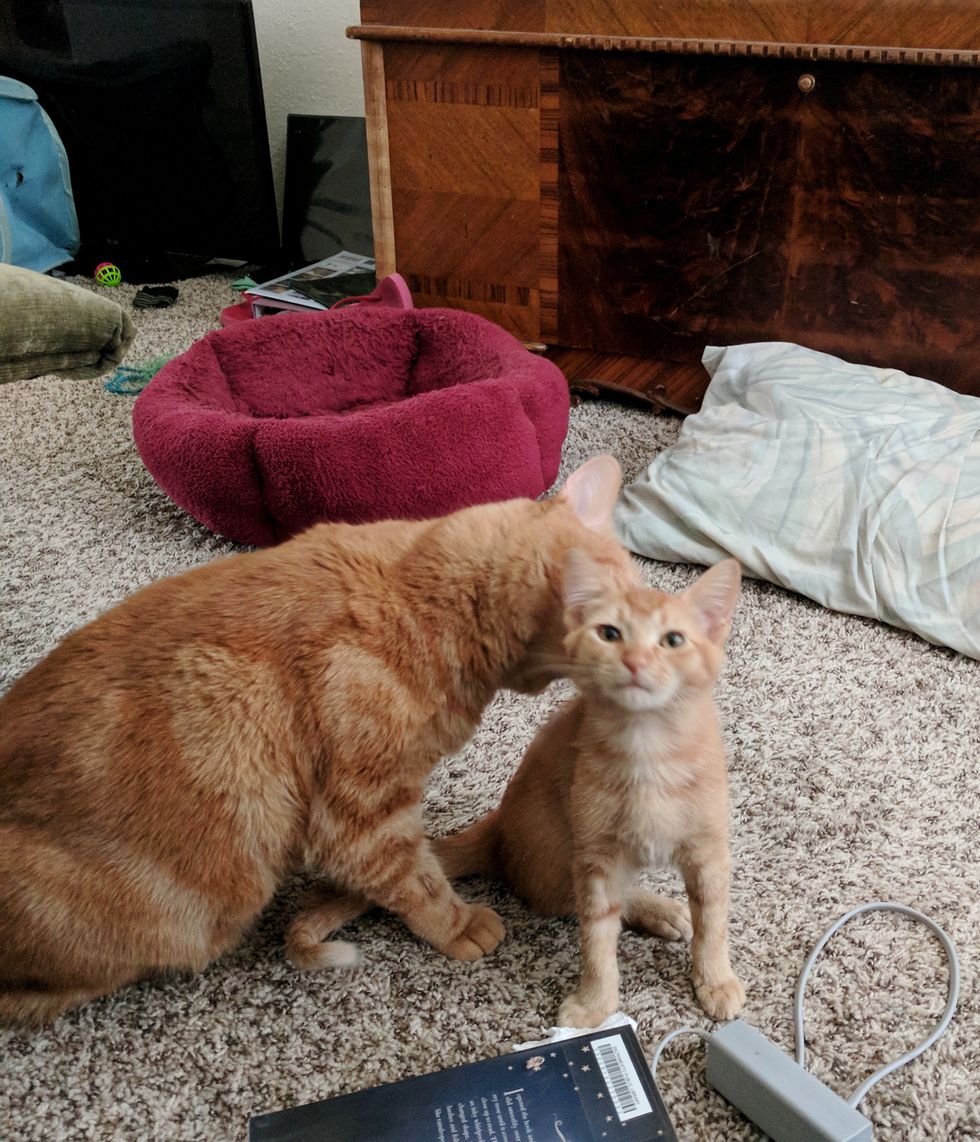 Now they are completely inseparable. 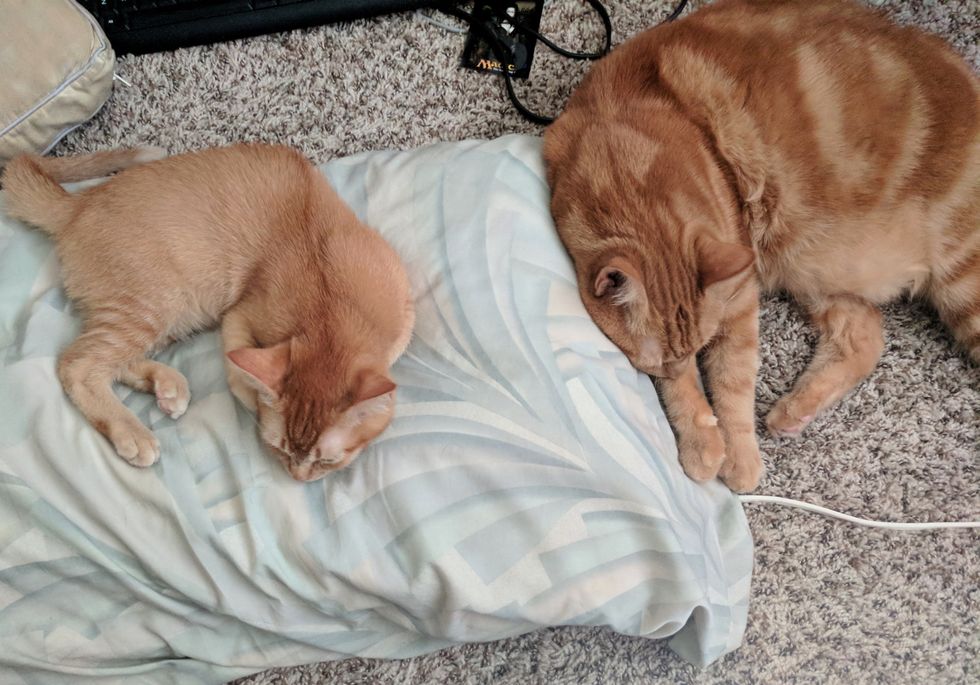 Monster is very protective of his kitten and wouldn't let him out of eyeshot. 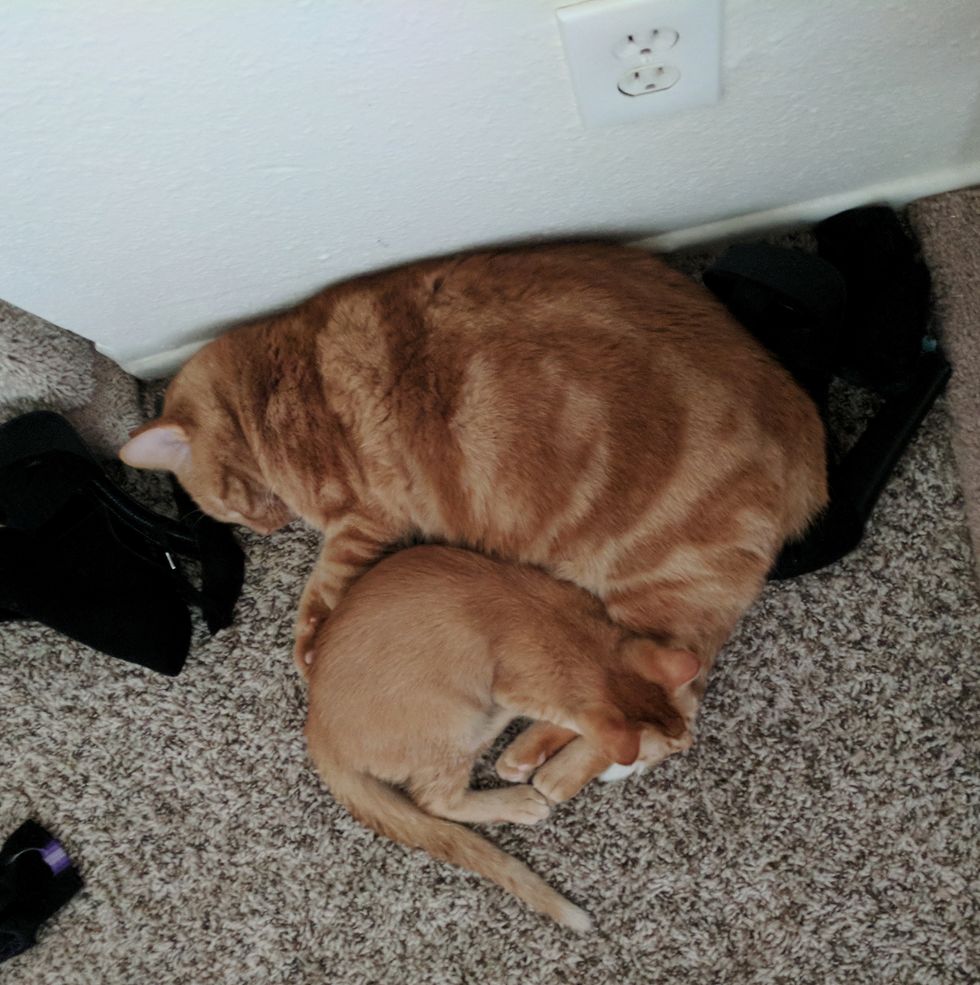 The big kitty shows his tiny protege all the cool things around the house and teaches him how to be a cat! 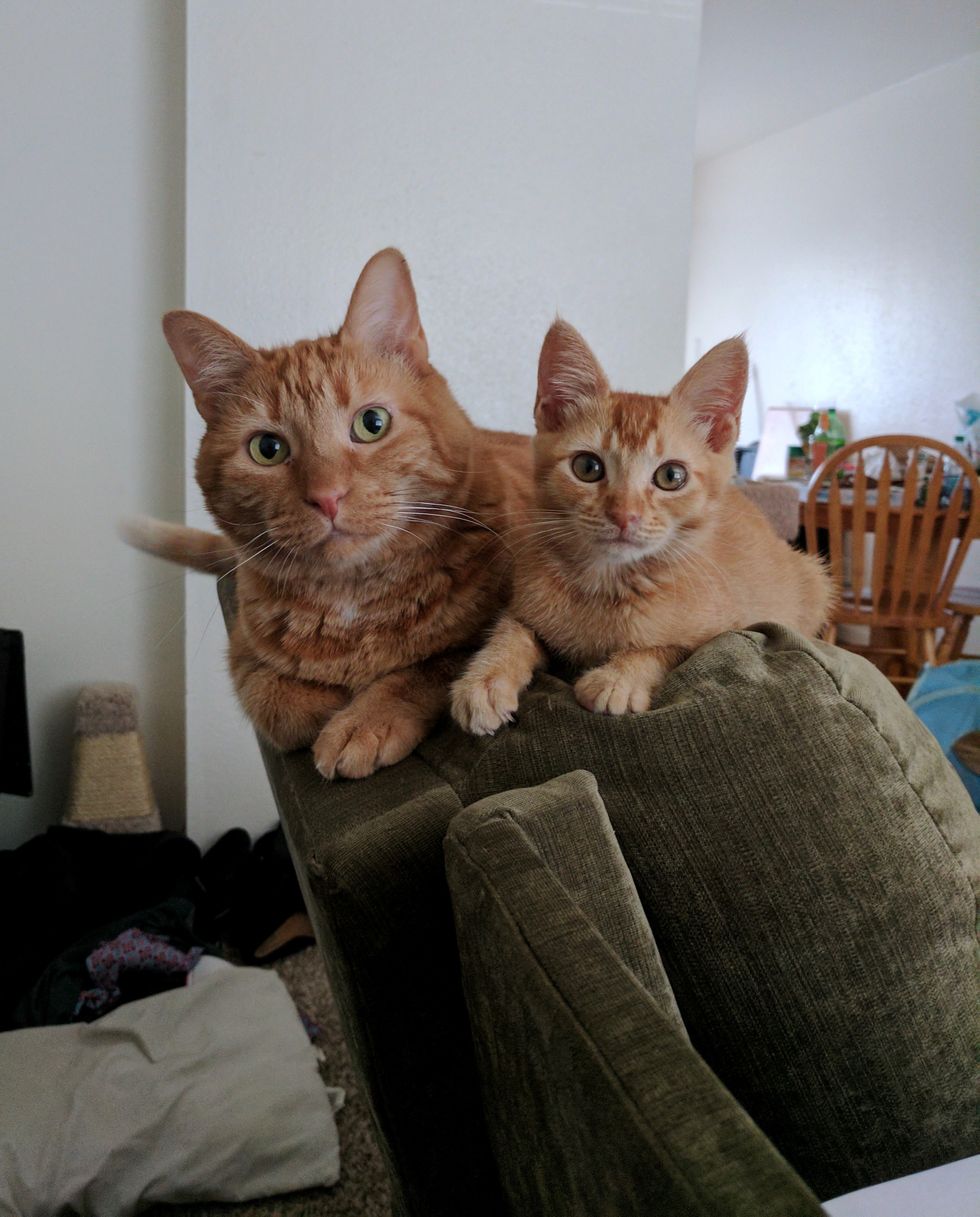 Monster and his little mini-me.imgur/UncleKitten

They brought home a little kitten in need of love. Now he has someone to cuddle with always. 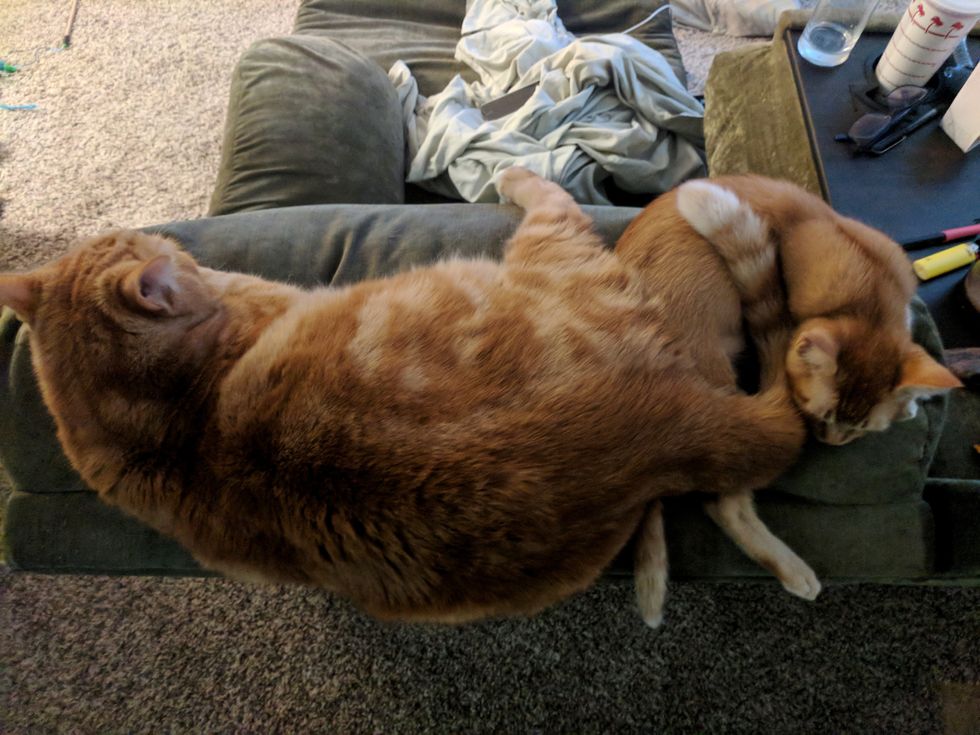