Kitten Showed Up in Family Garden Wanting a Home, They Didn't Stand a Chance

A friendly little kitten showed up in a family garden in Ireland. She walked up to her human friend and wanted to come inside. The human didn't stand a chance. 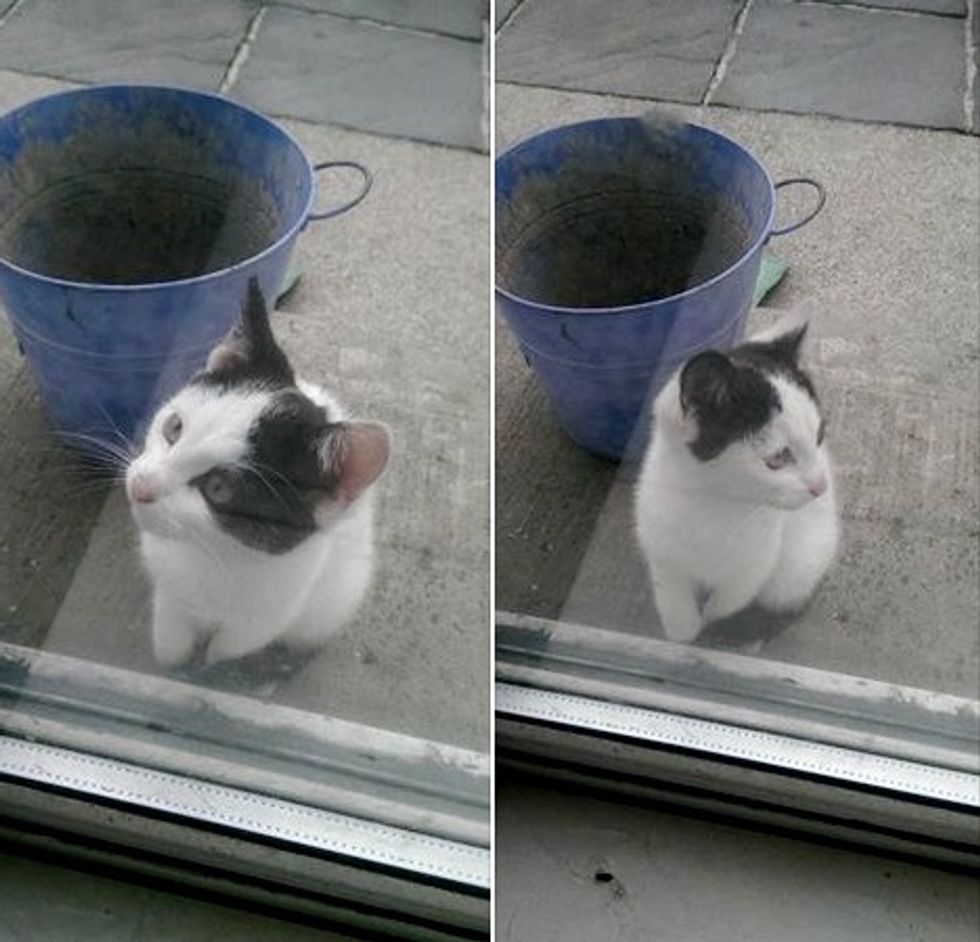 "I found her in my garden with two burnt paws and a filthy coat... She was around 3 months according to the vet," Niamh told Love Meow.

The kitten was taken to an animal clinic where they thought she might have been trapped in the car engine, but she was in good health otherwise.

The little stray was extremely friendly and litterbox trained. "She must have had humans at some point."

Niamh began to search around the neighborhood, hoping to reunite the kitten with her family. 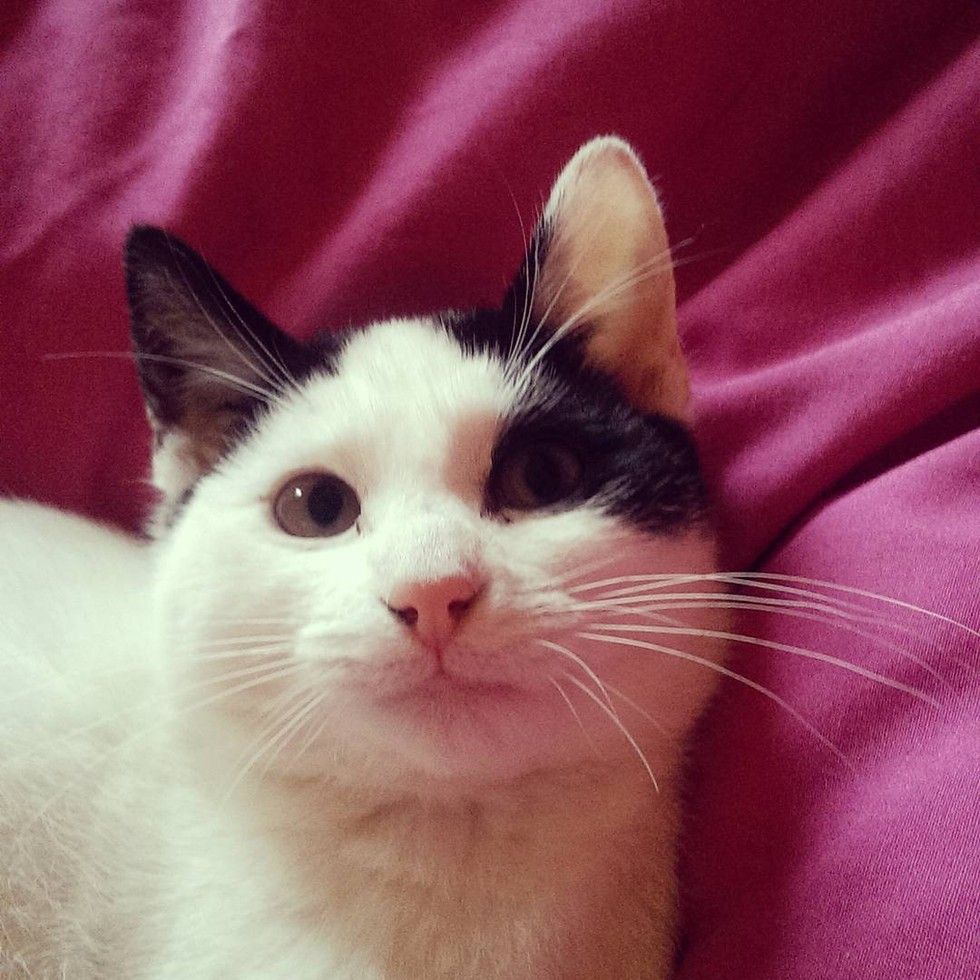 "No one claimed her after repeated attempts to find her owner," Niamh said.

The kitten needed a home, so she adopted her.

"I named her after Taco from The League, adding the Belle when I figured out she was a she.

"All my animals have food related names so Taco kinda works. (Lily Pancakes, Chicken and Pudding are the other animals)." 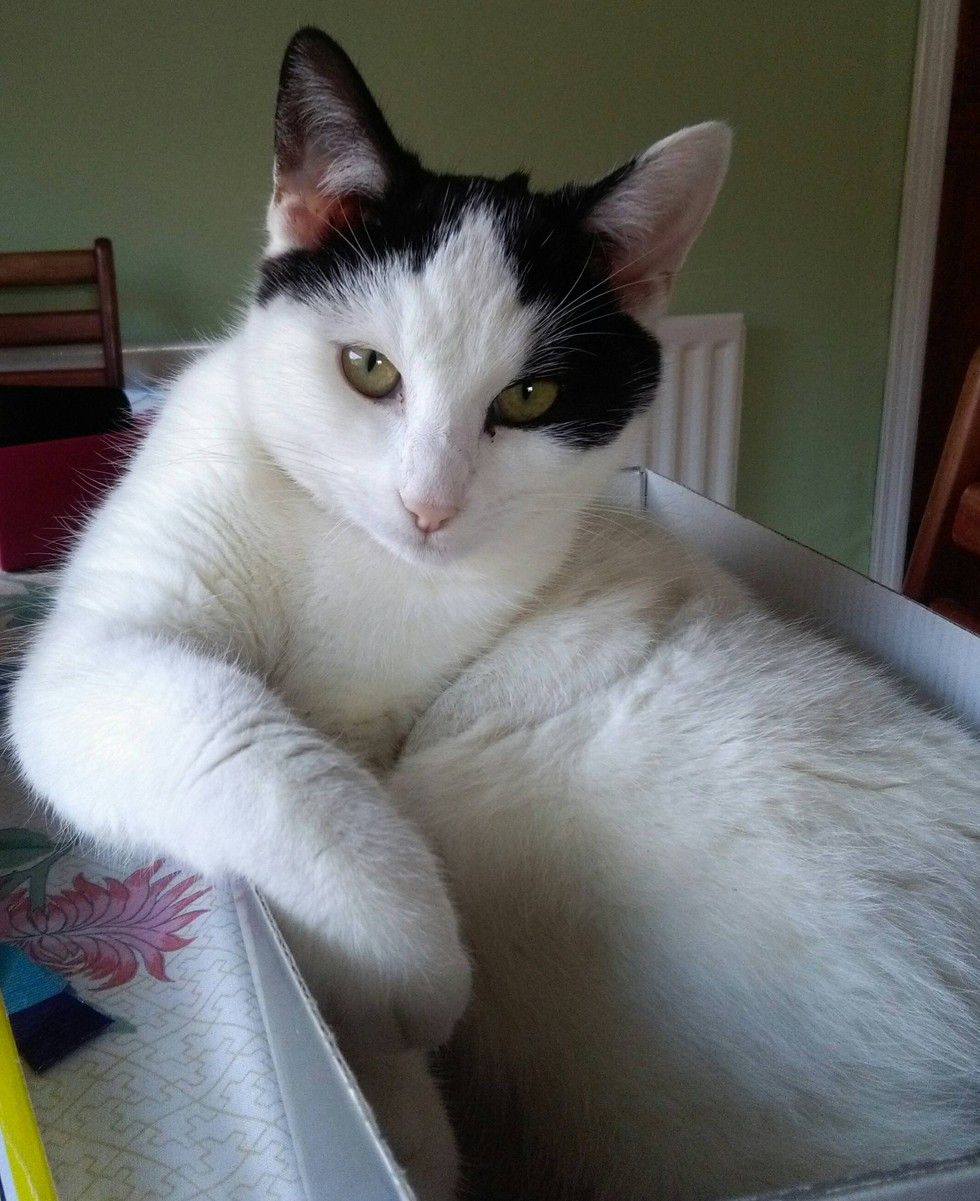 Taco Belle sneaks up from atop to give her human a surprise. "Nowhere is safe from Taco."

Now she runs the household along with her furry siblings. 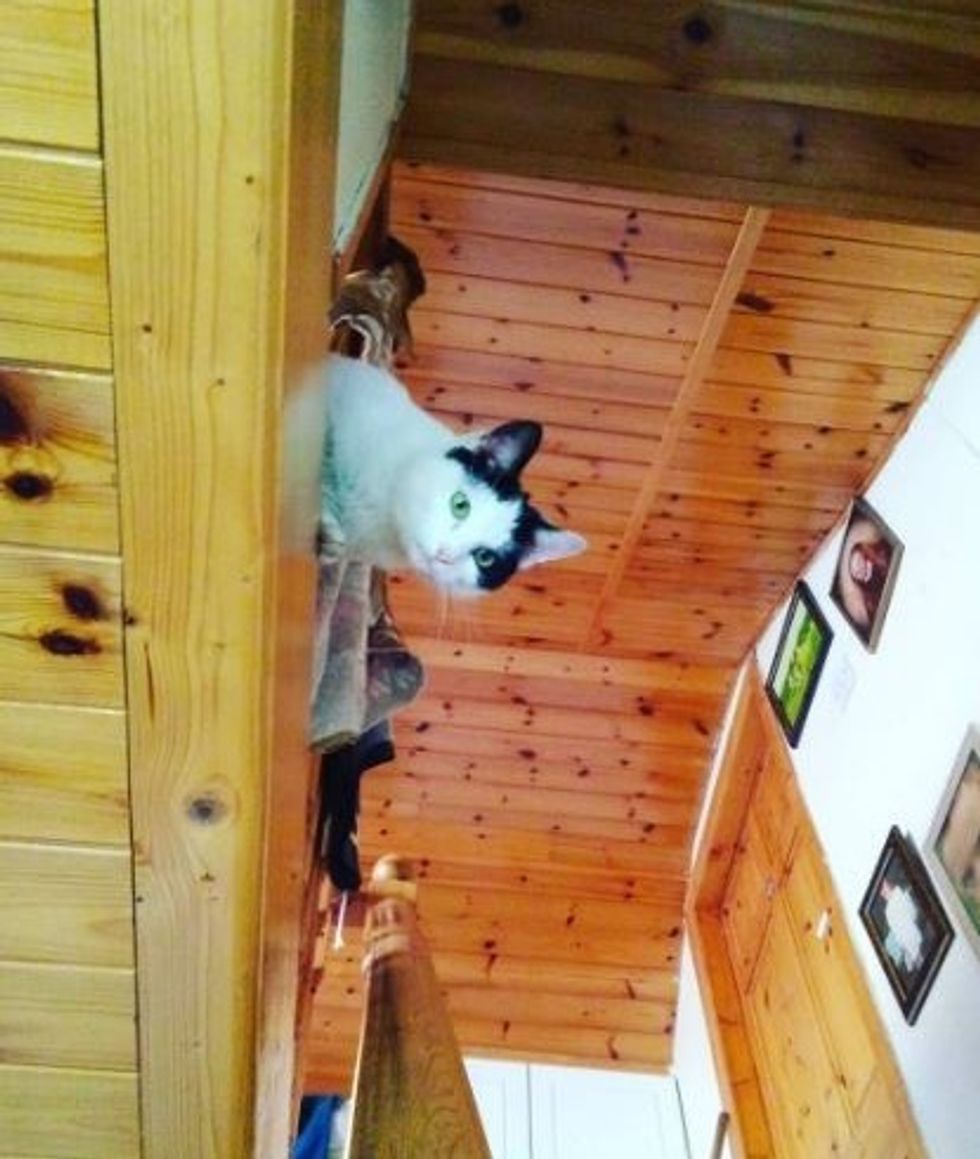 Every morning Taco wakes up her human and demands attention.

The kitty is full of energy and quirks. 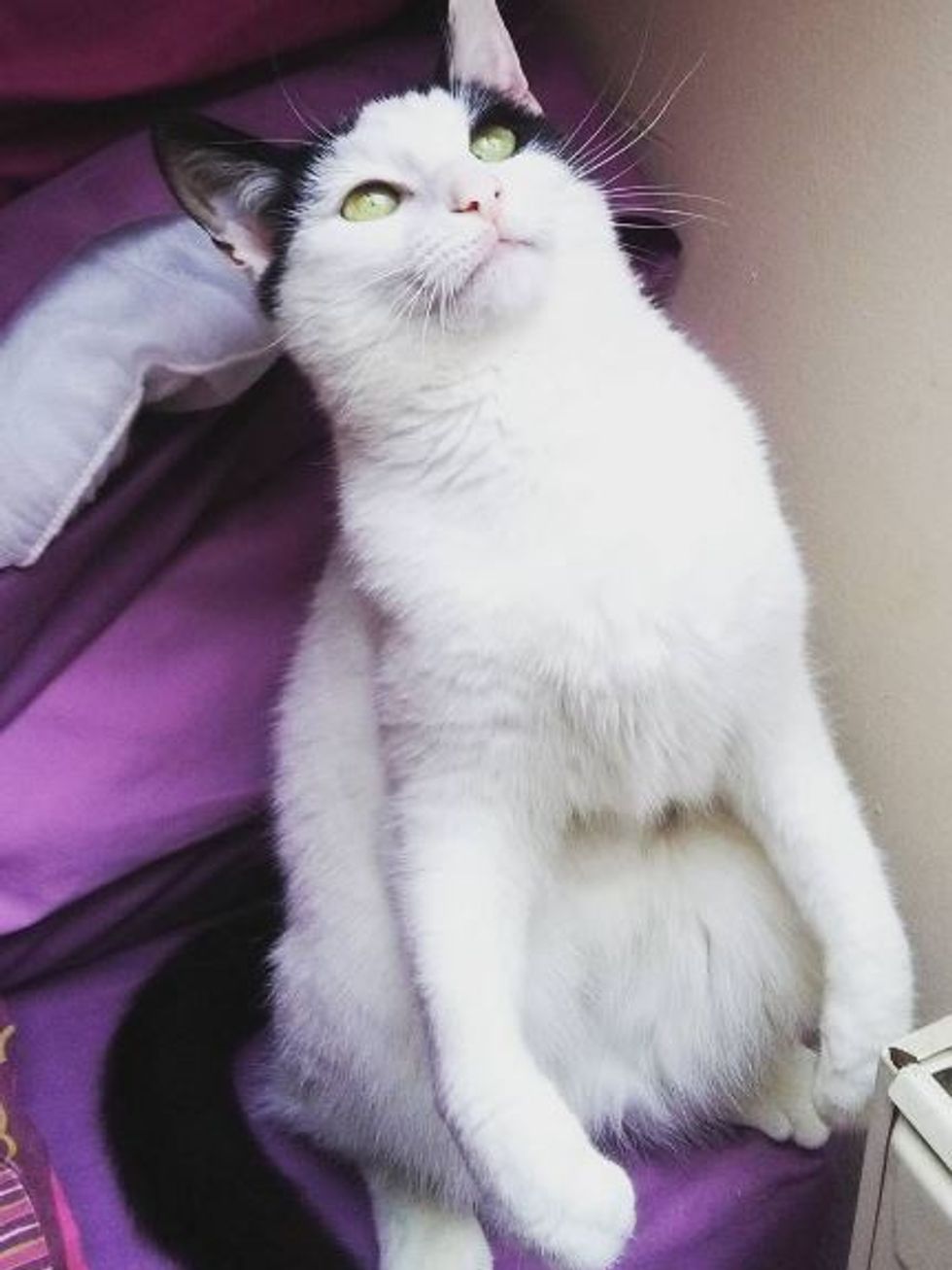 "She has a weird little tuft on the top of her head... It's slightly longer and stands up right. It's the cutest thing," Niamh said.

"I like to think that it has magical powers..." 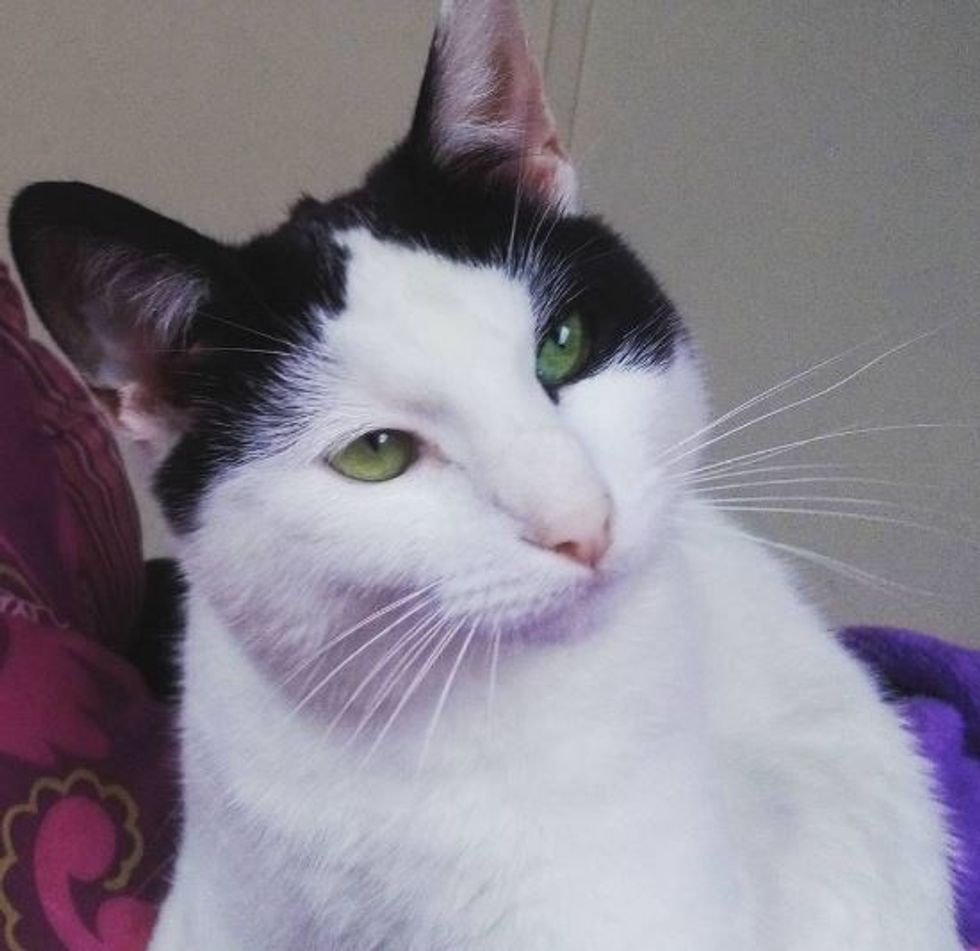 Taco Belle loves to 'help' Niamh whenever she studies and share 'her bed' with her at night.

Hugging her human's foot during a nap. 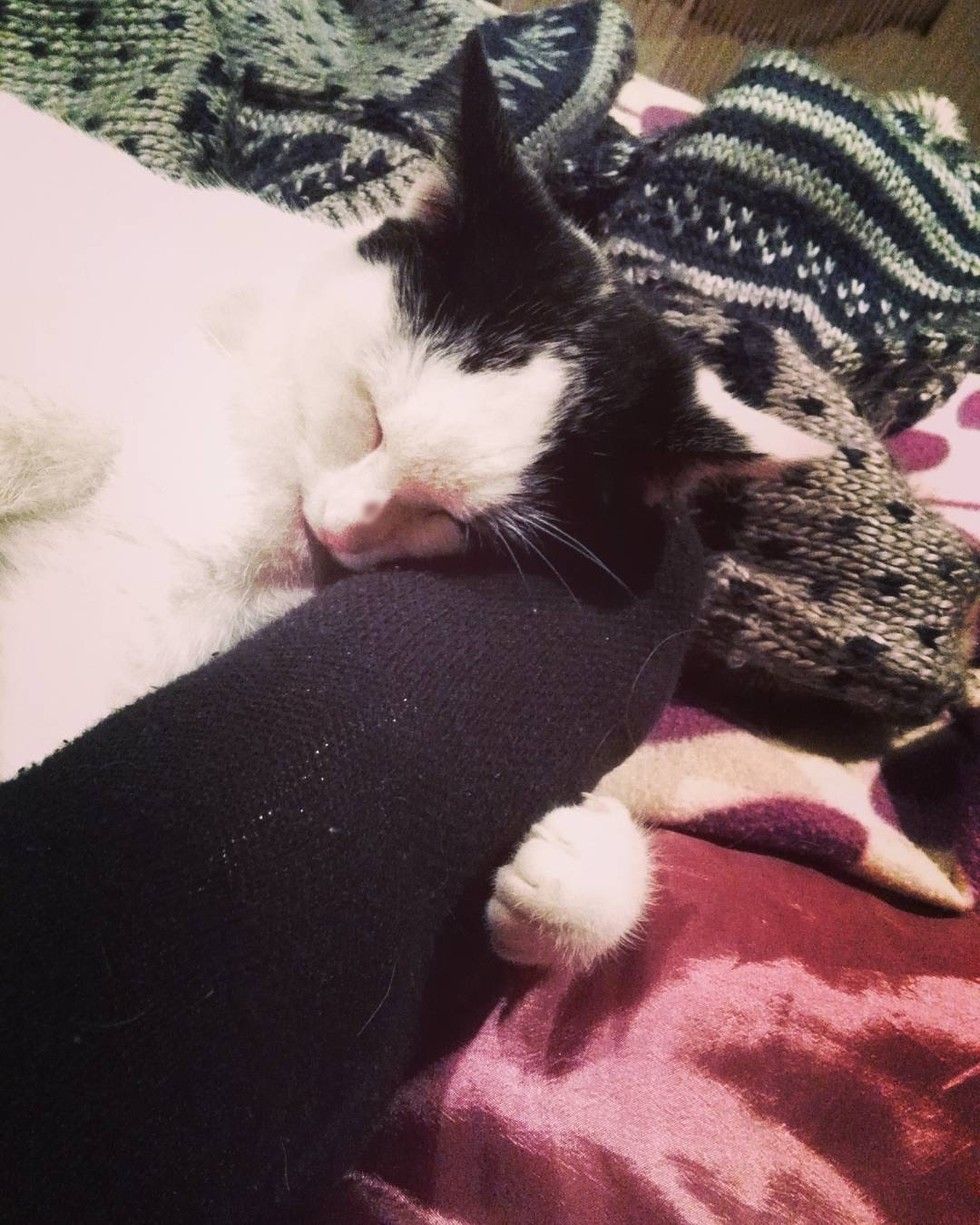 It's been a year since Taco appeared in the garden and chose the place to be her home.

She's loving her life and couldn't be happier! 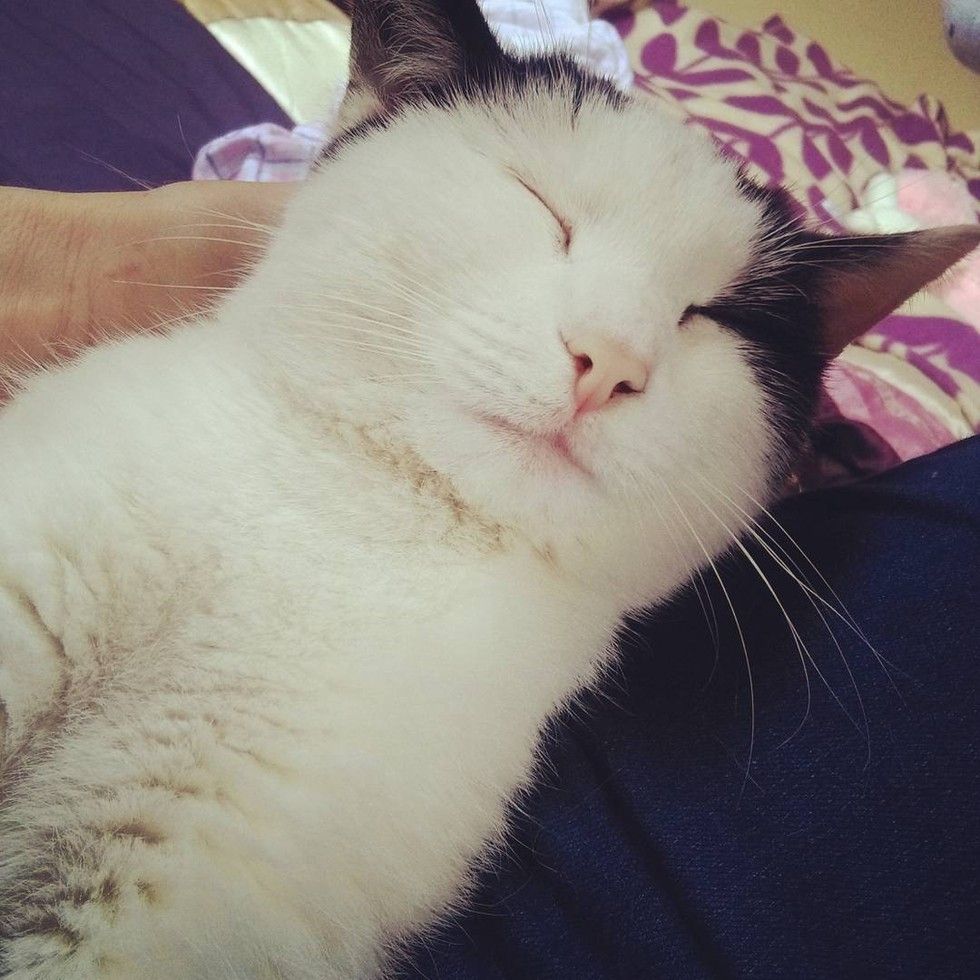 When a cat chooses you, it means forever. Share this story with your friends!