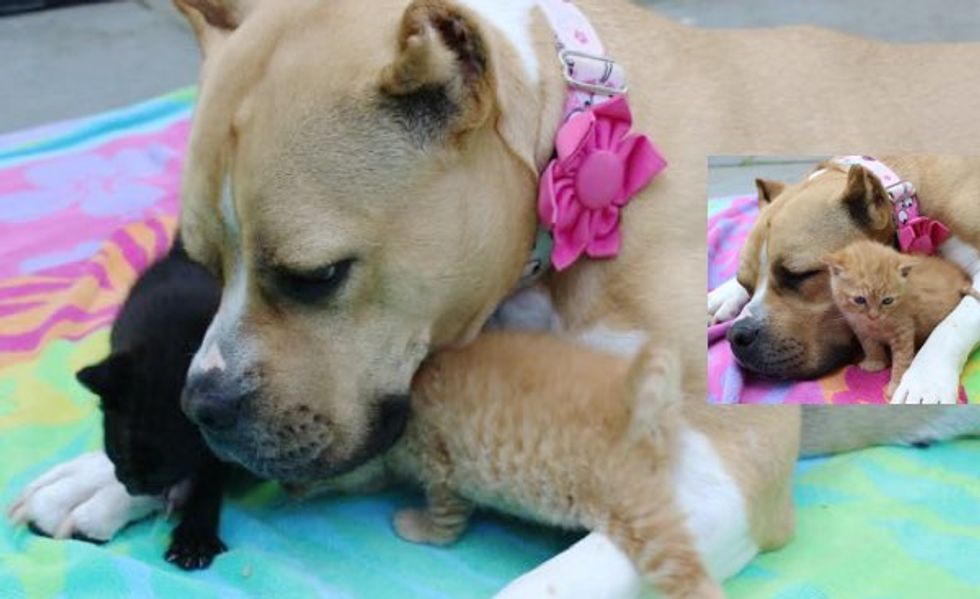 Homeless Kittens Find a Rescue Dog to Be Their New Mom!

Two homeless kittens were taken in by a rescue dog who became the mother they never had.

Ms. Jackson is a rescue dog who has a big heart, especially for little foster kittens. She was adopted to a family that brings in foster kittens. When they brought back a pair of homeless kittens from the shelter, her motherly instinct kicked in and started cleaning and caring for them like a mother would. The kittens fell in love and began to nurse on their surrogate mom.

"She was letting them try to nurse this morning...it was too much," said jeckhrdt via imgur.

Ms. Jackson's new foster kittens. They are her babies now!

She's very protective of them...

...and always keeps them by her side.

The kittens love to snuggle with their new mom...

A hug makes everything better!

After a long day, they snuggle up for a nap together!

We don't have an actual video of Ms. Jackson and her babies, but we can only imagine it might look something like this: