A tiny kitten with bent front legs found her saving grace and hopped her way into her rescuer's arms. 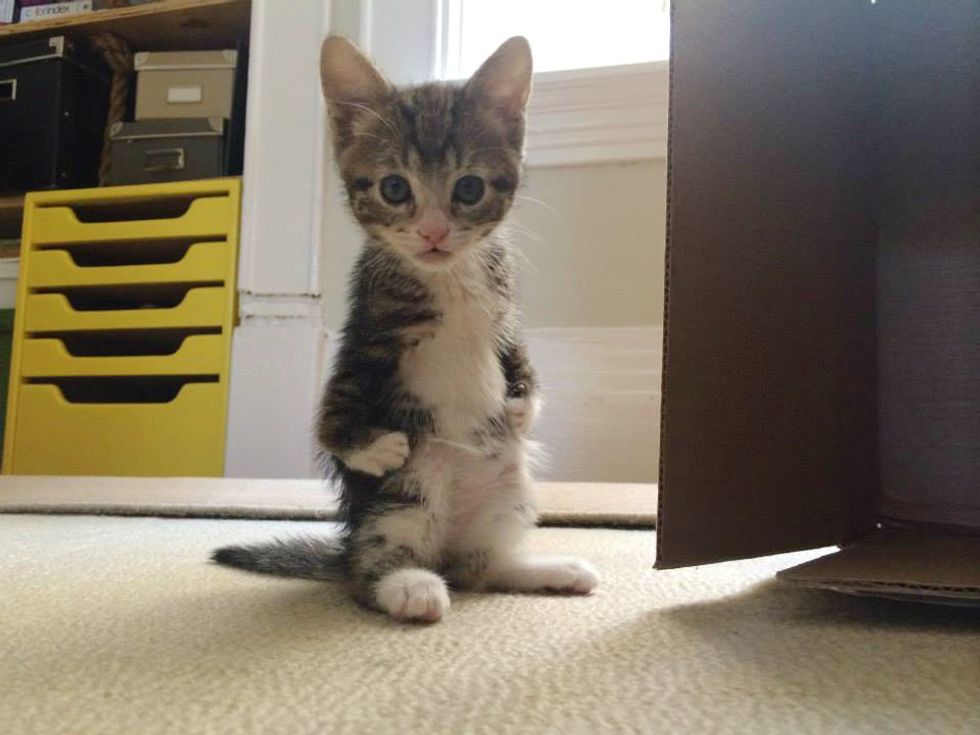 Kanga was brought into a vet clinic in far Northern California for euthanasia. She was just four weeks old and all she wanted was someone to snuggle.

When Cheryl came across this kitten at the clinic, she immediately noticed how special she was.

Kanga was born with a condition called radial agencies, a congenital defect which affects the formation of the radius bone in the arm. Kitties like Kanga have difficulty using their front legs to hold weight. 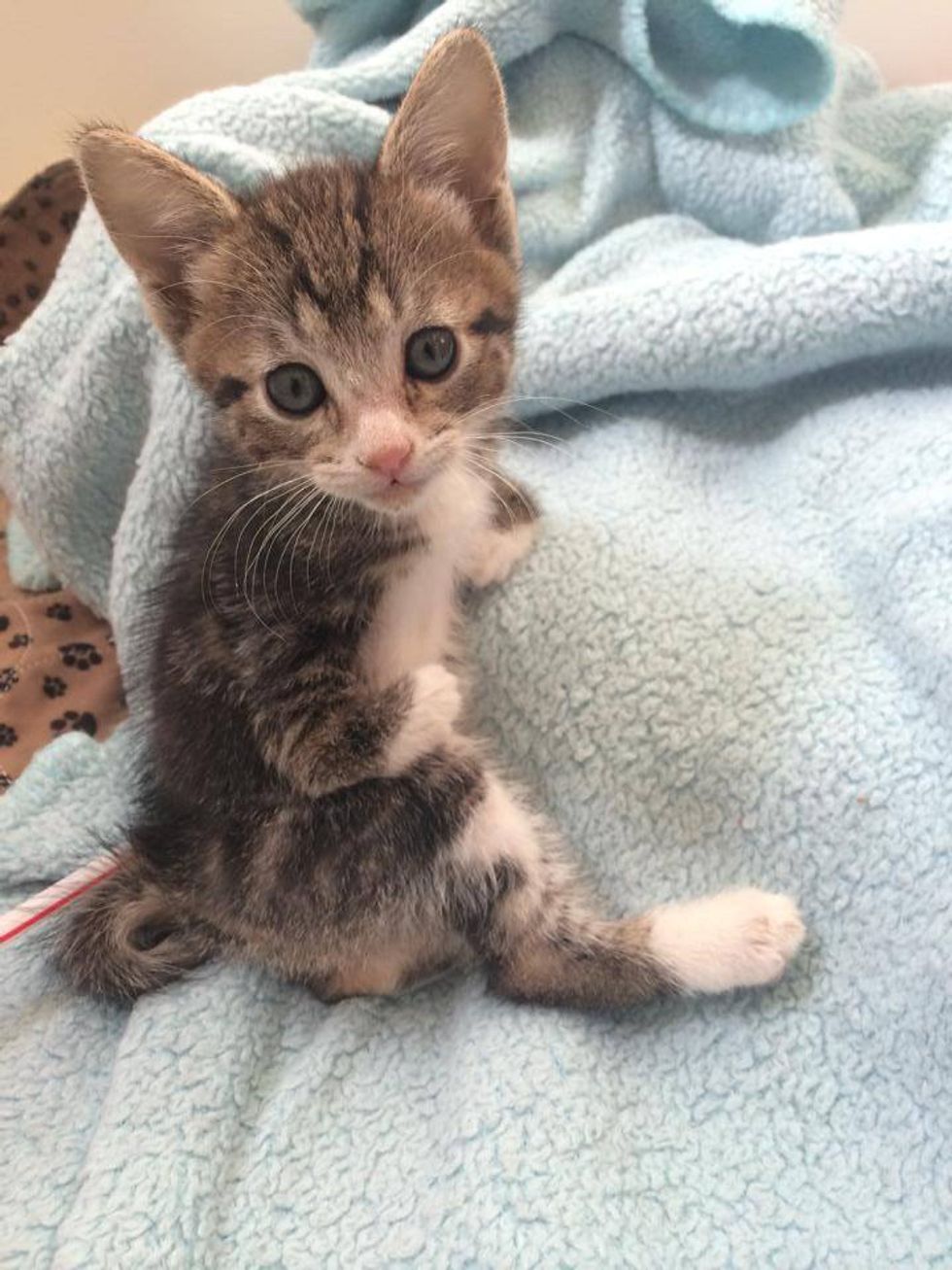 Cheryl contacted Saving Grace Rescue in San Francisco, hoping they could rescue her.

The tiny one-pounder was taken out of the clinic by her rescuer, and once she arrived at the shelter she was hopping around her new surroundings and getting in and out of the litter box like a pro. 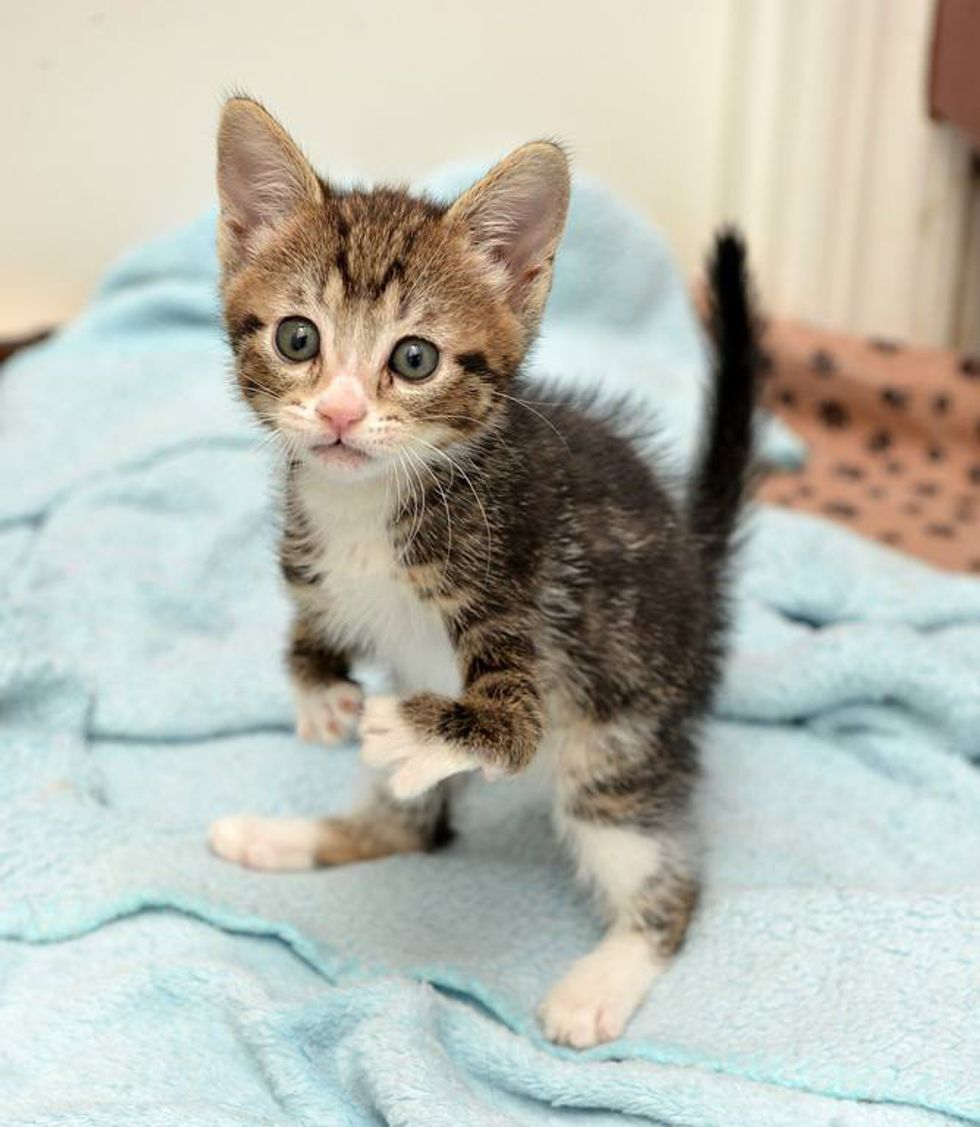 Josh Norem of The Furrtographer

The affectionate little tabby rubbed her nose on her rescuer's fingers and waved those tiny front legs trying to hold her hand.

Joyce and her family learned about Kanga's story and immediately offered to adopt her.

"We saw a video of her and fell in love. Because she was a petite girl, it took a few more weeks to reach 2 lbs, the weight necessary for spaying surgery," Joyce said.

On June 28, 2014, Kanga moved into her new home and was welcomed by her feline and canine siblings. She was hopping and jumping for joy at her forever home! 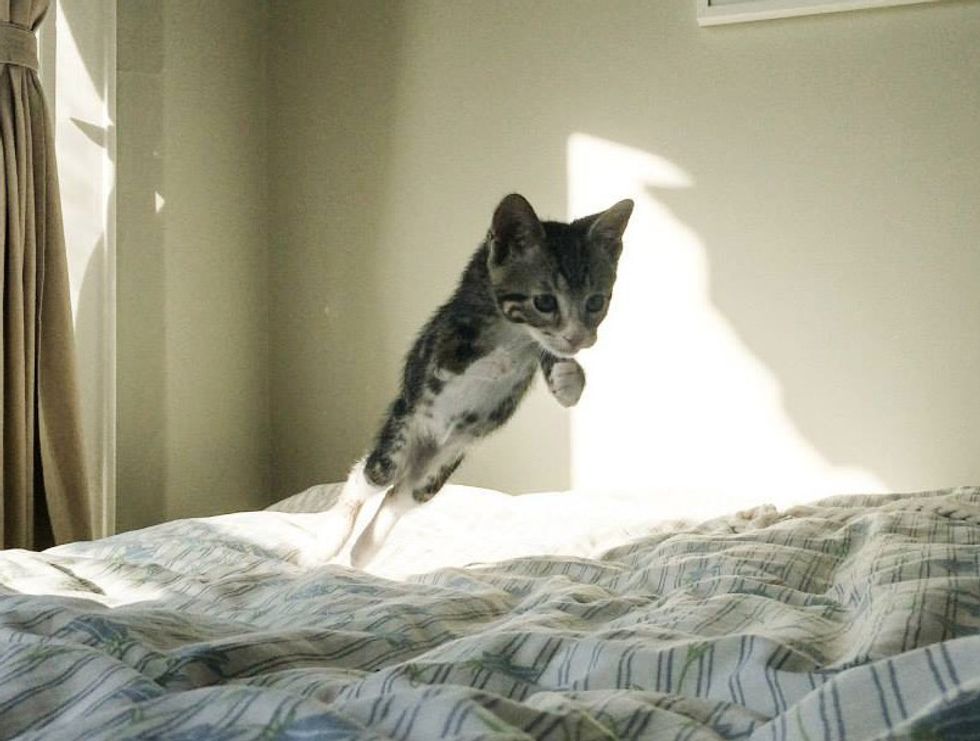 Skittles the tabby took to Kanga and became her protective sister. 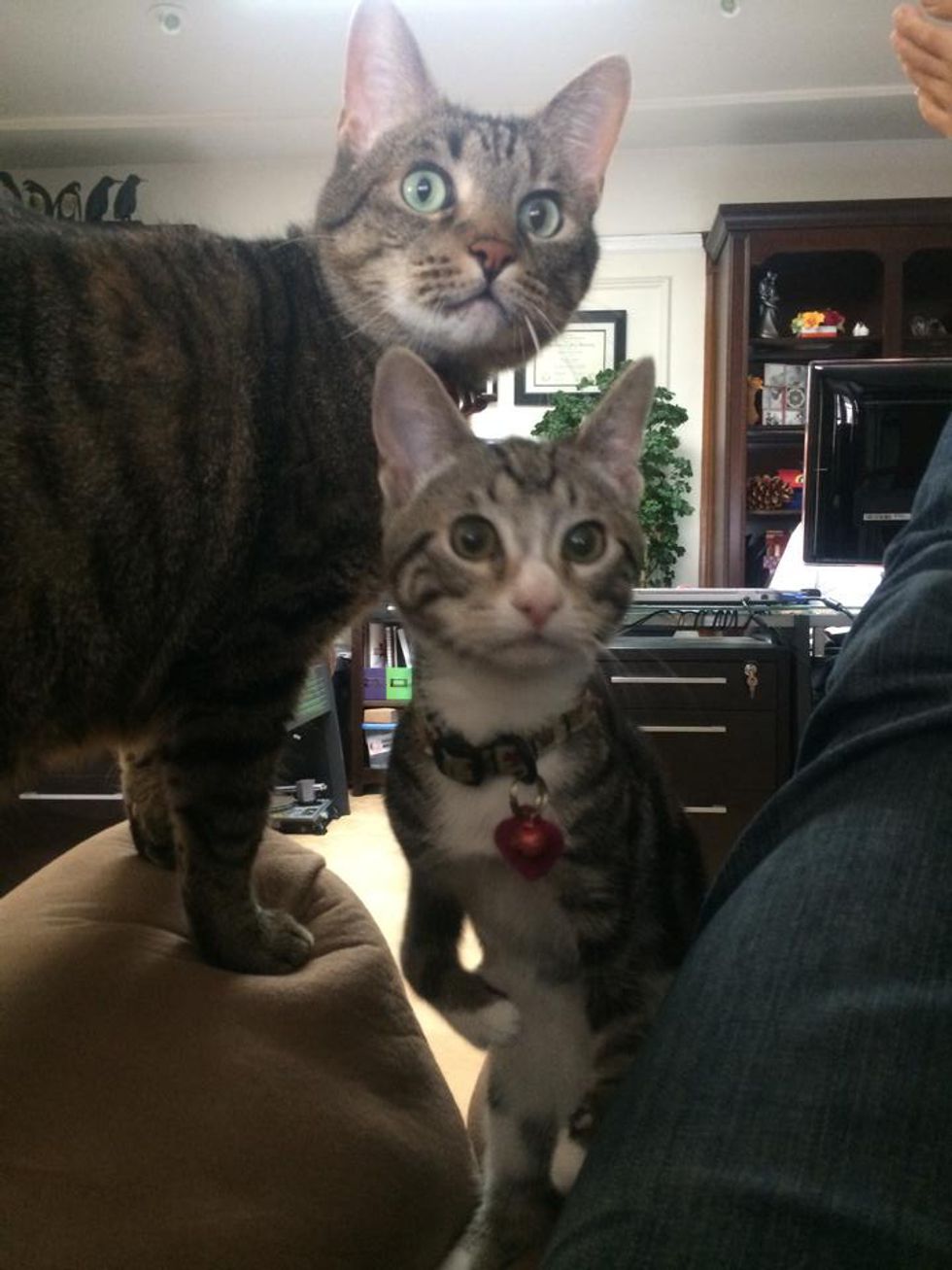 Getting some mandatory cuddles from the big sister! 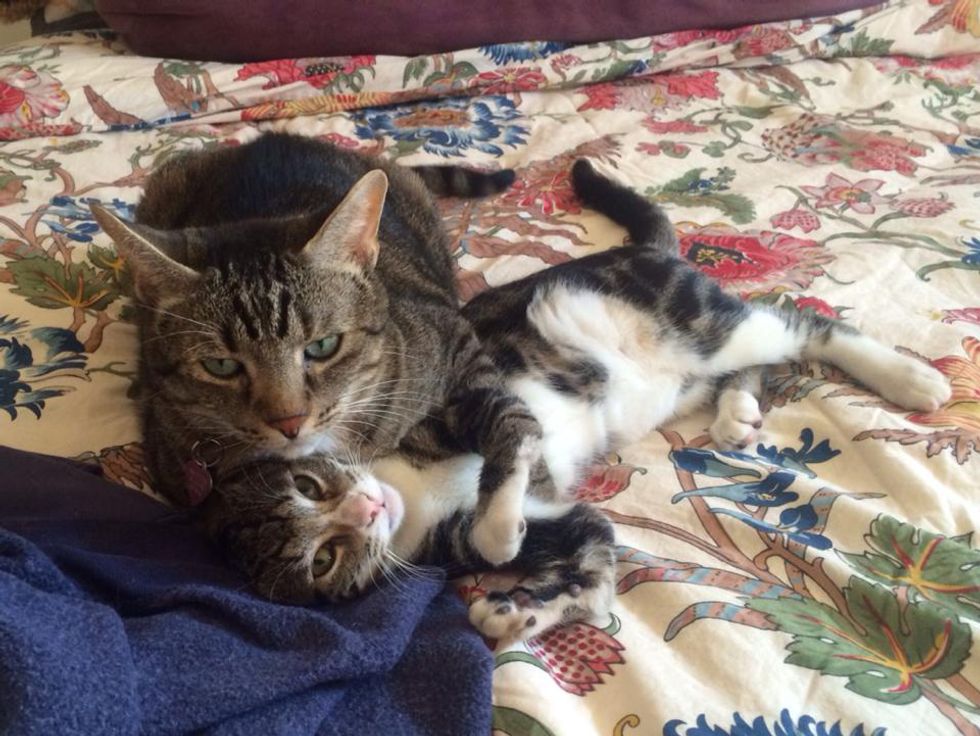 Kanga Roo all grown up! 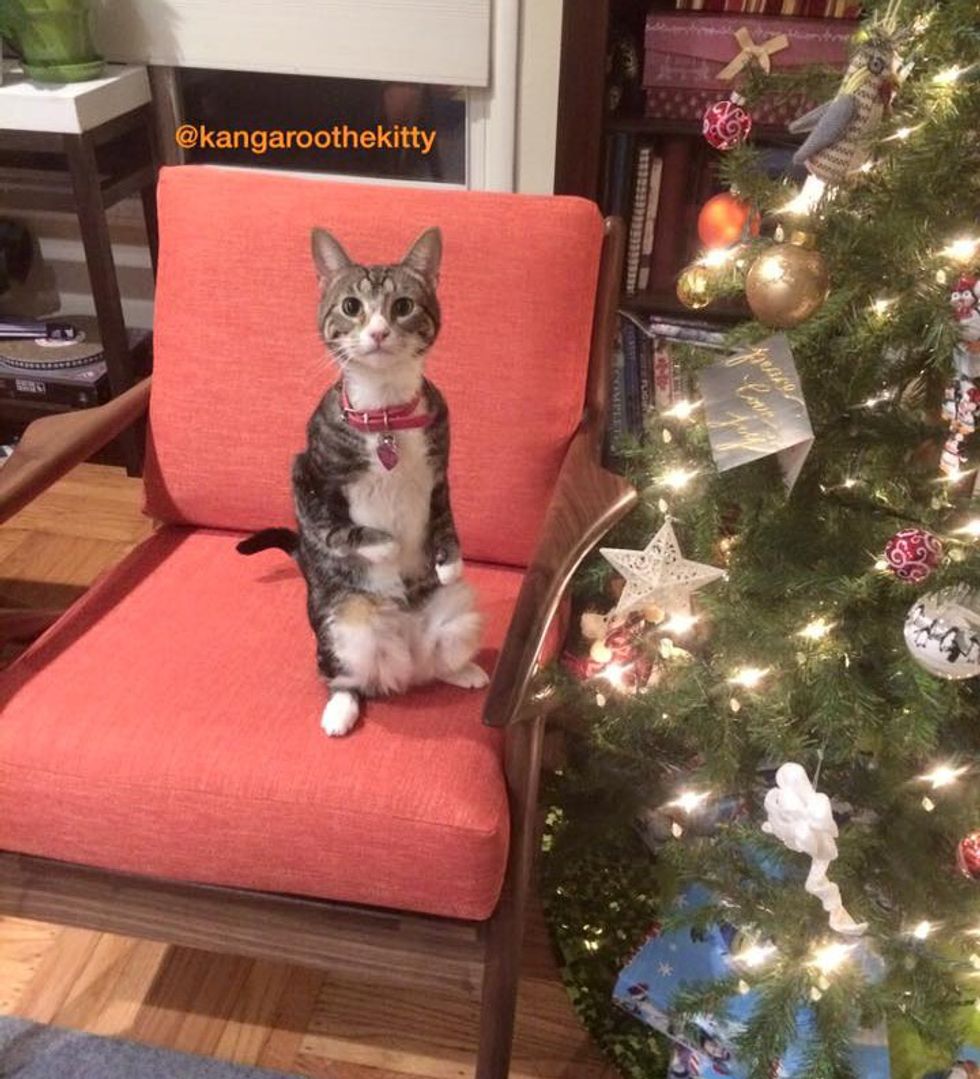 She blossomed into a beautiful tabby girl.

Right around when Kanga turned one year old they discovered that the sweet kitty had a soft spot for kittens in need. 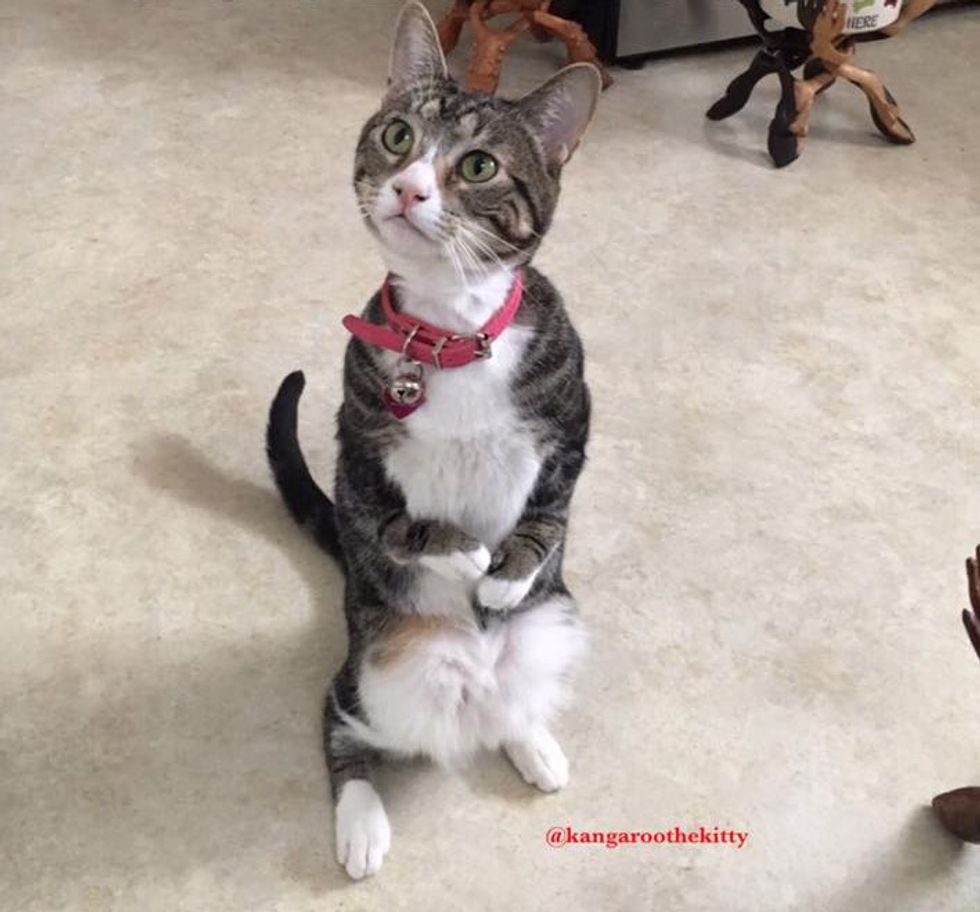 Joyce started bringing home foster kittens in May 2015, and Kanga fell in love with their first foster, Hector. From that day on, she became the foster mom for their rescue kittens.

"Kanga Roo, the protector, was in full mama mode. The babies were eating and she heard a noise so she looked up to see what was up." 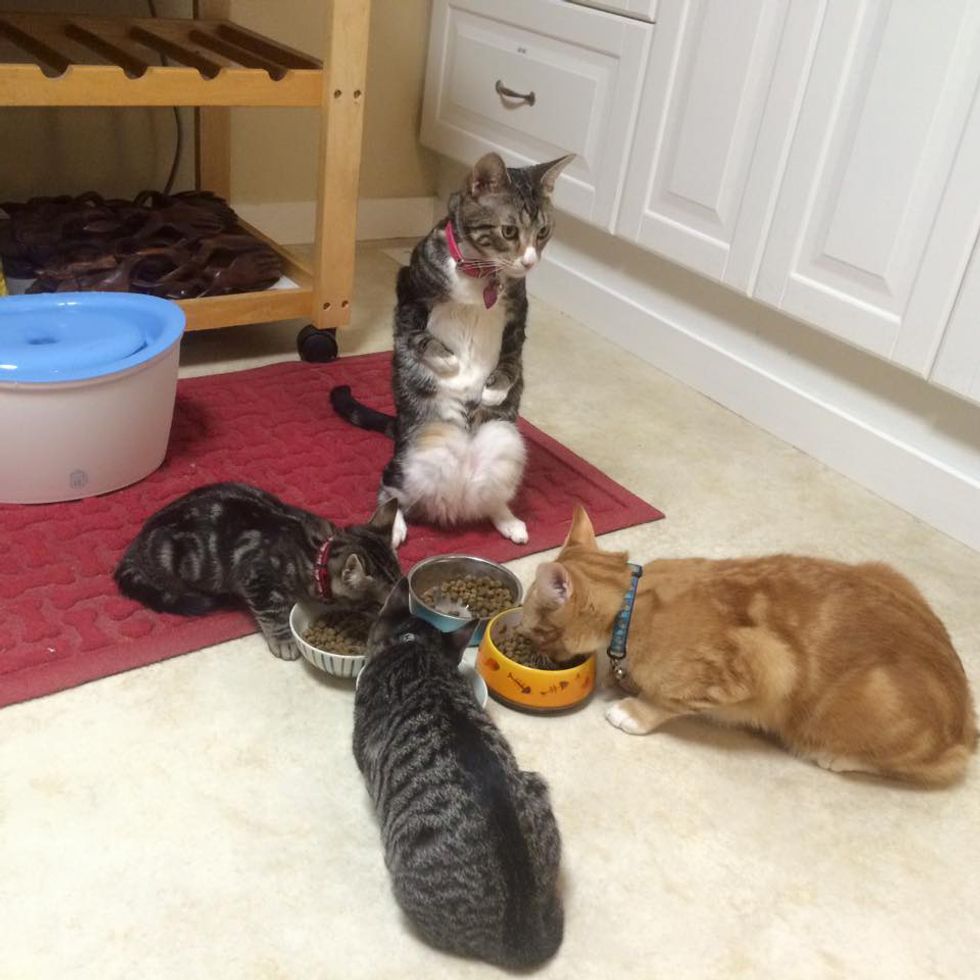 This is Kanga and her most recent foster, Baby Alealani, who was also born with the same condition.

Her little protege is learning things from her, copying everything she does. 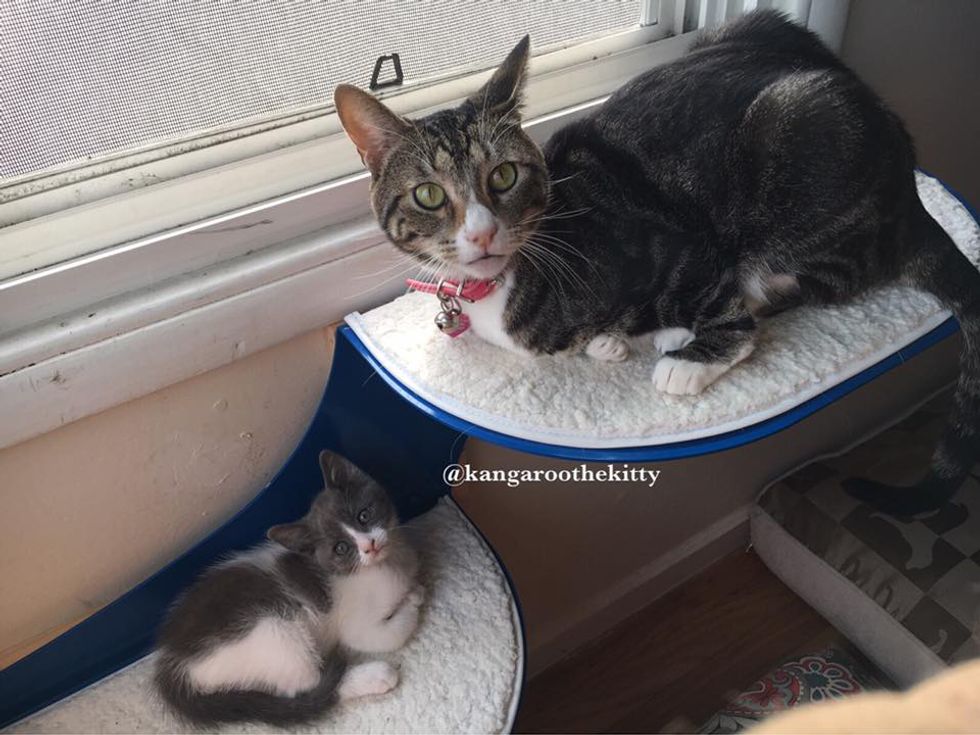 Despite her bent front legs, nothing can slow her down. 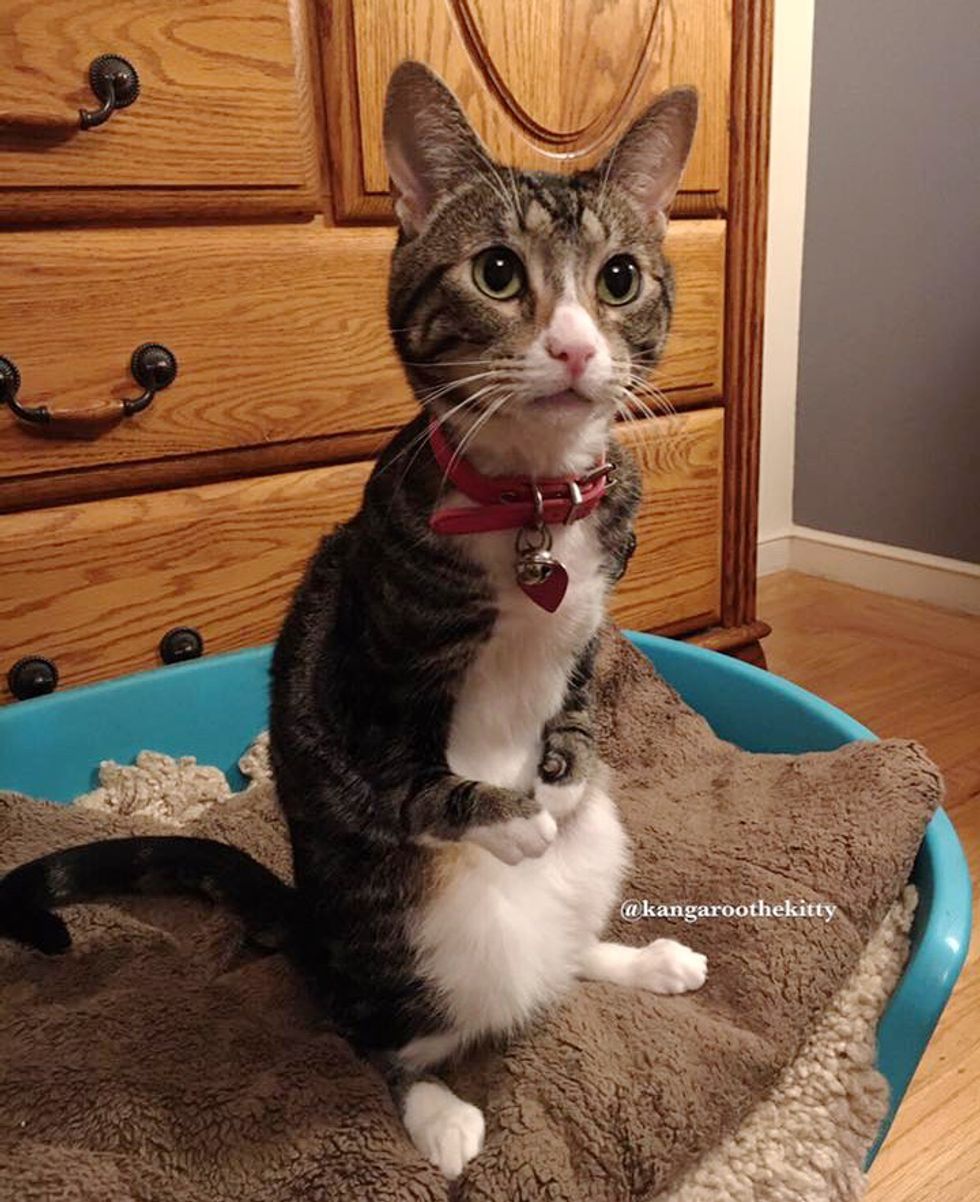