Despite being born early, this little preemie baby never stopped fighting to live. He was found just hours after he was born. After rescuers took him in, they soon discovered his unusual coat. 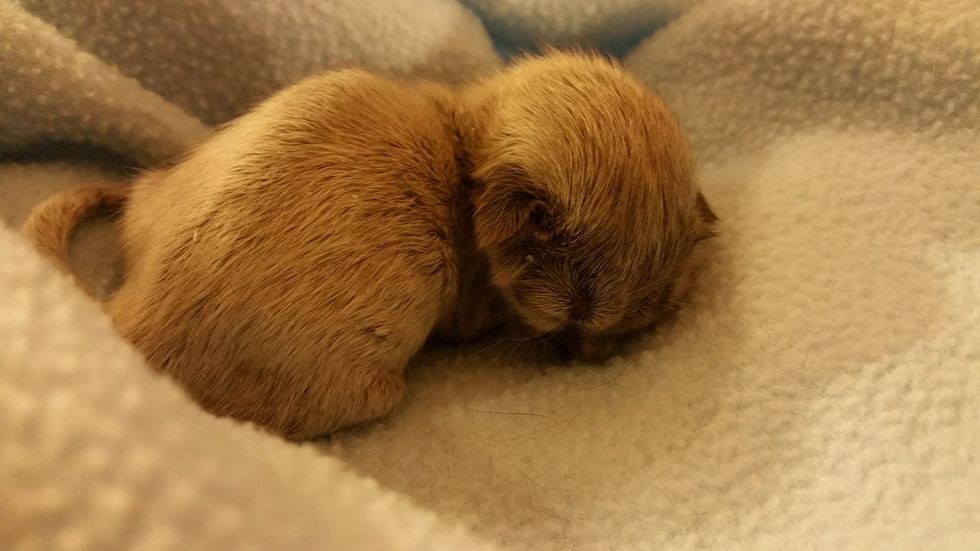 Rizzo was less than half the size of a normal newborn when he came to National Kitten Coalition in need of a lot of help. He was born two days premature but the little baby had a strong will to live!

Rescuer, Natalie, took the little defenseless kitten to Susan Spaulding (cofounder of National Kitten Coalition) who has had a lot of experience raising neonatal babies. Rizzo was just 69 grams when Susan got him. After feeding around-the-clock and a lot of much-needed TLC, the kitten gained nearly 20 grams overnight.

Two weeks later, his eyes began to open. "His coloring is called a 'fever coat' and happens when the mother cat is ill with a high fever during pregnancy." 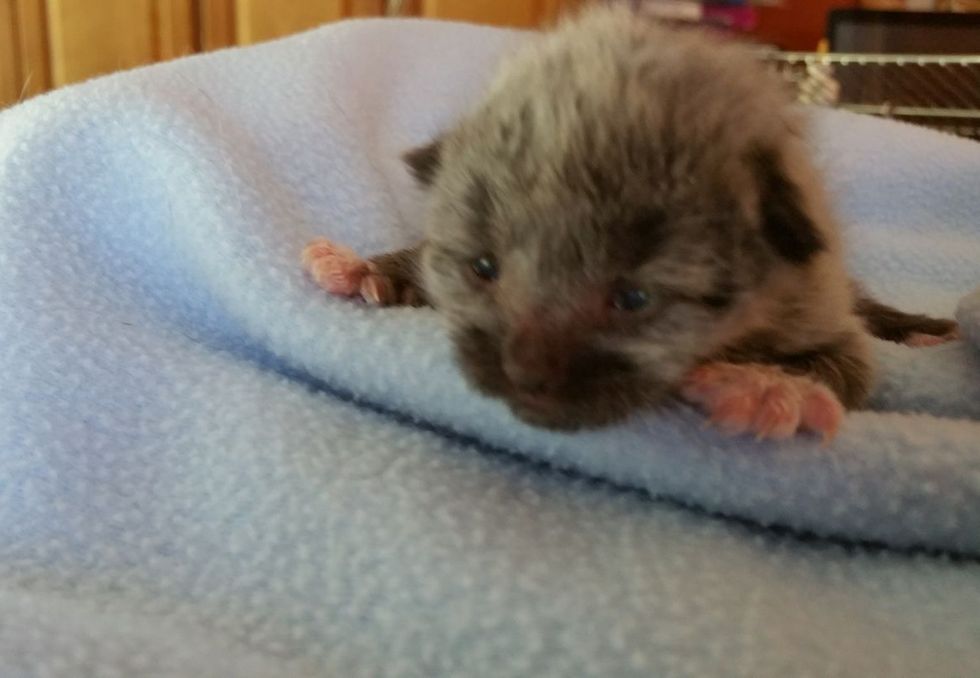 "The silver portion of his fur will eventually turn black. Just as with Siamese points, which are due to a temperature sensitive gene, the coloring shows darker on his extremities because their temperature is cooler."

At 6.3 ounces, his eyes were wide open, and his coat was silver and very unique. 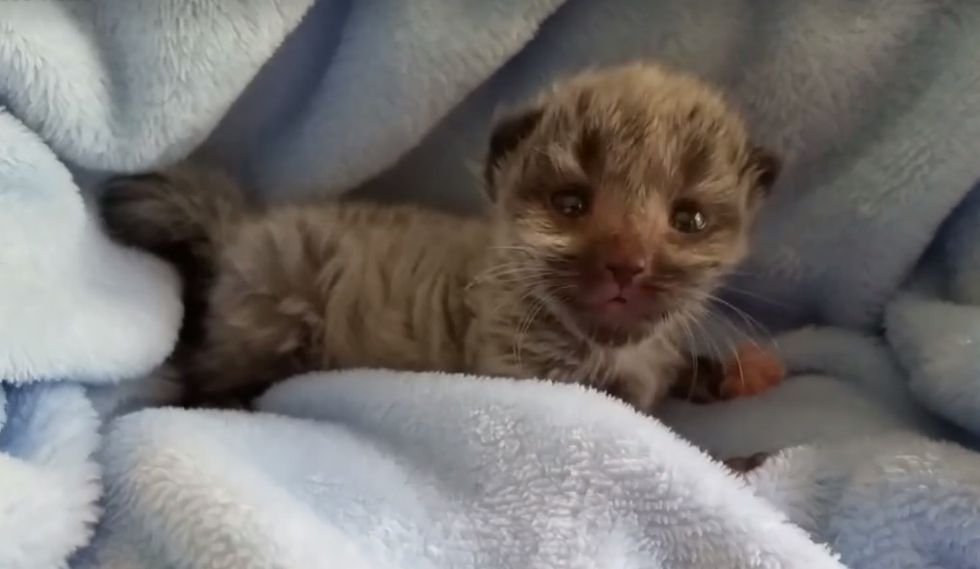 "I have had about a dozen of them over the years...always look very Siamese in coloring and all have eventually turned black where they were silver.... usually between 6-8 weeks," Susan said.

"A couple of mine in the past seemed to keep almost a silvery undercoat even though they were basically black," Susan added.

Rizzo has white toes and white on his chest and face so he will be a handsome tuxedo once he grows out of his fever coat. 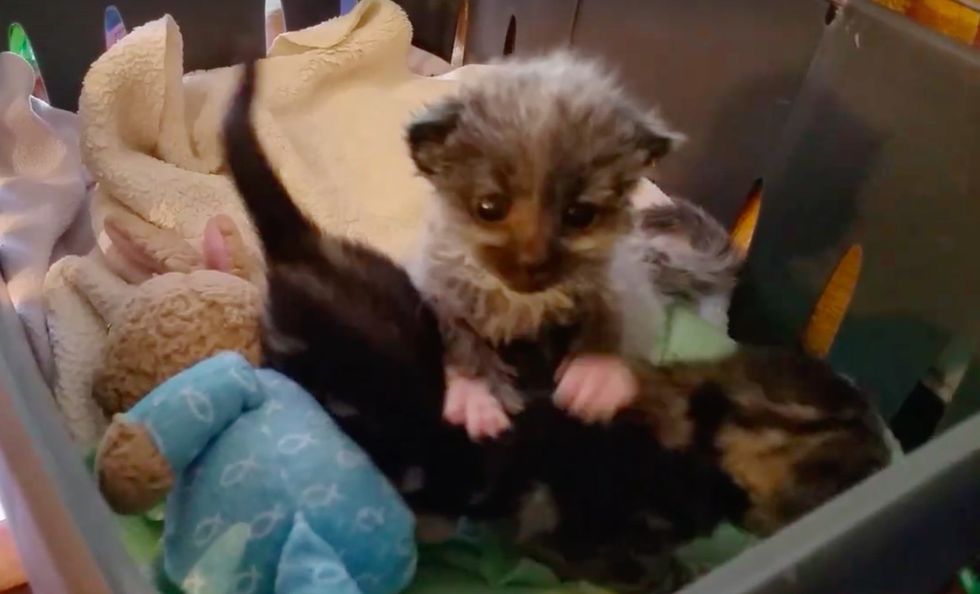 Rizzo bonded with another rescue kitten at his foster home.

"He continued thriving, joined his new foster sister, Zoey, and has now returned to the rescue to find his forever family," National Kitten Coalition said.

"His coat is slowly reverting to black and he will be a very handsome medium haired tuxedo one day soon." 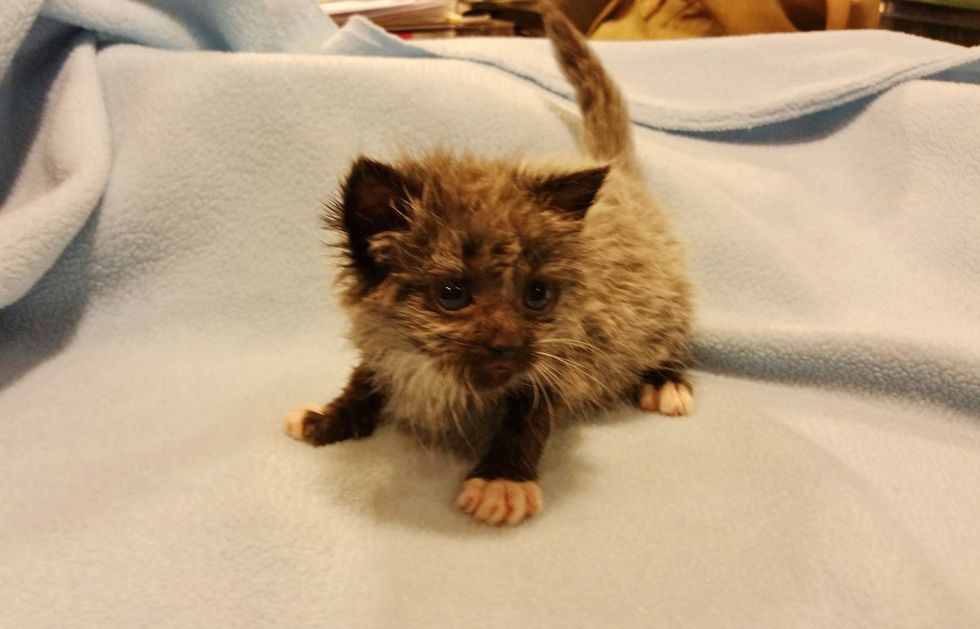 Two months after the rescue, little Rizzo has grown into a fluffy kitty.

He's befriended many foster kittens at the rescue and they can't wait to find their forever loving homes. 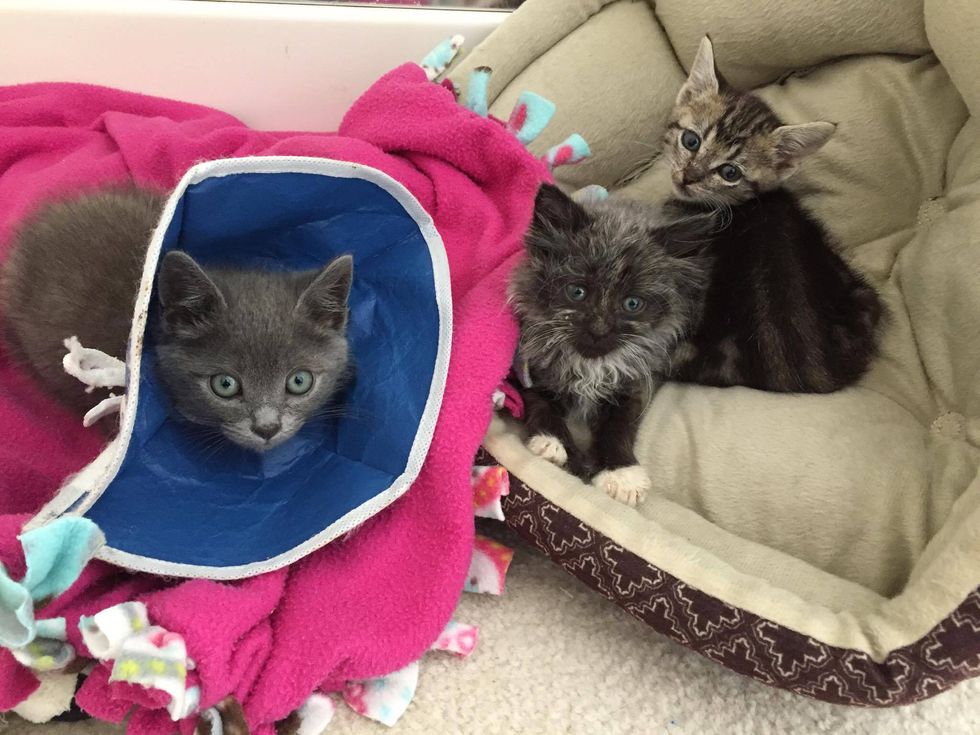