A tiny kitten fought his way to survival. He lost a paw, but gained a full life! 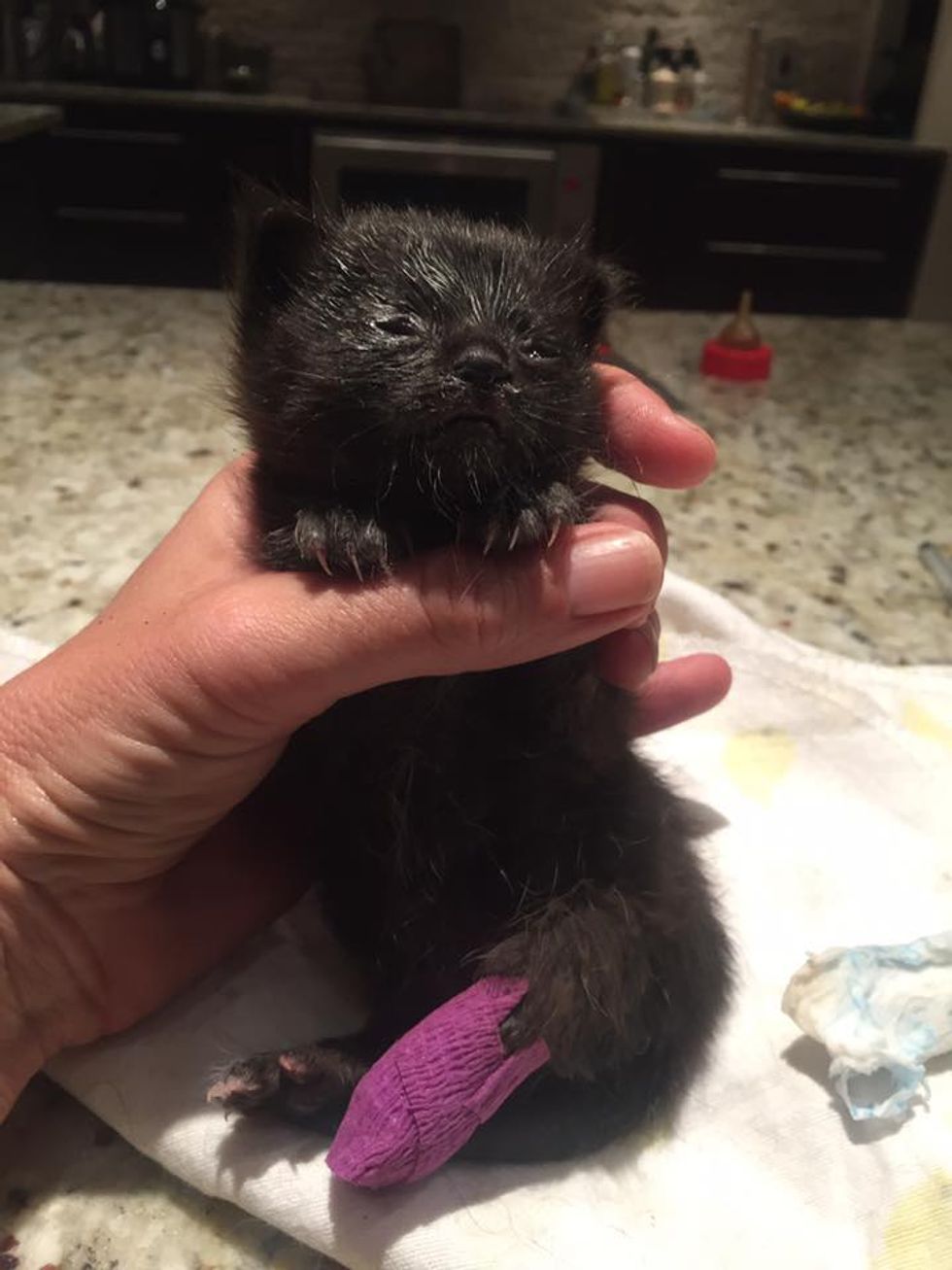 In October, staff at the African Maritime Services in Cape Town heard cries coming from the factory and started tracking in on the sound.

They thought it was a bird in distress initially but were later surprised by what they discovered. "Much to our amazement we eventually identified the sound as emanating from inside the wooden reel. On looking closely with a torch we saw three very small kittens (eyes still closed) hiding in the reel's core," Rob said.

They carefully got the kittens out, but two of them had already passed away. The surviving black kitten was fighting to live.

"We were amazed that not having had food or water for at least 3 days as well as having a severely injured paw, he was still able to survive and raise the alarm." 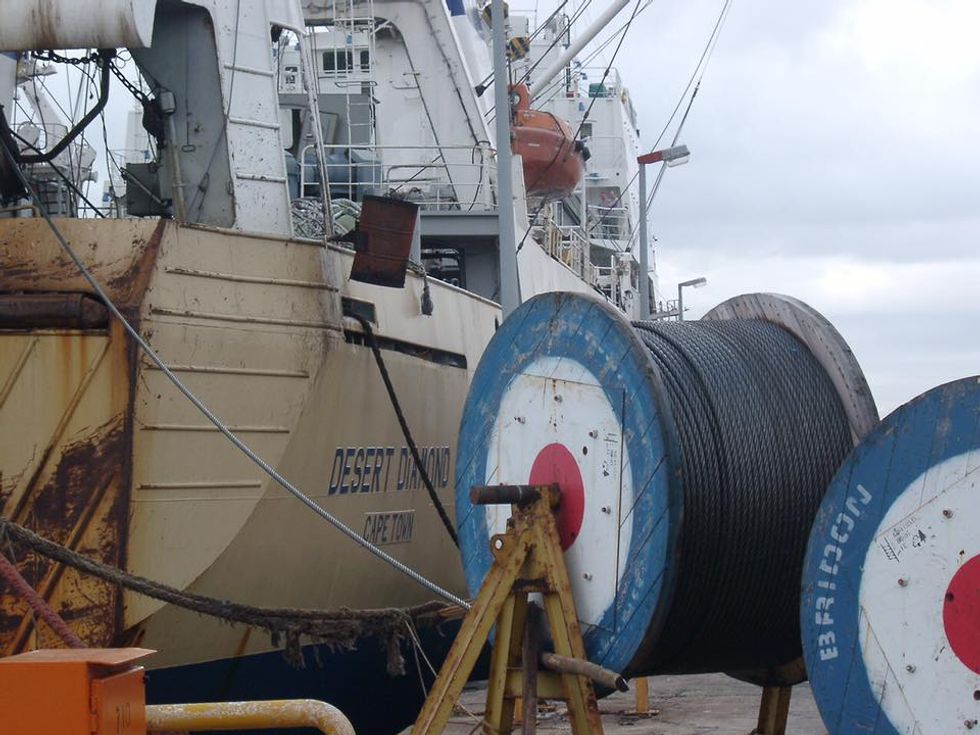 Kittens found inside the wooden reel.Courtesy: The kitten cottage

One of the employees quickly fetched water for the little kitten and carefully fed it to his mouth. He held him close to his chest to keep him warm.

"I called my wife, Sue, and told her we needed help urgently. She and our daughter, Louise, quickly arranged to collect Billy and delivered him to the Kitten Cottage." 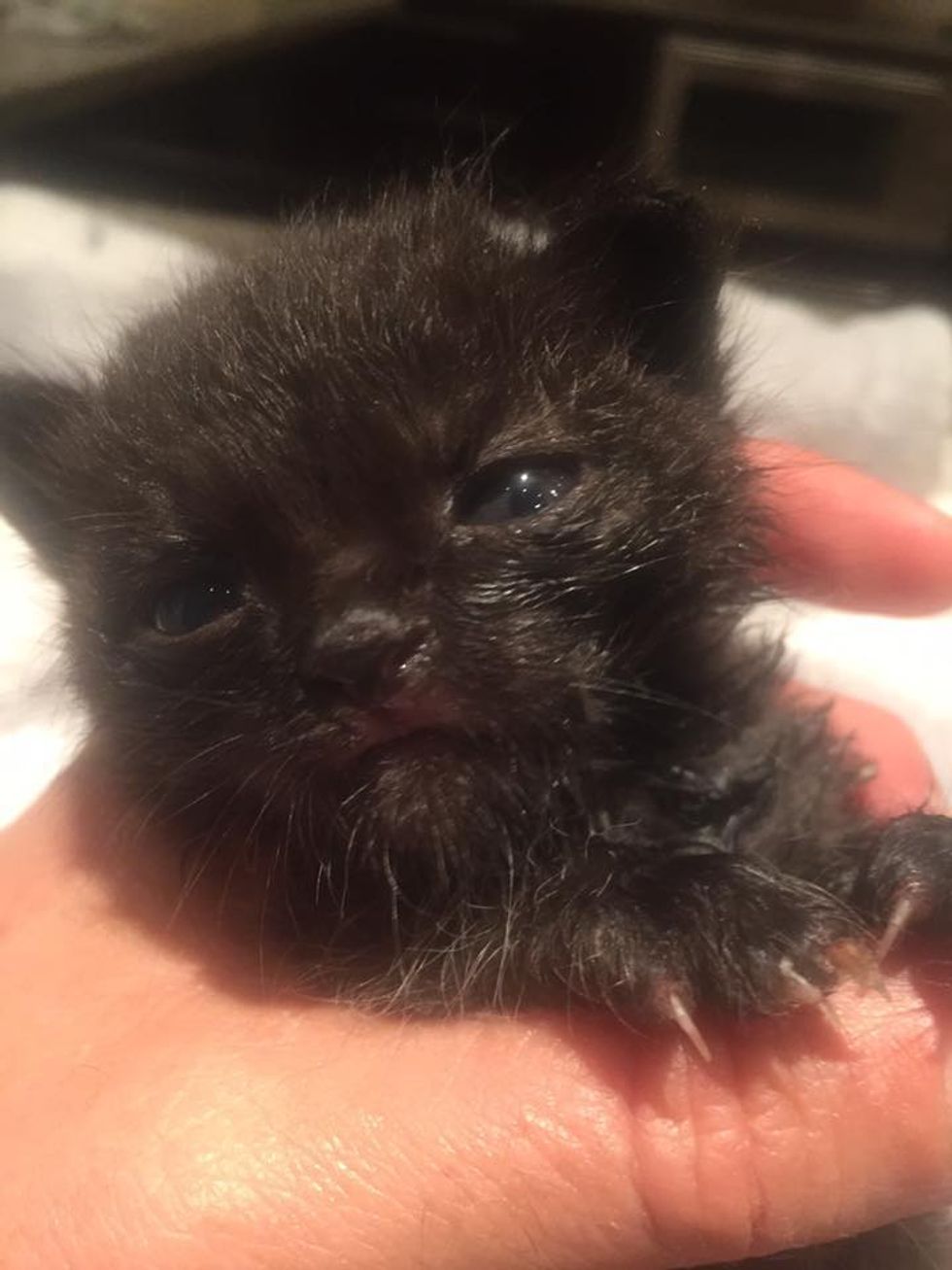 The tiny fighter was put in the good hands of Paulette from the Kitten Cottage. She took him home to foster and cared for him around the clock.

The little fur buddy started to heal and got stronger every day. 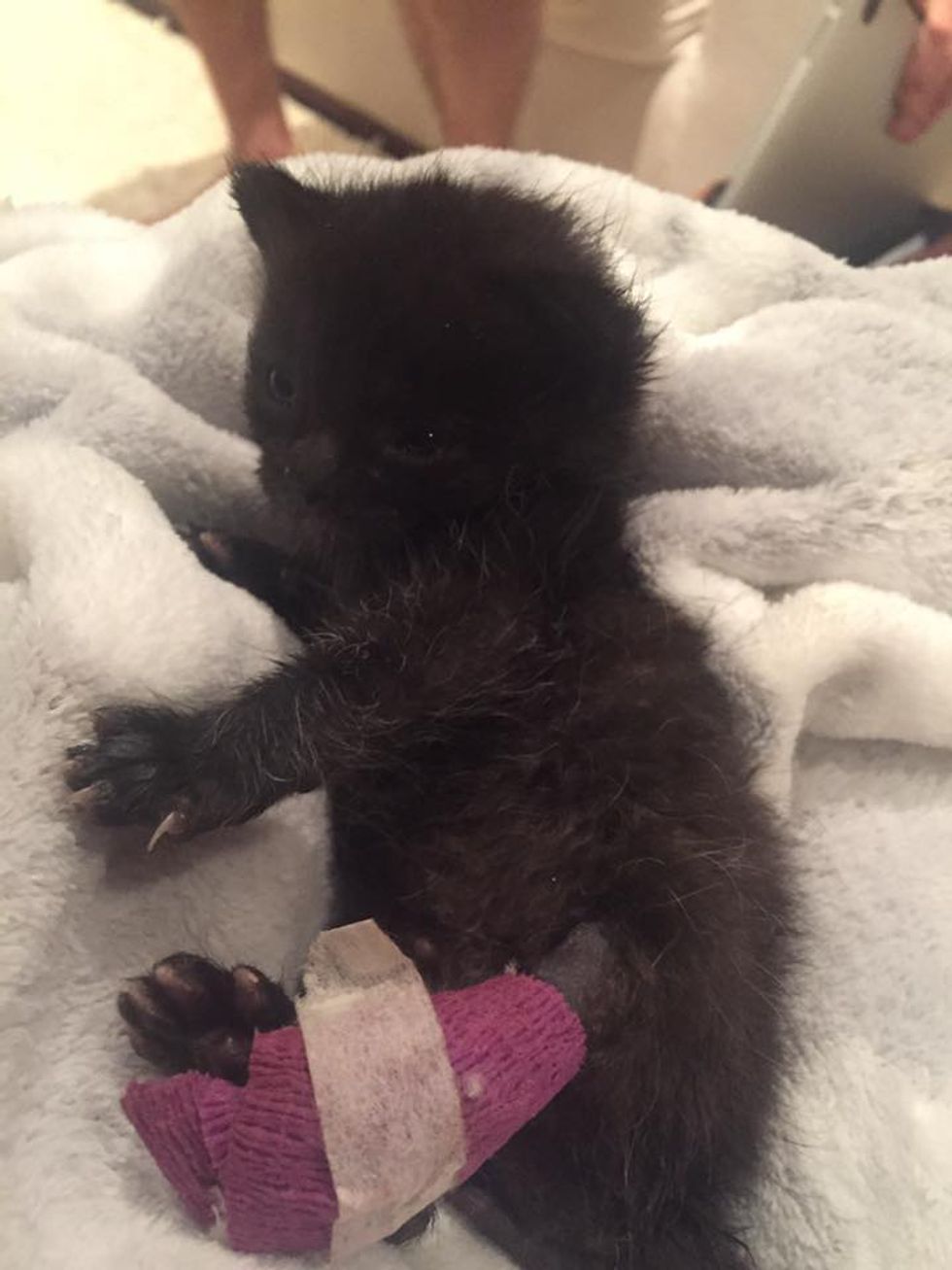 After three days of antibiotics, love and care, little Billy's eyes cleared up.

He lost his bad paw, but learned to adapt to living with three paws like a champ. 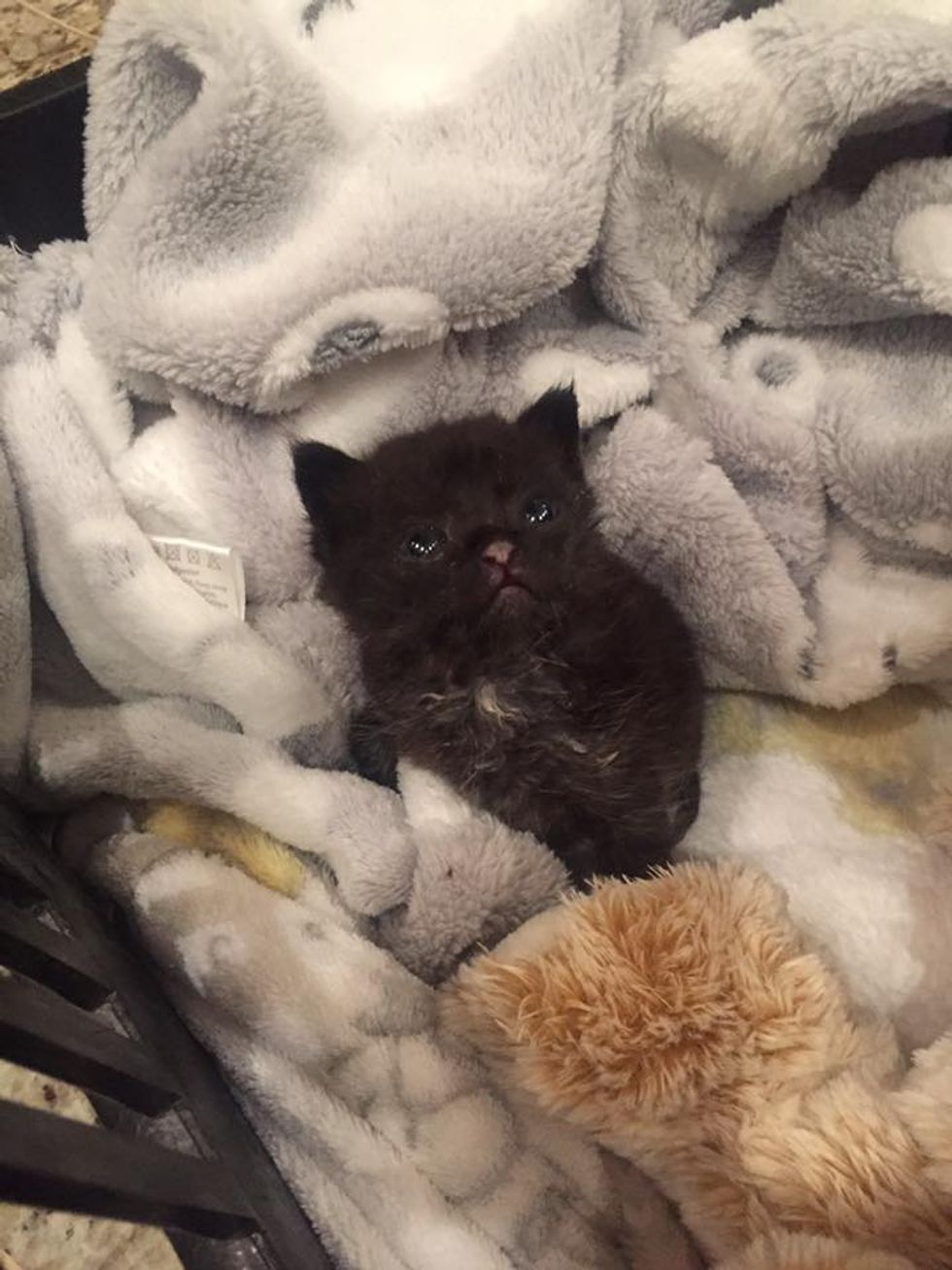 Adorable little Billy is quite the charmer! 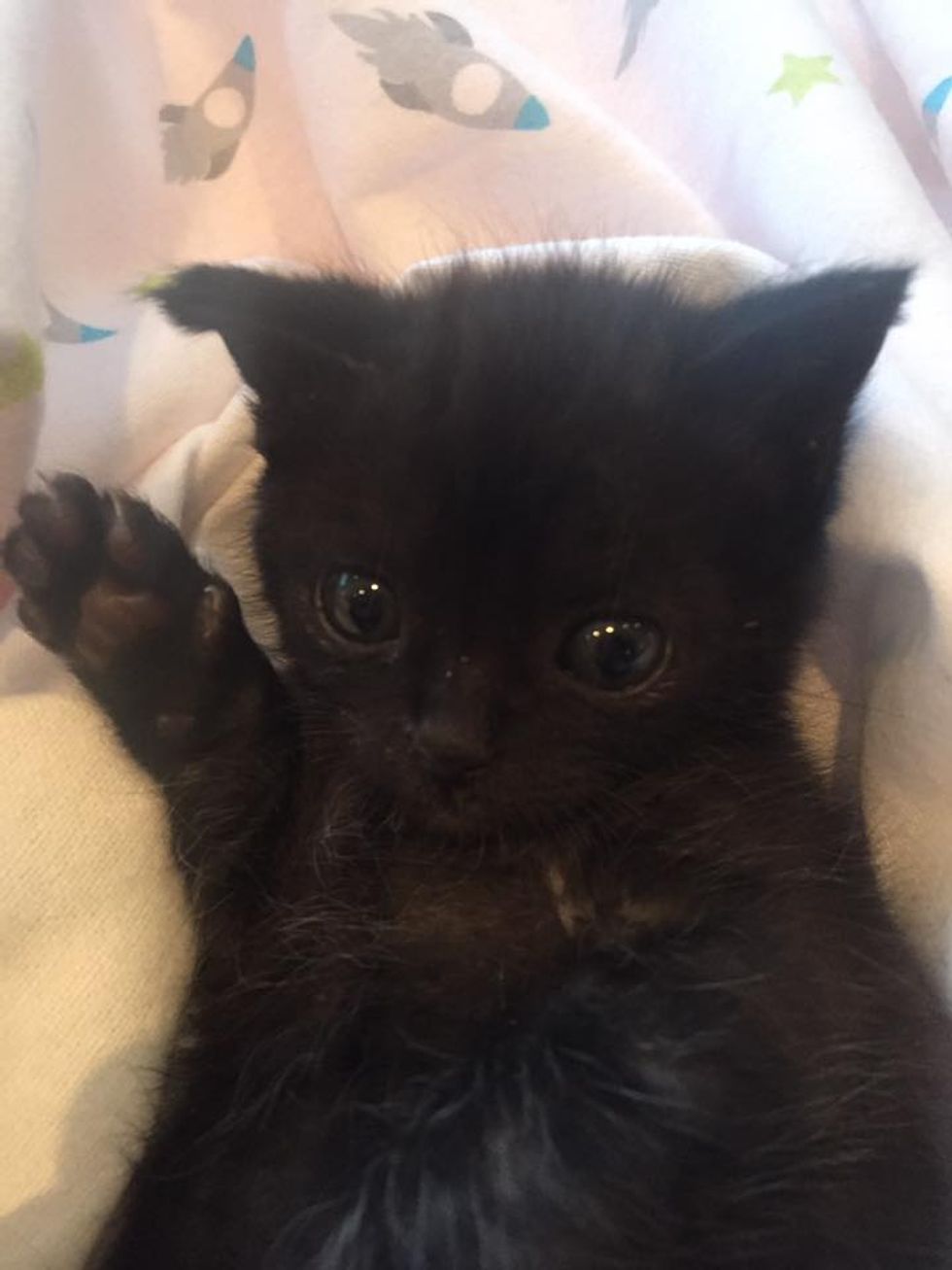 Billy has grown so much since he came to the Kitten Cottage. He loves playing in the garden and can run around on his three paws like a pro. 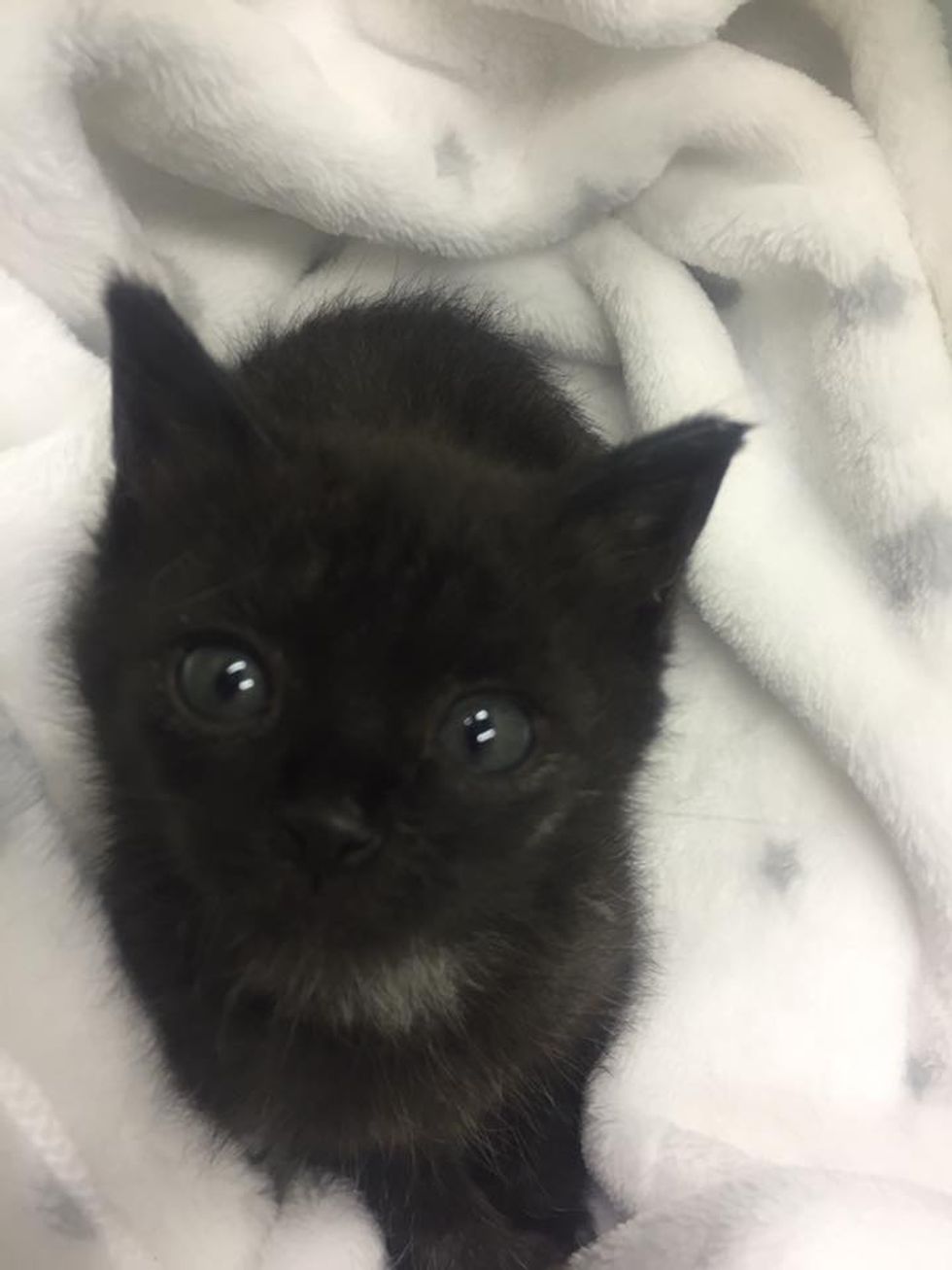 The little buddy's leg has all healed up. He is ready for his next chapter in life.

Billy climbed up a tree in the garden, loving all the life adventures. 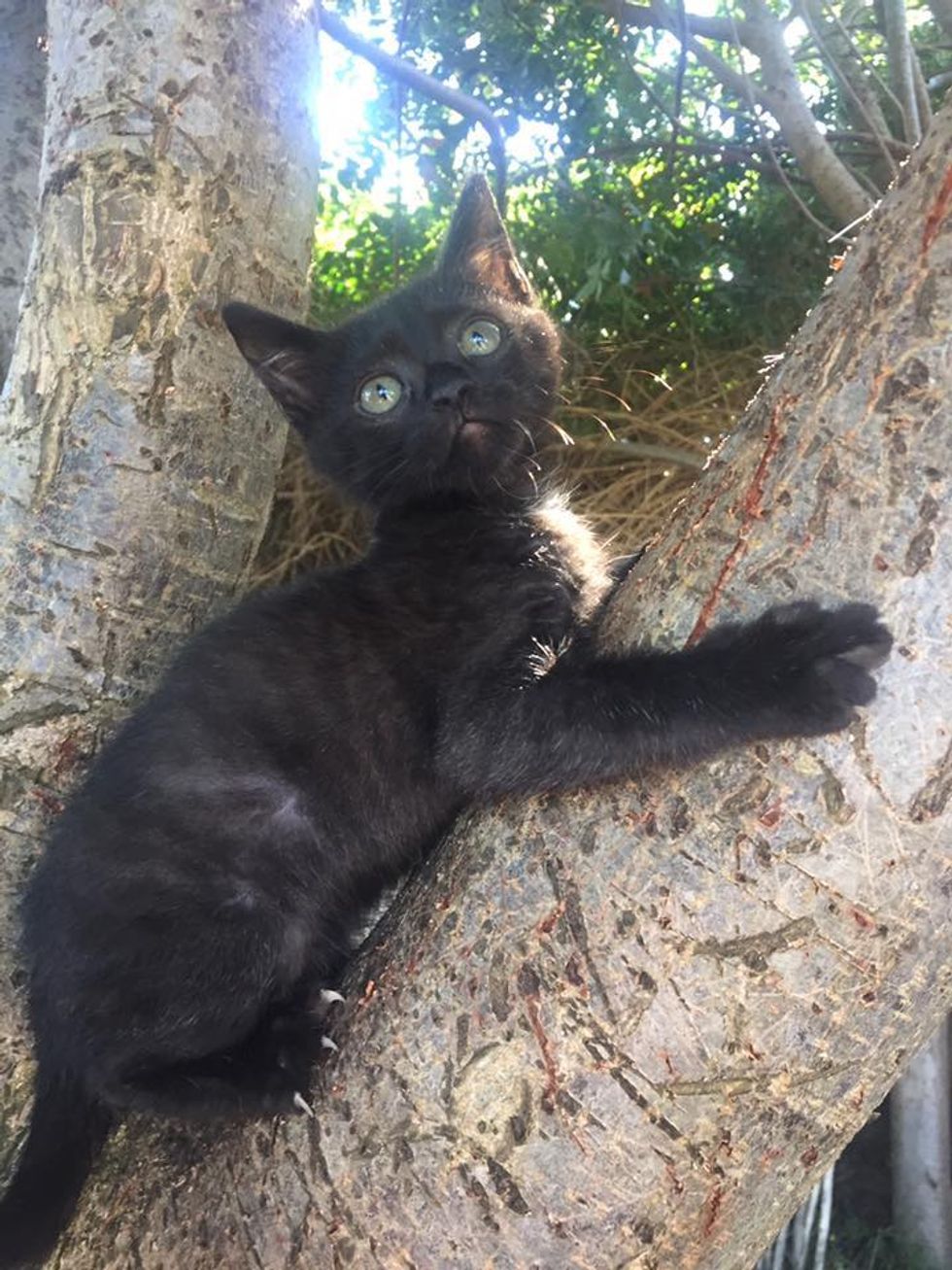 Little Billy after he was rescued. What a fighter!


Billy playing with Diesel, another rescue kitty at the Kitten Cottage.